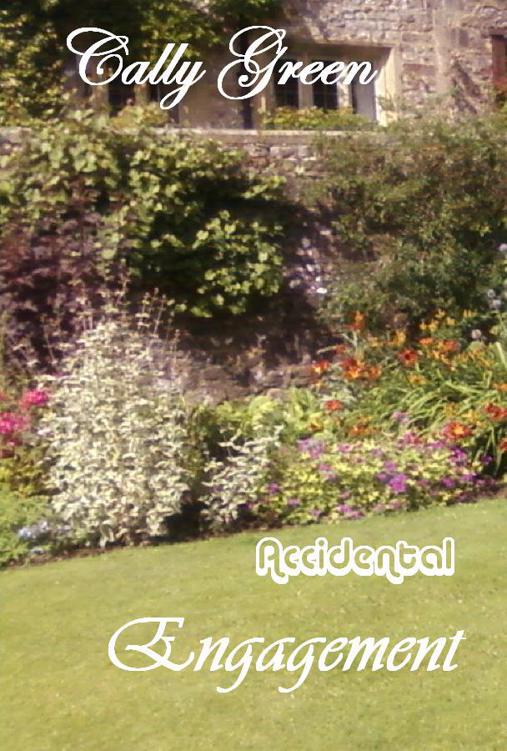 The right of Cally Green to be identified as the author of this work has been asserted by her in accordance with the Copyright, Designs and Patents Act 1988

No part of this publication may be reproduced, stored in a retrieval system, or transmitted in any form or by any means without the prior permission in writing of the publisher. Nor be otherwise circulated in any form of binding or cover other than that in which it is published and without a similar condition including this condition being imposed on the subsequent purchaser.

This book is a work of fiction. The characters and incidents are fictitious. Any resemblance to any real person or incident is entirely coincidental and not intended by the author.

Mark Raynor
was
standing in front of the huge window
in
his penthouse apartment
. It looked over the river
Thames
and afforded one of the best views in
London
.

‘So when are you leaving
London
?’ asked Roger, his one-time business partner and childhood friend.

‘You know that, as soon as you arrive in the country, your aunts will start trying to find you a wife?’ said Roger.

‘Of course. Which is why I’ve thought up a plan to forestall them. I’ve told them I’m engaged.’

‘You’ve done
what
?’ asked Roger, spluttering into his drink.
‘Wasn’t that rather drastic?’

‘Perhaps,’ Mark acknowledged. ‘But I had to do something. Otherwise my summer wou
ld have been one long round of
annoyance, trying to avoid every female trap that had been set for me - with or without my aunts’ help.’

Mark turned round, revealing the darkly handsome good looks that had made him such a magnet for women over the last ten years.

‘But inventing a fiancée? It’s bound to lead to trouble.’

Mark raised one dark eyebrow in surprise. ‘I don’t see why.’

‘Well, I mean . . . ’ Roger laughed. The idea seemed rife with problems to him, but there was no point in saying so, because whatever he said Mark would only shrug it off: the word “problem” was not in Mark Raynor’s vocabulary. ‘It’s fraught with difficulties,’ he said.

‘Such as?’ queried Mark.

‘Such as how will you cope when your aunts want to meet her?’ asked Roger, voicing the most obvious question.

‘That’s easily solved. I’ll just tell them that ”Annabelle” is touring for the summer. Abroad.’

‘And when the summer is over?’ asked Roger.

Mark helped himself to a drink from the tray by the win
dow and then crossed the large
modern room. He sat down on one of the cream sofas that were arranged around the flat, its clean lines skilfully complementing the rest of the simple but expensive furniture. ‘We’ll have a convenient falling out.’

‘Some other woman?’ asked Roger, getting into the spirit of things.

Mark’s dark eyes showed a gleam of humour. ‘What else?’

‘But seriously, Mark, a fiancée?’ he asked.

‘If you can think of a better way of getting through the next six weeks without constant harassment then I’m open to suggestions,’ replied Mark. ‘If not, “Annabelle” stays.’

‘Some men wouldn’t call it constant haras
sment,’
said Roger with a twinkle in his eye. ‘Having a string of beautiful women chasing them is some men’s idea of heaven!’

‘For beautiful, read predatory,’ said Mark with a hint of distaste.

Roger hesitated. Then, with apparent lightness he said, ‘You could always try a real fiancée.’

Mark’s mouth became tight. The movement stretched his olive skin across his high cheekbones and accentuated the carved planes o
f his face. ‘I’ve tried that,’
he said. There was an undercurrent to his voice, and just for a minute his eyes were dead. There was an uncomfortable silence.

Then, to lighten the mood, Roger spoke again. 'So, why is y
our fiancée abroad?’ he asked. ‘
Is she an ambassador? Or a pilot?’ He grinned. ‘Or is she Greek?!’

Mark laughed at the joke. The tension went from his face and his body relaxed. ‘She’s a pianist,’ he said, stretching out one arm along the back of the sofa. ‘Classical. And at the moment she’s on tour.’

‘Very nice,’ said Roger appreciatively. ‘And what does she look like, this pianist? They’ll ask, you know.’

‘You won’t be able to do that wh
en you get home. Your aunts’ll
want to know everything about her. How tall she is, what sort of clothes she likes, the colour of her hair . . . It’s going to be a lot harder than you think.’

Mark smiled. ‘Are you by any chance trying to talk me out of the idea?’

‘Just warning you,’ said Roger, putting down his glass. ‘Deception’s a dangerous game.’

Mark’s smile broadened:
Roger had a knack of seeing problems where none existed. ‘This isn’t some major political gambit. It’s just a way of buying myself some peace for the next few weeks. I have to be in
Nottingham
to oversee the opening of the new
Midlands
branch of Raynor Enterprises and I don’t want my aunts matchmaking for me whilst I’m there. They might plague me to tell them all about “Annabelle”, but it won’t be as bad as them plaguing me to take out every woman in the neighbourhood. If there’s one thing Claire and Emmy hate it’s a man over thirty who hasn’t settled down. And when that man over thirty -’

‘You’re not thirty until the end of September,’ Roger interposed.

‘ - just happens to be me, they make a determined effort to do something about it. They’ve already lined up half the eligible women in the county - which means anyone between t
he ages of sixteen and sixty -
and are “dying to introduce me” as soon as I set foot in the door. No. Satisfying them as to “Annabelle’s” appearance and character might be difficult, but it won’t be nearly as difficult as explaining why I won’t marry any of the women they have carefully chosen for me - or any of the women who have chosen me for themselves.’

Mark grimaced. The undercurrent was back in his voice. ‘I’ve had my fill of nice women,’ he said. ‘Nice women are never what they seem.’

It was the following morning when she opened her eyes.

She opened them slowly and painfully, and let them rest on what they saw. A ceiling. The ceiling was a long way away.

For a while she was content just to lie there and look at it.

It was a high ceiling.
It was painted in an old gold colour.
It didn’t look familiar, but at the moment that didn’t trouble her.

As she lay there, she gradually became used to the sensation of being
conscious. And then she began to realise that there were pains in her arms and legs.

She shifted experimentally.
Her right leg didn’t feel too painful. She was aware of only a dull ache above the knee. But her left leg - yes, her left leg
hurt
. Her arms - she moved them slowly, painfully -
her arms felt as though there were needles
sticking into them.
A
nd her neck - she moved it slightly and winced - her neck was tender and sore.

What was she doing here? she wondered. Why was she lying in bed?

It was light outside the window. She could hear birds singing, and see gleams of sunlight streaming in through a small gap in the curtains. Flowered curtains.

She didn’t remember any flowered curtains.

She seemed to remember - but no, it had gone. She had thought she remembered - something. A window? She started to shake her head and the instant pain reminded her that it would be better not to move. But although she realised it would be better if she kept her body still there were no such restrictions on her mind. Slowly it began to be active.

She was lying on a bed, that much she knew. And she was in considerable pain. And outside the window it was broad daylight. Therefore she must be -
ill?

She turned the new idea over in her mind. An accident? Possibly. But what
kind of accident?

Had she fallen? Had she -

Her thoughts were interrupted when an elderly woman with a kind face stepped through
the door.

‘You’re awake!
Good! We’ve been quite worried about you. It was a nasty smash.’

‘A smash?’
asked
the young woman
.

‘
Yes. The accident. Don’t you remember?
I’ve written to the council three times about that bend,
I knew there would be an
other
accident there one day. Luckily, you only had
cuts and bruises, but I still think you should go to the hospital. When you’re -’

‘No. No hospitals.’ The young woman’s voice was adamant.

Now why did I say that?
she thought, as soon as the words were out of her mouth.

The older woman looked at her curiously. ‘That’s what you said at the time.
I was all for taking you to the hospital at once - you managed to stagger to the house before you collapsed - but you wouldn’t hear of it. “No hospitals”, you said. Do you have any idea why?’

‘Yes.
In Nottinghamshire. It’s the place you were heading for.
And
as to who you are, why, that’s simple. Your name’s Annabelle Chambers.’

‘Annabelle.’ She tried out the name. ‘Anna -
belle
? The Anna part sounds familiar, but -’ She frowned.

‘You probably shorten it,’ suggested the older woman.

Annabelle nodded. She wasn’t sure that was the right explanation but she didn’t have the energy - or the desire - to argue. At least not for the time being. ‘And I was coming here, you say? It’s funny, I don’t remember you.’

‘That’s because you’ve never met me. I’m Emmy. Mark’s aunt. And now I really do think we ought to get you to a -’

Annabelle gave a weak smile: the muscles which controlled the movement were sore. ‘It will come back to me.’