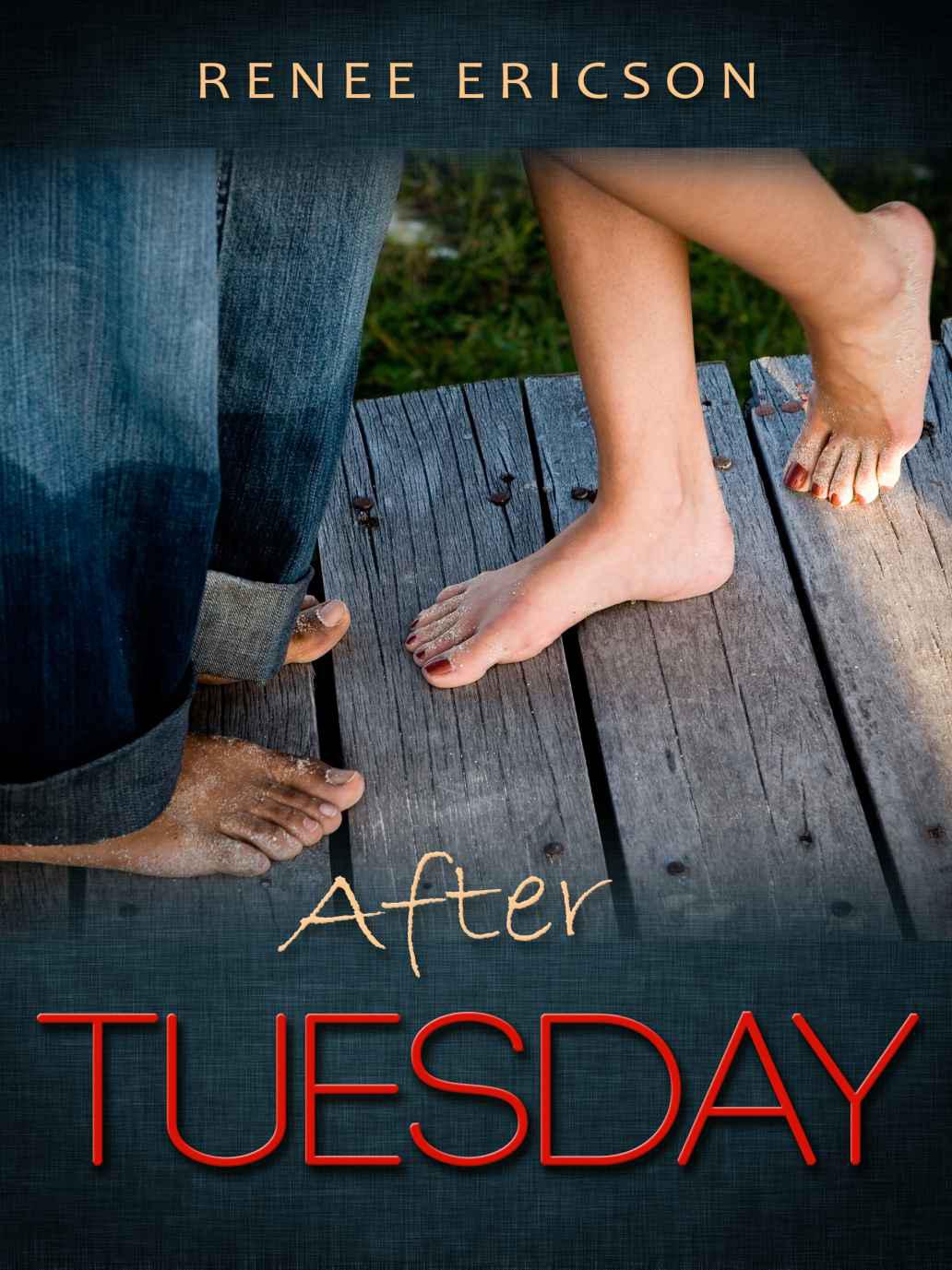 ~To Hope and Possibilities~

Thank you for always being within reach.

I hate Fridays.
What teenager doesn’t like Fridays?
Today is Friday, and I have to go home.

I love my summer job. Camp counselor extraordinaire comes with many benefits, like being able to spend time outdoors. Mother Nature is such a gracious host, but the number one reason I have this job as a counselor is because it’s an overnight camp, so employees are required to stay on-site Monday through Friday. The pay is only $300 a week, but we get free meals, access to all camp amenities, and a place to stay. In my eyes, the last perk is the most important. However, the counselors always have to leave on the weekends, so the camp can be prepared for the kids that will arrive the following week.

Fridays are also my day to attend to the dock by the lake. Cleaning it up and organizing supplies. Actually, I share this task with Lexi, who has turned out to be pretty cool. We go to the same school, but we have just become close over the summer.

Almost two years ago, I moved to this little town in Illinois with my father, so he could take the only job he could get, working in my uncle’s garage. By the time I arrived during sophomore year, most people were pretty set with their group of friends, but I made a few acquaintances at school. Sure, I’d had friends in Colorado, but here, I just didn’t make an effort. I wasn’t excited about the move in the first place, so it left me feeling bitter.

It doesn’t matter though because I just have to accept what’s given to me. Also, being raised by a single parent with no siblings, I’m used to being on my own.

While working together at Camp White Ash, I’ve found that Lexi is intoxicating to be around. We seem to click. The girl is hilarious, infectious, and so ridiculously bubbly that there’s no way I couldn’t be her friend. I have no idea where she stores all her energy. She’s also a sucker for summer romance. She once told me that she took this job, so she could have a “hot wilderness fling” with a Paul Bunyan type. Unfortunately, most of the hotties are not employed at Camp White Ash. They must have found work elsewhere for the summer.

Anyhow, we’ve just completed a canoeing session with the last group of kids. Soon, we’ll need to head over to the main lodge for this week’s final good-byes. Families will be arriving to pick up campers who have spent five days making unforgettable memories to last a lifetime.

Lexi and I have an hour to close up the dock before all the counselors have to be at the lodge for the traditional farewell festivities. We alternate checking the lake for lost items. Today, it’s Lexi’s turn while I count and lock the supplies in the shed. Usually, the only lost items we find are boys’ underwear.
Gross.
How those end up in the lake every week has never been confirmed, but we’re very suspicious of the male counselors.

After accounting for all the supplies, I walk out of the shed and look at my watch on my now summer-bronzed wrist. We have forty-five minutes to spare, and Lexi is still checking the lake.

Hopefully, she doesn’t take much longer, so we can take the long path that runs alongside the creek to the main lodge. I love walking along the water. It always seems to change my perspective about life in general with the way it flows through the stillness. It’s like a moving and rushing entity in a world that’s so solid. Sometimes, I wonder about the adventures and places every drop of water finds because of that creek.

I turn around to lock up the shed before I walk to the dock to wait for Lexi to finish. As I click the padlock in place, I’m startled by a male voice behind me.

“Excuse me? Is this where we pick up the kids?”

Every week, without a doubt, some parent turns off the road too soon and ends up here instead of at the main lodge. Apparently, my suggestion to make a more visible sign has not been taken seriously by those running the camp. I always feel bad for the parents who have to walk 300 yards back to their cars because they usually end up being late for the final festivities. This guy is lucky though; he still has plenty of time to make it since he’s about an hour early.

“No,” I answer as I tilt my head to the side, my long dark ponytail swinging against my shoulder. Wiping my hands on my khaki shorts, which are standard camp uniform, I turn to face him.

“Oh. Well, can you tell me where to go?” he asks, stopping his approach as the words cross his lips. His green-gray eyes meet my brown ones and I stop all movement.

Crap!
I know this guy. Well, I don’t really
know
him. We go to school together; we’re even in the same grade. Everyone knows him.
Brent Cromwell.
By each high school girl’s standards, he’s only one of the hottest guys in school.

I’m not generally the type of girl that oohs and aahs to the point of almost fainting at the sight of a guy. If I were, his undeniable hotness would understandably make me fall to the ground. There’s no denying that he’s cute, especially when he flashes a grin that somehow makes his dimples appear out of nowhere on his cheeks. Let’s not forget his dark wavy hair and contrasting magnetic eyes. If that’s not enough, the guy is also the captain of our state championship soccer team, so of course, he has a lean and muscular body. He’s totally what most girls dream about when they aren’t thinking about boys in books and movies.

Brent also happens to be dating our school’s version of America’s sweetheart, the beautiful and smart Francesca Vale. Everyone, myself included, calls her Frankie. We were in the same Chemistry lab last year. She is every bit as sweet as she is smart. Not all popular girls are mean girls.

“Sure, you just need to head farther up the drive, and you’ll find a parking lot where the path ends. From there, you can see the main lodge where families will meet in about an hour,” I tell him, trying to calm the heat climbing into my cheeks.

I don’t think it’s working; I must look sunburned.
Why am I blushing?
It’s because he’s cute, and he’s talking to you. That’s why, you dummy
.

Brent walks closer to me until we’re about an arm’s length apart. I watch as he furrows his brow while he gives me a sideways smirk.
No wonder he’s a hot topic in the girls’ locker room.
The dimple on his left cheek keeps inadvertently flirting with me.
Stupid cute and flirty dimple. You are not helping with my flaming cheeks.

“Okay, but I might get lost. Do you think you can show me the way? I’d be happy to give you a ride,” he offers with an unabashed grin.

What’s he doing?
It’s no secret that Brent is a friendly guy, maybe even overly friendly at times. He often gives girls the wrong impression. Yep, girls in locker rooms talk just as much as boys. It’s well known though that he’s with Frankie, so no one ever gets her hopes up. I’m certainly not going to fall for his charm. I don’t even know him. Maybe his flirting is just my imagination, and I’m in serious need of attention after having zero dates in the last year.
That must be it.
Sadly, this is what happens when the new-girl status is quickly forgotten after two weeks at a new school.
I seriously need to think about getting out more.
I’m not a freshman, so I shouldn’t be acting so ridiculous just because a cute guy is talking to me.

“Oh, I’m sure you can figure it out.” I try to sarcastically laugh off his charming behavior. “Plus, I need to finish a few things here before I head up to the main lodge.”

“I can wait,” he offers somewhat insistently.

What the hell?
He’s totally confusing me.

“Found three pairs of underwear!” Lexi shouts as she approaches the top of the small incline where we’re standing.

“Hey, Lexi. Are those for me?” Brent addresses her, casually pointing to the sopping wet tighty whities being held out at a distance by her fingertips.

Nice. Another week and another pair of undies.

“Hey, Brent. What are you doing here? And, no, these are not for you. Well…” Lexi smirks. “Unless you haven’t grown since you were ten. If that’s the case, then I’m happy to donate these to your wardrobe.”

“Ha! That’s okay. I think I’m all set. I’m here for my brother. He’s been at camp this week. I didn’t know you worked here. Is that why I haven’t seen you all summer?” Brent questions her, but he keeps giving sidelong glances in my direction.

“Yep. It’s cool. It’s good for college apps and shows I can work well in a group environment or something like that.” Lexi notices Brent looking at me precariously. “Brent, you know Ruby, right?”

“You go to Carver, right?” Brent asks me. “I think I saw you at one of the basketball games last year.”

Lexi blows out an exasperated lip-vibrating breath and then begins to giggle. “She goes to Howard with us. Didn’t you know? She’s a senior too.”

After searching my face, he directs his eyes to the ground. I assume he’s trying to place me.

“Um, yeah,” I offer weakly, “I moved here from Colorado during our sophomore year. I don’t think we’ve had any classes together.”

“Cool.” Brent gives me another look and then turns to Lexi. “Owen is having some people over tonight. Are you going?”

“He is? Heck yeah, I’m going. I thought he was out of town with his family for the summer.”

“He was, but he came back a couple of weeks ago for summer practice. His family is still gone though. I think they’ll be back in a week.” Brent turns and looks at me. “Are you going?”

I’m a little taken aback from his question. I certainly wasn’t expecting an invite. He didn’t even know me until about three minutes ago.
I bet he’s the kind of guy who invites everyone.
Lots of people are probably going.
People I don’t know too well.