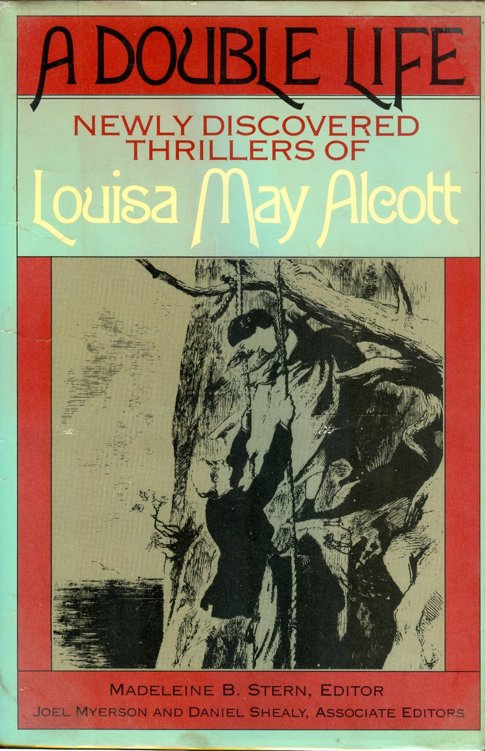 The Selected Letters of

With an Introduction by

WITH AN INTRODUCTION BY

INTRODUCTION COPYRIGHT © 1988 BY
MADELEINE B.

ALL
RIGHTS RESERVED. NO PART OF THIS BOOK MAY BE REPRODUCED IN ANY FORM OR BY ANY
ELECTRONIC OR MECHANICAL MEANS, INCLUDING INFORMATION STORAGE AND RETRIEVAL
SYSTEMS, WITHOUT PERMISSION IN WRITING FROM THE PUBLISHER, EXCEPT BY A
REVIEWER, WHO MAY QUOTE BRIEF PASSAGES IN A REVIEW.

All
illustrations are reprinted by permission of the American Antiquarian Society,
Worcester
,
Massachusetts
, except for the illustration appearing on p. 191, which is reproduced
courtesy of the Brown University Library,
Providence
,
Rhode Island
.

A Note on the Texts

A Pair of Eyes; or Modern Magic

The Fate of the Forrests

A
Double Tragedy. An Acors Story

Ariel. A Legend
of the Lighthouse

ALL
THREE editors are grateful to the staffs of the American Antiquarian Society,
Brown University Library, the New York Public Library, and the University of
South Carolina Library for making available the original printings of the texts
in
A Double Life
, and to the Houghton Library, Harvard University, and
the University of Virginia Library for permission to publish material from
their collections. VVe also wish to thank Armida Gilbert for her help in
preparing the texts used in our edition. Joel Myerson acknowledges the support
of Carol McGinnis Kay, Dean of the
College
of
Humanities
and Social Sciences of the
University
of
South Carolina
. Daniel Shealy is grateful to G. W. Koon,
Chairman of the Department of English, and Robert A. Waller, Dean of the
College
of
Liberal Arts
, of
Clemson
University
. Madeleine B. Stern acknowledges the
unceasing support of her partner, Dr. Leona Rostenberg,
\m
ho originally
discovered many of Alcott’s pseudonymous works.

BY
MADELEINE B. STERN

NEVER
AGAIN will you have quite the same image of this particular ‘little woman.’”
1

[1.] In a Publishers Weekly re\ie\\ oi
Behind a Mask: The Uiikiiowii Thrillers of Louisa May Alcott, ed. Madeleine B.
Stern (New York: William Morrow, 1975). Other quoted review's are from
Los Angeles
limes and Neu' York Times.

This
remark, made in 1975 when the first volume of Louisa Alcott’s sensational
thrillers was published, was prophetic. The picture of the exemplary spinster
of
Concord
,
Massachusetts
, who had created the perennial classic
Little
Women
was shattered for all time. With publication of her anonymous and pseudonymous
page turners, an amazed public learned that
America
’s best-loved author of juvenile fiction had
led a double literary life and that the creator of the greatest domestic novel
of the
New England
family had also been the familiar of a
world of darkness. Readers devoured her stories of madness and mind control,
passionate and manipulating heroines, hashish and opium addiction. Some
recalled that Jo March herself, the independent heroine of
Little Women
,
had also written sensational stories in secret to earn money and enjoy an
emotional catharsis. But most simply reveled in narratives whose themes were
“deceit, sin, death,” and whose heroines were “forceful, independent, sexually
demanding, and don’t do housework.” And, during the decade or so that followed,
between the mid-1970s and the mid-1980s, the scholarly world, depending upon
the implications of her fiction, analyzed and psychoanalyzed the author,
burrowed into her biography, and occasionally changed the biography to conform
with the stories.
[2]

All
this was fascinating, but never
so
fascinating as the
stories themselves, which were narrated with professional skill, insight into
character, and a revelation of intimacy with satanic themes. And always, to
those aware of the author’s enormous productivity, there was the hope that more
sensational thrillers would emerge from behind the mask of Louisa May Alcott,
more stories written in secret, dispatched to a sensational newspaper,
published anonymously or under a pseudonym, revolving about other macabre
subjects.

That
hope has been realized. Louisa Alcott’s double literary life was even more
productive and varied than had been estimated, and out of her inkstand have
appeared five “new” astounding tales, discovered in 1986, that can be traced to
her indefatigable pen. These tales will further alter her image, give fresh
food for thought to literary scholars, but above all they will enthrall an avid
readership.

Louisa
Alcott’s newly discovered thrillers were all published anonymously during the 1860s
before she began
Little Women.
Why should a struggling young author hide
her name from the public? Stephen King has written that “all novelists are
inveterate role- plavers” and find it “fun to be someone else for a while.”
[3]
The novelist’s “someone else” may be nameless. Seeking money to support the
Alcott family, which included her philosopher father Bronson, her beloved and
long-suffering mother Abbv May, and her artist sister May, Louisa assumed the
role of breads inner. She also found it “fun” to be an anonymous someone else
for a while, and the someone else
who
was able to turn
sensational stories into fifty or seventy-five dollars was a writer who dwelled
among shadows, pursuing strange and exotic themes of sadomasochism, mesmerism,
East Indian Thuggism. These were no themes for
Concord
,
Massachusetts
, where Alcott’s neighbors included the revered Ralph Waldo Emerson;
indeed, they were no themes for her own family, especially not for her father,
w ho could have conversed w ith Plato. They were themes to be embroidered in
secret into melodramatic tales that were unsigned.

Because
these “new” stories were all anonymous, their authorship was extremely elusive
and, but for clues in unpublished journals and publisher’s correspondence,
would have remained unidentified.

The
first hint surfaced in an examination of the 1863 journal entries made by
Louisa Alcott, who, thanks to Bronson Alcott’s pedagogical guidance, was addicted
throughout her life to journal w riting. In August 1863, having recently
recuperated from a severe illness sustained when she served as an army nurse in
the Giv il War, she was more aware than ever of the need for contributions to
the family treasury
.
[
4]
Her
account of her experience at the Union Hotel Hospital had been well received as
it appeared serially in the pages of the
Boston Commonwealth.
But
neither the serialization nor the subsequent book appearance of
Hospital
Sketches
would add appreciably to the Alcott coffers. Sensational stories
paid better. And so, in August 1863, the author of
Hospital Sketches
w
rote tersely in her journal: “Leslie [Erank Leslie, publisher of periodicals]
sent $40 for ‘A Whisper In The Dark,’ & wanted another — Sent ‘A Pair of
Eyes.’”
[5]

[5.] Louisa May Alcott, unpublished journals
(
bv
permission of the Houghton Library,
Harvard
University
), August 1863. I am
indebted to my co-editors, Joel Myerson and Daniel Shealv, for transcripts of
the journals.

“A Whisper in the Dark,” a fairly
innocuous story of mind control, was later to he acknowledged by its author and
so is recognized as part of the Alcott canon. “A Pair of Eyes” turned out to be
another matter altogether — a strange, extraordinary narrative focused upon a
very particular kind of mind control. Searchers after unknown Alcott thrillers
could be certain, then, that in August 1863 the author had indeed sent a tale
entitled “A Pair of Eyes” to Leslie. But had it been accepted? Had it ever
appeared? The reader of the journals found the answer under the date of
November 1863: “Received $39 from Leslie for ‘A Pair of Eyes’ not enough, but
I’m glad to get even that & be done with him.
Paid debts
with it as usual.”
[6]
If the publisher Frank Leslie had paid
for a story, the chances were he had published it. Another anonymous Alcott
thriller now had a name and, somewhere in the pages of one of the Leslie
periodicals, awaited the eye of the literary sleuth.

The
Leslie correspondence — such as has survived — would supply the responses to
the Alcott journal entries. In an undated letter, the editor of
Frank
Leslie's Illustrated Newspaper
wrote to the “Dear Madam” who was Louisa May
Alcott: “Mr Leslie informs me that you have a tale ready for us, and for which
he has already settled with you by check. Will you be kind enough to let us
have it at the earliest moment in your
power.
” Beneath,
the author, who was becoming quite pleased with herself, jotted: “Made them pay
before hand.”
[7]
Another sensation story might now be endowed with a
title. In June 1864 Louisa supplied it, recording in her journal: “Wrote ‘The
Tale
Of The
Forrests’ for Leslie who sent for a tale.
Rubbish keeps the pot boiling.”
[8]
“The Fate of the Forrests” might
have helped keep the Alcott pot boiling, but, as its reading would reveal, the
story was not rubbish. In a way, it would turn out to be the most singular addition
to the Aleott oeuvre.

[7.] "Editor of F.L. 111.
Newsp.
to
[Louisa May Alcott]"
(Louisa May Alcott Collection [#6255], Manuscripts Department,
University
of
Virginia Library
). The imprinted letterhead
date is
New York
1863, but the letter may well have been written
later. My thanks to my co-editor Daniel Shealy for transcripts of

And
so a close perusal of Louisa May Alcott’s unpublished journals produced the
stunning revelations.
In April 1865, having announced, “
Richmond
taken on the 2nd Hurrah!
Went to
Boston
& enjoyed the grand jollification,” the
ex-nurse of the
Union
Hotel
Hospital
added a succinct paragraph: “Sewed, cleaned
house & wrote a story for Leslie, ‘A Double Tragedy.”’
[9]
The
very next month, the author, glorying in her double life, made the following
journal entry: “after I’d done the scrubbing up I went to my pen & wrote
Leslie’s second tale ‘Ariel, A Legend
Of
The
Light-house.’”
[10]
The puzzling expression “second tale” would
become clear as soon as the story of the lighthouse and its legend was located.

The
final, and perhaps the most powerful, new discovery contained in
A Double
Life
did not first manifest itself until December 1866. By then, Louisa had
returned from her first journey abroad, where she had served as companion to a
young invalid. In August she confided to her journal: “Soon fell to work on
some stories for things were, as I expected, behind hand when the money-maker
was away.” In December she was more specific: “Wrote ... a wild Russian story
‘laming a Tartar.’”
[11]
An unpublished letter in the Leslie archive
embroidered Miss Alcott’s unadorned statement. On 13 June 1867, an assistant in
the Frank Leslie Publishing House reported to “Miss L.M.Alcott”: “Dear Madam:
Your favor of the 10th inst acknowledging the receipt of $72 for ‘Taming a
Tartar’ came to hand this morning.”
[12]
As the Alcott bibliography
expanded, Alcott prices rose. And so, the brief entries in the writer’s
unpublished journals, counterbalanced by statements in the Leslie business
correspondence, have yielded up fresh secrets. I he prolific author of
Flower
Fables
,
Hospital Sketches
, and
Moods
, the future
creator of
Little Women
, was even more prolific than had been believed.
She was also, as the reader of these stories will discover, more skillful in
her narrative development, more varied in her literary motifs. As her already
extraordinary productivity increased, her frame of reference widened. The
stories in
A Double Life
add still a new dimension to the image of
Louisa May Alcott.