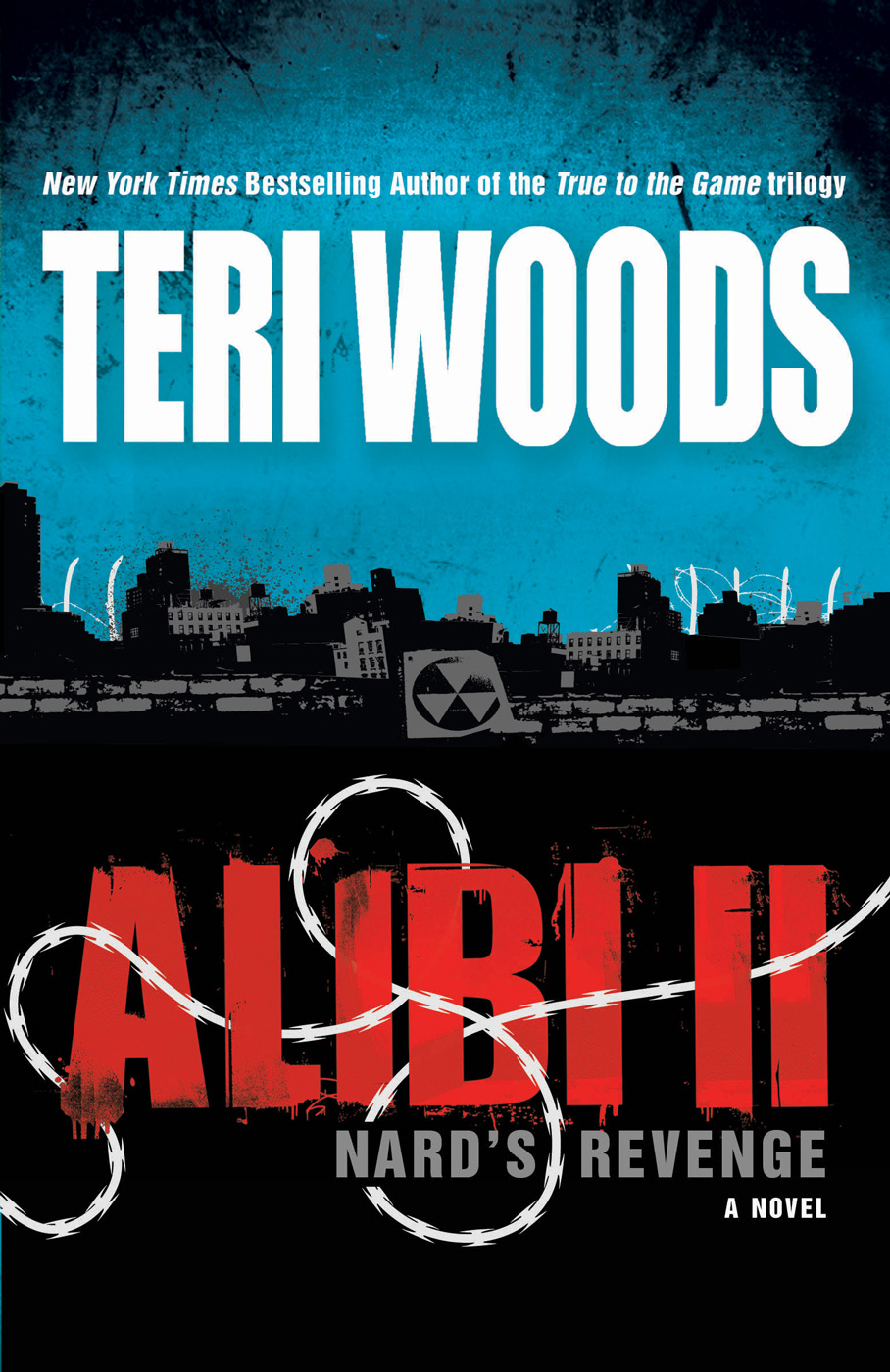 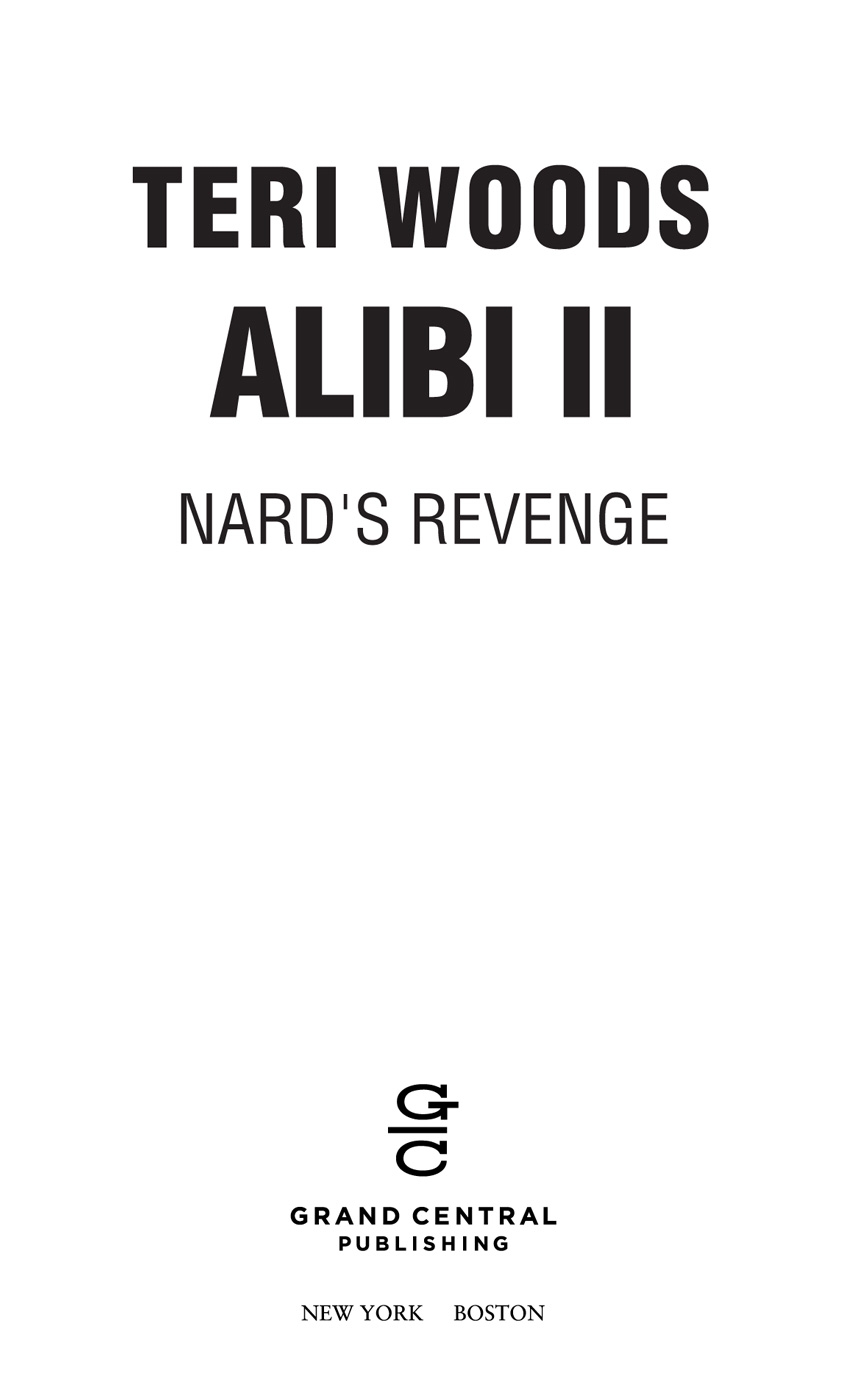 The State of Pennsylvania v. Bernard Guess
Day One

N
ard used all of his man power to contain himself as he sat pensive and breathless, the inside walls of the courtroom spinning emotionlessly. His mind was racing a thousand miles a minute as he saw his life flash in front of him.
No way, this isn’t happening. What is she doing? I’ll go to jail for the rest of my life.
It was all he could think as he locked his eyes down on the witness, Daisy Mae Fothergill. She was sitting calmly on the stand, nodding ever so slightly as she leaned into the microphone giving answer after answer.

“Ms. Fothergill, you say today that you never saw my client, Bernard Guess, before, is that correct?”

“However, this is your signature, is that correct?” Bobby
DeSimone
asked as he swiftly walked back over to his table, picked up an investigative report he had marked as Exhibit A.

“Your Honor, I would like this to be marked as Exhibit A,” he said, handing the document over to the judge.

“In this document you state that the defendant was with you on the night in question, is that correct?”

“So, now today you’ve changed your mind and you want us to believe that you were lying then?” He arched his eyebrows and gaped at her. Then he purposely faced the jury, still waiting for her answer.

“So you can be bought, is that your answer, Ms. Fothergill?”

“Objection, Your Honor, completely inappropriate,” said the district attorney as he quickly stood up and faced the court.

“For the record, just one more question, Your Honor?”
DeSimone
interjected, asking the court’s permission in a single breath. He cleared his throat and then began where he had just left off. “Why should we believe you now?”

“Are you sure no one paid you, Ms. Fothergill?”

“No more questions, Your Honor,” said DeSimone, strolling over to his chair and seating himself behind the table next to Nard.

Even with DeSimone’s tricky and clever line of questioning, Nard’s heart continued to sink along with his fate as he bent his head and stared into his lap.
She didn’t
do it. She didn’t give me the alibi.
His eyes were piercing as he pondered choking the daylights out of her. He looked at DeSimone.

“Will you be re-examining, Mr. Zone?”

“Ms. Fothergill, you said that you were paid to make the statements you formerly made to the private investigator hired on behalf of the defendant, correct?”

“Did anyone bribe you or pay you today?”

“The statements that you have made today, you’ve made of your own free will.”

“Are you absolutely positive the defendant was not with you on the night in question?”

“I’m positive. He was not with me on the night in question.”

“No more questions, Your Honor.”

“You may step down, Ms. Fothergill,” the judge ordered as Daisy stood up and stepped down three stairs to the floor level of the courtroom.

She glanced at Nard’s face.
God, he looks so mad,
she thought as Detective Tommy Delgado and his partner, Merva Ross, took her by the arm and led her out the courtroom.

Inside the courtroom, Nard could be heard screaming at the top of his lungs.

“That’s it? She just gets to leave?” said Nard, loudly enough for the entire courtroom to hear.

DeSimone looked over at the jury. Their expressions said a thousand words. Daisy Mae Fothergill had just shot a missile into his battleship, and now, thanks to his client’s outburst, it was sinking.

Seated four rows behind Nard and his lawyer, a family was rejoicing and a woman’s voice could be heard.

“That’s what you get! That’s just what you get for killing my brother! You know you was up in that house and you the one that killed him!” the girl shouted, now standing on her feet, ready to jump the four pews and pounce on Nard for the death of her brother, Jeremy Tyler.

“Who the fuck is you talking to?” Nard barked at the girl, ready to jump back at her, her family, and anybody else who had something slick to say out their mouth.

“Counsel, control your client!” ordered Judge Means, banging his gavel on a solid, round wooden plate.

“I’m talking to you. You know you killed my brother,” the girl screamed back, tears streaming down her face. Her mother, sister, and two brothers held her back. Her oldest brother, Wink, put his arms around her, holding her firmly to his side.

“Be easy, Leslee. You whylin’, man, relax. I’m gonna get the boy, him and his whole fucking family,” whispered Wink in his sister’s ear as he gripped her by her arm, letting her know to check herself.

“I don’t need any more attention drawn to this courtroom.” The judge was banging his gavel, calling for order. The jurors were completely caught up in the courtroom soap opera. The entire case was already a fiasco with the media, cameras and news reporters looking for a story to headline the nightly news every day. “Young lady, do I need to have you removed from this court?”

“Naw, we sorry, Your Honor,” said her brother Wink as he flagged the judge to continue. “She good, she not gonna say nothing else,” he added, as the courtroom turned and looked at Wink and the other members of the Tyler family.

“I can’t believe this bitch just hung me,” Nard whispered while the judge was still directing the jury.

“Nard, calm down, you don’t want to do this, not here, not now!” said DeSimone, looking at him as if he was his father.

“She just hung me!” he hissed through his teeth for DeSimone’s ears.

“Look at me!” DeSimone ordered. “I said, not here, not now. You got that, kid? Not now!” DeSimone gripped his shoulders with both hands.

“Get hold of your client, counsel, or I’ll remove him indefinitely from the hearing proceedings. Do you understand?” bellowed the judge.

“Yes, Your Honor, I understand,” said DeSimone, turning to face the court. He could feel Nard’s muscles begin to relax. “Come on, trust me, you gotta trust me.”

Nard’s mother, Beverly, looked at him. She gave him a look that said, “Knock it off, boy, or so help me God.” She had a way of piercing him with her eyes as a look of discontent crossed her face, and no matter how old Nard got, that look always said, “It’s about to be your ass,” and he calmed himself as his eyes met his mother’s. Beverly simply was tired of Nard getting in trouble. It was hard raising him without a father. He had a man in his life, his uncle Ray Ray, who had lived with Nard and Beverly for the past twelve years, but still, here he was in the most unimaginable trouble he could ever be in. And she was there every day in that courtroom with him, fighting for his life. Beverly didn’t want to see her son imprisoned like a caged animal. She didn’t care what or who, how or when, she wanted her baby home, and deep down inside that was all she was praying for.

“Court is adjourned till tomorrow at nine o’clock in the morning.” The judge banged his gavel, the bailiff instructed the courtroom to stand, and the judge removed himself.

Barry Zone, the district attorney prosecuting Nard, simply looked over at DeSimone, smiling like a sly fox at the thought of DeSimone and his criminal-minded client being scolded by the judge.
You should have taken my plea offer when you had the chance.
Yeah, you really should have taken that plea.
He couldn’t help but think that, and he knew DeSimone had to be thinking the same thing at that very moment. Of course Barry Zone didn’t say a word. Instead, he bent his head and pretended to be sorting through his day planner.

Who the fuck does this asshole think he’s looking at?
DeSimone thought as he looked over to his right at Zone playing with his court documents. He grabbed his briefcase and walked out of the courtroom.
What a day,
he thought as he answered his cell phone. Just as he answered his phone, a voice from behind him called out his name. He heard another person shouting in his direction. And he could also hear his fiancée demanding he respond to her on the other end of his oversized cell phone.

“Excuse me, Mr. DeSimone, one quick question?” said the voluptuous, blonde, and very attractive Gina Davenworth, hustling for her next paycheck as she quickly approached him.

“Hey, DeSimone, your client has no alibi, what do you think his outcome will be?” shouted another reporter from his left.

“Babe, I’ll call you right back.” DeSimone disconnected the call that Davenworth’s voice had interrupted.

“Do you guys mind? That was my girlfriend?” he said as he stared at Gina Davenworth’s breasts. If not for that one tiny button on her blouse, her perfect size Cs would pop right out of her shirt and say hello to him personally. As other reporters hovered and pushed one another, Davenworth’s body pressed up against Bobby DeSimone’s as she closed in on him, her pen and paper still in hand.

“Do you think your client will accept District Attorney Barry Zone’s plea in light of today’s testimony?” she asked from her soft butter-pink lips as she batted her aquamarine baby blues at him.

“No comment,” he huffed at her, rolling his eyes, before busting through the pack of thirsty reporters, out the double glass doors of the courthouse, and onto the courthouse steps.
She wants me,
he thought to himself as he picked up his phone and dialed his fiancée back. He stood on the corner of Thirteenth Street. He looked up at the sky as he heard her answer.

“Hey, babe, I think I just had the worst day of my life. You’re not going to believe it. If I don’t come up with a master plan, I’m gonna lose. I’m really gonna lose…big, and I never lose, Jo. You know I never lose.”

“I know, Bobby, I know,” was all she could say. Joanne offered a sympathetic ear and listened carefully to his every word, and she was of course genuinely interested, but Bobby made the final call on everything, including her.

“I’ve got to get home and go back through this case. There has to be a way to get this kid off, there’s got to be.”