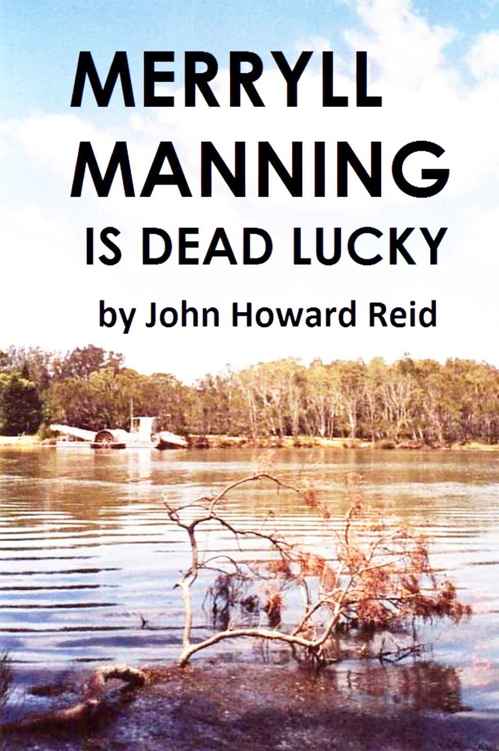 A Novel of Thrills, Laughs and Detection

Entirely revised by the author, this book is Copyright 2015 by John Howard Reid

Although originally published in England, Australia, Ireland, South Africa, India, etc., in 1990, this book has never before been published in America. USA/Canadian rights were sold, but these rights expired on Dec. 31, 2014.

Quotes on the back page are taken from this book’s original reviews in
The Times, The Canberra Times
and
The Sunday Mail
respectively.

Persons in the Novel

The steps recommenced. I heard their soft, light fall on the marble floor, the rustle of the silken gown, like the sound of dry leaves in an autumnal wind, and then I felt that this woman was standing in the arched doorway, looking straight at me through the darkness. “Why are you here?” It was the voice of the Contessa. I gave a cry of horror as I suddenly realized how ineffective the darkness concealed me from the eyes of this nyctalopist. – Fergus Hume (1859-1932):
A Creature of the Night
, Chapter X.

“And you are?” Sedge Cornbeck, the TV quiz M.C., hovered expectantly.

“Merryll Manning,” I answered, carefully reading from my cue card.

Yes, urban legend is true. Put a TV camera in front of any average Joe, and he’ll be fighting the shakes to remember his own name. And we weren’t even broadcasting! The letters on the cards were chalked up extra large too!

“And what do you do for a living, Merryll?” continued Sedge in a bored voice, nothing like the hail-fellow, well-met tones he used when the cameras were actually rolling.

“Call me, ‘Merry’, please!” But this was not the correct answer. I’d ignored the cue card.

“What do you do for a living, Merryll?” the M.C. repeated – in tones that seemed somewhat less comforting than his usual smooth-as-silver delivery.

“I’m a retired Miami police officer,” I read. This wasn’t quite true. I hadn’t retired. I’d left the Force voluntarily.

“You gave the police your best shot, eh?”

I was supposed to answer, “Too many shots, Sedge.” Unfortunately, my teeth chattered it out as “Too many shot, Shedge.” I could see the floor manager waving at me frantically behind the autocue. That didn’t help any, either! Just as well this was only a rehearsal.

“Bingo! Take it again!” the floor manager barked into his mike – even though he was standing only twenty feet or so away. In fact, the whole shiny stage was so fully sound-proofed, you could hear a whisper at fifty yards. “This time remember to wait for the laugh.”

“What laugh?” I asked in my normal voice.

“This afternoon’s laugh. The live audience!”

“How else could you play it?” I asked.

“Many of our deceitful competitors – many of them! – don’t utilize a
live
audience. They rely on tapes, would you believe? Tapes!” Mr. Varnie replied in a ringing, almost vindictive tone.

“Ten seconds. Count ten in your head,” the floor manager advised. This time, I noticed he wore a button labeled “Bingo”.

I never realized TV was so complicated. It all looked so simple on the box at home. Too simple, in fact!

The cue cards were wound back. We took it again.

“Too many shots, Sedge,” I said slowly but with pleasing clarity. I was getting the hang of it.

The M.C. creased his mouth into a broad smirk. “Bet you’re glad to get shot of that line of work?”

“Wait for the laugh!” ordered the mike.

“He’ll be better this afternoon,” Miss Spookie Williams spoke up. “Spookie” for heaven’s sake! Presumably a stage name. Anyway, Spookie was the rather fetching production secretary who interviewed and shepherded us contestants.

Evermine: Daughters of Askara, Book 2 by Edwards, Hailey
A Twist of Hate by Crystal Hubbard
Acadian Star by Helene Boudreau
Desire Line by Gee Williams
St. Patrick's Day Murder by Meier, Leslie
Queen Of Knights by David Wind
Blood and Snow 11: Resolved to Rule by Workman, RaShelle
Slow Burn by Christie, Nicole
Running Like a Girl by Alexandra Heminsley
The Last Of The Rings by Celeste Walker