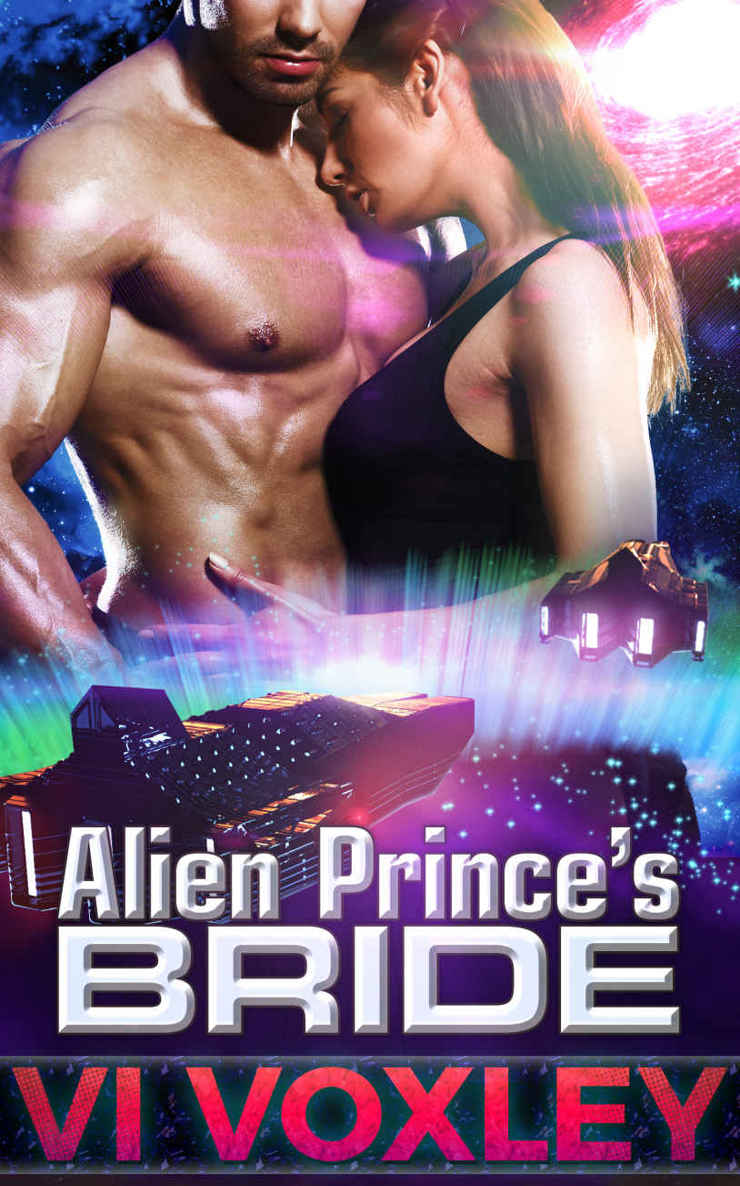 He’d sworn he would return for her tournament, to compete for her hand. Violet had spared no words to tell him a firm
no
. She had never wanted to see him again, just because she wanted to see him so badly it ached.

He had been the man, the name she had ripped from her heart – obviously not well enough. In the years that passed, she hadn’t allowed her mind to drift back to the man who had made her laugh. She’d banished those feelings with many others. A proper
calaya
didn’t miss her guards – she looked forward to her true champion.

And now he was there, against her wish. Standing before her, taller and stronger, and only inches away. For a horrified, guilty moment Violet thought he might kiss her. Horrified by the idea of Areon spoiling her for real. Guilty because a part of her wanted to lean in and take the kiss herself. They were so close she could feel his breath on her lips, but he didn’t touch her.

Instead he seemed to wake from a daze and, suddenly, Violet heard the increasingly more insistent calls.

“Oh damn,” Areon said, the smile back on his lips. “I’m late. So are you, I think. Fuck, I should have asked for directions when Forial was dragging me around like a punching bag. I’ll see you soon.”

Violet watched him run in the general direction of the arena, where a thousand voices roared. She stumbled towards her stage, ignoring the glares from the other girls and from the Overlord. As much as she could tell, Irmela’s gaze was concerned. She took her place on the stage, still obscured by light, and removed her veil.

Completely unlike her, she didn’t even check to see if her hair was alright or if the dress fell like she’d been practicing for years. Violet had planned for all of it, even spending hours before a mirror trying to figure out her best angle. Irmela had rolled her eyes at her, but she hadn’t cared. And now... Every carefully made preparation was forgotten and the ghost of the kiss she hadn’t tasted lingered on her lips.

The light disappeared and they were revealed to the crowd and the champions. No amount of willpower could have stopped her from looking for Areon in the mass. When she finally found him and their eyes met, the skip of her heartbeat confirmed everything Violet had feared.

This is a work of fiction. Names, characters, places and incidents are either the product of the author’s imagination or are used fictitiously and any resemblance to any persons, living or dead, business establishments, events or locales is entirely coincidental.

No part of this work may be used, reproduced, transmitted in any form or by any means by anyone but the purchaser for their own personal use. This book may not be reproduced in any form without the express written permission of
Vi Voxley
.
Any reproduction or other unauthorized use of the material is prohibited without the express written permission of the author.

You can find all of my books here:

The Siege of Salinet wasn’t going all that well. Though it was difficult to tell for whom exactly.

As much as could be seen from the bridge of
Beren
, the flagship of the Iron Raiders, everybody was equally confused.

The Raider Prince thought that it was pretty funny, actually. Things like that happened around him very often. His crewmembers sometimes grumbled that he preferred to keep
them
as confused as he did their enemies. Of course, they said such things from a considerable distance of a few systems, but still. The Prince always made sure the loudmouths got the chance to repeat those opinions to him in person. He ran a free clan, after all, didn’t he?

Those with good enough humor even got to live after calling him a manipulative asshole. The Prince wasn’t without mercy and he didn’t really go around killing his own men. Discipline simply needed reinforcing from time to time.

As such, it was very unfortunate that the “manipulative asshole” claim was completely accurate.

He regretted it, he truly did.

And, of course, the Siege of Salinet was going wonderfully for
him
. It wasn’t his fault that an armada of Salinet ships trying to blow his clan to pieces didn’t take immediate priority. Only after a particularly nasty missile struck the starboard of his beloved
Beren
did the Prince look up.

Someone really unlucky had made him rip his eyes from the screen he’d been staring at for a good few minutes. It was quite a feat – though not for the unlucky sod about to become a thousand little sod-atoms, but for the screen.

“Who in the name of all the spirits dared to scratch
Beren
?” he growled at his bridge crew.

They jumped to sate his curiosity. One of the rookies actually jumped over a bundle of cords on the floor, practically throwing himself on his station. At least four voices shouted the name of the guilty ship to him, speaking over each other.

The Prince bared his teeth. The owners of all four voices dropped to their knees, necks bared.

He glanced at the one screen again. A smile crept to his lips. Yes, he could be merciful today.

“You there,” he said, singling out the rookie. “The next thing out of your mouth better be the name of the enemy ship, not
I have four kids and a sickly grandmother
.”

The rookie swallowed hard, sweating bullets. He was tall and thin to the fault, looking like someone had taught a spear to walk. Yet there was a cleverness behind his eyes that the Prince didn’t miss. The rookie’s mouth opened and said the following words: “
Bloodbite
, my Prince. Five kids actually.”

The Raider Prince laughed. Attitude – sometimes it was a welcome trait.

The man dared to breathe again, a relieved smile on his lips. “Thank you, my Prince. Shall I fire back at the
Bloodbite
?”

The Raider Prince stole another look at the screen and the flash of violet there, before shutting it off. Then he turned his control throne to the bridge and the battle raging before it.

“I already did that. There it is, in the motherly embrace of Salinet’s gravity,” he told the rookie, enjoying the look on the man’s face as he watched the pieces of the
Bloodbite
fall towards the planet after getting hit by a barrage of missiles.

“Great spirits, I have to do everything on this ship.”

The rookie looked petrified, but the Prince was in a good mood. “I’m giving you a chance to prove to me you’ve got more skills than breathing. Go and see what the damage to
Beren
is and send Reim to me.”

After the doors had slid shut behind the fleeing rookie, whose name he still hadn’t bothered to learn, the Raider Prince sat back in his throne. His fingers hadn’t stopped working on the throne’s keyboards for a second. His rarely-used sense of compassion felt bad for his crew, simply sitting there, watching him play with the enemy ships.

But time was short. He’d been planning to drag this game out for a while, raiding Salinet’s rich ports and eluding his pursuers, but there went that nice activity – much more pressing matters had arisen.

He took time to tuck the lone colored strand in his dark brown hair behind his ear. For that day, he’d chosen ivory, which happened to be its real color. The Prince knew quite well what blasphemy it was to color the mark of his heritage, but he barely cared. In fact, he cared just about enough to use it to provoke some people who were just so very fun to poke.

The
calaya
blood in him was strong enough for the Prince to feel safe. The Siege had been won the moment he decided to take part in it. While everyone else was running around trying to piece together a fraction of what was happening, he felt fine. Every single thing had gone as he’d already decided it would.

In fact, there had been two lone surprises in his day. One was the rookie having a sense of humor. That was nice. The Prince appreciated people who didn’t bore him. Once the boy grew some balls – how had he managed to father five children? – he could actually be useful.

The other was the screen. Merely thinking of it made the Prince smile again. His
calaya
mother had given him a multitasking ability bordering on the supernatural. The blood was especially strong within him. It was the main reason he was the leader of the Iron Raiders – god alone knew it wasn’t his winning personality.

So for him – a man who could control the entire siege and observe tens of screens at once – to focus on one was quite a feat. If it had been an enemy, the Prince would have already decided upon the manner of his death.

But it was not. It was a challenge of a much,
much
better sort.

Scary how fast time flies when you’re conquering worlds
, he thought with a smile.

Had it been so long already?

“Look alive now,” he growled at his crew, making them wince at the change in his voice.

That wasn’t nice of him, but his own bridge crew should get used to it. Usually the Prince allowed for a slower change in his personalities, switching between the carefree rogue and the true warrior he was underneath. He let the latter take over, bringing him to the surface where moments before the rogue pirate had smirked at the world.

They hastened to obey him.

“Let’s finish this up,” said the Prince. “I have something fun on the horizon.”

The looks they sent him were confused and disbelieving. It didn’t matter to him. He was used to being doubted, day after day. After all, hadn’t wise warriors predicted that the siege would last for months?

Violet knew she was a prize.

Not just a jewel or a treasure, no, an actual, living, breathing prize.

Violet was a
calaya
. Men would travel the stars and engage in battles and possibly die for the right to be hers.

To merely stand beside her was a sign of might and rank. To talk to her, a symbol of the highest honor. To touch her... That was reserved for only one man and she’d find out who that one was soon enough.

Calaya
had been her first word, as it usually was with those marked as
calaya
. It wasn’t exactly the easiest word to pronounce in the language of the Atreens, but Violet and her five younger sisters heard it from the moment they were born and would hear it until their last – so it made sense that it would be their first word.

Two Captains, One Chair: An Alaskan Romantic Comedy by Marlow, Shaye
Getting Hotter by Elle Kennedy
Solstice Surrender by Cooper-Posey, Tracy
Scrappily Ever After by Mollie Cox Bryan
Scratch by Brian Keene
Doctor in Clover by Richard Gordon
How to Spell Chanukah...And Other Holiday Dilemmas by Emily Franklin
Dead Man on the Moon by Steven Harper
The Whispers of Nemesis by Anne Zouroudi
Panic! by Bill Pronzini