Read All the Winters After Online

All the Winters After 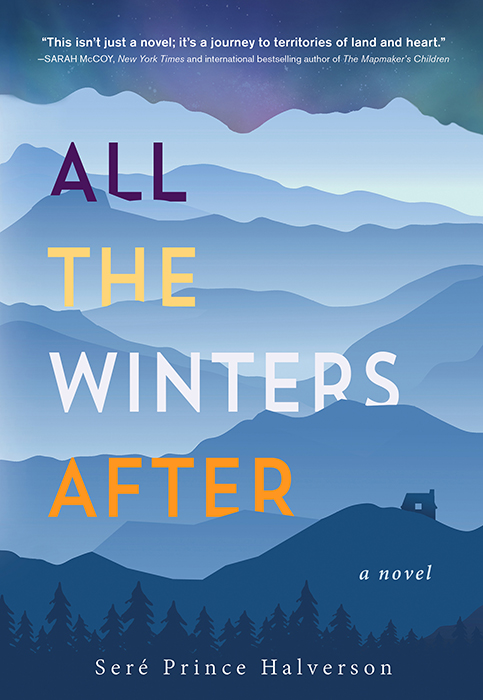 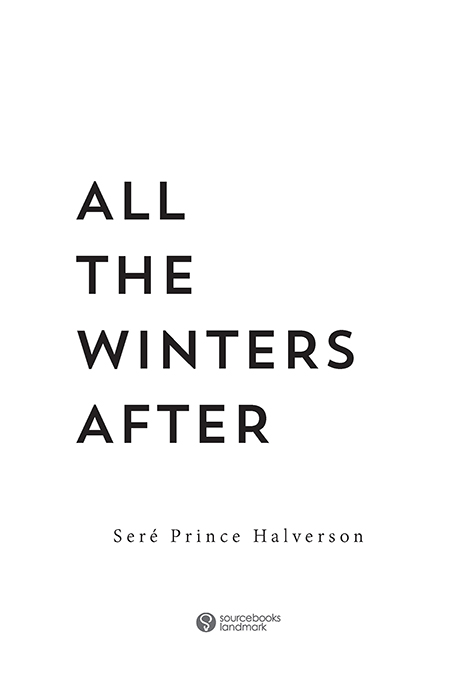 All the winters after / SerÃ© Prince Halverson.

A Conversation with the Author

For Daniel, Michael, Karli, and Taylor 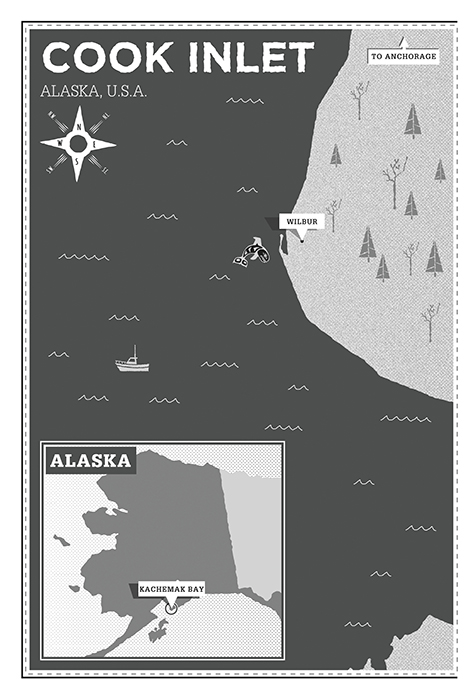 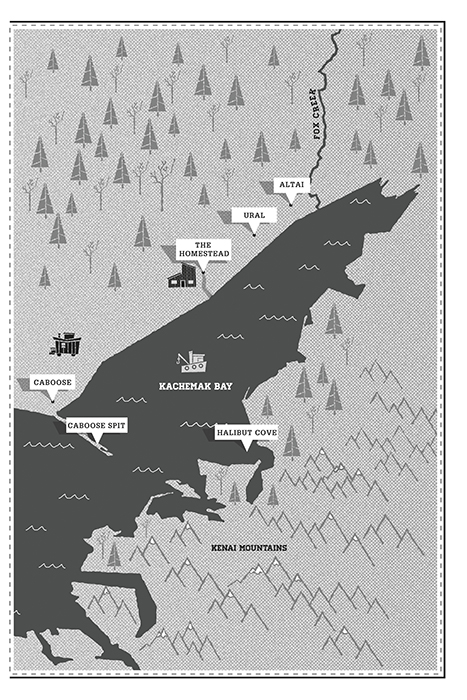 Evening crept its way into the cabin, and she went to get the knife. Always this, the need to proclaim:
I was here today, alive on this Earth
.

She took the knife from the shelf to carve a single line in the log-planked stairwell that led from the kitchen to the root cellar. She'd carved them in groups of four one-inch vertical lines bisected with a horizontal line. So many of them now, covering most of the wall. They might be seen as clusters of crosses, but to her, they were not reminders of death and sacrifice but evidence of her own existence.

There were left-behind carvings too, in dated columns filling the doorjamb on the landing at the top of the stairs. These notches marked the heights of growing children, two living in the forties and fifties, and two in the seventies and eighties, one of whom had grown quite tall. She saw the mother standing on a footstool, trying to reach the top of her son's head to mark the wood with pencil, while he stood on tiptoes, trying to appear even taller. She almost heard their teasing, their laughing. Almost.

Six stairs down, she dug the tip of the knife into the wall. The nightly ritual was important. While she no longer lived according to endless rules and regulations, with all those objects and gestures and chants, she did not want her days flowing like water with no end or beginningâshapeless, unmarked. So she read every night, book after book, first in the order that they lined the shelves, turning them upside down when she finished reading and then right side up for the second read and so forth, returning to her favorites again and again. And during the day, she did choresâforaging, launching and checking fishing nets, setting and checking traps, gardening, tending house, feeding chickens and goats, canning and brining and smokingâall in a certain order, varying only according to the needs of the season. Her days always began with a cold-nose nudge from the dog, and not one but two enthusiastic licks of her hand, as if to say not just good morning, but
Good Morning! Good Morning!

Then there were the mornings she ignored the dog and unlatched the kitchen door so he could push it open with his nose to let himself out while she returned to bed to stay, dark mornings that led to dark days and weeks. During those times, only under piles of blankets did she feel substantial enough not to drift away; they kept her weighted down and a part of the world. But her dog's persistence and her own strong will eventually would win over, and she'd drag herself up from the thick bog and go back to her chores and her books, carving the missing days into the wall so they did not escape entirely.

It was surprising, what a human being could become accustomed toâa lone human being, miles and years from any other human being. She balanced two more logs and a chunk of coal in the woodstove and, with the dog following her, crossed the room in the left-behind slippers, which had, over time, taken on the shape of her own feet. She'd been careful to keep things as she'd found them, but those slippers were another way she'd made her mark, left her footprint, insignificant as it might be.

She sat in the worn checkered chair and picked up one of the yellowed magazines from 1985. Across the cover:
Cosmetic Surgery, the Quest for New Faces and BodiesâAt a Price
. “A new face, this would help,” she once again reminded Leo, who thumped his tail. Unlike the people in the article, she said this not because she was wrinkled (she wasn't) or thought herself homely (she didn't). “It would give us much freedom, yes? A different life.”

She opened the big photography book of
The City by the Bay
and took in her favorite image of the red bridge they called golden and the city beyond, as white as the mountains across this bay. So similar and yet so different. That white city held people, people, people. Here, the white mountains held snow. “And their bridge,” she told Leo, closing the book. “We could use that bridge.” He cocked his head just as she heard something scrape outside.

A branch. In her mind, she kept labeled buckets in which she let sounds drop: Branch, Moose, Wolf, Bear, Chicken, Wind, Falling Ice, and on and on. Leo's ears perked, but he didn't get up. He too was used to the varied scuttlings of the wilderness. She drew the afghan around her shoulders and opened a novel to the page marked with a pressed forget-me-not.

Yes, she knew a certain comfort hereâcamaraderie, even. How could she be truly alone, when outside her door, nature kept noisy company and at her feet lay a dog such as Leo? Then there were the books. She'd traveled inside the minds of so many men and women from across the ages. And she had such long, uninterrupted passages of time to think, to ponder every turn her mind took. For instance, there was the word
loneliness
and the word
loveliness
. In English, one mere letter apart, and in her handwriting, the words looked almost identical, certainly related. This she found consoling, and sometimes even true.

But now, another sound, and then many unmistakable soundsâdetermined footsteps coming toward the house. Leo's ears flipped back before he plunged into sharp barking and frantic clawing. She froze. All those years practicing what she would do, but she only sat, with the book open in her trembling hands. Where did she leave the gun? In the barn? How had she grown so careless?

The knife on the shelf in the stairwell. She bolted up to grab it. Flipped off the lights, took hold of Leo's rope collar, tugging him from the door and up the stairs to the second floor. She peered out the window. Though the moon was full, she couldn't see anyone. She pulled the shade, but it snapped up, so she yanked it back down. With all her strength, she dragged Leo, pushing and barely wedging him under the bunk bed with her, and clamped his nose with her hand just as the loose kitchen window creaked open below. A male voice, a yelling, though she didn't hear the words over Leo's whining and the blood pum-pumming in her ears.