Read All to Play For Online

All to Play For 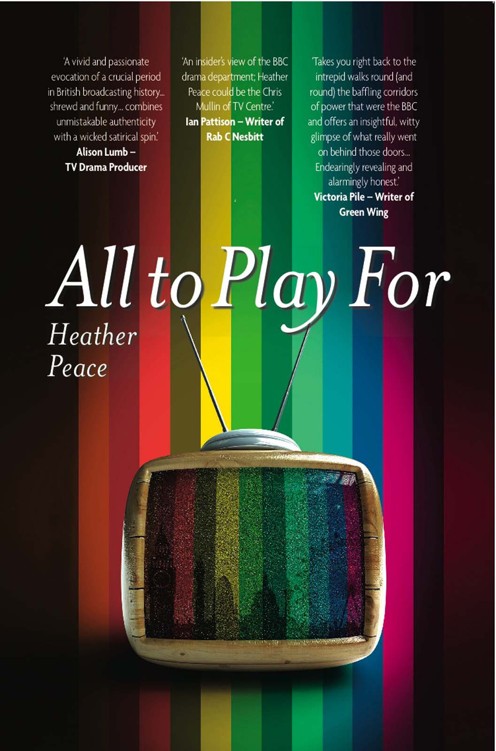 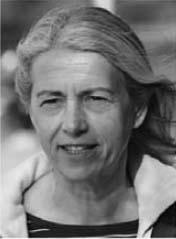 She joined the BBC Drama Script Unit in 1989, later script editing productions in Drama Serials under Michael Wearing, and Comedy under Robin Nash, where she developed Lisselle Kayla's groundbreaking sitcom Us Girls. In 1991 she left the BBC to become Head of Comedy Development at Witzend Productions, returning in 1994 to edit one week in four of EastEnders for a year. From 1994-1996 she was a senior script editor in Drama Serials, leaving to become a freelance editor and writer.

She wrote for the second series of Crossroads and has written a number of short stories; she trained to teach English in 2003. Heather is an Associate Lecturer at the Open University on the Advanced Creative Writing course. 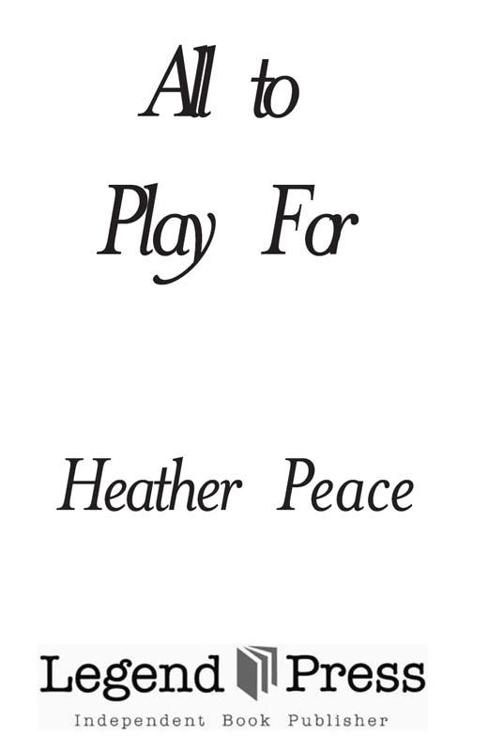 The right of the above author to be identified as the author of this work has been asserted in accordance with the Copyright, Designs and Patent Act 1988.

All rights reserved. No part of this publication may be reproduced, stored in or introduced into a retrieval system, or transmitted, in any form, or by any means electronic, mechanical, photocopying, recording or otherwise, without the prior permission of the publisher. Any person who commits any unauthorised act in relation to this publication may be liable to criminal prosecution and civil claims for damages.

Acclaim for All to Play For

‘Takes you right back to the intrepid walks round (and round) the baffling corridors of power that were the BBC and offers an insightful, witty glimpse of what really went on behind those doors. And anyone who’s ever slipped into the parallel universe that is the Edinburgh Fringe will be instantly plunged back into the heady cocktail of earnestness and debauchery (without the hangover). Endearingly revealing and alarmingly honest.’
Victoria Pile, Writer of
Green Wing

‘
All to Play For
lifts the lid on the inner workings of the BBC Drama department like no other book I have ever read. Written with an insight that can only come from someone who has lived through it. A bitingly honest, funny, poignant, and brilliant debut novel.’
Owen O’Neill, Award Winning Actor, Director and Comedian.

‘The whole book has a wonderfully authentic feel, clearly penned by someone on the inside!’
Tony Grounds, TV Writer.

‘A vivid and passionate evocation of a crucial period in British broadcasting history. The writing is shrewd and funny and fuelled by the writer’s obvious commitment and idealism. The characterisation combines unmistakable authenticity with a wicked satirical spin.’
Alison Lumb, Former BBC and ITV Drama Producer

‘Wickedly perceptive, revelatory, funny and at times shocking, this is less a work of fiction than it is an inside job, and all the better for it. This writer certainly knows what she's talking about. A highly credible cast of characters (many of whom you would definitely refuse a Facebook friend request) guide you behind the scenes of the viper world of White City and the TV industry in general. What takes this story up an extra notch is its backdrop, a time of dizzying political, social and institutional upheaval. Landmark pre-millennium changes are rocking the foundations of a boozy, smoke-hazed era of dinosaur practices and unfair privileges. The digital age of television rushes forth with the inevitability of a high-speed train crash, and you read on, not knowing which of your favourite passengers will survive the wreckage, nor how. For those of us who have ever had anything to do with the Beeb, this is an absorbing read; for the remainder, this is just as much a voyeuristic journey of pleasure. The chortle-a-minute ending satisfyingly unites the beginning of the story and leaves only one burning question: when's the in-house screen adaptation?’
Carmen Harris (formerly known as Beeb scriptwriter, Lisselle Kayla)

‘I felt this was more than an honest book, but an absolutely needed breakdown of the industry that we all try to understand. This book is important for men and women both to realize it's actually okay to still believe in what you've always believed in, and although you can't make changes here, you can make changes there.

This should be an industry bible that you read before you enter, just in case you lose hope, this book will help you not to take it too personal.

There are times I felt this book was more of a breakdown of the BBC I had sadly come to understand, a place where a lot of people have lost confidence, and taken their rejection to heart. To know that sometimes there were real people on the inside trying to allow for the creative soul to develop gives us hope.

I love the detail, but felt I wanted more deeper stories from the characters, I felt I was in the lives of the big decision makers, but never understood them enough.

A very thought provoking book, that has left me feeling quite inspired against the odds. I loved
All To Play For
, it allows you to question yourself in all areas of your life, which will make you question, have you ever sold a piece of your soul. This book is excellent and really honest and hopefully for those who sadly put their dreams on hold, after countless rejections will read this book and get back on track, and not let those who don't get it, stop your dreams.’
Angie Le Mar, Comedienne, Actor, Writer, Director and TV Presenter

‘An insider’s view of the BBC drama department; Heather Peace could be the Chris Mullin of TV Centre.’
Ian Pattison, Writer of
Rab C Nesbitt

‘A fitting legacy for the Doughnut, brilliantly skewers TV and lays bare the shambles behind it. As honest, shocking and funny as the world of television it satirises; brilliant if you ever lived in the office next to the lift, brilliant if you haven’t and want to know what it was like. A gem.’
Geoff Atkinson, Writer, MD of Vera Productions and Producer of
Bremner, Bird and Fortune.

Many thanks to Lauren Parsons-Wolff, Tom Chalmers and Lucy Boguslawski at Legend Press, to Steff Humm for her marketing work, and to Barbara Herbin. Also, for their support in the early stages, Alison Lumb, Andy Croft, Cheryl Moskowitz, Janet Goddard, Dave Fox, Wendy Suffield and Merric Davidson. Not forgetting special thanks to all those who provided my inspiration.

From The James MacTaggart Memorial Lecture 24/8/2007

Middle age isn’t as bad as you think it’ll be. There are compensations. I’ve reached that stage where life levels out a bit, and the steady tramp uphill finally rewards you with a glorious view back down the mountain. You can pause to rest and congratulate yourself on having made it this far. Retracing the route you discover tiny figures crawling up the path, as if you’re looking into the distant centre of the universe, back in time to its first beginnings: there’s yourself, an insignificant new creature creeping along with all those other determined little ants, full of hope and enthusiasm and blissfully ignorant of the agony that lies ahead. I’m not at the summit of my Mount Snowdon yet, but I’m well over halfway up. I can afford to sit down for a while and consider my journey, take in the panorama… I’m rambling already. Get back to the point, Rhiannon. Okay.