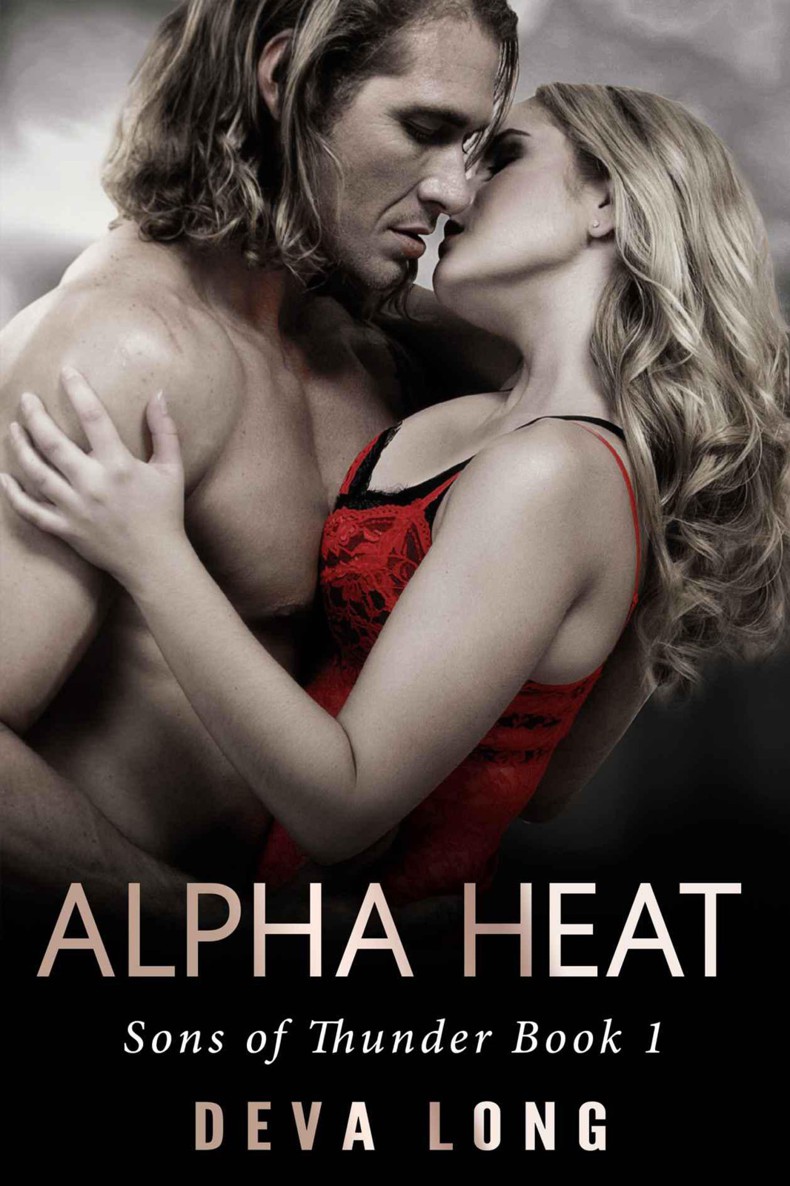 Everything was going great until I woke up in hell.

I’d been lying beneath a canopy bed listening to a sweet and simple melody, roses and jasmine filling the air.

Then, I heard a loud scraping noise and my dream dissolved. I opened my eyes and saw everything in a toned reddish-gray, like a picture ruined by a cell phone app that turns a rainbow into seven shades of sepia.

To my left, the wind blew the tops off of the slate colored waves throwing spray into my face. On my right, a pea-green wall erupted from the sea, dripping rust stains like blood.

I reached and touched the surface with my hand, then jerked my fingers back from the corroded metal to keep from getting cut.

My friend, the sun, had left the clouded sky an angry crimson-gray. I lifted my head to look for the shore that should be close by, but more salty water assaulted my eyes.

This isn’t the same gentle breeze that blew when I drifted off to sleep on my beach float.

I blinked rapidly to keep from being blinded. Long, unshaven faces peered at me, flashing before me like a disco strobe.

Rough and scratchy hands lifted me over the rusty green metal wall that disappeared into the foggy night. The smell of body-odor and fish crashed upon me.

They set me on a moving surface that felt like a boat.

Then, fingers closed around my neck and something sharp and burning stabbed my arm.

I jerked my eyes down.

A hair-covered fist pushed a syringe’s needle into the flesh above my elbow.

The fingers on my neck tightened and I dropped back into the night.

I awoke to complete darkness. No moon. No stars in the sky.

The wind’s gusts bit at my exposed skin. It was almost like I was back in Minnesota though the temperature had only fallen a few degrees from the sudden Gulf Coast storm.

At least I was still wearing my bikini.

I could see a glow shining from the cabin. I reached out toward the light and touched plastic bars.

The plastic was coated with the crusty remains of…something.

Whatever was in here before me, certainly had died.

I rubbed some of the sludge off to see what it was. The residue had a slimy feel, and there were hard bits. Fish scales…and shrimp shells. I lifted my fingers to my nose and bile rose in my throat as the smell overcome me.

The plastic box had narrow slots cut into the side to let the water drain after the crabs or shrimp or fish or whatever it was made for had been dumped in.

I’m in a stinking fish-box cage and someone’s laughing at me.

I yelled some more.

This time I heard faint cries answering me, high pitched and wavering, distinct from the laughter.

Either someone is being held somewhere under the deck of this boat, or I’m hearing ghosts.

I kept yelling and crying until my throat was raw.

Then, I lay with my arms around my knees, shivering.

A rectangle blazed bright and now I saw the outline of a boat’s cabin, like the shrimp boats that go out on the Gulf with their nets.

Several figures stalked through the light. I couldn’t see them well enough to make out their features or even the color of their clothes, but they moved like men. Big men.

They spoke Spanish, with short barking shouts and curses. I’d studied the language in college, and understood it well enough to get by but, “Tu Madre,” and, “Chingado,” were the only words I could recognize during the rapid give and take.

The deck I lay caged upon hummed with a throbbing bass moan louder than everything except the most robust gusts of the storm.

The moaning must have been the tub’s engine, pushing me farther from my home.

Eighteen hours before Grace was taken…

“It is said of these men in the engagement who were were-wolves…that as long as the fit was on them no one could oppose them, they were so strong.”

“Dangerous to hunt wolves in anger.”

Jack lay by his side, transformed. Tawny hair framed his face, nostrils flared in the moonlight, and his long fangs flashed.

Karl nodded. His brother was right.

Wolves are predators. Wolves hunt and kill deer, cows, and these wolves, people.

Predators have teeth and claws. Unlike deer, they fight back hard.

But, these wolves were being stupid. Running wild. Taking over a weed-infested orchard, and bringing victims from the coastal Florida towns.

They called themselves
The Alphas.

Local authorities had been paid off. The missing girls reported as runaways.

Karl pushed air out through his nostrils and drew his lips over his own fangs.

Someone needed to stop them.

But the Alpha pack was rich. Powerful. The pack owned men and women in high places.

But not the highest place.

There were only two sure way to kill a werewolf. One was to crush his skull with a hammer, the other to cut off his head. Bullets, even silver bullets, just went through wounds that healed in minutes, or were stopped and then expelled by the disease.

Hidden alongside his Harley’s long, chrome exhaust pipes lay a scabbard and from this, he drew a three-foot long blade. The sword’s edge could cut through the finest Toledo steel like butter and even good Yamashiro Katanas would break like twigs if they took the weight of the Northern blade in full swing.

Jack drew his own weapon, a twin to Karl’s.

Karl took a deep breath. No matter the crimes of the pack he faced, he couldn’t let his anger rule him tonight.

Around the fire, half naked male forms chased naked, shrieking females. Large motorcycles stood parked around the blaze, their tires interlocking so anyone trying to escape the circle would have to clamber through the bikes.

One young woman, breasts shaking, tried to hurdle the seat of a bike.

Two black-clad shapes grabbed her and threw her back into the ring.

Tonight the two leaders of the
Sons of Thunder
motorcycle club would show these Alphas the last road to Hell.

Karl made a deep, rumbling sound. To any human, the sound would be an inarticulate growl. Jack, his brother, shifted gears as he drove He heard, “When you need to stop a pack of wild curs, you call the Sons!”

“Bring on the thunder!”

Karl smiled, pulling his lips pulling back from his ivory fangs.

“If they fight, we’ll eat their faces,” Karl rumbled the first line from the ancient battle cry.

“If they flee, we’ll eat their tails,” Jack responded.

The two brothers roared together. Glowing eyes looked from the bonfire, and answering howls and yips pierced the night. Men transformed into wolves, shaking their clothes into strips, and baring teeth and angry yellow eyes. Their massive muscles strained and with their jaws snapping, they charged the two huge forms that had appeared among them.

The hot blood flowed as heads rolled on the ground and one by one the yips were silenced.

Jack threw down several of the bikes, clearing a path through which naked women ran into the night. Karl watched them go as he shifted back into human form, restraining his urge to chase them and pump each one full with his seed.

His brother stood straining next to him.

Karl kicked at a syringe leaking fluid into the sand.

“Let them go. They’ll just be druggies telling a story no one will believe. Wolves fighting with swords in the night.”

Tendons appearing on his neck, Jack nodded. Karl let out his breath and relaxed his shoulders.

Then, he smelled the most enticing thing from a breeze wafting through the distant sea. Though he had shifted back to full human form, Karl’s senses remained wolf sharp.

Eleven hours before Grace was taken…

“You need to get out there, Grace, have some fun and maybe meet some new guys.”

I wasn’t. I didn’t have great luck with men. First off, I’m not a model. Curvy defines my shape. Exercise, diet, herbal remedies, nothing gets me below a size fourteen. And I don’t stay near there for long. The boys who proposition me tend to be looking for their mothers.

“Really? We moved here six months ago, and you’ve been on what, two dates? Between our paper and your cat boxes, you don’t have any social life.”

I tugged on my ear and rolled my eyes at Leslie. She alternated between thinking I was a saint for the work I do at the animal shelter and being pissed off about it because she has some critical project she needs me to pull an all-nighter on and I’ve got cat patrol for the shelter. Just the other night she called me again and again while I lurked behind the 7-Eleven trying to coax a stray mama cat and her kittens out from behind the dumpster. They clamber in there and then get crushed by the garbage truck or poisoned by the store manager who hates all things furry.

That night I’d taken a boxful of purring heads to the shelter, got them cleaned and posted their pictures on the shelter’s Facebook page. We always find them homes at Sleepy Key Shelter. Then I’d answered Leslie about her emergency. She still hadn’t forgiven me for the kitten induced delay.

“I’ll find a boyfriend when I’m ready. Right now I’m too busy trying to get your dream off the ground.”

“You’ve been great, Grace. But you need to live and enjoy yourself.”

Leslie rubbed her fingers together, her teeth flashing as she smiled.

“Yes, well I already promised Pablo we’d cover his event. We can’t blow him off.” Leslie winked at me. “Plus, he likes you.”

I stroked my chin, then held my hands out to her, palms up.

“Why don’t you let me go interview Morning, he’s at least young and cute.”

“He’s not that much younger than Pablo.”

I snorted in disgust.

Her eyebrows climbed her forehead.

She does such a good job with her eyes. I love lipstick and eye shadow, but my thin brows have always been a challenge to get right. Thick defined the current style, and Leslie was born for the look.

I pointed a warning, making a finger gun and mouthing a silent, “ka-pow.”

We had a secret plan to strike it rich — starting with the tiny paper, The Key Times, her parents bought her as a graduation gift, we were going to build a web store for Sleepy Key. We planned to build an on-line marketplace to let people purchase vacation tours, rent condos, and buy goods from local shops. The unique hook was that we’d use the digital currencies that were taking off like hotcakes. But we need funding to realize our plans. We had tried offshoring the work to inexpensive developers, and we learned from that mistake.