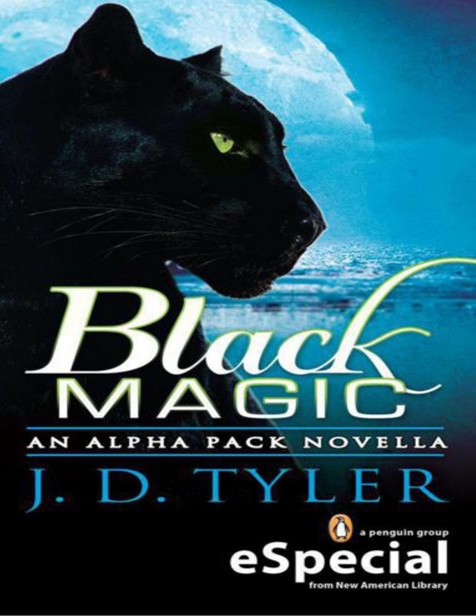 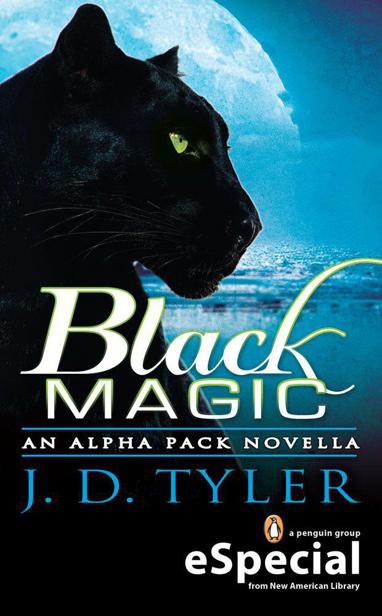 Kalen Black knew he should stay inside tonight––or rather, remain at the Alpha Pack’s top secret compound, the place he

A malevolent force moved in the night, something ancient and evil. Its physical presence prickled over the Sorcerer’s skin

like static electricity, raised the hair on the back of his neck. He couldn’t identify what type of being it was, and didn’t know

what it was after.

The presence wasn’t human, he knew. But that didn’t mean the entity wasn’t here on behalf of Orson Chappell, CEO of

NewLife Technology, the Pack’s number one enemy. The man was responsible for hideous experiments on humans and shifters

in an attempt to merge their DNA and gene strands in hopes of creating a new breed of super-shifter.

Hell, I’m a Sorcerer with the ability to shift into a rare panther. If Chappell’s somehow heard of me, the asshole

might’ve sent one of his lackeys to snatch my ass.

Or the approaching danger could be from his past, returned to exact due punishment for his mistakes. God knows he’d made

more than his share while scraping to survive. The memory of one awful transgression in particular made his blood run cold,

and he prayed with all his soul that the threat prowling nearby had nothing to do with him directly. Yes, he should stay inside—

except that he didn’t have it in him to hide when his sins may have placed his new friends in the line of fire.

He had no choice. Tonight, he would ignore the internal warning that had saved his ass so many times before. Because he’d

heard that a certain gentle doctor with dark, curly hair and a winsome smile had driven into town to meet with friends, and in

doing so had unknowingly placed herself at risk. Sure, odds were she’d be fine, but it wasn’t a gamble he was willing to take.

Not where Mackenzie Grant was concerned.

Parking his butt on the bed in his assigned living quarters, Kalen pulled on his shitkickers, lacing them snugly. Straightening,

he pushed up and strode into the living room, snatching his battered leather duster off one of the recliners. Rain or shine, he

never went anywhere without it. Capping off the rest of his Goth appearance, the long coat sent just the right
do not fuck with

me
message that any potential enemy would be wise to heed.

Most humans simply thought he was a freak, and all but the dumbest gave him a wide berth.

Sorcerer/Necromancer whose animal was a black panther, and whose power far exceeded the level most of them had seen in a

Kalen wasn’t arrogant about his power, though, not even close. He’d been treated like a fuckin’ weirdo his entire life, even

by his own parents. He almost wished he could give it up, could be
normal
, but his power was all he had on this earth, and he

was forced to rely on it to survive.

Sort of a vicious cycle, when you thought about it.

Shrugging into the coat, he headed out the door and down the hallway, intent on finding his new boss, Nick Westfall. Alpha

Pack’s leader, who was a wolf shifter and PreCog, seemed like a decent enough guy—he’d given Kalen a shot at joining the

team, after all—and Kalen hoped to borrow the keys to one of the SUVs. Lost in thought, he rounded the corner and almost barreled into Jaxon Law.

“Oh, hey!” Kalen stepped back, giving the tall, goateed brute an apologetic smile. Even
he’d
think twice before messing with the big bastard, or any of the Pack, for that matter. Would be kinda tough to use his magic with his throat ripped out by a

bunch of badass wolf shifters. “Sorry about that, guess I was in too big a hurry.”

“No problem. Where’s the fire?” One corner of Jax’s mouth lifted as though he knew the answer. Which the shifter

shouldn’t, being a RetroCog—someone who could “see” events of the past by holding an object to get a reading.

He shrugged, faking nonchalance. “Just going out for a while. Wanna go grab a beer in town?”

The man thought about it briefly, then shook his head. “Nah, I’d better hang around. Thanks for asking, though.”

“Already got the mating blues?”

“You know it. I promised Kira we’d have dinner and a movie in our quarters tonight, just the two of us. Women, you

Kalen didn’t buy his put-upon sigh for a second. “Yeah. I’m sure it’s such a hardship, spending the evening alone with your

hot little blonde. Anytime you want a break from that, I’ll be glad to step in—”

“Dream on,” his friend growled, only half-joking. “I’d hate to disembowel the Pack’s newest member.”

He grinned. “Ah, well. You can’t blame a guy for trying.”

Laughing, Kalen clapped a hand on Jax’s shoulder, completely surprising himself. It wasn’t often he initiated any kind of a

touch, and that said a lot about how much he was starting to trust these guys. “You’ve got it bad, big guy. Me, I’m gonna go grab

“Sorry,” the shifter said sincerely. “I get a little nuts over Kira.”

“Ya think?” He winked. “Forget it. If I had a woman, I’d be the same way. Say, you wouldn’t happen to have the keys to one

of the SUVs on you? It’s a long walk otherwise.” Everyone knew he didn’t own a vehicle of any kind. Hell, he’d had nothing

but his backpack the day the Pack had found him in one of the local cemeteries, raising a corpse while investigating a series of

“Oh, sure.” Digging in his front jeans pocket, he brought out a ring and tossed it to Kalen. “Where exactly are you going?”

He caught and palmed the ring, considering his answer. In the end, he settled for a half-truth. “The Grizzly. Mackenzie’s in

town. I thought I’d catch up with her, have a drink.”

Jax stared at him a long moment, as though trying to detect any deception. Then his lips curved upward. “Good luck if you

hope to get a piece of that. Her daddy will eat your liver for dinner.”

“Whatever, man.” He rolled his eyes, reaching for a calm he didn’t feel.

“Bring the Escalade back in one piece or it’s my ass.”

Kalen took off before Jax could form more questions about why he was in such a hurry, and to do nothing more than have a

beer with Mackenzie in Nowheresville, Wyoming, on the edge of the Shoshone National Forest, no less. Jax sensed something

more was going on than what he’d said, and Kalen didn’t want to get everyone excited over what might turn out to be nothing.

As he jogged outside and headed for the ginormous hangar that housed all of their various methods of transportation, he

wondered why he hadn’t simply come clean about all his reasons for going in to town.

Because he didn’t want the others to get wind of his infatuation with a woman who couldn’t possibly want a tramp like him?

Because after nearly half a lifetime of surviving alone, he didn’t trust anyone else to come to his aid if there was trouble?

Forbidden Love by Natalie Hancock
Kathryn Smith by In The Night
The CEO and the Girl From the Coffee Shop by Terry Towers
Broken (Endurance) by Thomas, April
The Penance of Black Betty by Kelli Maine
Dead Sexy by Aleah Barley
The Doomfarers of Coramonde by Brian Daley
The Keeper of the Walls by Monique Raphel High
The Cowboy's Kink (The Billionaire Bachelors Series) by RG Alexander
Girl Unwrapped by Gabriella Goliger