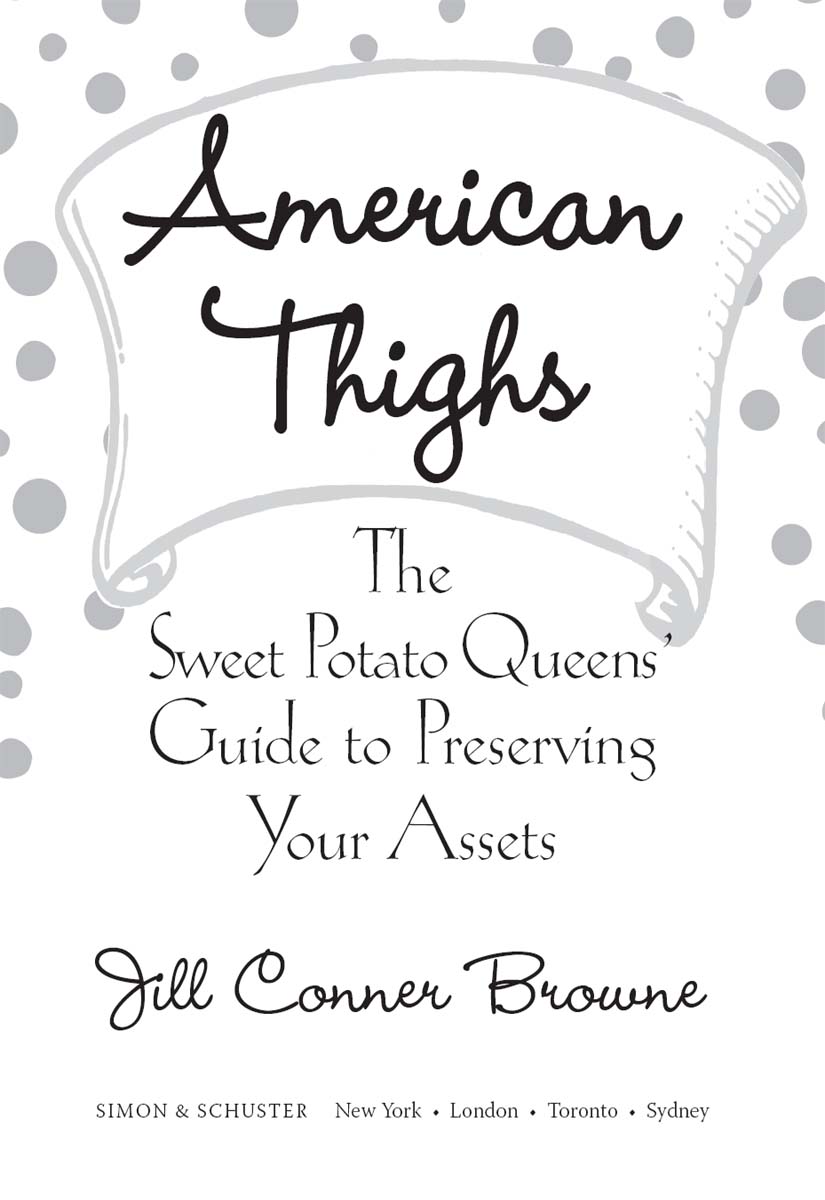 The Sweet Potato Queens' First Big-Ass Novel: Stuff We Didn't Actually Do, but Could Have, and May Yet
(with Karin Gillespie)

The Sweet Potato Queens' Field Guide to Men: Every Man I Love Is Either Married, Gay, or Dead

God Save the Sweet Potato Queens 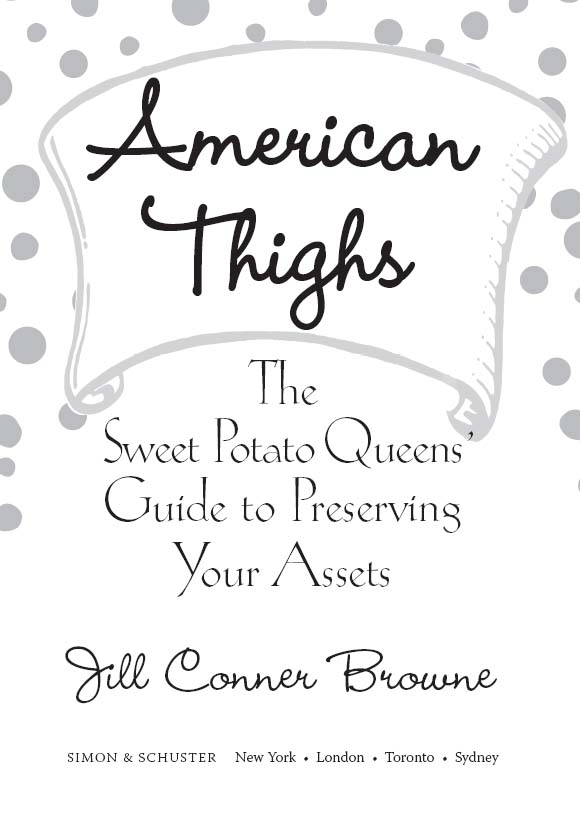 W
hen my very first book,
The Sweet Potato Queens' Book of Love,
was published, everybody, from family and friends to folks in the media, wanted to know “what's next.” And I laughingly told them all that what I envisioned was a sort of “Nancy Drew” series, a seemingly endless stream of sagas about the Sweet Potato Queensânever dreaming it would actually come to pass. And yet here we are with book #8. Wow. It took a lot more than a village, lemme tell youâso here's this biggest THANK-YOU in the world to:

My ever cute and talented agent, Jenny Bent of Trident Media Group, who continues to be my invaluable friend, ally, and thinker-upper-of-stuff-for-me-to-do.

David Rosenthal, Denise Roy, Julia Prosser, Nicole De Jackmo, Kate Anofski, Deb Darrock, Aileen Boyle, Victoria Meyer, Leah Wasielewski, Sybil Pincus, Jackie Seow, and Dana Sloanâthe esteemed and attractive team at Simon & Schuster who labor tirelessly on my behalf. I would also like to say a spe
cial thank-you to Honi Werner for her brilliant covers on
The First Big-Ass Novel
and
The Guide to Raising Children for Fun and Profit
, and to Janet Perr for stepping up to the plate and knocking it over the fence with the cover of this book.

Kyle Jennings and the staff at Bad Dog Management for innumerable services rendered, both mentionable and otherwise.

Alycia Jones and Sarajean Babin, who, along with their Spud Studs Russell and Mike, respectively, keep everything at www.sweetpotatoqueens.com goingâ¦somehow.

Theo Costas, John Rein, and the whole staff at Southern Beverage in Jackson, Mississippi, for their tremendous support of the SPQÂ® Million Queen Marchâ ¢. Show your own appreciationâbuy somebody a Bud today, and get yourself a couple as well!

Patty and Jeff Christie of Patty Peck Honda in Jackson, Mississippi, for their generous support of the SPQÂ® Million
Queen Marchâ ¢: has there EVER been a better time to drive a Honda? Get yours from these Queen-friendly folks!

Our very dear friend Henry Cooper, at Country Pleasin' Meats, who gave us the first annual Big-Ass Barbecue after the Parade this year. YUM and thank you!

Kenny Windham, Jan Michaels, and the whole crazy bunch at Clear Channel Radio in Jackson, Mississippi, for their overwhelming support all year long.

Liza and Rick Looser and their band of geniuses at the Cirlot Agency for TEN YEARS of brilliance that can be observed at www.sweetpotatoqueens.com!

The entire staff at the Hilton Jackson for cheerfully catering to the every whim of about ten thousand or so crazy women from all over the world on the third weekend of every March. Y'all are crazyâbut in such a good way.

To the Royalest and Loyalest Court any Queen ever hadâCynthia Speetjens, Melanie Jeffreys, Pippa Jackson, Katie Werdel, George Ewing, Ellyn Weeks, Martha Jean Alford, and Robin Mitchellâwho make it more fun every year, which ought to be impossible but apparently isn't.

Many Lives by Stephanie Beacham
A Most Unusual Governess by Amanda Grange
On His Orders (The Billionaire's Way) by Sloan, C.T.
Paloma and the Horse Traders by Carla Kelly
Nightmare at the Book Fair by Dan Gutman
Sands (Sharani Series Book 1) by Kevin L. Nielsen
Priests of Ferris by Maurice Gee
Calm by Viola Grace
Highland Brides 04 - Lion Heart by Tanya Anne Crosby
Think Smart: A Neuroscientist's Prescription for Improving Your Brain's Performance by Richard Restak