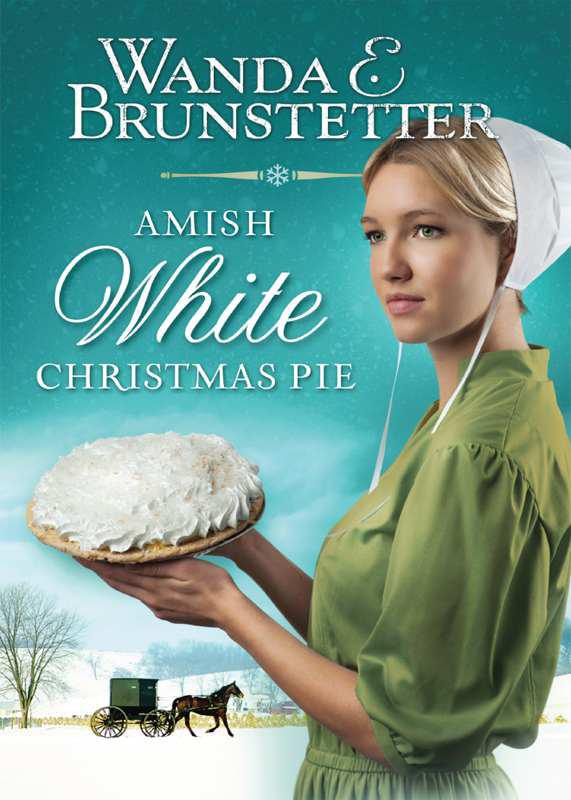 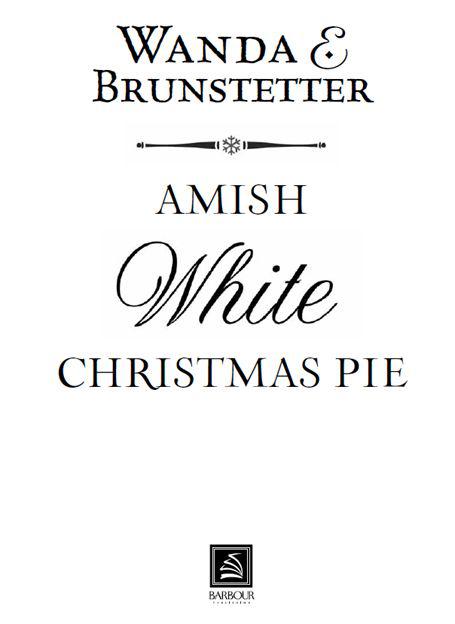 All rights reserved. No part of this publication may be reproduced or transmitted in any form or by any means without written permission of the publisher.

All German-Dutch words are taken from the
Revised Pennsylvania German Dictionary
found in Lancaster County, Pennsylvania.

And ye shall know the truth,
and the truth shall make you free
.
J
OHN
8:32

A lump formed in Will Henderson’s throat as he stared at the headline in the morning newspaper.
Not another abandoned child!

The little girl had been left alone on a picnic table in a small Michigan town. She had no identification and couldn’t tell the officials anything more than her first name and the fact that her mommy and daddy were gone. While the police searched for the girl’s parents, she would be put in a foster home.

Will dropped the paper on the kitchen table and let his head fall forward into his hands as a rush of memories pulled him back in time. Back to when he was six years old. Back to a day he wished he could forget…

Will released a noisy yawn and rolled over. Seeing Pop’s side of the bed was empty, he pushed the heavy quilt aside, scrambled out of bed, and raced over to the window. When he lifted the dark green shade and peeked through the frosty glass, his breath caught in his throat. The ground and trees in the Stoltzfuses’ backyard were covered in white!

“Pop was right; we’ve got ourselves some snow!” Will darted across the room, slipped out of his nightshirt, and hurried to get dressed. He figured Pop must be outside helping Mark Stoltzfus do his chores
.

When Will stepped out of the bedroom, his nose twitched, and his stomach rumbled. The tangy smell coming from the kitchen let him know that the Amish woman named Regina was probably making breakfast
.

“It didn’t snow on Christmas like Pop said it would, but it’s sure snowin’ now!” Will shouted as he raced into the kitchen
.

Regina Stoltzfus turned from the stove and smiled at Will, her dark eyes gleaming in the light of the gas lantern hanging above the table
. “Jah,
it sure is. It would have been nice if we’d had a white Christmas, but the Lord decided to give us some fluffy white stuff today, instead.”

Will wiggled his bare feet on the cold linoleum floor, hardly able to contain himself. “I can’t wait to play in the snow with Pop. Maybe we can build a snowman.” He rushed to the back door, stood on his toes, and peered out the small window. “Is Pop helpin’ Mark milk the cows?”

Regina came to stand beside Will. “Your dad’s not helping Mark do his chores this morning,” she said, placing one hand on his shoulder
.

Will looked up at her and squinted. “He’s not?”

She shook her head
.

“Didn’t you find the note he wrote you?”

Regina motioned to the table. “Let’s have a seat, shall we?” When she pulled out a chair, he plunked right down
.

“After you went to bed last night, your dad had a talk with me and Mark,” she said, taking the seat beside him
.

“What’d ya talk about? Did Pop tell ya thanks for lettin’ us stay here and for fixin’ us Christmas dinner yesterday?”

“He did say thanks for those things, but he said something else, too.”

Regina’s eyes seemed to have lost their sparkle. Her face looked kind of sad. “Your dad said he would leave a note for me to read you, Will. Are you sure there wasn’t a note on your pillow or someplace else in your room?”

“I didn’t see no note. Why would Pop leave a note for me?”

Regina touched his arm. “Your dad left early this morning, Will.”

“To make his delivery, and then he—”

Will’s eyebrows shot up. “Pop left without me?”

She nodded. “He asked if we’d look after you while he’s trying to find a different job.”

Will shook his head vigorously. “Pop wouldn’t leave without me. I know he wouldn’t.”

“He did, Will. That’s why he planned to leave you a note—so you would understand why.”

Will jumped out of his chair, raced up the stairs, and dashed into the bedroom he and Pop had shared since they’d come to stay with Mark and Regina Stoltzfus a few days ago. There was no note on the pillow. No note on the dresser or nightstand, either. Will ran over to the closet and threw open the door. Pop’s suitcase was gone!

Will’s knee bumped against the table, bringing his thoughts back to the present.

He lifted his head and glanced down at Sandy, his honey-colored cocker spaniel, who stared up at him with soulful brown eyes. “Did you bump my leg, girl?”

Ever since Will had been a boy, he’d wanted a dog of his own, but Pop had said a dog wasn’t a good idea for people who lived in a semitruck as they traveled down the road. Papa Mark had seen the need for a dog, though. A few weeks after Will had come to live with Mark and Regina, he’d been given a cocker spaniel puppy. He had named the dog Penny because she was the color of a copper penny. Penny had been a good dog, but she’d died two years ago. Will had gotten another cocker spaniel he’d named Sandy. He’d bred the dog with his friend Harley’s male cocker, Rusty. Sandy was due to have her pups in a few weeks.

Sandy nudged Will’s leg again, and he reached down to pat her silky head. “Do you need to go out, girl, or are you just getting anxious for your
hundlin
to be born?”

Just One Sip by Scarlett Dawn
Craig Lancaster - Edward Adrift by Craig Lancaster - Edward Adrift
Amelia's Journey by Martha Rogers
Echoes of Silence by Marjorie Eccles
Bullet Park by John Cheever
The Star-Fire Prophecy by Jane Toombs
The Problem of Slavery in the Age of Emancipation by Davis, David Brion
Whispers from the Shadows by Roseanna M. White
Fresh Air Fiend by Paul Theroux
Desire in the Arctic by Hoff, Stacy