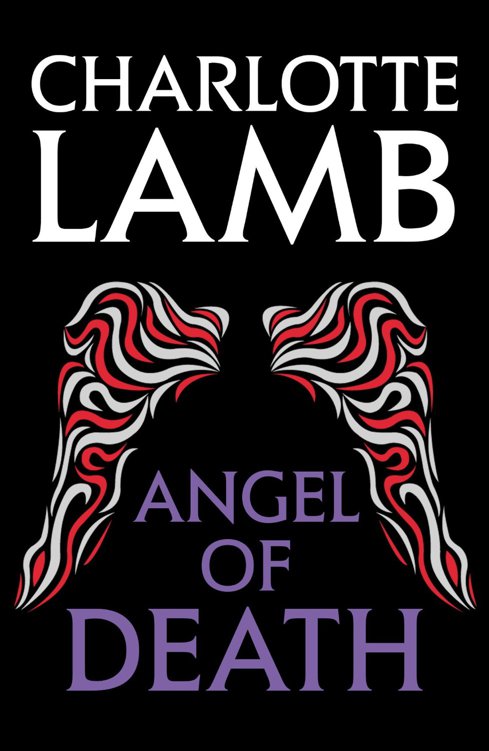 In the Still of the Night

Treasons of the Heart

Charlotte Lamb was Mills & Boon’s top-selling author. Her novels have been translated in many languages and are bestsellers around the world. She died in October 2000.

First published in Great Britain in 2000 by Hodder & Stoughton

This Hodder eBook edition published in 2013

The right of Charlotte Lamb to be identified as the Author of the Work has been asserted by her in accordance with the Copyright, Designs and Patents Act 1988.

‘A potent mixture of murder, mystery and intrigue . . . you simply won’t be able to put the book down’

‘Interesting characters and a satisfyingly structured story, as polished as ever’

News of the World

Miranda knew she was dreaming, at one level of her mind, and tried to wake up, but was held too deeply by the dream. Her body was heavy, as if she were paralysed.

A tumult of dark green, marbled, foam-flecked water carried her along, turning her this way and that, upside down, then right side up, weightless, flotsam crashing helplessly along. The sea, she thought, smelling salt. She was in the sea.

She could hear someone else, nearby, gasping, choking.

He called out to her. ‘Miranda! Where are you? Miranda! Help me!’

He had never been a strong swimmer, whereas it had always been her favourite sport.

Her heart leapt in dread and anguish.

‘Tom, I’m coming, hang on!’ Fear for him made her fight harder. She struggled against the waves but she couldn’t see him.

‘Tom, where are you?’ she screamed, and with a final effort surfaced.

But not in the sea. Awake now, she realised she was in bed, in a strange room – a narrow, boxlike little room. Her body was damp with sweat. The sheets stuck to her. Blankly, she stared around. Where on earth was she?

There was very little furniture; just the bed she lay in, a low cupboard next to it, on which stood a jug of water and a glass, and against the wall a wooden chair. The walls were white. Beige blinds covered the small window. There was a lamp on a table by the door, casting a veiled light, and somewhere she heard muffled footsteps. Her nose wrinkled – there was that familiar institutional scent of wax polish she remembered from school, from public libraries, but mingled with a pungent, antiseptic smell. Disinfectant? Was she in a hospital?

What was she doing here? How had she got here?

Panic rose up inside her. The sea. She remembered the dream, or had it just been a dream? She had been in the sea. How long ago? Tom. Where was Tom?

She had fought to reach him, then someone else had appeared, had grabbed her by the shoulders to turn her over on to her back.

‘Leave me alone,’ she had yelled, trying to break free of him. ‘I’ll be OK. My husband. Save Tom. He’s in trouble. He isn’t a good swimmer, he needs help.’

He didn’t answer, and she couldn’t hear Tom any more. Fear made her desperate, but the powerful hands wouldn’t release her. He began towing her through the water. When she screamed at him water sloshed into her mouth, half-choking her.

He seemed tireless, breasting the waves while he dragged her behind him, up on to a beach. At last he let go of her and she lay, face down, salt water spewing out of her, hurting her throat, her body shuddering and heaving. Rough sand had grazed her frozen skin, she saw blood smears on her legs.

The man who had saved her knelt, massaging her back and shoulders with firm fingers. He raised her and put his arms round her to keep her warm against his body. She tried to push him away, but he would not let go. She was too tired to fight. She sat rigid in the circle of his grasp, hearing his body, his breathing, his heartbeat.

She hated him. He was alive. Tom was dead.

She turned her head to look down the beach at the dark, devouring sea. There was no sign of the yacht. It must have gone to the bottom.

Her eyes closed to shut out the sight. Images of Tom’s blond hair filled her head. It was so alive; it moved constantly, curling strands spread out in the water, floating away from the face with its closed, blind eyes, and she saw little blue and silver fish darting in and out of the curls.

Shuddering, she refused to think any more about that and drifted away like Tom on a remorseless tide.

How long had it been before rescue arrived? By the time it did, she must have been unconscious. She could remember nothing of what happened next.

All she knew was that she was here, in this silent little room. Alive and alone. Tears filled her eyes. Oh, Tom, Tom – how could she go on living, without him?

A sob broke out of her. She wished she were dead, too. She should have drowned out there, with him. She would have done if that man had not dragged her away.

In the corner of the room something moved. Her heart seemed to stop. Her head swung in shock.

‘Who’s there?’ she whispered.

He got up from a chair and came towards her. She recognised him at once. All in black, as usual – tieless shirt, trousers, jacket. His hair almost the same colour, springing back from a widow’s peak, short at the side, the back curling into his nape.

He stood beside the bed and she looked up with dread into his pale, cold face. His eyes were the colour of a grey winter’s day.

‘I was afraid of you the minute I first saw you,’ she said. ‘Now I know why. You’re the angel of death, aren’t you? You took Tom. Have you come for me now?’

He put a hand out towards her, long, tapering fingers curling to take her and she shrank away.

‘Don’t touch me! I couldn’t bear it if you touched me!’ she screamed.

Outside in a corridor footsteps quickened into a run. The door was flung open. Lights blazed in the room.

A nurse hurried over to her.

‘Who?’ The nurse looked round the room.

It was empty. There was nobody there. Miranda lay down again, trembling violently. Had she still been dreaming, after all?

The nurse gave her an injection. Miranda went back into her dream; into the cold, green sea. The angel of death was waiting for her there. That night and for many nights afterwards.

But she never saw him again when she was awake.

Miranda drove down to Sussex one bright May morning feeling better than she had for a very long time. It was a lovely day and she was pleased with the way she looked in her new pale mauve suit. She had given herself a little more height by buying high-heeled white sandals. It would be a mistake to try to walk far in them. She knew she was a little unsteady on them but their delicacy and style made her feel really elegant, and what she needed was a boost to her self-confidence, which had been at an all-time low for a long time.

It had surprised her to be invited to the engagement party of her boss’s son. She barely knew Sean, who was eight years younger than her; a good-looking, very sophisticated twenty-one-year-old who already knew it all, judging by his manner and the condescending way he spoke to her, as if she was a halfwit, or an old granny.

She had a sneaking feeling Sean did not even know she was on the invitation list. Her boss had sent out the invitations – to personal friends of his own, or Sean’s buddies, or friends of the new fiancée, and, of course, to relatives from either side. There was a lot of excitement in the firm about who would be invited and who would not, but Miranda had not expected to be on the list.

She had accepted, of course – how could she refuse? Only later did it dawn on her that she had nothing to wear except clothes she had already worn to work and it would never do to wear any of them.

It was years since she had taken any interest in how she looked, but for a party like that she had to have something really good. People might notice. Her boss certainly would. He noticed everything; sharp as a tack, as her mother would say. So, last week she had taken a long lunch hour and gone to Oxford Street. After wandering from shop to shop, walking for half an hour, she had finally seen this suit. The soft colour suited her own pigmentation. She was no beauty, but she knew she had fresh, clear skin, a loose brunette swirl of shoulder-length hair and light hazel eyes. She had not inherited her mother’s stunning looks. As a girl, she had kept hoping her hair would turn that shiny golden blonde colour, that her eyes would go grass green, that she would somehow acquire the ability to make men’s heads turn, but she had her father’s colouring and features, and the magic transformation had never happened. Life was full of disappointments.

Frankie's Back in Town by Jeanie London
Bad Girls, Bad Girls, Whatcha Gonna Do? by Cynthia Voigt
Under His Control (For His Pleasure, Book 18) by Favor, Kelly
Edith Wharton - Novella 01 by Fast (and) Loose (v2.1)
The Dark Places by D. Martin
Nicholas and Alexandra by Robert K. Massie
An Island Christmas by Nancy Thayer
On Black Sisters Street by Chika Unigwe
Agency Rules - Never an Easy Day at the Office by Khalid Muhammad
Pet Noir by Pati Nagle