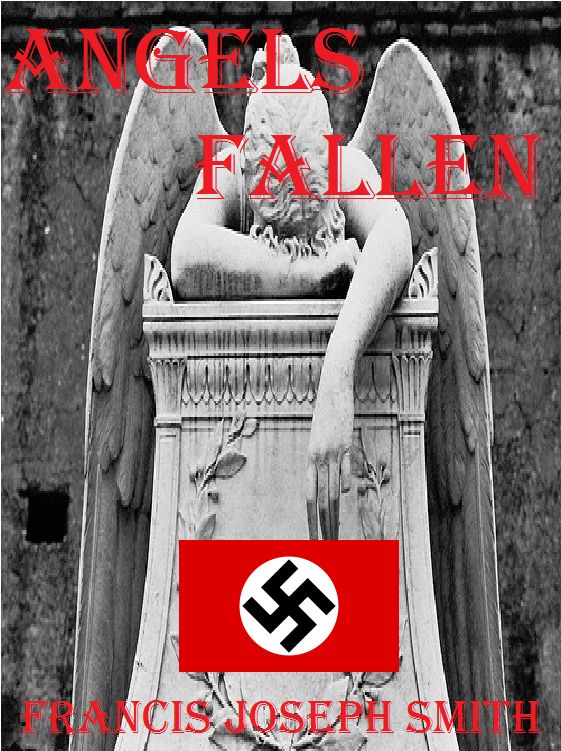 All rights reserved. No part of this book may be reproduced, stored in a retrieval system, or transmitted in any form by any means without the prior written permission of the publis
her, except by a reviewer who may quote brief passages in a review to be printed in a newspaper, magazine, journal, or on-line.

Printed in the
United States of America

For my Father; You never saw the final version

I know you were looking over my shoulder the entire time.

IN
the early spring of 1945, a German train comprised of 46 rail cars packed with five tons of gold, 700 pounds of diamonds, 1,200 paintings, 5,000 Persian rugs, and 1,000 cases of silverware, left Eastern Europe and the advancing Russian army, hoping to reach the safety of Germany within a few days. In early May 1945, after two months of dodging Allied Forces, the US Third Army captured the train. On final accounting, it was missing 17 of its original 46 rail cars and most of its gold and silver cargo.

ON
October 21, 1946, a Top Secret report from a US Treasury Agent declassified in 1997, quoted a "reliable source in Italy" who alerted his superiors about confiscated monies sent to the Vatican Bank "for safekeeping," A sum largely in the form of gold.

IN
a 1998 report issued by the US State Department, Nazi Treasures were identified as having been illicitly transferred to the Vatican Bank after the end of WWII. The Vatican has repeatedly denied any involvement in crimes or the disappearance of any treasure.

SINCE 1945,
the Vatican has refused to open its wartime records to substantiate its innocence……….

Saint Peters Square on a sunny May morning contained the usual tourists as Father Jonathon Lester turned down a narrow service alley a block off the main square.

At the alley’s
end a solitary door greeted him—a brass plate attached to it read in English and Italian, “
Staff Entrance Only.
”  As he reached for the door’s buzzer the door swung open with a loud, audible metallic click. Father Lester laughed to himself as he realized dozens of security cameras had monitored his progress down the alley. After entering, Father Lester watched as the door slowly closed behind him, its titanium bolts sliding effortlessly back into place within the buildings two-foot-thick concrete walls.

He
nodded to the uniformed guard who now blocked his entry. “Good morning, Heinrich,” he said.

The burly middle-aged guard stepped aside in acknowledgement
, well aware of Father Lester’s identity. “Welcome back, Father.  It’s been a couple of weeks since your last visit,” he replied in perfect English. “No need for a walk-through.”

He motion
ed Father Lester around the metal detector.

Father Lester smiled
in return. “Thank you, Heinrich. You know how I try to avoid this building as much as possible.”

Heinrich
grinned, fully aware of Father Lester’s aversion to the Vatican Vaults. “Yes, I understand. Shall I notify the boss of your arrival?”

“No, let me surprise him this
one time,” Father Lester said over his shoulder as he walked the remaining 10 meters to where an empty elevator awaited him. He stepped inside and waved back to Heinrich as he pulled the cage doors closed behind him. Once alone, he withdrew a 9mm Beretta from his worn shoulder holster, holding the weapon in his palm as if weighing it. Satisfied, he withdrew a bulbous silencer from his jacket pocket and expertly screwed it into place.

It was almost eleven
o’clock. He’d have to hurry.

Take a deep breath
, he thought as he watched the floors tick off one by one.

A soft shudder signaled the elevator had reache
d its destination:  The Vatican Vaults—considered one of the most formidable facilities in the world with its hand-carved tunnels dug deep into solid Italian bedrock ten stories below St. Peter’s Square. For over 60 years the vaults had proved a formidable deterrent for any enemy to penetrate.

“Jesus forgive me,” he said aloud
as he stepped into the brightly lit concrete hallway that offered itself.  A black windbreaker draped over one arm concealed his weapon. He felt a rising excitement inside him.

No more than ten meters away at the end of the hallway, a member of the
Vatican’s elite Nobel Guard snapped to attention, an Uzi machine gun slung low across his chest.

“
Personal bodyguards to the Pope
,” thought Father Lester.
“His Excellency must be close
.”

A Dell laptop in front of the young Nobel Guard employed the new
Scanworks
Facial
Recognition
Software.
A camera mounted atop his desk continually scanned Father Lester’s features as he approached. Within seconds an exact match appeared on the computer screen in front of him displaying both his picture and profile.

The young soldier touched the tip of his blue beret in
acknowledgement. “Good morning, sir,” the soldier barked mechanically. Behind him a thick steel door slid open in response.

Father Lester nodded as he walked
past.  Suddenly he stopped, whirled around, flung his raincoat to the ground, and pointed his Beretta at the soldier’s head.

The young soldier’s eyes went wide before he could react.

“Bang your dead, Johann,” said Father Lester, his free hand slicing through the air in a sign of the cross at the young guard. “You owe me twenty euro’s this time. Next time it’s fifty.”

The young soldier sho
ok his head at being caught off guard by the Vatican’s Chief of Special Action Teams. “Bastard,” he mumbled under his breath.

Father Lester allowed a slight grin to escape as he entered the bunker.

FRANTIC ACTIVITY ALLOWED
Father Lester to gain entrance without much fanfare. He eased through the initial ring of standard government office cubicles, low fabric walls, and gunmetal gray desks before reaching his objective: the offices of the Vatican Special Action Team. Its members frequently compared to those of the American Navy SEALS or British SAS but on a much smaller scale, with the Special Action Team lucky to number in the low teens.
But they all handled their respective government’s silent, dirty work.

Father Lester eyed his superior, Monsignor Sims
, as he sat on top of his desk, one leg draped over its side, the other firmly placed on the concrete floor, the Monsignor speaking forcefully into his cell phone.

Monsignor Sims nodded to Father Lester
as he handed him a Cuban Romeo y Julieta cigar. “Sit down, I’ll just be a minute,” he mouthed.

Head shaven bald, tall but muscular, a white clerical collar topped his black shirt. His sleeves
were rolled up to reveal arms the size of small tree trunks, betraying his younger days as a Boston College offensive lineman. He looked nothing like a man who possessed the full authority to
speak and deal
on behalf of the leader of the Catholic Church.

After a few seconds, Father Lester realized the conversation was in Hebre
w
—
one of six languages Monsignor Sims spoke fluently.

“I no longer have it,
we
no longer have it,” Monsignor Sims replied angrily before slamming his cell phone on the table. “
That arrogant bastard
,” he said aloud before he realized Father Lester was staring at him.  He paused to compose himself, smiling as he turned to face him. “I know how you detest visiting our little hole in the ground, but I wanted to inform you personally of the news.  We have a potentially embarrassing situation whose existence, if it were leaked to the general public, would utterly disgrace the Holy See.”

Monsignor Sims
handed Father Lester a red folder before continuing. “Our contact in the United States sent that message to us over thirty minutes ago. It seems that after some sixty plus years in hiding our enemies are returning home for a little scavenger hunt.  You know what that means don’t you?”

Father Lester casually scanned the
message, having written his doctorate on the papers original theory in his former life of clandestine service for the British Government.  “Yes, I understand,” he replied assuredly, “retrieve our product and protect the church at all costs.”

AT A FAST PACE
, Monsignor Sims hurried through the lush grounds of the Vatican Gardens stopping at the Lourdes Grotto, eyeing the
Pope deep in prayer. He waited patiently until the Pope looked up, signaling for Sims to join him as he sat on wooden, patio-style chairs, still admiring the grotto.

Monsignor Sims
took a deep breath before he joined the Pope, taking a chair beside him.

The Pope nodded in greeting. “What news do you bring me
, Monsignor?”

“
You must forgive me, Your Holiness. It’s the worst possible kind. I have just authorized the elimination of some of our enemie
s
—
all in your name.”

The Pope reache
d for Sims’ hand, nodding. “We can’t always afford to play by the rules. Death comes to every man at one time or another.”