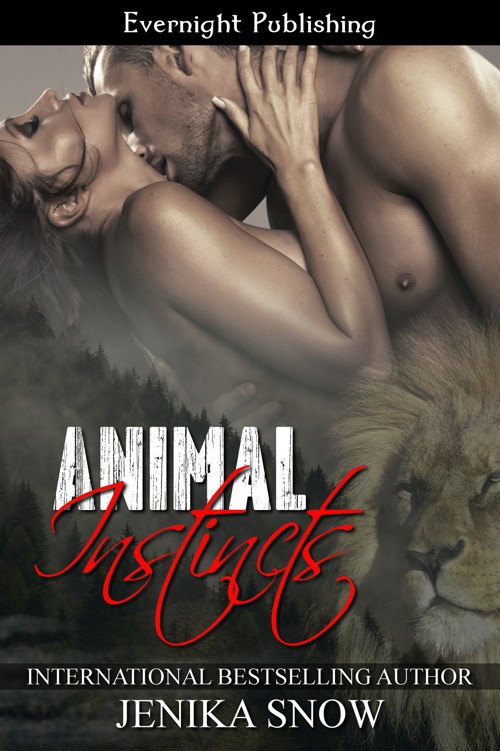 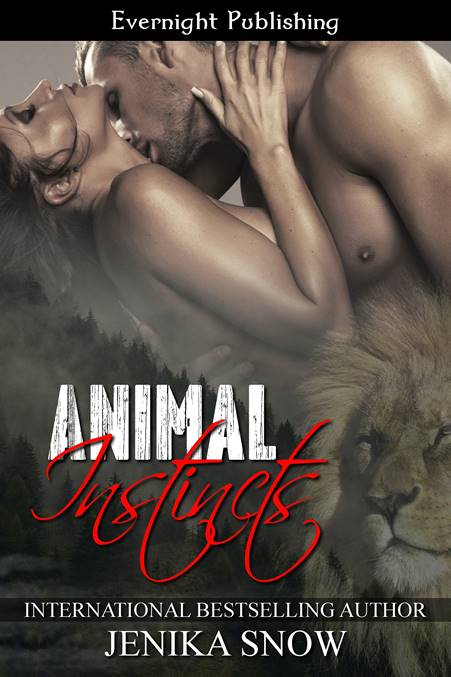 Thank you to the readers for
their continued support, and thank you to
Evernight
for being an incredible publisher!

Sixteen
years old might have been a big deal to some, but to Danika Harrison it was
just another day. She couldn’t vote, could barely drive, and couldn’t even have
any alcohol. Although the latter wasn’t what she aspired to do with her life,
it was a bigger milestone than the “Sweet Sixteen” birthday party her father
had thrown for her.

The
pink and white balloons, the cutout decorations that signaled she was indeed
sixteen today, were splattered across the backyard. Her father was over by the
barbeque, and the guests that had already arrived were a few of her friends
from school, and some of the neighbors. She could have done without the show
for her birthday, but although her father was this big, tough, and strong
former SEAL, he was also the only person in her life that cared for her. After
her mother passed away suddenly when she was only two, it had just been her and
her dad. He, at times, went a little above and beyond during celebrations and
holidays, but she loved him for it,
even
if she felt
she was too old for those things anymore.

Her
dad looked at his watch, and she knew that one of his old Navy SEAL buddies was
supposed to be coming in. She had heard a lot about Damien Locke, a lion
shifting man that had saved her father’s life when they had been overseas
before she was born. It was because of her father getting injured, and Damien
saving his life, that her father had gotten a Purple Heart and had been
Honorably Discharged.

“Hey,
birthday girl,” Hayden, her best friend since she had been five years old, said
from beside her.

She
elbowed Hayden in the gut, and although he grunted as if in pain, she knew that
he was fine.

“Your dad expecting someone?”
Hayden asked and brought his can
of Sprite to his mouth.

“Yeah,
an old SEAL buddy that he hasn’t seen in years. Apparently the guy is moving to
Thistledale
.” She stared at her dad as he flipped
burgers, glanced at the side entrance of their house,
then
went back to handing out hot dogs and hamburgers. “His name is Damien, and Dad
says he’s this badass lion shifter that was this machine in the field, whatever
that means.” She took a sip of her root beer.

“That
means he’s a badass shifter that can probably kill a man with his bare hands.”

She
shook her head at Hayden’s exaggeration, although it probably wasn’t too far
off from the truth.

She
nodded and glanced at Hayden.

“He’ll
be like the third shifter in this shitty little town.”

She
chuckled, because he was right, on both accounts.
Thistledale
was
shitty, with a small population
of humans, and only two shifters that lived inside city limits. Although
shifters and humans lived side-by side, in the town she lived in, which was
pretty much out in the middle of nowhere, the only two part animal inhabitants
were two panther shifters that were also husband and wife.

Hayden made this noncommittal noise, and
started looking at Pamela
Yern
, one of Danika’s
non-friend friends. They might have hung out when they were younger, but they
hadn’t been “friends” for a long time. But because Pamela lived right next door
to her, apparently her father thought that she needed to come to the party.

“Your
dad invited her?” Hayden said without any disgust in his voice, and instead
sounding a little turned on.

“God,
Hayden, please don’t even go there with her. You and I both know that she makes
out with the JV football players behind the school.”

He
lifted an eyebrow, as if he were intrigued.

“What
is it about her that makes anyone with a penis lose their brain?”

That
had Hayden spitting out his Sprite as he laughed. “Oh shit, Danika.” He looked
over at her. His short brown hair was slightly damp from the swim in her
backyard pool, and his light hazel eyes were crinkled in the corners as he
tried to contain his laughter.

“If
you had a penis you’d know why being easy was such a turn-on for the male
population.”

Danika
stared at Pamela as she got out of the pool, her string bikini totally
inappropriate for a birthday party, and her breasts so big the triangles
covering her nipples were barely holding on.

“God,
stop it now. If you only give me one thing for my birthday, make it sweet
silence when it comes it Pamela.”

Hayden
started laughing, but grabbed her upper arm and steered her toward the side of
the house. “I have your birthday present right here.” He reached in the front
pocket of his shorts and pulled out a joint.

“Holy shit, Hayden.”
Danika grabbed his hand that
held the joint and pulled it down. Her father looked up, glanced around the
backyard, and when he spotted them he lifted his hand and waved. But when she
lifted her hand and felt her nervous smile spread across her face, she realized
her father hadn’t seen the marijuana. A man walked toward her father, huge,
intimidating, and even though she couldn’t see his face, and wasn’t that close,
she felt the aura of power leave him. Her dad and the guy embraced in one of
those manly hugs, and clapped each other on the back. Danika stared at the guy.
His darker blond hair was cut short, military style, and his big muscular body
was bigger than even her father’s, and her dad was no creampuff.

The
man wore a white t-shirt, one that didn’t do anything to mask the bulging
muscles of his back and arms, or hide his tattoos that she could see through
the light fabric. And his jeans, although slightly loose, fit him pretty damn
good. God, what in the hell was she doing? Clearly that was her dad’s friend by
the way her father lit up and became animated. She was sixteen, and the guy had
to be in his late thirties, which was her father’s age. But her hormones had
come alive when she had seen him, or, more correctly, the back of him.

“Come
on, Hayden. I think I need that joint right about now.”

Damien
was done, finished with fighting, finished with the violence and death, and
looked forward to silence of solitude. For the better part of his thirty-five
years he had been a SEAL, fought beside some of the
most well
-respected
and brave men—human and shifters alike—that he had the pleasure of calling
brothers. But his time was done, and he had the scars and lasting injuries to
remind him of his time fighting a war that had taken lives, but also saved
them.

He
stared at Tyler, his friend, brother, a man he considered family, and took a
long drink from his beer. The party that was being thrown was obviously for
Tyler’s sixteen-year-old daughter, although Damien hadn’t seen Danika. Hell, he
hadn’t even met her. For all these years he had been traveling, fighting, and
keeping busy with his missions. But as he looked around the large country
backyard with an in-ground pool and a privacy fence blocking off prying eyes
for about twenty yards ahead of them, he didn’t see any young female that
resembled Tyler, or smelled of his blood.

“Yeah,
and I’m looking forward to doing absolutely nothing.” Damien’s entire life had
been nothing but action, combat, and strength. It would be nice to just do …
nothing.

They
stood in front of each other, each on their second beer. The memories of his
time in combat with this man filled Damien’s head. He was a lion shifter, a
powerful creature that was stronger than humans, faster, had better senses, and
had been used for more dangerous missions. After he had saved Tyler’s life
Damien had been reassigned to infiltrate a sex-ring overseas. The assignment
had lasted years, and tracking down and taking out the motherfuckers
responsible had been a pleasure. Damien wasn’t human, not fully, and because of
that he was a lot fiercer than many men. He was also a hell of a lot more
dangerous than a lot of other shifters because he was more animal than human.