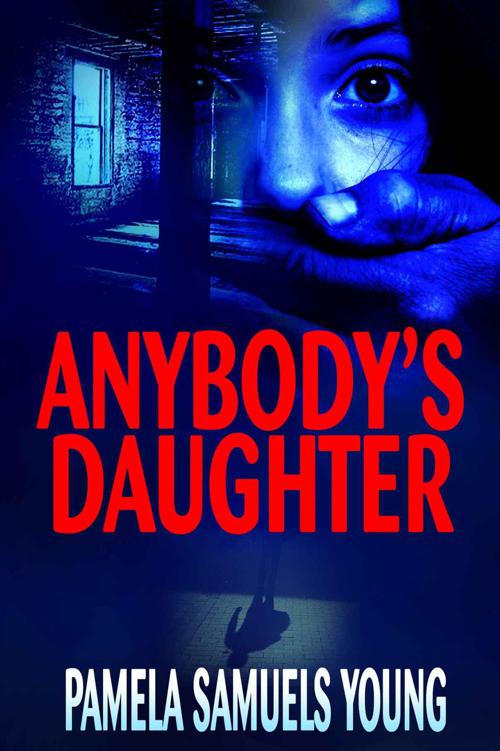 Every Reasonable Doubt
(1
st
in series)

In Firm Pursuit
(2
nd
in series)

Murder on the Down Low
(3
rd
in series)

All rights reserved. No part of this book may be reproduced, transmitted or used in whole or in part in any form by any electronic, mechanical or other means now known or hereafter invented, including, but not limited to, xerography, photocopying and recording, or by any information storage or retrieval system, without the express written permission of Goldman House Publishing.

This book is a work of fiction. The names, characters, dialogue, incidents, companies, organizations, and places, except for incidental references to public figures, products or services, are the product of the author’s imagination and are not to be construed as real. No character in this book is based on an actual person. Any resemblance to actual events, locales or persons living or dead is entirely coincidental and unintentional. The author and publisher have made every effort to ensure the accuracy and completeness of the information contained in this book and assume no responsibility for any errors, inaccuracies, omissions, or inconsistencies contained herein.

For information about special discounts for bulk purchases, please contact the author or Goldman House Publishing.

For three amazing women on the front lines in the battle to save our daughters.
Thanks for all you do.

B
rianna sat cross-legged in the middle of her bed, her thumbs rhythmically tapping the screen of her iPhone. She paused, then hit the
Send
button, firing off a text message.

Her soft hazel eyes lasered into the screen, anticipating—no craving—an instantaneous response. Jaden had told her to text him when she was about to leave the house.
So why didn’t he respond?

She hopped off the bed and cracked open the door. A gentle tinkle—probably a spoon clanking against the side of a stainless steel pot—signaled that her mother was busy in the kitchen preparing breakfast.

Easing the door shut, Brianna leaned against it and closed her eyes. To pull this off, Brianna couldn’t just act calm, she had to
be
calm. Otherwise, her mother would surely notice. But at only thirteen, she’d become pretty good at finding ways around her mother’s unreasonable rules.

She gently shook the phone as if that might make Jaden’s response instantly appear. Brianna was both thrilled and nervous about finally meeting Jaden, her first real boyfriend—a boyfriend she wasn’t supposed to have. Texts and emails had been racing back and forth between them ever since Jaden friended her on Facebook five weeks earlier.

It still bothered Brianna—but only a little—that Jaden had refused to hook up with her on Skype or FaceTime or even talk to her on the phone. Jaden had explained that he wanted to hear her voice and see her face for the first time in person. When she thought about it, that
was
kind of romantic.

If it hadn’t been for her Uncle Dre, Brianna would never have been able to have a secret boyfriend. When her uncle presented her with an iPhone for her birthday two months ago, her mother immediately launched into a tirade about perverts and predators on the Internet. But Uncle Dre had teased her mother for being so uptight and successfully pleaded her case.

Thank God her mother was such a techno-square. Although she’d insisted that they share the same Gmail account and barred her from Facebook, Brianna simply used her iPhone to open a Facebook account using a Yahoo email address that her mother knew nothing about. As for her texts, she immediately erased them.

A quiet chime signaled the message Brianna had been waiting for. A ripple of excitement shot through her.

Brianna tossed the phone onto the bed and covered her mouth with both hands.

She was finally going to meet the love of her life. Jaden’s older brother Clint was taking them to the Starbucks off Wilmington. Her mother kept such tight reins on her, this was the only time she could get away. Jaden had promised her that Clint would make sure she got to school on time.

Turning around to face the mirror on the back of the door, Brianna untied her bushy ponytail and let her hair fall across her shoulders. The yellow-and-purple Lakers tank top her Uncle Dre had given her fit snugly across her chest, but wasn’t slutty-looking. Jaden was a Kobe Bryant fanatic just like she was. He would be impressed when she showed up sporting No. 24.

Slinging her backpack over her shoulder, Brianna trudged down the hallway toward the kitchen.

“Hey, Mama. I have to be at school early for a Math Club meeting.”

Donna Walker turned away from the stove. “I’m making pancakes. You don’t have time for breakfast?”

Brianna felt a stab of guilt. Her mother was trying harder than ever to be a model parent. Brianna had spent much of the last year living with her grandmother after her mother’s last breakdown.

“Sorry.” She grabbed a cinnamon-raisin bagel from the breadbox on the counter. “Gotta go.”

Donna wiped her hand on a dishtowel. “It’s too early for you to be walking by yourself. I can drop you off.”

Brianna saw the hesitation in her mother’s overprotective eyes.

Taller and darker than her daughter, Donna wore her hair in short, natural curls. Her lips came together like two plump pillows and her eyes were a permanently sad shade of brown.

Donna had spent several years as a social worker, but now worked as an administrative assistant at St. Francis Hospital. Work, church and Brianna. That was her mother’s entire life. No man, no girlfriends, no fun.

Brianna wasn’t having any of that. She was
gonna
have a life, no matter how hard her mother tried to keep her on a short leash like a prized pet.

Donna finally walked over and gave her daughter a peck on the cheek, then repeated the same words she said every single morning.

Brianna bolted through the front door and hurried down the street. As expected, no one was out yet. Her legs grew shaky as she scurried past Sydney’s house. Brianna had wanted to tell her BFF about hooking up with Jaden today, but he made her promise not to. Anyway, Sydney had the biggest mouth in the whole seventh grade. Brianna couldn’t afford to have her business in the street. She’d made Sydney swear on the Bible before even telling her she’d been talking to Jaden on Facebook.

As she neared the end of the block, she saw it. The burgundy Escalade with the tinted windows was parked behind Mario’s Fish Market just like Jaden said it would be. Brianna was so excited her hands began to tremble. She was only a few feet away from the SUV when the driver’s door opened and a man climbed out.

Brianna unconsciously took a step back. Jaden’s brother didn’t look anything like him. On his Facebook picture, Jaden had dark eyes, a narrow nose and could’ve passed for T.I.’s twin brother. This man was dark-skinned with a flat nose and crooked teeth. And there was no way he was nineteen. He had to be even older than her Uncle Dre, who was thirty-something.

Brianna bit her lip. An uneasy feeling tinkered in her gut, causing her senses to see-saw between fear and excitement. But it was love, her love for Jaden, that won out. It didn’t matter what his brother looked like. They probably had different daddies.

As Clint opened the back door, Brianna handed him her backpack and stooped to peer inside the SUV.

At the same horrifying moment that Brianna realized that the man inside was not Jaden, Clint snatched her legs out from under her and shoved her into the Escalade.

The man in the backseat grabbed a handful of her hair and jerked her toward him. Brianna tumbled face-first into his lap, inhaling sweat and weed and piss.

“Owwwww! Get your hands offa me!” Brianna shrieked, her arms and legs thrashing about like a drowning swimmer. “Where’s Jaden? Let me go!”

She tried to pull away, but Stinky Man palmed the back of her head like a basketball, easily holding her in place. Clint, who was now in the front seat, reached down and snatched her arms behind her back and bound them with rope.

When Brianna heard the quiet revving of the engine and the door locks click into place, panic exploded from her ears. She violently kicked her feet, hoping to break the window. But each kick landed with a sharp thud that launched needles of pain back up her legs.

The stinky man thrust a calloused hand down the back of Brianna’s pants as she fought to squirm free.

“Dang, girl,” he cackled. “The brothers are gonna love you.”

“Cut it out, Leon,” Clint shouted, turning away to grab something from the front seat. “I’ve told you before. Don’t mess with the merchandise.”

She managed to twist around so that her face was no longer buried in Stinky Man’s lap. That was when she saw Clint coming toward her. He covered her mouth with a cloth that smelled like one of the chemicals from her science class.

Brianna coughed violently as a warm sensation filled her body. In seconds, her eyelids felt like two heavy windows being forced shut. She tried to scream, but the ringing in her ears drowned out all sound. When she blinked up at Stinky Man, he had two—no three—heads.

Brianna could feel the motion of the SUV pulling away from Mario’s Fish Market. She needed to do something. But her body was growing heavy and her head ached. The thick haze that cluttered her mind allowed only one desperate thought to seep through.

Bound, Branded, & Brazen by Jaci Burton
Ask For It by Selena Blake
Mr. Red Riding Hoode: Poconos Pack, Book 2 by Dana Marie Bell
Persuasion by Brenda Joyce
Suckerpunch: (2011) by Jeremy Brown
Certificado C99+ by Lluís Hernàndez i Sonali
Storming the Kingdom by Jeff Dixon
Once Upon a Caveman by Cassandra Gannon
18% Gray by Anne Tenino
The Aware (The Isles of Glory Book 1) by Larke, Glenda