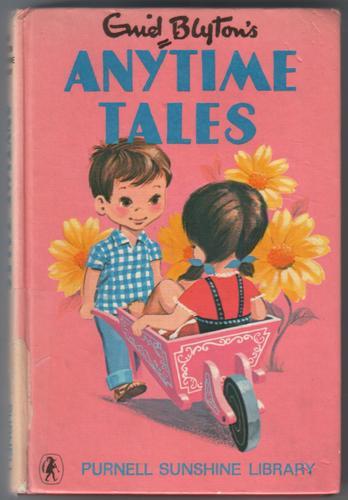 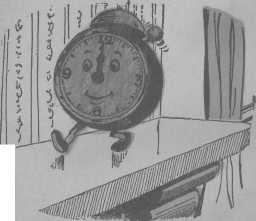 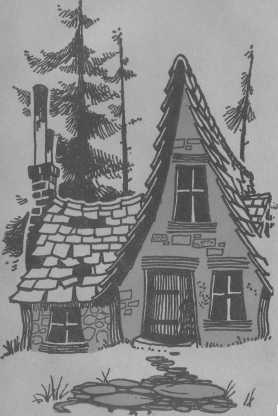 You ought to be called Jigsaw Joan,” said George scornfully when Joan began to do yet another jigsaw.

“Well, if I
like
doing jigsaws why shouldn’t I do them?” said Joan. “You like collecting stamps and Ronnie likes making things with his Meccano. I don’t laugh at you for doing those things whenever you can.”

“But you always take up all the table with your silly jigsaws,” said Ronnie. “You go on and on. I can’t think what you can see in them.”

“And I can’t see what George sees in his silly stamps, or you see in your endless Meccano,” said Joan, beginning to be cross. “Can’t you see that some people like doing one thing and some another? I’m good at doing jigsaws, you’re good at doing something else. I don’t see why we can’t all be happy in our own way.”

“Well, collecting stamps teaches you geography, so it’s some use. And making things with Meccano teaches you to be clever with your hands,” said Ronnie. “Doing jigsaws simply doesn’t teach you anything.”

“I’ll do them just for pleasure, then,” said Joan,

emptying out a box of coloured jigsaw pieces. “And you never know—you might be glad some day that I’m so clever at fitting jigsaws together!”

“We shan’t, Jigsaw Joan!” said George. “And remember this: when our birthday comes next week
don’t
give us jigsaws. We don’t like them.”

“I’m not going to,” said Joan. “I’ve got your presents already!”

George’s birthday and Ronnie’s came very near together—only two days between—so they always shared it and made one big day of it between them. Joan didn’t give them jigsaws, of course. She gave George a new stamp-album and Ronnie a book showing him all kinds of different things he could build.

• They were both very pleased. “We’ve been lucky,” they said. “We’ve had ships, trains, books—and a ten-shilling note between us!”

“Put the note in your money-box,” said their mother. But they forgot and left it on the window-sill. The wind came and blew it away. It blew it inside the room and over to the toy cupboard. It blew it right inside at the very, very back.

So, of course, when the two boys looked for it, it was gone. They couldn’t find it anywhere. They didn’t think of looking at the back of the toy cupboard. They were very sad, but it couldn’t be helped. The ten-shilling note was gone. 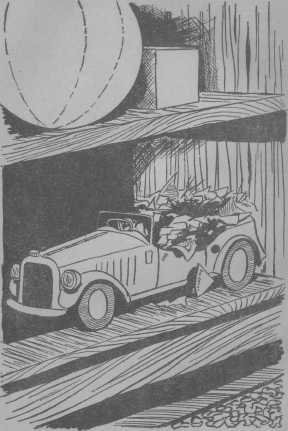 Now a little mouse ran in and out of the toy cupboard each night. It came the night the paper money had blown to the back of the toy cupboard. It was very pleased to find it there, because it meant to make a paper nest. This paper would do nicely! It could bite it up into little pieces and make a cosy little nest in the little toy motor-car.

So it chewed up the note into about seventy pieces and made a nest of it. But before any babies came into the nest the children’s mother turned out the toy cupboard—and she found the mouse’s nest in the toy motor-car. She called to the children:

“Joan! George! Ronnie! Do come and see. A little mouse has made a nest in your toy motor-car.”

They came to look. George gave a cry! “Mother! Look what the nest is made of—our ten-shilling note all bitten into tiny pieces!”

Joan emptied the tiny bits carefully on to a little tray. She looked at them.

“It’s rather like a little paper jigsaw,” she said. “If only I could fit all the little bits together properly, and put some sticky paper behind, the ten-shilling note would be whole again and you might be allowed to spend it!”

“Oh, Joan—
could
you do it?” cried George and Ronnie. “Begin now, quickly.”

So Joan’s deft fingers sorted out the tiny paper bits. She borrowed a new ten shilling-note from mother to see how it looked, and then she began to do a peculiar jigsaw! A bit here and a bit there. That bit fits there surely, and that one should go there. Here’s a straight bit, and here’s another! 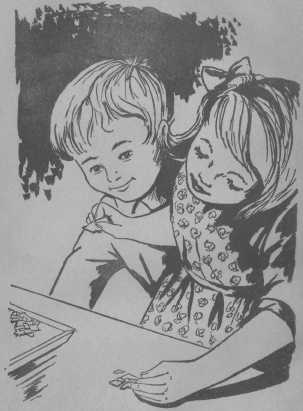 “It’s coming, it’s coming!” cried George. And so it was. It took Joan nearly the whole day to fit the many little bits together and to stick them carefully at the back so that the note showed up whole.

“You’re very patient and deft, and very clever, Jigsaw Joan!” said mother admiringly. “But I don’t think anyone would take the note. We’d better go and ask the man at the bank what he thinks.”

Well, the man at the bank was very surprised to see such a peculiar note—but he said yes, it was quite all right, he would give each of the boys five shillings for it! What do you think of that?

“We’ll never tease you again, Joan, never,” said George. “You’re the cleverest sister in the world. Come and spend our money with us.”

They spent it all—and two shillings and sixpence of it was spent on … well, I’ll give you a guess! Yes, you’re right—it was spent on a new jigsaw for Joan. She’s going to do it tonight, and you may be sure she will get every single piece into its right place before she goes to bed. Clever Jigsaw Joan!

Michael was very proud of his new leather belt. It had little brass studs on it half-way round and a rather grand buckle.

“See my belt?” he said to the other boys. “My uncle gave me that. He brought it back from Canada with him. I guess this is the kind of belt that cowboys wear on a ranch over there.”

The other boys thought it was fine. They fingered it and patted the brass studs. “Wish I had one like that,” said William, the head of the class. Michael was very proud to hear him say that.

Michael was very careful of his new belt. He didn’t wear it every day. He kept it for Sundays, or for the days he went to see his granny or his aunts. Then he would buckle the new belt round his shorts, with the brass studs and buckle shining brightly, and set off proudly.

One day he went to see his granny. He stayed to dinner with her and then set off to walk home. He had on his new belt, of course, and granny had admired it for the twentieth time.

“I suppose you wouldn’t lend it to me to wear when I go to London next week,” she said solemnly.

Michael laughed. “Oh, Granny—you wouldn’t want to wear a belt like mine, you know you wouldn’t—but I would lend it to you if you really wanted it. I wouldn’t lend it to any boy or girl, though! It’s much too precious!”

He went off home with two little ginger cakes granny had baked for his tea. And on the way home he heard someone shouting so loudly that he stopped in surprise. Who was shouting? Michael was in the fields and he couldn’t see anyone about at all. The shouting went on and on. “Help! Help me! Can’t you see me? I’m up here.
Up here!
Up the tree!”

Then Michael looked up, and there, a good way up a tall tree on the other side of the hedge, he saw a boy. The tree was bare, and Michael could see him easily. He stared in surprise.

“Why? What’s the matter? Can’t you climb down?” yelled back Michael, going nearer to the tree.

“No. I’ve got stuck somehow. And now I’m frightened,” said the boy, sounding almost as if he were going to cry.

“Why did you climb so high?” called Michael.

“There’s a bull in this field and he ran at me,” shouted back the boy. “I just had time to shin up this tree, and I can tell you I climbed faster than I’ve ever climbed in my life! Now I’m stuck—and I’m awfully afraid of falling. I feel giddy.”

“I’ll come up and help you down,” said Michael. 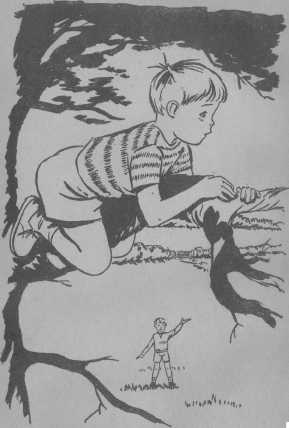 Chronicles of a Lincoln Park Fashionista by Aven Ellis
The Touch of Death by John Creasey
Tribulation Force: The Continuing Drama Of Those Left Behind by Lahaye, Tim, Jenkins, Jerry B.
Dancer by Clark, Emma
Covert One 4 - The Altman Code by Ludlum, Robert
KS13.5 - Wreck Rights by Dana Stabenow
For Love & Bourbon by Katie Jennings
Jack James and the Call of the Tanakee by J. Joseph Wright
Her Contract (Romance) by Lara West
Bound to the Fallen (Prophecy #2) by Stevie J. Cole