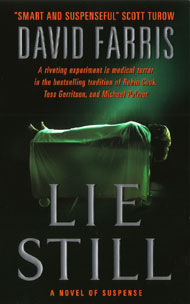 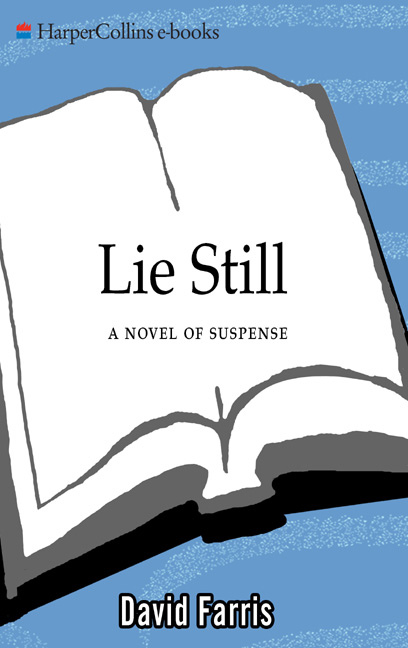 MY ROCK, MY OXYGEN

All she said was, “Doctor, he’s turning blue.” She spoke…

That was almost seven years ago.

THE BOOK OF MIMI

My having crawled into Glory, Arizona, where I met Henry…

Here on the plains my work hours come to

Since Henry, since escaping Arizona with my hide and little…

From here in Nebraska, way beyond being too late, it’s…

Walter Bryant’s warning about his bleak future as a surgeon…

There are rules, maxims, and Lessons for Life to be…

On my first Friday night, years ago, in the Quiet…

Hundreds of weekends ago Adrienne sent me to one of…

THE CASE OF HENRY ROJELIO

Henry Rojelio, my asthmatic unfortunate from Glory, on the morning…

Here in Hooker, besides watching

thunderstorms while I’m on call…

Agriculture for the Republican Valley,…

Four weeks ago I did an odd thing: a nine…

Three weeks ago in Othello I met Fred Sommers.

After a few years of ER work here on the…

Dad had a spill a couple of weeks ago.

From the time I could walk, I got to tag…

Figuring I’d try to clear my head with a workout…

I did not go back to sleep in the lecture,…

The only possible conclusion was easily reached, but, like a...

My descent to Phoenix was semiconscious; staring; blinking at the…

All she said was, “Doctor, he’s turning blue.” She spoke the words softly, quickly into my ear. I turned to look, expecting a grin. All I got, though, was backside, hurrying away to the exam bay, like a game of tag.

I’ve relived it a million times. It wasn’t a game, it was a play. A stage whisper blurted by a vanishing actress. She knew her audience. She told me the patient was cyanotic—

cyan-colored, like ice—but the delivery had its own message:
I may be new here, but I’m not panicked. I’ve done this
before; I’ll do it again.
On TV she would have stood up straight and tall in the center of the ER and ceremonially announced just short of a shout, “Doctor! The patient is
acro-cyanotic
. Come
stat!
” Writers love the word
stat
. Clinicians only use it when they’re pissed off.
Stat
is Latin for “hurry the fuck up.”

Anyway, that’s how it started.
Henry, Day One.

She got exactly the response she wanted. On cue, I thought,
Bullshit
. I probably snorted. Robin Benoit was a nurse. I knew well the common doctorly chauvinisms about nurses as diagnosticians.

In all the retelling, the reliving of the opening—for the 2

other doctors, the family, my closest friends, my parents, the police, the lawyers, and over and over for myself—I have always admitted that I hesitated, though only for a few seconds.

Don’t misunderstand me. I would never let a patient lie there starving for oxygen for even a millisecond, no matter whose ego is on the line. But I did not believe thirteen-year-old Henry Rojelio really could have been blue. Not ten minutes earlier he and I had been talking about baseball and his crooked penis. He was not that physically sick.

Nor did my hesitation make one whit of difference. The record will support that. Five seconds was not long enough to have mattered. But the issue has never laid down and died.

Professional machismo looks lousy in the hindsight of self-recrimination.

I was on the phone. I ended the call, abruptly, then sat there with a vacuum-tube stare long enough to show that I wasn’t impressed and certainly wasn’t panicked either. This from the rules I’d learned early on: Never run. For punctua-tion I took a last gulp from my can of Squirt and made a point of finding my stethoscope. “Where’s my fucking stethoscope?” I remember saying out loud. I was annoyed.

Whether the patient’s cyanosis is real or imaginary, it’s a pain in the ass for all concerned. I patted all my pockets, then found it looped over my shoulders. All this may have added five seconds to the downtime. That could not have been critical. I sauntered after Robin. I didn’t—I wouldn’t—

Though new to me, Henry had been a regular in the Glory ER. His chart—which I had dutifully read over—was into its fourth volume. At his worst he was only a moderately bad asthmatic. When I listened to his chest on admission he was not all that tight, and he was getting overaggressive treatment as it was. True “blue” was not possible.

I pushed open the door, smiling, stupidly optimistic that a doctorly presence would right the misdiagnosis and end the scurrilous rumors. It had worked before.

He was, however, lying oddly flat and straight, uncon-LIE STILL

scious and limp, and by-God blue all right. And starting to turn a mottled gray, which is worse than blue, because it’s what comes next.

I thought to turn around, not to run away, but to find the Resident-Who-Knew-What-to-Do. For almost all of my time tending patients, there had been somebody at least one year further along in training standing behind me, sheltering both the patient and me. Certainly I’d signed on in little Glory to be The Doctor, but I had hoped to avoid conflagra-tion at least until the locals had come to trust me. I knew I was a good doctor despite anything they might have heard.

I was, I confess, paralyzed. Though not as long as they tried to imply. A second can seem so long. Panic, however ephemeral, looks bad. All my brain parts were going off at once, chattering and bickering. “Hurry, think, hurry, think, hurry, think.” Robin, bless her heart, spoke, coaching me. “Is he breathing?”

I put the back of my hand an inch under the boy’s nose, hoping for a tiny current or hint of warmth. Nothing was moving. Of course he wasn’t breathing; that’s why he was so goddamn blue. He was, though, a known malingerer. It said so in his chart. Maybe he was holding his breath. I’d heard mothers swear their children would hold their breath long enough to turn blue, but I’d never seen it. I didn’t really believe it possible, but at that moment I was willing to believe in the Tooth Fairy if she could help. I dug a knuckle into his sternum, hard, and twisted it. It’s one of the accepted bits of medical sadism we use to weed out fakers and wake up drunks. Henry, however, lay still.

He was dying or maybe already dead. He needed me to breathe for him. I looked for the bag. Every ER room in the world is supposed to have a breathing bag and mask in plain sight, ready to go, no glass to break in case of emergency.

It’s usually hanging on the wall by the oxygen outlet. In Henry’s room there was only a stripe of yellowed adhesive 4

tape, loose at one end, no bag. The breathing bag had not been replaced from the last disaster, which, in this backwater, may have been years earlier.

I imagine there are times in every profession when you feel as though you are the last fledgling hawk or hawklet high up the rock wall in a canyon and it’s time to see if your upper extremities are functional or merely decorative. You sit on your ledge and look down and all around for as long as you can. Then you jump.

Just as I’d done on vinyl dummies, only faintly fearful I’d ever have to do it on flesh and mucus, I tilted his head back, pinched his nostrils, sealed my mouth over his, and blew in.

I think his chest rose like it was supposed to, but it wasn’t as if I knew what a good chest rise looked like. This was my first time. I muttered an inanity, “Holy shit,” then the obvious: “Get the crash cart.”

I gave Henry another breath. I did indeed know what to do.

Henry’s chest rose, I was sure, but only a little, then fell.

A gurgling sound came from his lips. I stuck my thumb into his mouth, under the tongue. I wrapped my other four fingers over the chin, closing a circle around the jaw, and pulled up. I held it there with my other hand and tried a third breath. It moved a bit more air.

The next step seems odd. It’s peaceful. You check for a pulse. You lay two fingers on the throat, just to the side of the trachea, and try to dig them gently under the muscles and feel the carotid artery. Even with only a very weak pulse, say a blood pressure of 40, they say you can feel it there. It’s peaceful because you stand perfectly still. You can’t have anybody jerking the patient’s clothes off, sticking in IVs, or doing CPR. In fact, you really want it quiet. You get a glazed-over stare. Your eyes aren’t focusing on anything. All your focus is in your fingertips.

Until you’ve done it, you think it’s an easy call. That’s what they blithely teach in CPR: “Check for pulse.” Either there’s a pulse or there isn’t. But in a real live or maybe dead person, when there isn’t, you keep thinking it’s your fault.

You’re missing it. “It’s weak but it’s there.” “Try a little farther over that way; no, back the other way.” “Surely there’s a pulse.” “There ought to be a pulse there.”

Robin was rummaging in the crash cart. She was hurrying to uncoil a length of green plastic oxygen tubing. She jerked on it violently to straighten a tangle, then slammed the cart drawer shut. I said, “Could you be quiet for just a second?”

Immediately she was as still as the other two of us, staring at me. Her I’m-not-panicked bit was gone: She looked terrified.

As much as I wanted there to be a pulse in that boy’s neck, I couldn’t find it.

I had already waited too long in Fantasyland. That’s always how it is. Time slips by as you try to find a way around admitting that the heart really isn’t beating and by God you need to do chest compressions, and by God, now that you think of it, you should have been doing them for some time now. You don’t want to admit, on the hospital overhead speakers, The Reaper is winning. But you have no choice: I called a code.