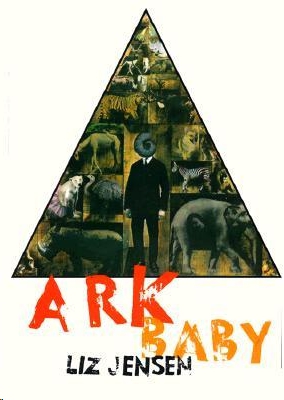 Also by The Same Author

Chapter 1: 2005: In Which A Rogue Male Escapes From The Herd

Chapter 2: In Which A Mistaken Piglet Hovers Near Death

Chapter 4: 2005: In Which The Rogue Male Effects Metamorphosis

Chapter 5: Father Of The Man

Chapter 7: In Which The Rogue Male Attempts Integration In The Stone Dcrow

Chapter 8: In Which Disease Strikes

Chapter 10: In Which The Rogue Male Searches For A Mate

Chapter 12: The Empress Takes Her Leave

Chapter 14: The Origin Of Species

Chapter 17: A Coming Of Age

Chapter 25: On The Threshold Of The Future

Chapter 27: In Which Tobias Phelps Attempts A Confession

Chapter 28: The Celebration Of Evolution Banquet

All rights reserved You may not copy, distribute, transmit, reproduce or otherwise make available this publication (or any part of it) in any form, or by any means (including without limitation electronic, digital, optical, mechanical, photocopying, printing, recording or otherwise), without the prior written permission of the publisher. Any person who does any unauthorised act in relation to this publication may be liable to criminal prosecution and civil claims for damages

Visit
www.bloomsbury.com
to find out more about our authors and their books

You will find extracts, author interviews, author events and you can sign up for newsletters to be the first to hear about our latest releases and special offers

Natural selection is daily and hourly scrutinising, throughout the world, every variation, even the slightest; rejecting that which is bad, preserving and adding up all that is good … we see nothing of these slow changes in progress, until the hand of time has marked the long lapse of ages, and then so imperfect is our view into long lost geological ages, that we only see that forms of life are now different from what they once were.

Forgive, O Lord, my little jokes on Thee,
And I’ll forgive Thy great big one on me.

In the beginning, the ocean. Huge. Ink-dark beneath a black sky. The sunlight chinking through: bright, dangerous. Beneath the bunching clouds, rain slashes the waves, walls of glass that crash in brutal shards against the
Ark’s
hull. The vessel is a speck on the face of the deep. A toy of wood and string.

Inside his padded leather cabin in the
Ark
, the Human awakes lurching in the gathering storm. Flings out an arm, grasps the hip-flask, glugs at blood-red claret. Then splutters and curses. His language: the Queen’s English.

Something’s wrong below deck. The Human can sense it. Listen: from deep in the sarcophagus of the
Ark
, come screeches, yowls, grunts; whistles, growls, barks; snarls, baying, primal hoots. The Human fumbles in his breast pocket and peers at his greasy fob-watch. It’s four o’clock. This racket is the usual feral cacophony of feeding time – but the beasts have already devoured their hay and slop. And Higgins, Steed and Bowker administered them their phials of laudanum an hour ago. The creatures should be comatose, drugged into quiet. They’ve slept through storms before.

Yes: something is awry.

Sniffing the air, the Human begins to sense the creatures’ panic. He can smell their fear, too. And then, suddenly, his own, prickling from his armpits into his ruffed shirt.

He mutters a word to himself. The word is ‘mutiny’. As if
he has been waiting for this moment. As if he has known it would come.

A sudden wave jolts the ship, and the Human’s hip-flask falls to the floor with a tinny clang, bounces and skids under the bunk.

The Human jangles the alarm bell for Higgins and the crew. The men know the drill. As the clomp of running feet fills the gangways, the Human notices how the animals’ smell has changed. Mingling with the odour of his own sudden fear, it permeates the whole vessel, insinuating its way through cracks in the wood and snaking into his nostrils. It is sweet and violent. Urgent and metallic. Fresh blood.

The noises from below grow louder and more ominous. Baying, growling, yapping, squawking. And the shrill scream of a woman.

The Human pulls on his thigh-high boots. Reaches for a metal-and-glass syringe. Charges it carefully with praxin. Screws on a sturdy needle. Sways to his feet. And descends with a clatter to the hull.

As insurrection explodes below deck, outside, the storm breaks with a murderous thud.

A month later, when the Travelling Fair of Danger and Delight was encamped in Riverside Fields, the Frozen Woman arrived at the Greenwich Workhouse with her cloak turned to ice, a rigid tent. Beneath it, the skirt of her ballerina’s tutu stuck out horizontally from her hips. It was 5 December 1844 and the air was so cold that ravens were dropping dead from the trees like wasted fruit, thwopping into the snowdrifts in tiny, efficient acts of self-burial. She was a little stick of a woman, an icicle herself.

‘Where have you come from?’ asked Sister Benedicta, aghast.

‘The ocean. I swam. Then got caught in a fishing net. The others drowned,’ she croaked.

That was all she could say. Her tutu had to be cracked off her. The nuns plonked her naked in a metal tub of lukewarm
water, averting their eyes. But Sister Benedicta could not help taking a peek.

‘Call the midwife, somebody,’ she gasped, as the peek became a wide-eyed stare. ‘She’s in the advanced stages of a delicate condition!’

‘She opened and closed like a pair of nutcrackers,’ the midwife reported afterwards. ‘It just wasn’t natural,’ she added, expressing her astonishment at the Frozen Woman’s pelvic control – due in part to her double-jointedness – and the unusual ease of the birth. She’d just squatted down and out he came. As if to echo her anxiety, a sickly wail and a stream of vomit emerged from the baby’s mouth.

Word soon spread through the Workhouse that the Frozen Woman’s offspring was the child of the Devil. Inspecting the newborn infant, and consulting his Bible, the Principal, a man of girth and gravitas, made the same assessment. Ponderously informing the new mother that he ran a Christian establishment, he then had two man-servants throw her out into the winter night. What the Frozen Woman called over her shoulder to the Principal as she left came as further proof, they all agreed, of her Satanic connections.

‘See you in Hell, you fat bastard!’ she yelled, as she picked her way through the snow towards the twinkling lights of the Travelling Fair of Danger and Delight, the swaddled baby stuffed under her arm askew like a parcel. She was wearing only the torn remains of her tutu, and a pair of thin ballet shoes on her small feet.

The next day the Travelling Fair of Danger and Delight decamped and headed north.

The Frozen Woman was not seen in Greenwich again.

CHAPTER 1
2005: IN WHICH A ROGUE MALE ESCAPES FROM THE HERD

Boundless hope, and the bright motorway up ahead. I slipped in a CD and flooded the car with Elvis: ‘Blue Suede Shoes’. I sang along. A few pints inside me, and I’ll do you a good impression of the King.

He died the day I was born. 16 August 1977. Like a phoenix, he was just waiting for me to come along, I reckon. Knowing he could hand over. But unfortunately I’m not much of a singer, which is why I’m a vet.

Snakes shed their skin at least once a year. You find their faded, papery husks caught on bracken, gorse, or heather long after the creature inside has slipped away. I’d sloughed off my old Vauxhall at the Motormart and emerged in a sleek little Audi Nuance. A bit of whoosh, a bit of poke. That’s me sorted.

On the map, Thunder Spit just looked like a scramble of broken veins two centimetres above Hunchburgh, but driving out of London I was already building up a clear mental image of my destination, based on nostalgic memories of camping holidays on the seashore in the 1980s: glorious summers of
seagulls pecking at ice-cream cones, we boys ritually burying Dad in sand and fag-ends while Mum sat cooped in the tent, drinking thermosed vodka and listening to the Weather; the smell of chicken nuggets, sun-cream, popcorn, piss. Who said there was no such thing as society?

How was I to know, as the North Circular receded in my driving mirror, and the Ml hove into view, that my future was about to be hijacked by someone else’s past?

And how could anyone have predicted, as I slid back the sun-roof and inhaled the smell of freedom, that the Victorian legacy unearthed in the attic of the Old Parsonage would change the course of human evolution?

No. Switch off Elvis.
Begin at the beginning, go on until you come to the end, and then stop.

The beginning wasn’t actually the day I revved up the car, but the previous month, when Giselle, the catalyst for my upheaval, arrived in my surgery for her appointment with death. What’s that saying, ‘Never work with animals or children’? I did both.

It was only October, but the sun was sinking earlier every day over Tooting Bec, and Christmas had already muzaked its way into the shops. Giselle was one of my afternoon clients; a moody-looking, low-slung macaque monkey. She was wearing a pink dress, with the obligatory nappy beneath, and was clasping the hand of a bloke in a cable-knit sweater. It’s something of a commonplace in the veterinary profession that the owners
resemble the pets and vice versa, so Mr Mann’s appearance was a surprise. That he was male, for starters; since the Fertility Crisis, primate owners were 92 per cent female, according to
Pets Today
, to which my surgery was a reluctant subscriber. Plus there was nothing low-slung about him at all; on the contrary, he was quite high-stepping and angular. More of a dog type, I’d have said: red setter, bordering on the whippet. He probably owned one once upon a time, back in the old days.

The monkey was sucking her thumb.

In the last couple of years, since the National Egg Bank closed its waiting list to women over thirty, I’d been seeing ten or twelve macaques a week. Plus chimps, spider monkeys, orang-utans, even the occasional gibbon or baboon; the usual specimens that doting pseudo-mums brought in, freshly shampooed, complaining of bowel blockage and needing a psychiatrist. The real fanatics would shave them, and openly breast-feed in the waiting-room. It made my flesh crawl.

Sure enough, it quickly emerged that Giselle wasn’t Mr Mann’s at all, but belonged to his wife, who was away on a business trip. When I inspected the monkey, I remembered the wife clearly: brawny but petite, fanatical-looking, clumpy heels. That figured.

‘No need to examine her,’ Mr Mann announced bluntly, lifting the macaque on to my op table. ‘I want her put down.’

Giselle’s hairy legs, poking out absurdly from her pink dress, dangled over the side, and she swung her feet experimentally. She was wearing ankle socks and a pair of the expensive elasticated trainers that were all the rage in primate fashion.

‘Humanely,’ Mr Mann added, as though it were an afterthought. As though there might be a messy, non-humane option, involving torture, and available for a lower fee.

Longarm and the Wyoming Woman by Tabor Evans
Break and Enter by Etienne
So Not a Hero by S.J. Delos
The Two Towers by Jamie A. Waters
A Gentleman's Honor by Stephanie Laurens
Warrigal's Way by Warrigal Anderson
The King Must Die by Mary Renault
Zan-Gah and the Beautiful Country by Allan Richard Shickman
Copia este libro by David Bravo
Winchester Undead (Book 2): Winchester: Prey by Lund, Dave