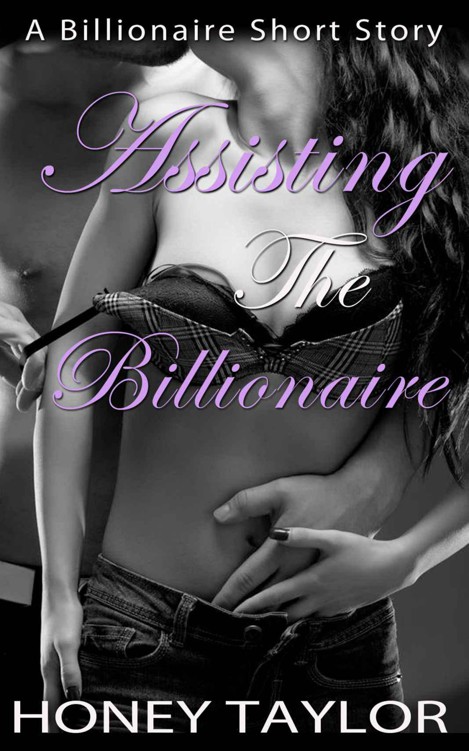 WARNING:
This story contains hot sex scenes and graphic language. For
ADULTS, 18+ only
.

His Beck and Call Girl Book 1

His Beck and Call Girl Book 2

His Beck and Call Girl Book 3

His Beck and Call Girl Book 4

Deborah couldn’t hold the back the quickening of her heartbeat. The sensation brought a flush of heat to her body and she felt the immediate prickling of sweat on her forehead. She tried to concentrate on the words on the computer screen in front of her, but found it difficult to do so, her attention suddenly focused on trying to keep her ragged breathing from being too obvious. It had been the same for the past week, ever since her temporary placement with billionaire Drew Sanford started. Every time he came near she felt the effect of his presence and try as she might to control herself, it was proving more and more difficult to do so. It was the last day of her placement and as the billionaire stood behind her seat and placed a hand on her shoulder she felt it burn into her skin. Deborah knew she would be unable to resist and wondered just what the hand on her shoulder was the start of.

When her full-time boss, Henry Cray, had called her through to his office the previous Friday evening, Deborah thought it would be their usual meeting about his plans for the following week. As his personal assistant she needed to keep on top of his movements and requirements. She’d been doing the job for two years now and without being arrogant knew she was good at it. Her boss was also fully aware of just how efficient she was and while the discussion did center on his plans, it wasn’t quite in the way that Deborah expected.

“I’ll be away all next week,” Mr. Cray started.

“Is that for work or pleasure?” Deborah asked.

“Pleasure for a change,” he went on with a smile. “My wife surprised me with a golfing vacation for my upcoming birthday. I’ve nothing so pressing that it can’t wait a week so plan to relax with my gorgeous wife and play some golf.”

“That was nice of her,” Deborah said. “Is she taking you anywhere nice?”

“Golfing school in Florida,” Mr. Cray replied. “Run by an ex-professional supposedly so maybe my game will see a little improvement by the end of the week.”

She knew that golf was the passion of her boss and his wife so wasn’t surprised to hear that they would be enjoying a vacation at a golfing school. “I’m sure you will have a great time,” she said with a smile. “Is there anything you need me to attend to while you are away?”

“That’s why I called you in,” he answered. “I was wondering if you could do me a big favor.”

“You know of Drew Sanford, don’t you?” Mr. Cray asked.

“Sure, he’s the head of Sanford Inc.” Deborah replied. “You meet him quite often.”

“Yup that’s the man,” Mr. Cray went on. “He’s worth a fortune and so is his company. He’s given me bits and pieces of work over the last year or so, but it would be good to secure a big contract with him.”

“Well…, he phoned me this afternoon,” her boss answered. “His personal assistant has been called away because her mother took ill. He reckons she will be away for at least a week, maybe more.” Deborah wasn’t sure quite where things were going, but nodded as Mr. Cray continued to speak. “He’s looking for someone reliable to fill in while she is away.”

“He doesn’t have anyone available that can step into her shoes for a week?” she asked.

Mr. Cray shook his head. “He say’s not. The other girls in his office are all fairly new to the job and he doesn’t have anyone that has the experience and competence of say…, you.”

“Oh,” Deborah replied, suddenly realizing what the favor was. “You want me to go and help out while his assistant is away.”

“Well, with me being on vacation next week, it ties in quite nicely,” he went on. “You would be doing me a big favor if you could. If I help him, then maybe he will look a little more favorably on me the next time he has a contract in the offing. You know how business works, you scratch my back, I scratch yours.”

“Sure, I know” said Deborah. The thought that she might be in for an easy week of work with her boss away on vacation suddenly disappeared.

“I guess,” she replied. “What are the details?”

“If you give me a few minutes, I’ll phone and let him know that you will come,” went on Mr. Cray, “and find out what you need to know.”

“OK,” said Deborah. She stood and left the office as her boss picked up the phone. Ten minutes later she got the call to return and was given the details of where to go on Monday morning.

“Thanks,” Mr. Cray said as she got up to leave again. “From what I understand the work he wants is much as you do for me so it shouldn’t be a problem for you. I really do appreciate you helping.”

“No problem,” she replied with a smile. “Enjoy the golf and don’t think about work too much.” Her boss returned the smile as Deborah turned and walked out his office. Thirty minutes later she was one her way home and she sat on the bus wondering what she’d let herself in for. She was sure she could do the work so wasn’t worried about that, but settling in with a new boss wasn’t always easy and she felt a little nervous about it. She’d sat in on a few meetings taking notes when Drew Sanford was present and knew he was a formidable character. She’d never really been introduced, but from what she had seen knew that he liked to take control and she wondered exactly how she would get on with him. She reasoned it was only for a week though and eventually put the matter to the back of her mind to enjoy a relaxing weekend.

Monday morning came around all too quickly though and after her shower, Deborah looked in her wardrobe for some suitable attire. She finally decided on a light grey, knee-length dress and slipping it over her head let it fall into place. She looked in the mirror and brushed her short blonde hair into place then applied a little light blusher and lip gloss. Finally satisfied with the look, she stepped into a pair of low-heeled black shoes and left her home. Deborah sat on the bus thinking about what was in store, but worked to keep her mind calm as her nerves began to grow. Getting off at the correct stop, she walked to Sanford Tower and stopped in front to look at the impressive building. She finally moved inside and joined the throng of people standing around the elevators. The ride was crowded to start with, but by the time she reached the top floor Deborah was standing alone. She took a few deep breaths as she heard the ping of the elevator and when the doors opened strode out into the reception area. Moving over to the large desk on her left, she introduced herself and explained that she was there to see Mr. Sanford. The woman behind the desk pointed to some seats and picked up the phone to announce her arrival. It was around five minutes before Mr. Sanford himself finally came out to greet her.

“Deborah,” he said in a friendly tone and held out his hand. “I’m so pleased you could come and help out.” She looked up at the face of the billionaire and smiled. Having seen him before she was aware of just how handsome he was, but having his smile focused on her was something new and she couldn’t stop the subtle quickening of her pulse. She stood and reached out to billionaire, her heartbeat running faster still as he shook her hand.

“I’m glad to be of assistance,” she replied, again working to keep her calm, but finding it a little nerve wracking being so close to Drew Sanford. He held her gaze and hand a little longer than was strictly necessary for the first real meeting of two people, but eventually let go and moved back.

“It’s this way,” he said, putting his hand onto Deborah’s lower back and guiding her in the direction of his office. The hand remained on her all the way to the office and Deborah couldn’t help but be acutely aware of the touch. It sat just above her butt and she tried to hold back the slight shiver that threatened to run up her spine, worried that the billionaire would feel it. When they stepped into the office, Mr. Sanford pulled his hand away and turned to close the door. “Just take a seat,” he said when he turned back, pointing in the direction of a chair at a large desk.

Deborah moved across the office with the billionaire following behind and the thought that he was checking out her figure popped into her mind. Jeez, she suddenly thought get a grip and tried to clear her mind. As she sat down though, Deborah was aware of the hem of her skirt sliding up to reveal a little more thigh than she intended and she raised her butt to pull her dress down. She sensed Mr. Sanford standing close, but he moved around the desk before she got the chance to look up and see if his gaze was taking in her legs. He sat and looked across the desk.

“OK,” he started. “Well your boss was highly appreciative of your skills and attributes, so I don’t suspect you’ll have any problems serving my needs.” He pushed a piece of paper across the desk and Deborah looked down to see a username and password. “That’s the login details of my full-time personal assistant’s PC and most of what you need you’ll find on there.” The next item that came across the desk was a diary. “That’s my schedule for this week,” Mr. Sanford went on. “I just need you to keep on top of it and make sure I know where I need to be and when I need to be there. Fortunately there are not too many engagements away from the office this week so I should be around most of the time.”

“OK, that seems straight forward,” Deborah replied. “How do you travel when you leave the office?”

“I have a chauffeur driven car,” he replied. “The number of the driver is on the PC. Just make sure he is here and ready when I need him.”

“Sure,” Deborah went on. “Will I be doing your typing or will that be handled by someone else?”

“I prefer my personal assistant to do it,” Mr. Sanford answered. “A lot of the information is commercially sensitive so I want it done by someone I trust and can rely on.”

“OK,” she replied. “So where do I work?” The billionaire stood and pointed to a door in the corner of his office. Deborah got up and followed him as he moved over and opened the door. She looked inside to see a compact room, large enough to accommodate a desk, PC and a few filing cabinets.

“Just keep the door open when you are working,” Mr. Sanford went on. “Mostly I’ll just bring the work to you when it is ready for typing although I’ll call you through if I need anything. Just come through if you have any questions.”