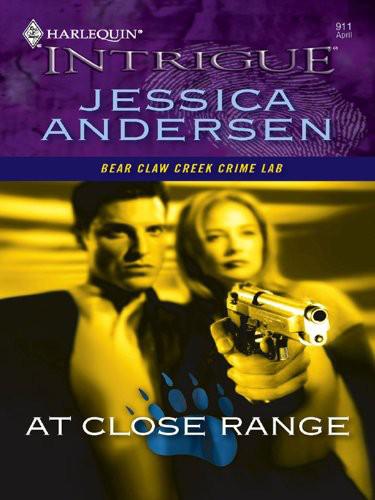 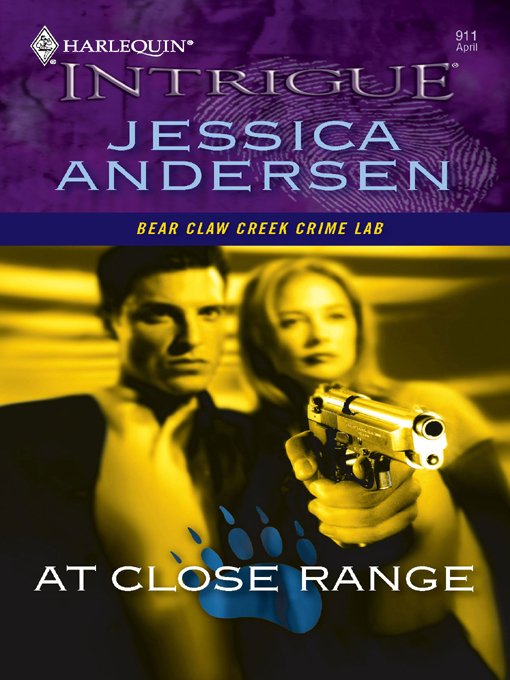 Cassie Dumont —
The Bear Claw Crime Lab’s prickly evidence specialist must defend her territory from a FBI interloper while she struggles to identify a killer. When the murderer targets Cassie, will her greatest nemesis prove to be her strongest ally?

Seth Varitek
—Hampered by memories of his wife’s death and his blazing attraction for Cassie, the federal evidence analyst must use all his skills to identify the murderer before it’s too late.

Alissa Wyatt
—The crime scene analyst is one of Cassie’s closest friends, but her support may not be enough this time.

Maya Cooper
—The third member of the crime lab hasn’t been acting like herself lately.

Bradford Croft
—The kidnapper was killed months ago, yet the cases seem to be connected. Was the murderer his partner, or is there something else going on?

Nevada Barnes
—Is his connection to the first crime scene enough to make him a suspect?

Denver Lyttle
—Dishonorably discharged from the military, this explosives expert could be responsible for the bombs used during the kidnapping case and the current murders.

Chief Parry
—Bear Claw’s chief of police fears that friction between his officers and the women of the new crime lab will distract the task force.

The hunter stalked his prey in the darkest part of the night, while the city of Bear Claw slept unsuspecting.

He cruised the streets and was soothed by the hiss of tires on salty wet pavement.

He passed the shopping areas, the ski runs and the museum district. He saw that the Natural History Museum was festooned with banners announcing the upcoming grand opening of the new Anasazi exhibit, which would feature artifacts from the pueblo-dwelling Native Americans who had lived in the area long ago.

Then he turned toward one of the residential suburbs and passed a convenience store, and a darkened gas station that claimed to be open 24/7.

Moments later, trusting that the wet road had no memory of his tracks, the hunter pulled up in front of the modest split-level rental where his prey had gone to ground.

She didn’t know it yet, but she was waiting for him. Had been since he’d first noticed her on the slopes, slim and sleek, handling her board like a pro, then pausing to shake out her long blond mane of hair. She was in her late teens, early twenties—

young enough to have Daddy foot the bills, old enough that she slept in a basement room with a separate door to the outside, so she could come and go as she pleased.

So he could come and go as he pleased.

It had been three months since he last hunted, since his idiot partner had gotten too caught up in playing games with the police, too caught up in his own press. With Bradford Croft dead at the hands of the cops, the hunter had bided his time, suppressed his urges. But the changing of the seasons had heated his blood. As the predators in Bear Claw Canyon began to emerge into the spring thaw, he had emerged from his other life to hunt.

He left the engine running and the doors unlocked, fearing no thief in this suburban neighborhood. The walkway to the basement door was shoveled and salted, and wet enough that he would leave no footprint—which was important, because Croft had fallen to a footprint. The hunter wouldn’t be so sloppy. He was mindful of the evidence left by his passing.

The doorknob turned easily beneath his fingertips, further evidence that she had been waiting for him. He opened the door and stepped into the carpeted room, which was steamy with too much heat. He caught a whiff of warm, female musk and his flesh hardened in response.

He craved the sexual thrill of the hunt.

There was no light from outside, and no light inside the room save for a crack of yellow brightness spilling from beneath an adjoining door. His dark vision was better than most, allowing him to detect the girl’s body beneath the rumpled covers of a twin-sized cot.

He strode toward the bed, blood riding high with anticipation.

Without warning, the sliver of light snapped off and he heard motion behind the now-darkened door. He froze. Sexual excitement chilled to betrayal. The smell of female musk took on a heavier, ruttish undertone and anticipation curdled in his gut, souring to anger.

The bitch had brought someone home.

He heard the door open, heard the jingle of an unbuckled belt, the stealthy scuff of footsteps on carpet while the girl in the bed breathed deeply, unaware.

The hunter considered staying still and silent while her “date” snuck out. Indeed, the voice in his head whispered, Stick to the plan. Make no mistakes.

But his car was outside, running. It would be a mistake to let the lover see it. So the hunter followed the sounds of stealthy escape and let his dark-adapted eyes measure the new prey. Just under six feet, the shadow moved with a young, male swagger and the cocky arrogance he associated with professional ski bums—not the true racers, but the instructors and support staff who tried to be more than they were.

The hunter weighed his options while he slipped out of the house and eased closer to his prey on silent, rubber-soled shoes.

The ski bum weaved slightly on his feet, drunk on alcohol or sex or both, and paused beside the running car. “What the—”

The hunter closed in quickly. He struck the younger man at the base of the neck—a hard, numbing blow. Instead of falling, his prey yelled and spun, then staggered to the side and went down on one knee when the pain caught up with his booze-soaked neurons.

The hunter dropped him with a short jab to the throat, then cursed, disappointed when the thrill drained too quickly.

Women were so much more fun.

Well, no matter. He’d take care of the ski bum and hunt again soon. Grinning at the thought, he manhandled his still-breathing prey into the backseat of the car.

“Don’t worry,” he told the unconscious young man, “we’ll find something interesting for you. Just because you’re practice doesn’t mean you’ll get shorted. Nothing says we can’t adjust the plan.”

The hunter chuckled to himself as he drove out of the quiet suburb and turned away from the city, toward the cold, lonely state parks and the empty spaces beyond. It was time to get back to work, time to let the changing seasons dictate the new phase of the plan. Soon, the Bear Claw cops would know they hadn’t seen the last of the predator that had stalked them in the dead of winter.

No. The hunt was just beginning.

When the phone rang, FBI evidence specialist Seth Varitek was sitting in his personal vehicle—a jade-green pickup truck with flare sides and a top-notch sports package—trying to figure out what the hell he was doing parked on the side of the highway.

This was his first weekend off in nearly a month. He should be at home, working on his long-delayed plans to turn the studio into a gym, or kicking back with a beer and a game or something. Instead, he’d found himself in the truck, headed south toward the ski areas with no intention of skiing.

Seth instantly recognized the caller’s gruff voice. Chief Parry ran the police department in Bear Claw Creek, a smallish city south of Denver, Colorado. The middle-aged man was as sturdy as a bulldog and twice as tenacious, and Seth had learned to respect him during the Canyon kidnapping case earlier in the year.

“What kind of a problem, Chief?” Even as he asked the question, Seth glanced overhead and appreciated the irony that he was parked beneath the “Welcome to Bear Claw” sign.

Damned if he knew what had drawn him back to the city two months after the kidnappings had been solved.

No, that wasn’t true. He knew exactly what had drawn him, or more precisely who. A quick image of a long-legged blonde snapped into his head. She was all sharp angles and prickly attitude, which was just as well. He wasn’t in the market for…well, for anything that was leggy, blond and irritating, that was for sure.

Which still didn’t explain what he was doing in her hometown.

“I’ve got a murder,” the chief answered. “I want your opinion on it before I reactivate the task force.”

The words wiped all other thoughts out of Seth’s brain and brought him upright in his seat.

When three teenage girls had been kidnapped earlier in the year, Chief Parry had set up a task force made up of his best officers, ranging from old-school homicide detectives to the three female techno-jockeys of the new Bear Claw Creek Forensics Department—BCCFD. Three weeks into the investigation, they’d asked the FBI for help and had gotten Seth’s coworker out of the Denver office, Lionel Trouper.

When a series of attacks made it clear that the perp had targeted one of the forensic investigators—reconstruction and scene expert Alissa Wyatt—Trouper had called Seth to be a second set of eyes on the gathering forensic evidence.

The Bear Claw Crime Lab’s in-house evidence specialist, Cassie Dumont, had taken it badly, but despite the friction—or maybe because of it—the task force had managed to find the girls, identify the kidnapper and close the case.

Or so they had thought.

“True,” the chief answered, “but remember how he talked about ‘the plan,’ and how he didn’t fit all of the evidence? We’ve kept an eye out, just in case there was a partner.” Parry’s voice dropped. “I’m afraid this might be proof positive. When can you get here? I’ve already cleared it with Trouper.”

Seth glanced at the sign overhead. “As chance would have it, I’m about five minutes from the station house. I was…” He shook his head. “Never mind. I’ll see you soon.”

WHEN SHE REACHED her crime scene, Cassie Dumont paused on the sidewalk and scanned the area, trying to get a feel for the neighborhood and the people.

The actual scene was inside a dingy apartment building, one of many built in the late seventies to handle the influx when the skiers discovered Bear Claw. The rear parking lot was peppered with older trucks and SUV’s, most boasting four-wheel drive, a requirement for spring in Colorado. Closer to the back entrance, a pair of BCCPD vehicles and a couple of uniformed officers blocked the growing crowd.

Knowing the crowd would only get worse, Cassie pushed her way through and nodded at the uniforms. “Dumont. Crime scene.”

The grim-faced men let her through, but they didn’t say anything, didn’t give her an update on the situation or a “hey, how’s it going?”

Their silence didn’t bother her. She told herself she was used to it as she entered the dingy building.

The Bear Claw P.D. had mourned the abrupt retirement of their former evidence wizard, Fitzroy O’Malley, and they’d made life hell for the three women hired to replace him—scene specialist Alissa Wyatt, psych specialist Maya Cooper and Cassie, who worked the lab and the evidence.

Over the six months the women had been in Bear Claw, the other cops had softened toward Alissa, partly because she’d made nice, and partly because she’d hooked up with Tucker McDermott, a renegade homicide detective who seemed to have gotten partway domesticated in the past few months. But if the Bear Claw cops liked Alissa and tolerated quiet, reserved Maya because she did her work and didn’t cause a stir, they had no such feelings of amnesty for Cassie.