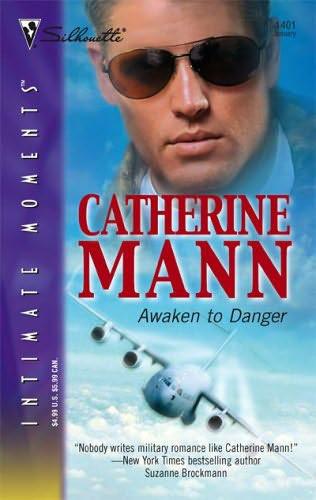 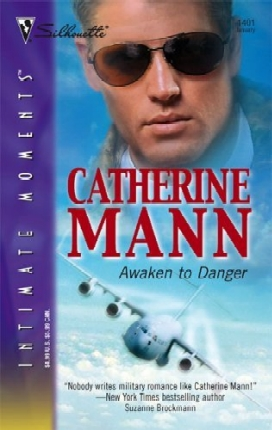 Where was she, and where the hell were her clothes?

Flat on her back in a strange bed, Nikki Price stared up at the ceiling fan moving slower than the spinning

pull dangling from the end.

"Ohmigod, ohmigod.
Oh. My. God."
What had she done last night?

She tried to look around but her eyeballs seemed stuck, all swollen and gritty in their sockets, her head

too heavy to lift off the fabric-softener-fresh pillow, sheets equally as soft against her bare skin. All over

"Not right," she whispered to herself, her quiet voice bouncing around the quieter room sporting a

hotel-generic decor. "Not right, not right."

Her
bedroom fan pull sported a miniature soccer ball with tiny flowers painted on the white patches, a

gift from her brother last Christmas. "Okay, I'm not totally losing it if I'm noticing silly details like

No one answered. Thank God.

Still, nothing was familiar in the dim bedroom, only a hint of early sunrise streaking through the blinds.

Voices swelled outside the walls. Her stomach clenched.

She inched her fingers under the covers across the mattress, farther, farther again. Empty. She searched

Panic stilled her more than even the nauseating ache stabbing through her skull. She hadn't drunk much

the night before. Had she? She scrolled through the evening, getting ready to go to Beachcombers Bar

and Grill for the live music—and a neutral place to break things off with Gary. But she couldn't recall

much of anything after asking for a second amaretto sour. She wasn't an angel, but she'd never expected

to wake up in a strange bed.

since Carson Hunt tromped her heart. Truly tromped. Not the sort of temporary hurt that came from

having a crush go south or getting dumped by a guy she'd just met. No. He'd deep down damaged her

soul so much that even thinking about him still made it difficult to breathe. The ache of betrayal by her first

Although these days she was more mad than hurt.

Could she have been mad enough last night to do something beyond reckless? Something totally stupid.

Apparently she had since here she was. She'd thought she was ready to break up with the latest loser

she'd been dating in hopes of filling that empty spot left by Carson. Finally she would move on with her

Okay, so she dated Air Force pilots—like Carson. From the base where Carson was stationed. And

most of them happened to be tall and blond like, well,
Carson.
It had only taken her seven months to

make the connection—hello?—but once she had, she'd resolved to set her life right again and end things

No wonder she'd frozen up when any of those dates so much as kissed her. She wasn't interested in

them.
Which made her feel even worse. No guy—even a loser—deserved to be used as a replacement

Her stomach rebelled. So why was she naked in a hotel room? Apparently she'd gotten over her kissing

She swallowed down fear along with a prayer that whoever she'd been with had used a condom. From

here on out,
she
would stop being such a loser. She risked a deeper breath, inhaling the scent of laundry

Breathe in...
cologne and an air of something else, an unfamiliar smell she couldn't quite identify, but her

body shivered in disgust all the same. Somebody was in the room with her. Still asleep? Or in the

Please, please, please at least let it be Gary, even if they'd never slept together before. He hadn't been at

the bar last night for those few minutes and couple of drinks she
could
remember, but he'd been the one

to set up the meeting by sending her an e-mail asking her for a date.

Bracing herself for the worst anyway, she arched her aching body, her head pounding as she rolled onto

her side under the cotton sheets. Fresh pain pounded as her cheek met the pillow, but she stifled the urge

to moan. The room appeared as empty as the bed. She gulped in gasping breaths, her heart now

hammering harder than her head, relief making her darn near dizzy. At least if he was in the bathroom,

she would have a second to collect herself.

Palms flattened to the mattress, she angled up, cool morning air prickling along her skin. Winters in South

Carolina were all the chillier for the humidity. Cold and damp, like the ancient tombs her junior high

students were currently studying in honors history class—and ohmigod, she was going to be late for

"Hello?" Her voice crackled up her parched throat. "Uhm, I would really appreciate it if you wrapped a

towel around yourself before coming out."

She didn't risk guessing a name.

Nikki waited, but still no sounds from the shower or anywhere else. She squinted to look through the dim

She would worry later about the rest when she swiped the fog from her head. She wasn't off scot-free

thanks to those unaccounted for hours, but she didn't have to confront the awful awkwardness—and

horror—of facing some guy she couldn't even remember picking up.

Hell, she would turn over a whole flipping tree. She was done feeling sorry for herself just because

Carson "Ultimate Loser" Hunt had drop-kicked her heart in one unforgettable night. She would take

control of her life and her emotions.

Pressing the heel of her hand to her melon-heavy head, she swung her feet to the floor.
Thud.
Her toes

struck something solid rather than carpet. She toppled forward, her heart double-timing to marathon

Arms flailing she grabbed for the end table, slammed to her knees, her teeth jarring together. Pain sliced

through her head. She squinted in the faint light....

And stared straight into the unblinking eyes of the dead man on the floor.

Major Carson "Scorch" Hunt was dead tired and he hadn't even eaten breakfast yet.

was back at his desk by dawn, hoping for a more peaceful day. No such luck.

Now thanks to a phone call from the security police, peace was on hold for far longer than the

sausage-and-egg croissant he'd picked up at a fast-food joint. On his way out the office door again, he

A lieutenant from his squadron was dead.

Damn it. His fisted hand snagged inside the sleeve. He punched it through.

He'd braced himself for the possibility of losing someone in battle, but not at home. Worse yet, the young

pilot was Carson's responsibility as second in charge, since the commander was deployed to the Middle

East with the other half of the squadron.

Shrugging the jacket over his shoulders, he bolted down the hall, through the glass door and out into the

Screw it. The VOQ—visiting officer's quarters—was only about a mile away. On foot would be faster,

in the VOQ with a woman.

Owens had an apartment downtown, but sometimes guys checked into one of the rooms for the night if

night.
With a woman.

Boots pounding pavement, Carson tried to block thoughts of exactly
which
woman Owens had been

dating for the past month. Of course stemming thoughts of Nikki Price had been damn near impossible

for a long time. For over two years, actually, since a pool party at a squadron member's apartment when

junior and the daughter of a man he respected and admired. Not to mention Carson wasn't in a place to

And still he had weakened and betrayed his friend by sleeping with Nikki. Once. A mistake he couldn't

Carson left the road for a shortcut across the lawn, past pine trees and bare-limbed oaks. He had no

claim to Nikki, and yet here he was, running like hell for her as much as the dead lieutenant. Her

He couldn't stomach thinking about her with Owens. But who else could be in that room? And if the guy

had been cheating on Nikki with another woman then somebody deserved an ass kicking.

Except damn, damn, damn it all, Owens was already dead, a screwed-up kid who'd just gotten his life

back on track. Carson had been so sure he'd helped the baby pilot, but had he intervened soon enough?

Think. Focus. If Nikki was inside that brick building, then she needed him, even if he was the last person

she would want to see.

Each huffing bootstep drawing him closer, Carson trained his eyes on the security cop cars—at least a

dozen—encircling the three-story building along with an ambulance. Looked like everyone who wasn't

guarding the gates had been called. Police in camo and blue berets secured the scene. An SP—security

police officer—guarding the front entry held up a hand.

The SP nodded and saluted. "I'll radio ahead and let them know you're on your way, sir. Down that hall

and around the corner."

"Thank you, Sergeant." Carson slowed his feet, if not his pulse that still slugged from dread more than the

He cleared the front desk and strode down the narrow carpeted hallway, taking the corner on a sharp

pivot. The corridor hummed with organized pandemonium, more cops and base medical personnel, a

couple of agents from the Air Force OSI—Office of Special Investigation.

His eyes scanned past to home in on one person.

A woman sat huddled in a chair outside a VOQ room, blanket wrapped around her while her teeth

chattered, security cops on either side. He didn't need to see a face to recognize her.
Nikki Price.

Chase the Stars (Lang Downs 2 ) by Ariel Tachna
Running From Mercy by Terra Little
To Steal a Groom (Royal Billionaire Romance) by Caraway, Cora
Blown by Francine Mathews
Act of Exposure by Cathryn Cooper
Prove Me Right by Anna Brooks
Christmas Caramel Murder by Joanne Fluke
Max Baer and the Star of David by Jay Neugeboren
The Regional Office Is Under Attack!: A Novel by Gonzales, Manuel
Blackbird Fly by Lise McClendon