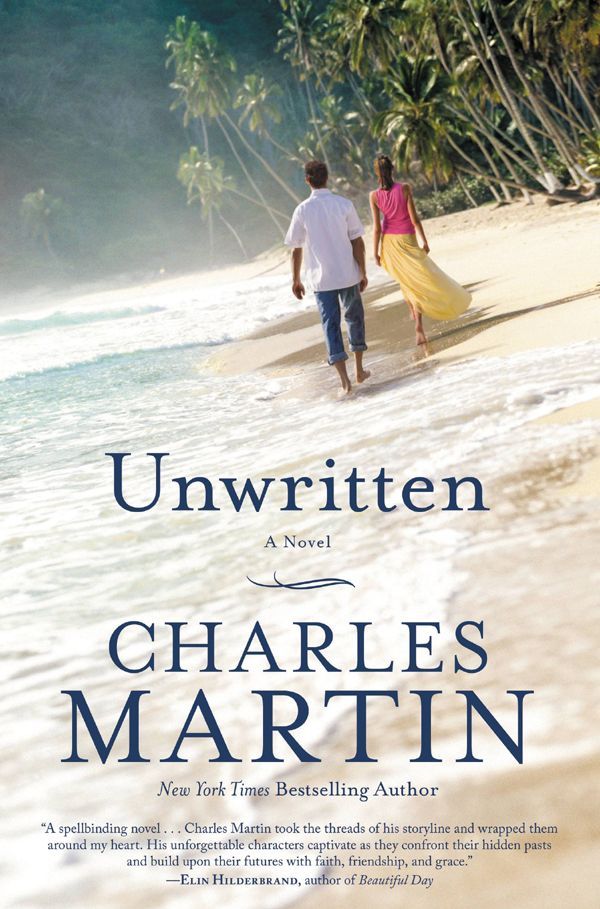 … never forget that you have promised me to use this silver to become an honest man… Jean Valjean, my brother: you belong no longer to evil, but to good. It is your soul that I am buying for you. I withdraw it from dark thoughts and from the spirit of perdition, and I give it to God!

Death is the destiny of every man; the living should take this to heart.

S
he knelt. Genuflected. He sat alongside the kneeler. Hands in his lap. She pushed the curtain open, to smell the Vitalis and Old Spice. She liked being this close to a man who did not feel compelled to touch her. To conquer her. She looked past him. Beyond the present. “Forgive me, Father, for I have sinned.”

“When was your last confession?”

She glanced at him out of the corner of her eye. “You should know. You were sitting right here.” He held his watch to the light, allowing his eyes to adjust to the date. It was Friday. She’d been here Wednesday. She knew that he knew that. She also knew that his mind wasn’t as old as his trembling hands or the spittle in the corner of his mouth suggested and reading his watch was little more than a deflection.

His thumb circled the bezel of his watch. It was government issue and still kept pretty good time but that wasn’t why he wore it. “This is unusual.”

She spoke without looking. “You of all people should know—” Another glance. “I am anything but usual.”

She loved diamonds. Had a drawer full. Custom made. Tennis bracelets. Pendants. Solitaires. Several of each. But for the last couple of months there’d been no glitter. No glisten. The only decoration she wore was the barcoded wristband from her last admission as a patient. He glanced at her wrist. “You planning on going back?”

She shook her head once. “Just making it easier to identify the body.”

Normally, she enjoyed their back-and-forth. But today, she wasn’t trying to be funny. Her cheeks were thinner. Drawn. She knew he noticed it. He dipped his thumb in the oil. Painted her forehead. “Bless you, my child.”

They’d met when she was sixteen. And while they had both grown older in those twenty years, only he had aged. He was more wrinkled. Skin thinner. More dark spots on his hands. Voice weaker. Cracking at times. Mucousy at others. Maybe the effect of his pipe. He could never quite clear it. He was eighty-three now. Or, was it four? She couldn’t remember. White hair combed straight back.

She had spent a lot of money to not change. To remain timeless. And, in everyone’s eyes but her own, it’d worked.

Despite more awards than she has shelf space, her own star on Hollywood Boulevard, thirty-some-odd movies, an eight-figure price tag, several “most beautiful people” labels, a schedule booked years in advance, and worldwide name and face recognition, she had become fragile. Not so confident. Not so certain. Simply, a girl. More afraid than not. She tried to hide it but hiding from him was not as easy.

She always found him dapper. She once told him in a weak moment that he’d not be a priest now if she’d met him in his twenties. He had nodded. A pleasant smile. “I’d like to think you’re right.”

She turned, surprised. “You’d have left God for me?”

He weighed his head side to side. “I’d have asked His permission and prayed He gave it.”

She studied the church. “You think He’d let you out?”

He eyed the walls. “He doesn’t keep me here.”

She got to the point. “No drugs. No alcohol. No sex. And only three cusswords but no F-bombs.” She shook her head and smiled. “In the last three weeks—thanks to you—I’ve had no fun at all.”

He smiled. “When was the last time you had fun?”

She turned away. The stained-glass window rose some thirty feet above them. The light filtered through the crown of thorns and painted her skin red and purple. A sycamore tree outside fluttered in the breeze, flashing a disco ball effect on the marble floor. She shook her head. He leaned in to hear her. Was her voice that weak? While petite, she could tower on the stage and owned Broadway. In her shows, there was no such thing as a cheap seat and that had nothing to do with the price. She managed, “Can’t remember.”

She shrugged. “Take your pick.”

He waited. “And your thoughts?”

He moved on. “How about your schedule? Last we spoke, you were going to spend less time pretending to be someone else. More time being you.”

“They are considering three more projects.” Her voice mocked her agent’s. She rolled her eyes. “ ‘Roles of a lifetime.’ ”

“Are they worth it?”

“But you like it when I write checks for this place.”

“What you do with your money is between you and God.”

He let out a breath, stared at her. He sought to make eye contact. She looked away. “What you are giving up is worth more than what you are getting.”

She smiled. Another tear. She whispered, “Thank you.” It’s one of the reasons she loved him. He gave, wanting nothing. She stared through the glass.

He asked, “And your sleeping?”

She shrugged. “Here and there.”

“None that are any good.” A minute passed in silence. She picked at a nail, then looked out the window. The ocean shimmered. Two dozen pelicans in V-formation skirted the rooftops, heading north up the coastline. She was probing. “You ever had anyone tell you they were going to hurt themselves?”

“I did what I could and left the rest to God.”

“You have an answer for everything.”

He waited. He had time for her. She loved him for that, too. She’d miss him. Not much else.

She turned. He knew she was deliberate. Purposeful. Finished what she started. Not given to exaggeration—which was odd given her profession.

She spoke softly. “Do you think God forgives sins in the future?”

She shook him off. “I don’t really understand that.”

Another glance out the window. “Least you’re honest about it.”

“Why lie?” He finished his thought: “I think God sees and hears our past, present, and future all in present tense.”

“That doesn’t bode well for me.”

He waited. She turned her tissue in her hands, shook her head, pulled an envelope from her pocket. “Given the events of the last few months, I’ve had some time to think. Put a few things in order. I’ve named you executor. In the event that, you know—I’d like it if you oversaw everything. Just in case. And—” A quick glance. “Speak at my funeral.”

He accepted the envelope. “I was thinking you might speak at mine.”

She looked around, staring through the glass and the trees beyond, trying not to sound too terminal. She handed him a ring holding two keys. “My penthouse at Sky Seven and a safe-deposit box at the bank. Everything you need is in there. My attorney’s name is Swisher. He drew up the papers.”

“Shouldn’t your agent or loved ones be handling this?”

A tear trickled. She whispered, “Loved ones,” and managed half a giggle. She turned away. “Ex number three will be pissed, but you get it all. Do with it as you wish.”

His eyes narrowed. “Should I be worried about you?”

She held his hand between both of hers. “I’m in no hurry. I’m better. Really.” A contrived smile. “I’m just… planning. In the event, you know. That’s all. In the daytime things aren’t so bad.” She dropped her head. “But when the sun goes down and… my balcony gets so dark…” She trailed off.

She checked the watch on his wrist, then the sun outside. “I’m late.” She genuflected. “Oh, my God, I am heartily sorry—”

He slid forward on his chair, dipped his thumb again in the oil, traced a cross on her forehead, and laid his hand atop her head. His words echoed. The oil felt warm. “
Ego te absolvo a peccatis tuis in nomine Patris et filii et spiritus sancti.
”

She stood, kissed him on the cheek with trembling lips, then a second time, smearing his cheek with her tears. Fighting the confession on the tip of her tongue, she buried it, sealed her lips, stepped
down, and walked away. At the foot of the altar, she stopped—the distrust creeping in. A whisper. “And Father?”

He stood. His robes white. Leaning on a cane he did not need. “Yes?”

“This is between you and me, right?”

A nod. “Just the three of us.” His voice was stronger now. The cross towered above him. He said nothing. A final genuflection, and she closed her eyes. She’d be talking with him soon enough.

He straightened. “My child—”

He took a step.

She spoke softly. “Father, all movies end. All curtains fall.”

He raised a finger. Eyes narrowed. Started to speak.

Avoiding the center aisle, she retreated beneath the side arches. Alone. At the rear side entrance, she pulled on the door. The salt air cut into her. She wrapped her scarf around her head, slid on her sunglasses, and walked out beneath a blue sky dotted with clouds. “Good-bye, Father.”

I
rubbed my eyes, blew the steam off my Waffle House coffee, and steered with my knees. I was neither passing nor being passed. Just fitting in. Drawing no attention. Something I was good at. My speedometer was hovering around seventy-seven miles an hour as was the rest of the northbound herd of nighttime travelers. Hypnotized by the dotted line, I counted back through the days. Nine years? Or, was it ten? At first, they moved slowly. Each minute a day. Each day a year. But, sitting here, the days lined up like dominoes outside the windshield. Time had been both a blink and a long sleep.

In a little over seven hours, I had crossed from the southwestern-most tip of Florida to the northeast corner. I changed lanes, wound through the spaghetti junction where I-10 intersects I-95 on the north bank of the St. Johns River, drove south across the Fuller Warren Bridge, and exited beneath the shadow of River City Hospital—a collection of a half-dozen or so buildings that rose up and sprawled along the Southbank. Jacksonville may not be as well
known as Chicago or Dallas or New York but its nighttime skyline is one of the more beautiful I’ve seen, and the hospital features in that sight.

Obsession by Kayla Perrin
Reinventing Mike Lake by R.W. Jones
Christian Philosophy: Everyone Has a Philosophy. It's The Lens Through Which They View The World and Make Decisions. by Andrew Wommack
Blood Bonds: A psychological thriller by Alex Matthews
Andre by V. Vaughn
Just Another Judgement Day by Simon R. Green
Spires of Infinity by Eric Allen
Hideaway by Alers, Rochelle
Blood and Guts by Richard Hollingham
Perfect by Kellogg, Marne Davis