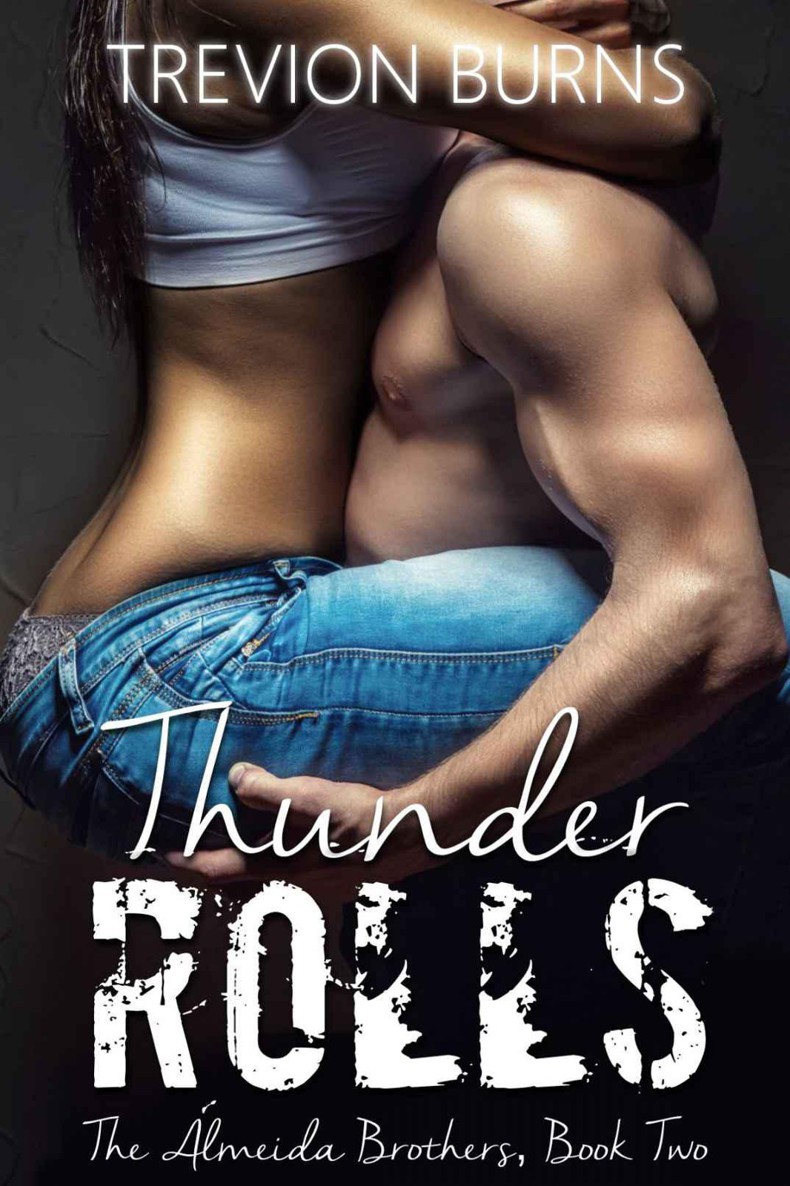 All rights reserved.  The reproduction, transmission or utilization of this work in whole or in part in any form by any electronic, mechanical or other means, now known or hereafter invented, including xerography, photocopying and recording, or in any information storage or retrieval system, is forbidden without written permission.

This is a work of fiction. Names, characters, places and incidents are either the product of the author’s imagination or are used fictitiously, and any resemblance to actual persons, living or dead, business establishments, events or locales, is entirely coincidental.

“Lila James? You made bail.”

Lila’s eyes followed the officer as he slid the gates of the jail cell open and motioned her out.  Her dark curls had been marinating in sweat, her jet black mascara was beginning to make her eyes burn, and she was sure she could smell herself.  She attempted to sniff her armpit discreetly, all the while glowering at the officer holding the bars open for her.  It took everything she could not to rear back and slap the smug smirk off his face.  Lila wanted to ask who had bailed her out, but her pride was too strong.

Holding her head high, she made her way out of the cell, refusing to look back at the dozen or so colorful friends she’d made while she’d been inside.

On her way out, she collected her belongings in a heap in her arms, pouting the entire way.  It wasn’t right.  She wasn’t a criminal.  She was a lecturer at Harvard University, an educated, professional woman who knew the law and always obeyed it. In her 29 years of life, she’d never gotten so much as a traffic ticket. As she pushed through the doors and stepped out into the breezy Cambridge sunlight, she caught a blurry glimpse of herself in the windows of the precinct.

She reached up to pat down her matted hair, giving up when she realized the effort was useless.  She didn’t even attempt to wipe away the black makeup that was running down her cheeks.  Nothing but a shower and two days of straight sleep was going to have her looking normal again.

“Fuck my life.” She looked like hell rising.  “Wow,” she croaked, dark brown eyes running over her reflection in the window.

“Wow is an understatement,” a deep voice boomed from behind her.

Her eyes shifted in the reflection, ready to give whatever rude bastard had felt the need to commentate on the sad state of her life a piece of her mind. When her eyes traveled up that broad 6’3 frame, and her gaze locked onto the playful green eyes of the loudmouth himself, she cursed under her breath. A part of her thought about just walking away from him, pretending she hadn’t seen him.

Then she realized she would never be able to walk away from him.  Not even if she wanted to.

Chase Almeida couldn’t help the amused smirk growing wider on his face, making his green eyes glow under the setting sun as he leaned back against his jet black pickup truck.  The long gold locket around his neck danced against the late afternoon breeze, swaying perfectly in time with the navy blue t-shirt he wore.  While licking his plush pink lips, he gave Lila another once over, the jaws of his oval face tightening as he took her in.

His short dirty-blonde hair, olive eyes, and strong features were a perfect mixture of his Portuguese and Greek ancestry, giving him a warm, dusky air. In his attempt to keep his composure, he pinched his defined nose, effectively shielding his smiling mouth.

Since the moment he’d first laid eyes on her, six years ago, there had never been a day Lila James left the house looking anything short of flawless. He thought back to several nights he’d spent alone with her, back when he was just a snot nosed kid. She’d worked as his private tutor back then, and was also the head guidance counselor at his high school. Their tutoring sessions quickly grew into a friendship.  A friendship that few people could get their heads around. Especially his older brother, Jack, even though Jack was the one who’d solicited Lila’s help when Chase became difficult to handle after the death of their parents.  While his older brother slaved away at his Manhattan law firm from sun up to sun down, Lila had always been there when Chase was at his lowest and darkest.

Always warm, sweet, soft, fragrant, and flawless, never a hair out of place. Chase constantly gave her a hard time for getting all dolled up for the most mundane everyday activities--like a trip to the corner store, the gas station, or even the damn mailbox.

It certainly hadn’t help matters that her relentlessly immaculate appearance never failed in sending his body into a whirlwind beyond his control, a sensation he could only describe as pure, unadulterated
fear
. It was a fear that pounded through his veins unapologetically, leaving him crippled, yet somehow, hard as a rock.  Aroused to the point of insanity, more than any woman in his life had ever managed to make him without even having touched him.  Yes, Lila James’ dedication to pure perfection had made for many uncomfortable tutoring sessions, and to that day, late nights alone, thinking of her. She strove for perfection in everything she did, and as far as he was concerned, she was successful.  Well, she had been, until that moment.

As his smirk grew into a full blown smile, Chase realized this was the first time in his life he’d ever seen her in quite this intense a state of disarray.

As she came to a reluctant stop in front of him, still frowning, he chuckled.  Her bra strap length ebony curls sat matted against her head. Her makeup was running in every direction on her chocolate face, and the fly of her black skinny jeans was down, showing the tiniest hint of her purple satin underwear.  An unrecognizable, tar-like substance had stained her white, long-sleeved top in various random areas. Chase assumed she must have been using it as a handkerchief for the last 24 hours.

“You look terrible.” His distinct New York accent, only highlighted by the deep bass of his voice, wafted in the air between them.  He feared the lie had stained his lips.

She didn’t look terrible, even when she
did.

He breathed for her. He’d always hoped that maybe, in some small corner of that tight little body of hers, she felt the same way about him.

“What the hell are you doing here, Chase?”

Clearing his throat, he crossed his arms and attempted nonchalance. “Word got around that a Harvard professor got arrested last night.  I didn’t think much of it until some asshole commented on her having the nicest tits he’d ever seen.  Then I knew it had to be you.”

“Classy,” she grumbled, squinting one eye at him.  It caused her lip to curl.

“Hey.”  Chase held his hands up, his eyes growing innocent.  “I just calls ‘em like I sees ‘em, okay?” He deepened his accent considerably as he said the words, something that always made her smile.  When she continued to stare blankly, not even blinking, he straightened up. “Look, I hate to break it to you, but this is going to be a fact of your life as a Harvard professor. You might as well go ahead and get used to assholes making inappropriate comments about your body.   It’s fantastic by the way.”

“Is this conversation
actually…
happening?” she squinted up at him.

Chase’s smile grew.  He adored Lila, and because of that, nothing brought him more joy than busting her balls from every conceivable angle.  “You’re not the number one Professor on the Crimson Cuties for nothing.”

Lila was afraid to ask.  “What the
hell
is a Crimson Cutie?” She instantly held a hand up.  “You know what? Don’t answer.  I don’t want to know.”

“You sure? Because you’ve been their number one all semester.”

“It’s a list of the 25 hottest Professors at Harvard.  There aren’t many of those so, naturally, the ones who look like you tend to shoot to the top pretty quick.”

“It’s really quite an honor.”

“
Or…
completely disgusting and chauvinistic,” she offered, watching him shrug.  “Who told you I was here?”

She would’ve rather walked the twenty miles back to her house than allow Chase to see her this way.  She’d always done her best to set a good example for him.  At 29, she was ten years his senior, and she hated that he was seeing her like this.  She hated even more how amused he looked.

“You better wipe that smile off your face real quick, Almeida.  I’m a hardened criminal now.  I wouldn’t want to have to break all your fingers.”

Chase tried to stop smiling, unsuccessfully.  “Somebody had to sweep you up out of this shithole.  If I’d left you in there five more minutes, you’d have three tattoos and a new girlfriend.”

She appreciated his attempt to make her smile, but she had nothing left.

He shifted his weight. “A Harvard Lecturer? Jailed? In the seediest corner of Cambridge?”

Lila was unimpressed as he flew down the list of failures that had occurred on the worst night of her life. “Thanks for the recap, buddy.  You done?”

Chase chuckled with a shake of his head. “What the hell happened, Lila?”

“I paid the bail, but I wanted to hear it from you.”

“Help me understand.  What the hell happened?”

Lila exhaled sharply and looked away from him.

She had no idea where to begin.

“You are a mature, capable woman.  You are a lecturer at one of the most celebrated institutions in the country.  You just finished giving a rousing speech at one of their events. You own a home.   You have money in the bank.  You can do this.”

“Hey, Lila? Is there any reason you’re mumbling to yourself?” Chelsea Keebler nudged Lila from where they were standing off to the side of the large, grassy field that was currently littered with students.

It was Harvard University’s annual event, The Clever Crimsons, which honored all the students who’d achieved academic excellence during the semester.  The event, naturally, had hundreds of students, most of whom were currently dancing inappropriately to what had to be the fifth Pitbull song of the afternoon.

It was meant to be a family event but had quickly escalated into something more synonymous with the legendary parties that occurred every weekend on Fraternity Row.  Most of the parents had already drummed up the grace to bow out, giving their perpetually stressed out kids some space to party. As chaperone, Lila had half a mind to calm down all the grinding and freak dancing that was going on, but she just couldn’t.

These students gave every inch of blood, sweat, and tears they had to succeed in the cutthroat, competitive hell hole that some liked to call a university.  Finishing the semester with honors at Harvard was no small feat, and they deserved to have a little fun.

The Chamber of Ten by Christopher Golden
Most men can't make it through even five words of what I'm about to tell you by Nicole Carlson
Court of Nightfall by Karpov Kinrade
James Games by L.A Rose
The Rogue: Searching for the Real Sarah Palin by Joe McGinniss
Kill Me If You Can by James Patterson
A Pinch of Snuff by Reginald Hill
Above The Flames (The Flames Trilogy #1) by Cassandra Fear
Love on the Boardwalk by Christi Barth
Mrs. Million by Pete Hautman