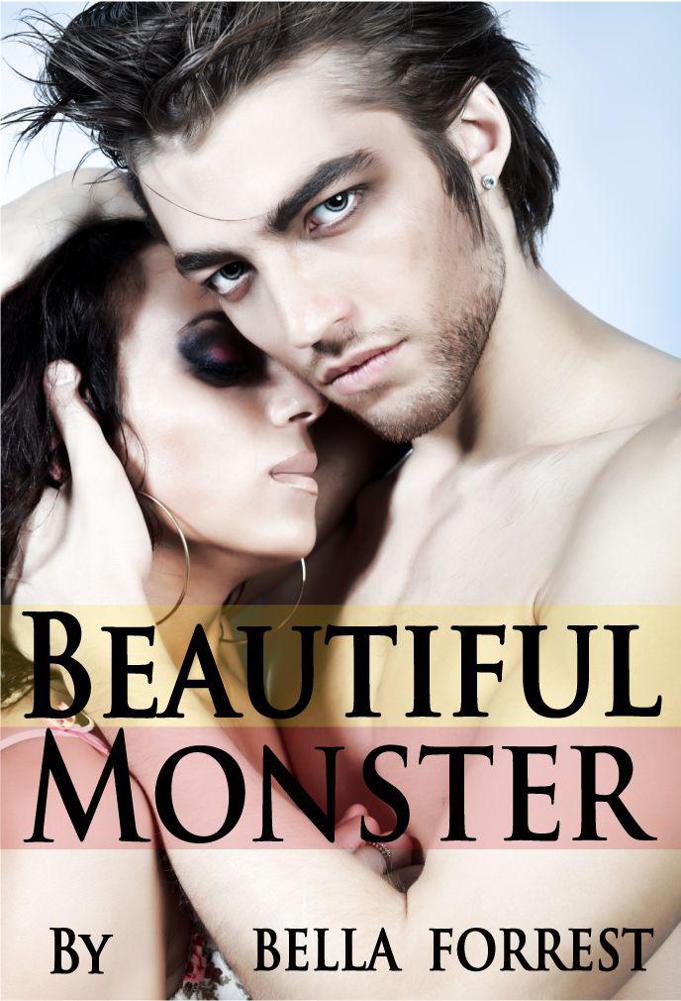 A Shade Of Vampire

A Shade Of Blood

ALL RIGHTS RESERVED BY AUTHOR

All characters appearing in this book are fictitious. Any resemblance to real persons living or dead, other than those in the public domain, is not intended and purely coincidental.

No part of this book may be reproduced, re-sold, or transmitted electronically or otherwise, without express written permission from the author.

Diary Entry, Amy, June 13
th
, 2012:
I always used to picture myself in some sort of fairy tale. I had my life all planned out. I would be a famous actress, everyone would tell me my talent was beyond words. I would be able to bring tears of joy or happiness to any audience’s eyes in seconds, and be able to portray even the hardest of characters in the blink of an eye. If I were really famous, and there were tabloids written about me, they would always say I was beautiful (somehow, my hair color was always a perfect blond and I was always tall and graceful). And I would have a perfect husband by my side; who supported me, loved every part of me, and was just as beautiful. He would always be fun to be around, and we would never argue. The world would adore him too; but they would respect our love.

And, in these dreams, I wasn’t sick. I never was. There were no endless needles or pills; no concerned looks and long hours in the doctor’s office. My purse wasn’t filled with medication; I was always full of energy, I didn’t have “bad days”. I was the picture of health and nothing could hold me back.

Falling in love with Liam hadn’t been exactly what I pictured; but when I look back, I wouldn’t have it any other way.  All those men whom I imagined as my perfect love don’t compare to him.

Liam isn’t perfect, of course, but somehow, I love him in ways I never thought possible. His pain, his past, who he is, everything that would be considered an “imperfection” are just reasons that I love him more. What we have been through in this short period is more than any couple has been able to withstand in a thousand lifetimes.

He is always there for me; always supports and protects me; always finds a way to make me feel safe, even in the darkness. At first, when we met, I thought he was distant, emotionless, and there wasn’t a thing in the world that could make me give him a second thought. But time heals all wounds and changes thoughts. And of course, here we are now.

I don’t know what the future holds for Liam and me. My mortality looms every day, and every second I draw breath is one step closer to being six feet under. But I do know, as long as I draw breath I will be by his side.

Liam, Jan 11
th
, 2012:
I had known something was different about her from the moment she walked onto the stage; looking like a startled deer. Had it been any other auditionee - and there were hundreds who showed up looking afraid - I would have immediately drawn an “x” through their name and written them off without a second thought. But she was different, and not just because she was good. She was better than good. When she spoke, the words came out as if they were natural - something I continuously tried to beat into students’ heads without much success.

And she was beautiful, but that was inconsequential. Most actresses are some type of beauty, or they make you believe so. And this is a tough industry. It’s not seen through rose tinted glasses. If I can’t see some sort of physical beauty in them, even at this young age, then they don’t get a shot. Better they learn it here than somewhere else.

Speaking of shots, I had certainly had at least two too many last night. It was a rough night, rougher than most.  It seems closer to a full moon, the cravings always get worse. I’m not sure why, and I haven’t bothered to figure it out, but come the full moon, the urge to feed on human blood is never stronger. The alcohol helps, although it isn’t always a cure.

Which led to that morning, and my pounding head. Curse immortality that comes with hangovers. I still suffer the effects nearly every time. And when walking into a room full of energized, over-dramatic teenagers, the symptoms double.

I nodded curtly to a few of them and made my way toward the front of the room.  Some of them called my name - no doubt they had questions about the latest simple assignment I’d given them. No matter how simple I made the homework, they had questions.

I was leaning against my desk, back to them to try to drown out the noise, when suddenly, the pain started to subside. The room was growing quiet, and the scent of human blood was neutralized.

I took a deep, pain free breath, turning around, proud of myself for controlling the urge. But then I saw I had done so at all.

She was standing in the center of the now-quiet room, blushing at the curious stares.  Her long hair was hanging straight down her back, her huge brown eyes that had first attracted me were staring right into my own. But it was her scent; calming my urges, that made me hold her gaze, wondering what she was, if she knew. I felt better almost instantly, swallowing to find the words to speak.

“Take a seat, Amy.” I said, gesturing with my free hand, and she nodded, sitting down almost instantly. “And the rest of you...” I said, giving them my usual glare. They scuttled to their seats, pulling out note books. I couldn’t keep my eyes off her the entire lesson. What was she? What was drawing me to her? What story of us was just beginning?

Write about what you want to be when you grow up. What made you decide that? Use all the proper formatting described in the previous chapter
. I read the assignment over and over again, before I clicked the start button. The thing with being homeschooled, or ‘online schooled’, was that once I clicked the start button for the test, I couldn’t do things normal students did, like negotiate for extra time to go to the bathroom, or argue my grade. I had to do it right the first time.

I glanced at the clock, seeing that I still had about forty five minutes left before Dad came home. The assignment was only allotted at thirty minutes, maximum, which meant I could probably finish it in twenty. They always gave you too much time with these things, which was silly really, because it meant you had extra time to use the textbook and cheat.

I never cheated, of course. I just couldn’t bring myself to do it. My father had taught me that something worth doing was worth doing right, and even if he wasn’t home, his lessons rung loud in my ears. If I started this assignment right away, I could finish it and start dinner. I was planning stuffed peppers worthy of a five star restaurant - my father would expect no less - and when I read the recipe for them, I almost drooled. However, they would take some time to make, and I didn’t want him home and waiting on food, not after a long day at work.

I clicked start, taking a deep breath, and positioned my fingers over the keyboard.
Go.

I want to be an actress. I think I’ve always wanted to be an actress. I can remember, when I was young, putting on plays for my parents and my stuffed animals in the living room. Nothing thrilled me more than dressing up in costume, making up stories, and performing at the top of my lungs. However, I think there was one day when it became more than just a childhood fantasy.

I was nine years old, and my father and I had just moved here. After months of job searching, he finally got a job at a prestigious theater school just down the road. He was to be a cook, helping with not just the student’s three meals a day and snacks (about 50% of the school are boarders), but also the catering for the fancy theatrical events and any food props needed for the shows. It meant long hours, but that made up for the low pay. I remember him working late at home one night trying to develop a way for meat to be raw on the outside, but cooked on the inside. Whatever show they were doing at the time was not ‘appropriate for a child my age’, but he succeeded, and they put his name in the program and gave him ‘special thanks’ along with the rest of the chefs.

One day, he asked me if I would like to come to work with him. It was national ‘take your child to work day’, and workplaces all across the country were participating. It sounded much better than being at my tutor’s place all day (in those days, I was tutored; it was just a few years before we discovered I could get a good education online), so I agreed. I was surprised that he would let me out of the house for so long. You see, the other thing you should know about me, is that before this, I hadn’t dared to really have dreams. My mother died of AIDS when I was just a baby, and while my father was lucky enough to escape being infected, her blood runs through my veins. I was diagnosed as HIV positive when I was barely a week old.

My father has always been overly protective of me, keeping me homeschooled, warning me not to exert myself, barely letting me be in contact with other people. And while I understand his concern, things are different now than in my mother’s time. People with HIV can survive for years living a normal life, and even once the virus becomes full blown AIDS, ten or twenty years are not unheard of. I try not to think about when that will happen, because it’s inevitable. For now, I have mostly good days. Lonely, but good days.

Anyway, I’m getting off topic. The point is, the next day I was up at the crack of dawn, dressed in my best clothes, making my hair as neat as possible, excited to go to work with him. We left earlier than he normally would, so that we could walk together. I was practically bouncing off the walls.

The school was the most beautiful thing I had ever seen: historic and sturdy on the outside, and the walls inside were filled with colors. There were murals, art work, and old flats from shows mounted on the wall. There were hundreds of black and white pictures of the students in various plays, their costumes and makeup outstanding. I had never seen anything so beautiful in all my life. But that wasn’t the best part.

Dad had me sit on a stool with him, watching him take orders and cook up breakfast for the two hundred students about to arrive at the cafeteria. But when breakfast was over, he winked at me and told me this was the best part of the job; that he could take long breaks in between. He led me down the hallway to the grand theater which was placed in the center of the school. Putting a finger to his lips to signal that I should be quiet, he opened the door and snuck me into the back row. On stage, the lights dimmed and the sound track played. Rehearsals for that year’s production were just starting.