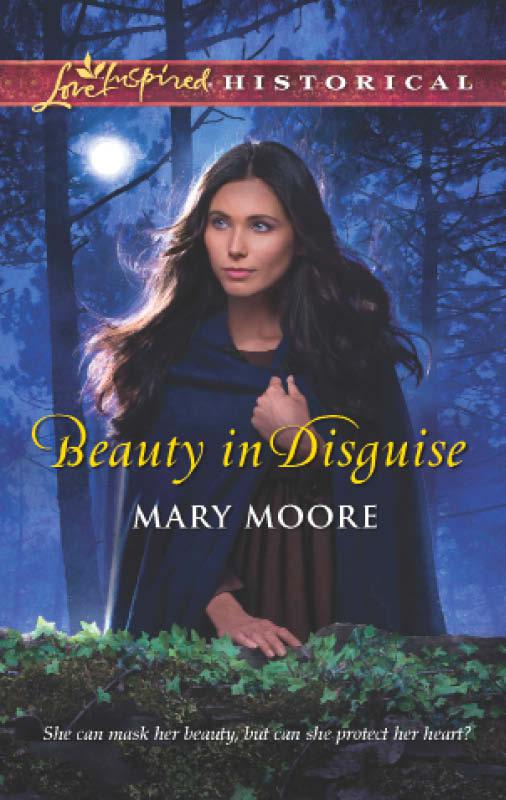 After her scandalous first Season, Lady Kathryn needs a new beginning. Concealing her stunning hair and sapphire eyes beneath a dowdy facade, she’s grateful to earn her keep as companion Kate Montgomery. Until she comes face-to-face with her past in Lord Dalton, the only man she has ever loved.

The debutante Dalton fell in love with years ago was beautiful beyond compare. The gentle, mysterious young woman he encounters at a country house has qualities he now values more highly—until he learns of her deception. Kate has broken his heart not once, but twice. Can faith help him see that love, like true beauty, always comes to light?

Kathryn could feel the tears welling in her eyes; she could not stay any longer and talk to Dalton as if she did not know him. She
did
know him—he was the only man she had ever loved. And she had left him...a gullible girl importuned by a dashing rogue. It had ruined her life. Now she was being touched by her past in a tangible way.

“Am I not to be granted the same privilege before you leave?” he asked gently. “As far as introductions go, this one falls sadly flat, but shall we blame our circumstances for the impropriety?”

His hair was a bit longer now; it hung a little over his collar. It suited him.
She had to stop this!

Kathryn must flee and she knew it. She could spend no more time in his company and risk all she had worked for over the past four months. His strength and magnetism now scared her—she wanted to stay.

No!
she screamed in her head.

“I cannot” was all she said.

The Aristocrat’s Lady
Beauty in Disguise

has been writing historical fiction for more than fifteen years. After battling and beating breast cancer, Mary is even more excited about her career, as she incorporates some of her struggles throughout her books, dedicated to encouraging others in the Lord and using her writing for God’s glory.

Her debut novel,
The Aristocrat’s Lady,
won several acclaimed awards, including the 2011 Reviewers’ Choice Award from
RT Book Reviews
for Best Love Inspired Historical, and the 2011 Holt Medallion from VRW for Best Book by a Virginia Author.

Mary is a native of the Washington, D.C., area, but she and her husband, Craig, now live in the beautiful Blue Ridge Mountains in southwestern Virginia. When not writing, she loves to read, minister in her church and spend time with her husband and black Lab, Darcy.

Mary would love to hear from you! She can be reached by visiting her website at
www.marymooreauthor.com
.

And be kind to one another, tenderhearted, forgiving each other, just as God in Christ also has forgiven you.

This book is dedicated to
Carol Taylor O’Leary

My Sister-In-Law
My Sister in Christ
My Very Dear Friend
Whom I Dearly Love!

Without her encouragement, support
and not-so-gentle persuasion
my writing career would still be
in a box in the attic,
and my heart might not belong to Jesus.

To God Be the Glory!

Of cloudless climes and starry skies;

And all that’s best of dark and bright

Meet in her aspect and her eyes...

Kathryn had pulled her hood more closely around her face and turned to leave the bridge. What she ran into almost knocked the breath out of her. Two strong hands gripped her shoulders to steady her. When she looked up at the man towering over her, she spoke out of shock. It was
him.
Lord Dalton was here, and she almost said his name. She would have known him anywhere, even after nine years. He wasn’t supposed to arrive until tomorrow. She was prepared for tomorrow, not for this.

“I beg your pardon?” he said, as he searched for her eyes in the shadows of her hood. “What did you say?”

“I...um...you...you frightened me.” She was still shaky, though she knew complete safety in his grip.

“Steady there, waif. You have been too reflective this night. With your head in the heavens, you did not see me.” He was smiling down at her, and she quickly pulled her hood even closer. Could it be possible he was even more handsome?

She must keep her wits about her. She must play the part. “Who are you?”

“Ah, I see it is to be direct interrogation from the start,” he replied. “As a military man I recognize your tactics.” His voice was deeper than she remembered, but she could not forget the playfulness always near the surface of his words.

Her voice had a quiet calm, and she followed her instinct to respond in playfulness. He always had such a wonderful sense of humor. Who would know? “Interrogation? With one question? Whose military were you a part of?”

He laughed out loud. “Touché, madam!”

“Could you please let me go? I am quite recovered.” Why was he wandering around Trotton in the middle of the night? For that matter, why was he here a day early? And why hadn’t he gone to the Manor? “What reason makes you wander about in the night?”

“I suspect my reason to be similar to yours,” he said, grinning in the moonlight. “I could not sleep and decided the evening air might do the trick. As to my identity, my name is Dalton and I am presently staying at the inn in Midhurst.”

Kathryn could feel the tears welling in her eyes; memories crashed in on her like the sea on the shore. She talked to him as if she did not know him. But she
did
know him—he was the only man she had ever loved. And she had left him...a gullible girl importuned by a dashing rogue. It had ruined her life. Now she was being touched by her past in a tangible way.

She could not turn back the hands of time, but could she make it stand still for this night?

“Am I not to be granted the same privilege?” he asked.

His hair was a little longer now; it hung over his collar. It suited him.

What was she doing? She could not risk all she had worked for over the past four months just because his strength and magnetism drew her in.

“Wait.” The compelling but gentle hand still gripped her arms, holding her back. “You must not be afraid, lass, but I cannot let you go into the night alone. Please allow me to escort you to your home.”

She kept her head down. She did not know if he would recognize her, but it was much more likely tonight, without her normal disguise, and that would ruin everything. He was getting a little too close.

“What are you about, Mr. Dalton? Let me go at once.” She thought her deliberate ruse of dropping his title might be the only way she would have of throwing him off the scent, should he suspect. She tugged at the hand still gently holding her arm. “I am familiar with the landscape and I need no escort.”

He scolded her seriously. “As you have proof before you, danger can lurk without your knowledge. I shall not let familiarity with the area sway me to leave a woman alone at midnight.”

Kathryn did not struggle; she knew it would be futile. She only needed to await an opportunity to elude his grasp. But even now, she remembered the strength in those arms. They had once kept her close to his side when he had walked with her. They had once kept his famous horses in check while they drove to Richmond Park. And they had often held her safe while dancing to the strains of a waltz in a crowded ballroom.

She always thought him the handsomest man she had ever seen. She spent many a night, in her younger days, reliving the feeling of being in those arms during a waltz. But she was whisked from Town all too soon and tried to put that time behind her. And she had succeeded, until now.

Had she hurt him? It must have hurt him, even if he had not cared for her as much as she had cared for him. She had fallen under the spell of a well-known rake and believed his impassioned protestations of love. He was older and flattered her, and he made her elope with him.

No, to own the truth, she had agreed to that on her own.

She was too young to realize that the steady and truest love, Lord Dalton’s love, was the only one worth having. And the price for that lesson was the loss of her reputation, her father’s affections and God’s presence in her life.

She stood thus, all the while knowing that the longer she stayed in close proximity to him, the more of a chance she took. But her feet seemed rooted to the spot. When told that he was coming to Dinsmore Manor, she had been shocked. In all of England, he was coming to the one spot she thought safe. And she remembered holding her breath, waiting, listening for the words
with his wife,
but they had not materialized. Now she did not know which was worse.

“Who are you?” he whispered. “Shall I awaken in the morning and this will all have been a dream? Only an illusion of my imagination destined to disappear?”

Tomorrow she
would
disappear just as he predicted, and he would see her no more. She would again don the disguise created to hide her true identity from the world, to protect her livelihood. He would never suspect that she was Lady Kathryn, the daughter of the Marquis de Montclaire, the young girl he had courted nine years ago in London.

She must not think about that. As long as her hood covered her face, could she not enjoy herself? Just for a few minutes.

“You make too much of a name, sir.” She was still quiet and poised, but a little mischievous, as well. “Unlike you, I belong here. We are not destined to know each other, so there is no need for an introduction.”

“It is as I suspected, then,” he said, his voice deep and low. “You are an enchanted fairy. You know our future before it happens and predict pain for me if I am not to know you.”

Despite the mesmerizing voice and the danger she feared, Kathryn did not falter. “I am no fairy. I only speak the truth.”

“I know it cannot be, but...am I acquainted with you?” His words startled her. He
must
not learn her secret. He continued, “I do not believe in the bewitching tales of the Weald. You are flesh and blood and I am real. Where is the impediment to our meeting again?”

Kathryn soothed him with her voice. “Sir, it is after midnight in a moonlit glade.
Everything
will change with the daylight, as it always does. I will ask you again to please release me.” She knew if she had not known who he was, she would have been terrified. She must act rationally, whether silly banter was involved or not!

“I fear once I release you, you will fly.” He lifted her chin with one finger, but she did not look at him. His grip on her arm stayed any movement she intended. “I will not let you go under the threat of reality. Whether I escort you to your home or not, I demand an assurance—a token, if you will, that I have not dreamed this entire night.”