Read Beauty in His Bed Online 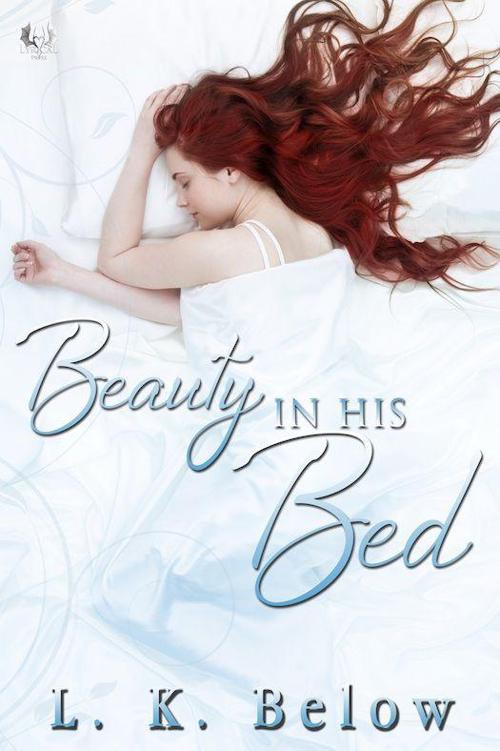 TAG: Upon finding a gorgeous woman in his bed, Seb wakes her with a wicked kiss…and it just might lead to forever.

Devastated by a breakup, plus-sized Amy Somers retreats to New Orleans to visit her longtime friend. But when her friend delivers the key to her apartment and sends Amy on ahead, she doesn’t realize that the apartment belongs to someone else.

Upon coming home to find Amy asleep on his bed, Sebastien Babineaux entertains lusty thoughts. Bent on seducing her, he never expects to lose his heart – or to work so hard to keep Amy by his side.

Amy stared at the man who had so recently had his mouth between her legs. And he was certainly worthy of being stared at. Dark chestnut hair, broad shoulders, and a lean waist. And an impressive erection tenting his black pants. Had she entered an alternate dimension? Men like him didn’t look twice at girls like her.

Most importantly, what the hell was he doing in her friend’s apartment?

Seb propped his shoulder against the door frame to keep from falling to his knees at the sight of the woman lying half-naked on his bed. Was he drooling? Faced with a sight as delectable as her, he didn’t know how his jaw wasn’t lying on the floor.

If only she’d been conscious.

His hands tingled with the urge to strip off the rest of her clothes. After the dry spell he’d been having, he would have considered himself delusional to be handed such a feast. That is, if Monique hadn’t warned him that she’d sent her friend Amy over. Seb needed no help charming women, but with a beauty like the one sprawled out before him, how could he turn her away?

This woman had been crafted to fulfill his every fantasy. She lay, oblivious to his presence. Her blue baby doll clung to her large breasts, revealing miles of unconquered terrain. Her auburn hair draped over her chin and part of her plump mouth. One hand was tucked beneath her cheek; the other rested between her lush bare thighs. With her legs curled, he couldn’t tell how tall she would be, but one thing he was certain: before him lay a woman who he wouldn’t have to worry about crushing with his six-foot-tall frame. And one he shortly hoped to know very well.

One question held him rooted in place while his hormones urged him to join her.

Why would a goddess like her be lying half-dressed on his bed?

Amy Somers felt as if a meteor the size of Manhattan had been lifted off her shoulders. As soon as the door to Sheer Passions swung shut behind her, she felt like an entirely different person.
Hannah was right. Getting away had been the right thing to do.
And by the time she crawled back home in three days, every sordid reminder of Tim would be gone.

As she checked her watch, Amy thought she’d almost lasted five minutes this time without thinking of him. That was what this getaway was about, after all. Getting away.

Even so, it was hard to blank out her thoughts. Three days wasn’t nearly long enough. Three decades, maybe. How was she supposed to erase the past eighteen months, and the most serious relationship she’d ever had?

I thought Tim was The One…

And there she went again, spiraling right back into a well of self-pity. Valiantly, she drew in a breath to stave off the urge to curl into a ball. Not that she would be curling or bending any time soon. How had she let Hannah coax her into these skintight jeans? Skinny jeans just weren’t meant to be worn by girls with her…bone structure, let alone the skimpy blue baby doll t-shirt she’d squeezed into. She’d been able to hide beneath her parka during the plane ride but, well…

December in New Orleans couldn’t really be called winter
.
Not when compared to the frigid temperature she had just left.

Instead of wincing, Amy grinned at the high-pitched shriek heralding the approach of her good friend. After setting down her suitcase, she opened her arms and bent to give Monique Soule a hug.

“It’s been too long!” Monique exclaimed in her southern drawl.

She was right. How long had it been since Amy had last seen her? They’d been inseparable in college, each working hard to obtain their business certificate. But while Amy had given up her dreams of opening her own store when Monique had returned to her hometown of New Orleans, it seemed her former roommate had not. She was now the proud owner of Sheer Passions, after all. And she hadn’t changed a bit.

In fact, in a stiff black corset, flowing red skirt and high-heeled boots, Monique didn’t resemble a stuffy business owner in any way. As Amy smiled, she tried hard not to slump in a vain attempt to match Monique’s five-foot height. At five-seven, she felt like a giant next to her friend. She wasn’t used to the feeling. After all, her cousin Colleen was three inches taller than her, even if she was stick-thin.

No, don’t think about Colleen…

But it was too late. Her mind was already on her cousin’s fantastic news. Colleen’s success in romance only punctuated Amy’s loss.

No.
She was in New Orleans, miles away from her ex. This was supposed to be a healing trip, if a short one. For three days, she would think of something completely different from her breakup. Taking a deep breath, she forced a smile.

“Thanks for letting me stay at your place, Monique. I appreciate it.”

Was it her imagination, or did a sly smile cross her friend’s face for a minute? But Amy was being silly. With her sharp chin and twinkling brown eyes, Monique often reminded her of a mischievous imp.

“Sugar, I wouldn’t hear of anything different.”

After batting a strand of her short, black bob away from her dark skin, Monique raked her gaze over Amy’s form. Amy fought the urge to cover herself. In her tight jeans, she must stick out like a sore thumb. A swollen sore thumb.

Amy highly doubted that. When she was around someone like Monique–who was as big around her waist as one of Amy’s thighs–she found it hard to feel attractive. Even when she’d had someone.

Don’t think about him.

She tried to banish the thought as Monique picked up the suitcase. Linking her thin arm through Amy’s, Monique tugged her farther into the store.

“So what’s your verdict, sugar?”

Narrowing her eyes as she glanced around the store, Amy exclaimed, “It’s beautiful!” She meant it, too, even if her heart broke a little to see it. Mannequins posed in evocative positions as they displayed small, sheer, lacy concoctions. As she admired the lingerie, Amy tried to contain her sad smile. She both loved and hated stores like Sheer Passions. They contained the best and most beautiful, everything a woman could want to entice a man–but rarely did anything come in her size.

Maybe it was best that this time around, she didn’t have a man to entice.

Setting that thought aside, she turned to her friend. “You’ve done a great job here, Monique. The business is going well?”

“More than well. I’ve got no competition in this little corner and the girls on either side only bring in more business for me.” As Monique reached the glossy marble countertop in the center of the store, she set down the suitcase and turned. “The only area I’m missing items in is that one over there.” She pointed to one corner of the store opposite the dressing rooms. “I just don’t get enough pieces to fit plus-size beauties like yourself.”

Amy sighed. “That’s the way of the world, isn’t–” When she saw the glint in her friend’s brown eyes, she cut herself off. “Monique…”

“Back when we were in college, all you wanted to do was make plus-sized lingerie.”

“Well, I realized what a stupid dream that was,” Amy snapped back. “Now I’m a bank teller, and honestly, Monique, I couldn’t be happier.”

“We have banks here in New Orleans.”

Amy had always loved the way Monique pronounced the name of her home city as
Nawlins
. Seeing as the first time she’d said it, Amy hadn’t even been sure she’d come from the United States, it was a bit of a running joke between them. But today, she didn’t smile.

Nevertheless, her friend continued, “I know at least a half dozen other stores who would love to show your talent.”

“Why? It’s obvious you ain’t got any ties there, sugar.”

“I do have ties there. I have friends and family.”

And when she’d had Tim, she’d been ecstatic for her cousin. What was it about her boyfriend leaving her for another, thinner woman that made her so bitter? She wanted to be happy for her cousin. Finally, at twenty-six, Colleen had found a meaningful relationship.

Lifting one thin black eyebrow, Monique said, “Is that why you’ve come crying on my shoulder instead of staying to cry on theirs? You could have a home here, Amy.”

She didn’t want to talk about this. Sliding her eyes shut, Amy took a deep breath. “I’m only here until Wednesday,” she said calmly. Firmly.

She shouldn’t have let Hannah talk her into coming in the first place. Coming had been cowardly.
I don’t belong here.
No matter what Monique said to the contrary. She had a life back in New York. Or she’d had one. With Tim.

Monique sighed. “Oh, all right, sugar. You won’t hear another word from me. But I want you to know that the offer still stands.”

With a thin smile, Amy nodded.

When she opened her eyes again, Monique tugged on her arm. “Come. I want you to meet the girls.”

The slender woman pulled Amy with surprising strength out the door and into the balmy New Orleans air. Amy glimpsed a sign reading
Madame Danielle’s Charms and Baubles
before her friend dragged her inside.

Unlike Monique’s store, this one was dimly lit and swathed in red velvet, casting a mysterious air over the place. The front sold candles, costume jewelry, and myriad other items. The back was separated by a black curtain. Manning the counter was a slim, ash-blond beauty. Her full red lips were in sharp contrast to her pale skin and light blue eyes, ringed with eyeliner. Grinning, she waved to Monique, the bracelets on her arm jingling.