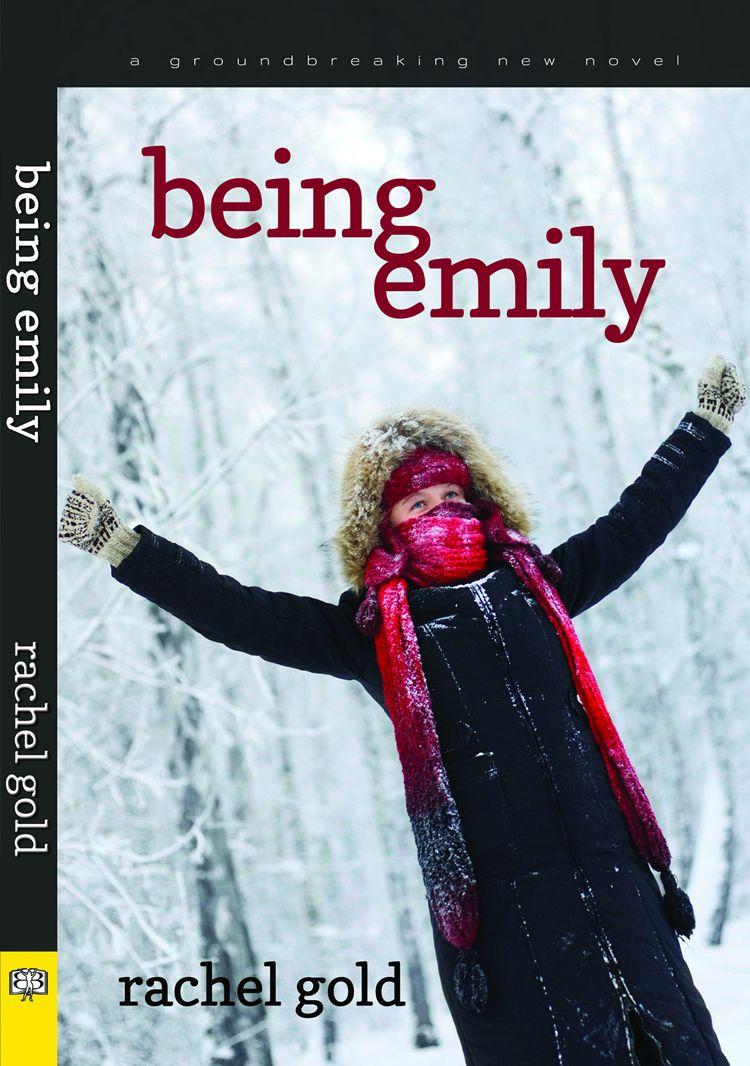 The noise of the alarm cut through the peaceful darkness of sleep like wind heralding a winter storm. I reached over to smack the snooze button and hit the bedside table. I’d been up half the night so I had moved the alarm to my dresser to prevent snooze abuse. Once I lurched across the room to stop the grating sound, I was upright and might as well shower and get it over with.

I refused to look at myself in the bathroom mirror. During the first foggy minutes of morning I could pretend I was still the person I’d seen blurrily during the late, dark hours when I was alone and safe. I wanted to be myself for a little while. 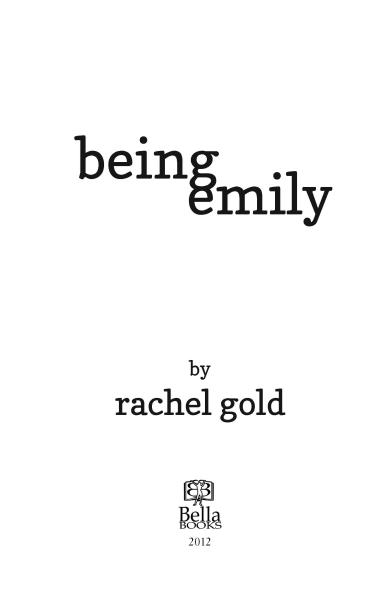 Printed in the United States of America on acid-free paper

and her wild and precious life

Many people helped make this book possible and while I hope to thank all of them here, I’m sure I’ll leave out some people who deserve thanks. In addition, I read a lot of material while researching the novel and I want to be clear that any mistakes in the text are mine and not the fault of those excellent books and websites.

If you want to know more about the research, resources and people who went into creating this novel, please visit www.beingemily.com.

I want to thank many members of the
trans
community who were generous with their time and stories. This includes Kate Bornstein (who taught me to value my own femininity), my former roommate Scott, Debbie Davis of the Gender Education Center, the members of
GenderPeace
, particularly around 2004–05, and, of course, Elise
Heise
to whom this book is dedicated.

I also want to thank my family members who gave me emotional, editorial and material support: my mother and father and my great-aunt Rhoda. I am blessed to have a family that’s almost as excited about this book as I am.

Thank you to my amazing co-workers who create the best corporate job environment an author could have—and particularly those who read and commented on earlier drafts of this book: Wendy
Nemitz
, Dawn
Wagenaar
, Liz Kuntz, Christine Nelson, Kathy Zappa and Sara
Bracewell
.

I’m also grateful to the members of my very long-running
World of
Warcraft
guild, who don’t care what gender I play, and who put up with me missing raids to finish the edits—and to the many gamers who have created GLBT-friendly places in game.

A huge thank you to my amazing set of last-minute readers for the final round of edits and my repeat readers:
Jeni
Mullins, Nathalie Isis Crowley and my dear friend Alia, who holds the record for reading the most drafts.

Currently an award-winning marketing strategist, Rachel Gold also spent a decade as a reporter in the LGBT community where she learned many of her most important lessons about being a woman from the transgender community. She has a Bachelor of Arts in English and Religious Studies from Macalester College, and a Master of Fine Arts in Writing from Hamline University.

The noise of the alarm cut through the peaceful darkness of sleep like wind heralding a winter storm. I reached over to smack the snooze button and hit the bedside table. I’d been up half the night so I had moved the alarm to my dresser to prevent snooze abuse. Once I lurched across the room to stop the grating sound, I was upright and might as well shower and get it over with.

I refused to look at myself in the bathroom mirror. During the first foggy minutes of morning I could pretend I was still the person I’d seen blurrily during the late, dark hours when I was alone and safe. I wanted to be myself for a little while longer.

Under the hot stream of water I kept my eyes closed. It felt like I was washing someone else’s body. Even after sixteen years I still had moments where I couldn’t understand how I got here or how such a mistake could be made. I knew what I was, and this tall, angular body was not that.

As I scrubbed, I flip-flopped on my decision to talk to my best friend and sort of girlfriend. “Sort
of
”
because Claire was dating the version of me that didn’t really exist. I would spend the whole day going back and forth with that in my head, I could already tell that much. I liked her enough that I felt bad about deceiving her, maybe more than anyone else, and I guess that’s one reason why I decided to tell her first. I had tried to tell two other friends in earlier years, but that hadn’t gone so well. One stopped talking to me and the other laughed so hard I confirmed to him I’d been kidding. Maybe I should have stopped trying to tell anyone, but the truth welled up in me so thickly I knew I couldn’t hold it back much longer.

Like every other morning that winter, it was still dark outside when I woke up and the window was just turning light when I got out of the shower. I had to confront the dozens of outfits that I could wear but didn’t want to. Worn down by years of dressing up as a boy, I’d pared my clothing options down to one of three basic outfits: jeans and T-shirt, jeans and sweater, jeans and button-down shirt (for days when I was supposed to look dressy).

That morning I stood in front of my closet wondering what you wear to tell your girlfriend that the boy she’s dating is really a girl inside. Grandma
Em
had sent me a cashmere sweater two Christmases ago that I hoped would give me some measure of courage. It was so soft and I loved the feel of it, even if the olive color wasn’t one I’d pick for myself; it made my skin look gray. I put it on, ran my fingers through my hair and went down to get some cereal.

Dad was on his way out the door and he leaned against the wall to pull on his massive, thickly-lined boots. “
Lookin
’ good, Chris,” he said. “Swim
meet
?”

His eyes were unreadable. He wasn’t sure if he liked her or not, but I think he was glad I had a girlfriend this year. He nodded, waved and slipped out into the snow.

In our house, the kitchen is to the left of the front door when you’re coming in, and to the right is the living room, which turns into a den at the back of the house. The kitchen opens into an eating nook, just big enough for a table of four. The house used to be a three-bedroom until dad and his buddies built the addition over the garage that’s my bedroom so he and Mom could have one bedroom for paperwork and crafts. On my way to the kitchen table I grabbed milk and cereal and mumbled a “good morning” to Mom, who was busy assembling sandwiches.

At the table, I poured milk into a bowl and then dumped a few cups of Cheerios on top. I don’t know why people pour milk over cereal, it makes it get soggy so much more quickly than if you put the milk on the bottom first. Mom finished making our lunches and set the two bags on the table just as my nine-year-old brother,
Mikey
, blew into the room. His hair was going all sorts of directions, which he seemed oblivious to as he grabbed a bowl, snatched the milk from in front of me, and poured it over his heap of cereal until the whole mass threatened to spill over the side.

Mom tried to fix his hair while he was eating and managed to get the worst bits to lie down. “I’ll probably be working late today,” she told us. “But your dad will be home.”

“I’m going to Claire’s after the meet,” I said.

“Dad’s not cooking…is he?”
Mikey
asked.

Mom smiled. “No, there’s lasagna in the fridge. Chris, what time are you coming home?”

“You make sure you get your homework done, okay? I don’t want you playing computer games all night or whatever it is that takes up all your time.”

“Is Claire’s mother going to be there?” she asked.

Claire is the only child of a divorced mother, which worries my parents for reasons I could not begin to imagine. I think they assume that Claire and I spend every spare moment we’re alone at her house having sex and smoking pot while selling illegal weapons to Middle Eastern terrorists via the Internet.

“Yeah,” I told her, though it was a lie. Claire’s mom usually got home around six or seven at night. “She gets home around five.” When I said it, my stomach tightened. So much of my life was a
lie,
I hated to add to that pile of deception.