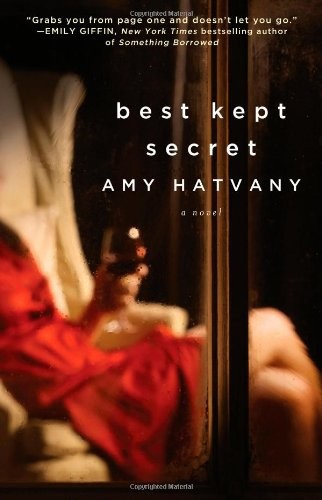 Cadence didn’t sit down one night and decide that downing two bottles of wine was a brilliant idea.

H
ER DRINKING SNUCK UP ON HER—AS A WAY TO
sleep, to help her relax after a long day, to relieve some of the stress of the painful divorce that’s left her struggling to make ends meet with her five-year-old son, Charlie.

It wasn’t always like this. Just a few years ago, Cadence seemed to have it all—a successful husband, an adorable son, and a promising career as a freelance journalist. But with the demise of her marriage, her carefully constructed life begins to spiral out of control. Suddenly she is all alone, trying to juggle the demands of work and motherhood.

Logically, Cadence knows that she is drinking too much, and every day begins with renewed promises to herself that she will stop. But within a few hours, driven by something she doesn’t understand, she is reaching for the bottle—even when it means not playing with her son because she is too tired, or dropping him off at preschool late, again. And even when one calamitous night it means leaving him alone to pick up more wine at the grocery store. It’s only when her ex-husband shows up at her door to take Charlie away that Cadence realizes her best kept secret has been discovered. . . .

Heartbreaking, haunting, and ultimately life-affirming,
Best Kept Secret
is more than just the story of Cadence—it’s a story of how the secrets we hold closest are the ones that can tear us apart.

The Language of Sisters

The Kind of Love That Saves You 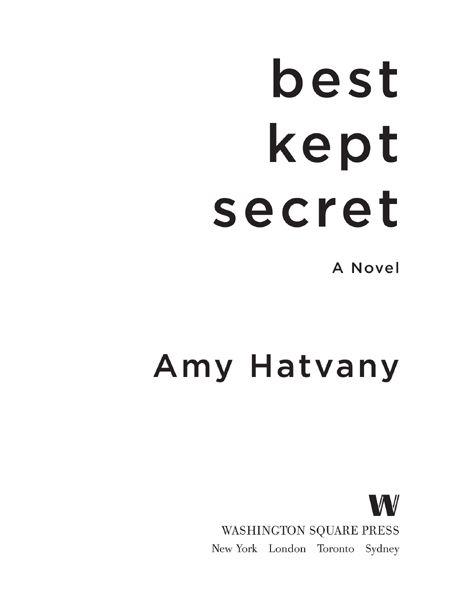 All rights reserved, including the right to reproduce this book or portions thereof in any form whatsoever. For information address Atria Subsidiary Rights Department, 1230 Avenue of the Americas, New York, NY 10020.

For Scarlett and Miles

Ring the bells that still can ring
Forget your perfect offering
There is a crack in everything
That’s how the light gets in. . . .

B
eing drunk in front
of your child is right up there on the Big Bad No-no List of Motherhood. I knew what I was doing was wrong. I knew it with every glass, every swallow, every empty bottle thrown into the recycle bin. I hated drinking. I hated it . . . and I couldn’t stop. The anesthetic effect of alcohol ran thick in my blood; the Great Barrier Reef built between me and my feelings. I watched myself do it in an out-of-body experience:
Oh, isn’t this interesting? Look at me, the sloppy drunk.
It snuck up on me, every time. It took me by surprise.

I tried to stop. Of course I tried. I went a day, maybe two, before the urge burned strong enough, it rose in my throat like a gnarled hand reaching for a drink. My body ached. My brain sloshed against the inside of my skull. The more I loathed drinking, the more I needed it to find that sweet spot between awareness and agony. Even now, even though it has been sixty-four days since I have taken a drink, the shame clings to me. It sickens my senses worse than any hangover I’ve ever suffered.

It’s early April, and I drive down a street lined with tall, sturdy maples. Gauzelike clouds stretch across the icy blue sky. A few earnest men stand in front of their houses appraising the state of their lawns. My own yard went to hell while I was away and I have not found time nor inclination to be its savior.

Any other day I would have found this morning beautiful. Any
other day I might have stopped to stare at the sky, to enjoy the fragile warmth of the sun on my skin. Today is not any other day. Today marks two months and four days since I have seen my son. Each corner I turn takes me closer and closer to picking him up from his grandmother’s house. For now, it was decided this arrangement was better than my coming face-to-face with Martin, his father.

“Think of how many times you were drunk around Charlie,” she said. “There’s reason for concern.”

I sat a moment, contemplating this dangerous little bomb, vacillating between an attempt to absorb the truth behind her words and the desire to find a way to hide from it. I kept my eyes on the floor, too afraid of what I’d see if I looked into hers. Two weeks in the psych ward rendered me incapable of pulling off my usually dazzling impersonation of a happy, successful, single mother. Andi knew I was drunk in front of Charlie every day for over a year. She’d heard me describe the misery etched across my child’s face each time I pulled the cork on yet another bottle of wine. She knew the damage I’d done.

Finally, I managed to look up at her round, pretty face. For the most part, I like Andi, except when she suggests I might be wrong about something. In the two months I have known her, this has happened more often than I’d like.

She met my gaze and smiled softly. I didn’t respond, so she spoke again. “Try to think about it as what’s best for Charlie.”

“Isn’t it best for Charlie to see his parents get along?” I asked. I’ve read enough advice books on how divorced parents should act in front of their children to feel pretty confident I was right about this one. I longed to stand before Martin and put on the face that said everything was okay. I wanted to prove to him that whatever darkness had reared its ugly head inside me had subsided; I had it back under control.

“Yes, seeing you getting along would be best,” Andi conceded. “But it’s not realistic. Martin just filed to take custody away from you. Your emotions are running insanely high. Even with the best intentions it would be hard not to confront him.”

“I don’t want to confront Martin,” I said. “I just want to talk to him. Explain that I’m better. That I’m getting help with this . . . problem.”

“Pleading your case is just going to stir up a bunch of negativity. Charlie is five years old. Even if you manage to restrain yourself from fighting, he’s smart enough to pick up on facial expressions and the tone of your voices. You don’t want to upset him.”

“I could fake it,” I said. I knew it wouldn’t take much. When we were married, Martin and I fought and then went to bed with an invisible force field between us. In the morning, I gave him a smile, a kiss, and then made a pot of coffee and his lunch. Shape-shifting into what made Martin happy was something I already knew how to do.

Andi looked at me with her gentle, tigerlike topaz eyes. “Have you considered that maybe ‘faking it’ is what got you here?”

I was eight months pregnant when Martin and I decided I would leave my reporting job at the Seattle
Herald.
I’m not sure where I got the idea that working from home while taking care of an infant would be easy; I guess I thought freelance writing would grant me flexibility and plenty of free time to be with my son. Of course, after spending three years juggling the incessant demands of both self-employment and motherhood, I realized there was nothing easy about it. There was one person in charge of my day, and his name was Charlie.

“Mama!” he said, jumping on my bed one morning in May, a few months before he turned four. “Time to wake up!”

I groaned, rolled over beneath the covers, and peeked at the clock. Six o’clock on a Sunday.
Oh, sweet Jesus.
“Charlie, honey, can you go back to bed? It’s too early.”

“No, it’s not!” He bounced on the mattress, jarring my throbbing head. Finishing off that bottle of merlot had been a bad idea. Since Martin moved out the previous November, my usual limit was one glass, maybe two a night, and then it was only to help me sleep. But then the night before, with Charlie already down for the count, I figured it wouldn’t hurt to enjoy another glass while I worked. When the contents of my cup grew low, I splashed in a little more to top it off. Before I knew it, there was none left to pour.

Now, I propped myself up on my elbows and looked at my son through scratchy, dry eyes. He was starting to lose his babyish looks—his dark, wispy curls were mussed, his cheeks were pink, and his ears stuck out from his head like a chimpanzee’s. My little monkey.

“Do you want to cuddle with me for a while?” I asked, hoping he’d take the bait.

Under the Loving Care of the Fatherly Leader: North Korea and the Kim Dynasty by Bradley K. Martin
Summer Rose by Elizabeth Sinclair
Secret Shared: A S.E.C.R.E.T. Novel by Adeline, L. Marie
Talking to Dragons by Patricia C. Wrede
The Perfect Match by Susan May Warren
Divided (Unguarded #2) by Ivy Stone
A Father's Fight: Blake and Layla #2 (Fighting #5) by Jb Salsbury
Until We Meet Again by Margaret Thornton
A Grief Observed by C. S. Lewis
This Perfect Kiss by Melody Thomas