Read Between the Waters (Symphony of Light) Online

Between the Waters (Symphony of Light) 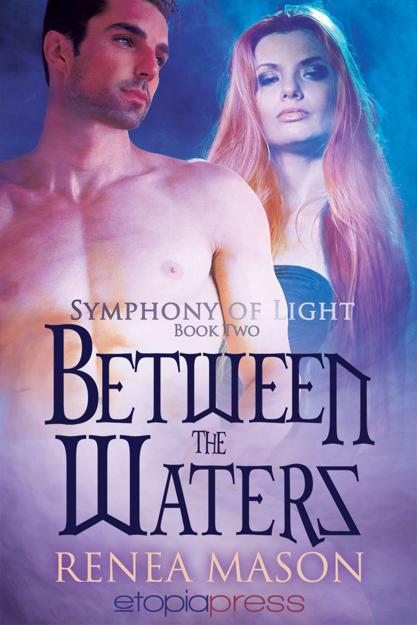 ~ Look for these titles from Renea Mason ~

“A supporting cast of hunky and hilarious friends, as well as enemies keeps this story from being simply a love story, and into  more of mystery.
A Symphony of Light and Winter
is a great read! I definitely recommend it.”

“
Symphony of Light and Winter
had suspense, action, romance, an abundance of steam (adults only!), and lots of attitude. It will grab your attention right away and keep it until the end. There will be no setting this one aside. Not a chance!”

“Very well written with intense character interaction, attitude and the growing heat of romance, Ms. Mason has proven she can write with a magnetic pull that will grip your imagination and hold you prisoner until that very last page!”

“Holy Sexy Whirlwind!! From the beginning I was sucked in and didn’t come up once for air! Honestly, there are some many amazing things about this book I can’t even find a good place to start.”

“Renea Mason’s book has everything you could want- a unique world, a panty dropping alpha male, a gripping plot and seamless writing that would never let on this was her first novel. I’ll admit, I had her confused with another author and jumped to read the book. It wasn’t until I was done and realized how much better this book was that I realized I had the wrong author! Woohoo for accidents!”

“If you love Alexandra Ivy, Lara Adrian, Sherrilyn Kenyon, Lynsay Sands, Laura Wright, and all those other amazing paranormal authors that I absolutely love with all my heart…then you will LOVE Renea Mason and her brand new
Symphony of Light
Series.”

“There are a lot of secrets, romance, violence and mystery. Linden and Cyril are wonderful characters you can’t help but love. This is not your typical paranormal book. There are times as you get to know Cyril more, you come close to tears… I recommend this book and hope that the next in the series comes out soon.”

~ Look for these titles from Renea Mason ~

The
Symphony of Light
Series

Symphony of Light and Winter (Book One)

Between the Waters (Book Two)

Symphony of Light and Winter

This book is dedicated to my wonderful boys.

“Linden…take your clothes off.”
Cyril’s voice, low and commanding, laced tendrils of seduction through my mind. Even without his six feet five inches of supernatural perfection looming, he had control.

“Absolutely not. You’re not talking me into that again.”
A world away, he still commanded my body. My stomach filled with warmth, and hairs raised on my arms with the cadence and tone in my mind.
Damn it.

“How was I to know the man would be walking his dog so late? If your inferior senses had detected his presence, you could have hidden instead of running naked through the streets.”
He snickered.
“Look at it this way…you were lighter without clothes, and Michael’s power infusion gave you the ability to outrun the beast. Important knowledge, even if your hearing sucks.”

Ever since the accident, which left Cyril in another plane of existence, tormenting me remained his main form of entertainment. He took great pleasure in my uncertainty. Being separated from his body left him with metaphorical idle hands, and my brain the only thing within reach. He blamed his actions on not knowing which abilities I inherited when I destroyed Michael—my short-lived husband and all-around supernatural nuisance. The moment I plunged the knife into Michael’s back, something in me changed. Beyond the branching pattern of raised skin covering my back, the experience also altered my soul, but how was unclear. With Cyril as my guide, I never knew if I’d end up the victor or the prey.

“My hearing is fine. Besides, I couldn’t hear around all the bullshit you were spewing in my head.” I crossed my arms, still not quite comfortable speaking to him out loud. A delay occurred between my thoughts and his access to them. His interpretation of them was accurate about sixty percent of the time. Verbal communication allowed for instant understanding, when it worked.

“You’re not questioning me, are you? Do you want to learn or not?”
The huskiness surrounding his words accented power and his centuries of experience. Since he was at my mercy until he once again inhabited his body, desperation for control led him to push boundaries.

As much as I hated to admit it, I needed him too, but letting him know was not an option. He was cocky enough. Another ounce of ego would make him unbearable.

“Mr. Aristin, do not think for one moment you are going to manipulate me. There needs to be trust.”

“I couldn’t agree more. Had you trusted me, we wouldn’t be in this mess.”
He sighed and in a soft tone wrapped with demand said,
“Now take your clothes off.”

“Can’t I just stick to releasing souls? That was easy, and I could leave my pants on.”

Cyril had let me know that he was not sure why, but the mixture of his blood in my veins and my proximity to Michael’s destruction gave me the ability to release souls. He had said that mankind should be damn thankful I was there to take his place as the gateway to the afterlife. Freeing their souls for the journey to heaven or hell saved them from an eternity in purgatory. But apparently that was only part of it.

“As long as you don’t start calling me Grim.” Maybe it wasn’t fair to forbid the nickname I bestowed upon him for his role as the soul deliverer, but I was beyond worrying about his sensitivities.

“I have far better names for you. Would you like to hear how you inspired them?”

“Magic is more than an ability. It’s a skill. Surely our previous lessons have taught you that. Channeling the energy takes practice.”

“But you say it’s equal parts will and magic. Some situations require an influence and focus—spell component and chant. Like how you told me you created your family with the souls of three men, your blood, magic, and focused will. What does any of that have to do with getting naked?”

He growled.
“Stop talking and do it. Trust me.”
His use of trust as a trump card to win arguments was getting old.

I inhaled the crisp night air as the moon shone bright in the night sky, outlining everything in a strange, opaque aura. Its shadows appeared astral. It was almost midnight, and the night was cold. I looked behind me to make sure I was alone. Cyril’s lessons had brought us back to the cemetery where we originally met. The energy resulting from the intersection of two powerful ley lines would make it easier for me to learn. I moved my hands to the zipper on my coat.