Read Bewitched and Beyond: The Fan Who Came to Dinner Online

Bewitched and Beyond: The Fan Who Came to Dinner 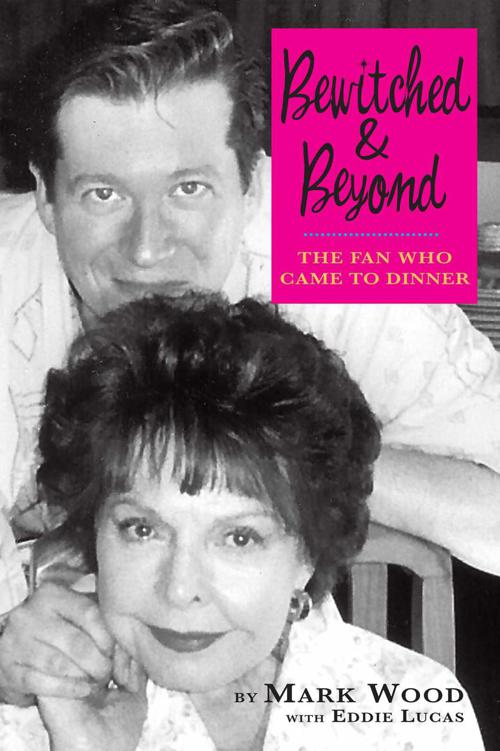 Bewitched and Beyond: The Fan Who Came To Dinner

No part of this book may be reproduced in any form or by any means, electronic, mechanical, digital, photocopying or recording, except for the inclusion in a review, without permission in writing from the publisher.

This version of the book may be slightly abridged from the print version.

Published in the USA by:

How I Became “Bewitched”

The Year That Changed My Life

From Peyton Place to Westport

So, On to Westport

A Precursor of Things to Come

Son of a Witch

Witches in Clouds, Monsters in Trees; Happy Times with Mark and KR

I Went to the Circus with Gladys Kravitz

An Adventure in Ventura

Recipe for a Cookbook

The Ides of March

America Gets a Step-Dad: The Second Darrin

Bad Blood on the Set

The Glorious Gals of M-G-M

A Decade with Kasey

Wrapping Up The Years 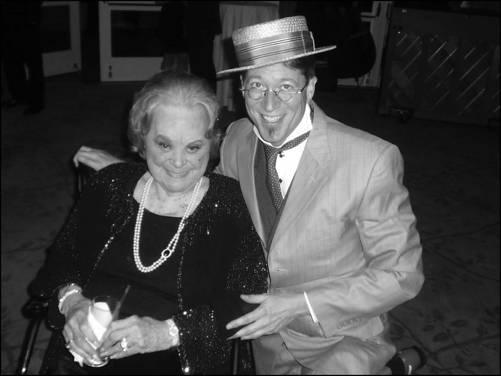 I first met Kasey sometime in the mid 50’s. I had hired her then husband, Bud Lewis, as my publicist. I must admit, I don’t recall much about that. Flash forward 40 years when, out-of-the-blue, I got a call from Kasey.

It seems she and her new friend, Mark, had had some success with a cookbook about Bewitched and wondered if I would like to do one based on my character of Sally Rogers from the “Dick Van Dyke Show.” It sounded fun so we met at a local coffee shop in the famed Sportsman’s Lodge hotel.

I must admit, I don’t recall much about that either.

Now, let me set you straight, the ol’ memory is working just fine… it’s just that not much came of both of those moments. Ha! Oh well, such is the Creative World we live in. Luckily we didn’t let another 40 years go by and I was later

involved in their projects “Son of A Witch” and its more copyrighted version, “Bewitched… Again” (in that one as Sally, believe it or not. Mark decided that it would be fun if McMann and Tate hired comedy writer Sally Rogers as their new copy writer)!

Again… not much came of that but we can blame the “powers that be” in Hollywood for not knowing a great idea when slapped across the face with it!!

When Kasey got sick Mark needed to earn some extra money as he had quit all his jobs to help her and I needed some help around the house.

Boy, did I create a monster… can’t get rid of him! Lord knows I have tried. But, then again, I began to realize I felt my best when I was with him. God love him, he has gotten me to some of the best doctors, takes me grocery shopping and fusses at me every time I eat something unhealthy… which, OK, OK, is most of the time, but don’t tell him! He’ll just fuss louder… what a whiner.

And for that matter so does my daughter, “Noopy.”

Go ahead, read his book. You won’t find a better one about all of us and his time with Kasey. And for the record, Mark, honey, we all are bewitched… 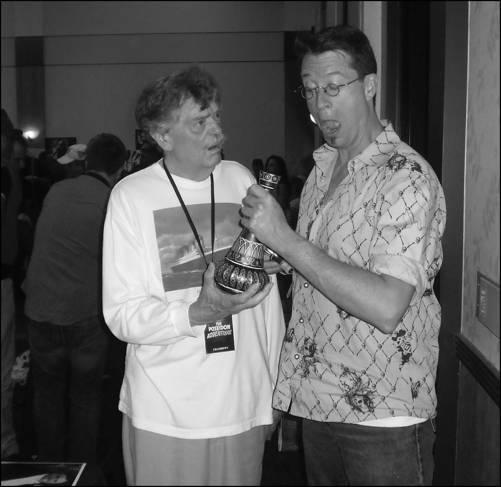 Kasey and I never worked together on “Bewitched.” Now, that is not to say we didn’t share an episode together. We just never met. I believe she had magically turned into Samantha and I had to figure out how to turn her back. I have to agree with many of the fans that it would have been a better episode if the two actresses had actually changed parts for the spell to look more effective! Perhaps I had better luck with Macedonian Do-Do birds!

It wasn’t until her friend, Mark, arrived on the scene that we actually met. But the oddest thing about that reunion is the realization between Kasey and my lovely wife, Jacque, that they had known each other for years and years. I believe Mark tells about that somewhere amongst these pages so I won’t ruin the tale here!

Through the years we all grew very close, dinners here, dinners out (that Mark sure can eat!) Kasey, poor love, used to go with us during one of her several bouts with cancer and drink only a nutritional drink… but she never complained and we always had a lovely time.

In May of 2006 my youngest daughter, Valerie, passed away quite unexpectedly. Kasey was very ill at the time and we didn’t know that she would be gone from us as well just a month later. But what a trooper, she brought us a lovely garden statute of St. Francis and was even able to attend the funeral.

Through the years, I’ve been told by a lot of people that my story is pretty unusual, and I guess I’d have to agree.

True, not just anyone can say that they met someone who starred in their favorite TV sitcom, fell in love with them, moved in together, and became an integral part of their life for the next fifteen years.

As fate would have it, I happen to be one of those minuscule few, and every day I thank my lucky stars!

People have been urging me for years to share these magical moments from our rather unconventional love story. So here they are — complete with all the fun, adventure, laughter, sadness, and heartache.

I hope you enjoy our special memories in
Bewitched and Beyond: The Fan Who Came to Dinner.

It was hot and sunny. Then again, when is it not in L.A.?

I was extremely exhausted and overwhelmed by every negative emotion known to man: fear, anger, stress, and unbelievable sadness.

SueAne Langdon was driving me through the streets of Hidden Hills desperately trying to distract me, by pointing out homes of the famous.

I had been too tired to even attempt to drive to the hospital that morning, so Sue offered to take me that afternoon. Not long after we were on our way, I received
the
dreaded phone call.

Kasey was gone. This wonderful woman, known to the world as Louise Tate, the boss’ wife on
Bewitched,
had lain in intensive care for six long days. I had talked to her, sung to her (“Beautiful Dreamer”), held her hand, and told her that whatever needed to happen was okay. Twice she had “reacted” to me by fighting to awaken. No one else had been lucky enough to experience that.

SueAne turned around and drove us back to her house. I collapsed on her day bed — the same day bed that Kasey and I had helped choose a new fabric for only a year or so earlier. The same day bed that Kasey sat on only six months prior, during her 80th birthday party, and taken the most wonderful photo alongside
Bewitched
alumni Bernard Fox and William Asher doing the “hear no evil, see no evil, say no evil” pose.

Lying there in a state of numbness, I found it hard to believe that Kasey was really gone.

Thank God for SueAne. She was there to help me through one of the saddest days of my life.

Rx Missing (Decorah Security Series, Book #10): A Paranormal Romantic Suspense Novel by York, Rebecca
Stepdog by Nicole Galland
Senior Advisor to the Boss: Billionaire Obsession Dark Romance (Managing the Bosses Series Book 9) by Lexy Timms
The Unlucky Lottery by Hakan Nesser
Courting the Doctor's Daughter by Janet Dean
Antony by Bethany-Kris
A City Called July by Howard Engel
Everything He Promises by Thalia Frost
If It Flies by LA Witt Aleksandr Voinov
So This Is Love by Barbara Freethy