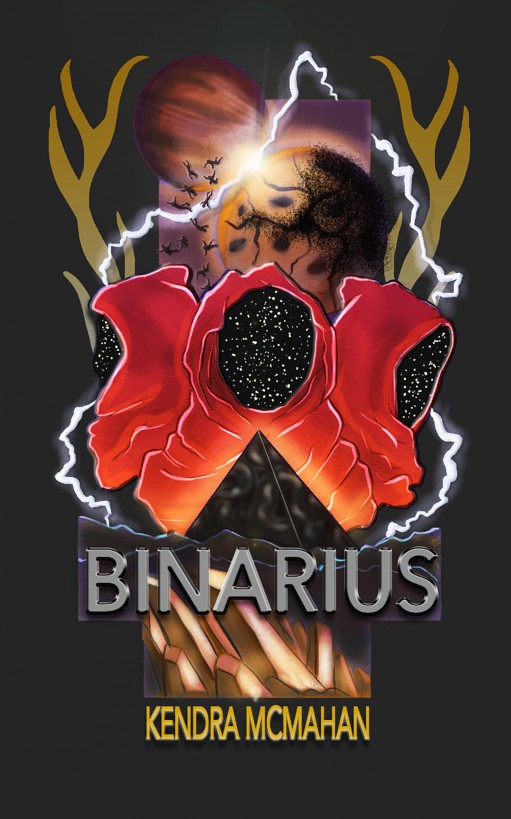 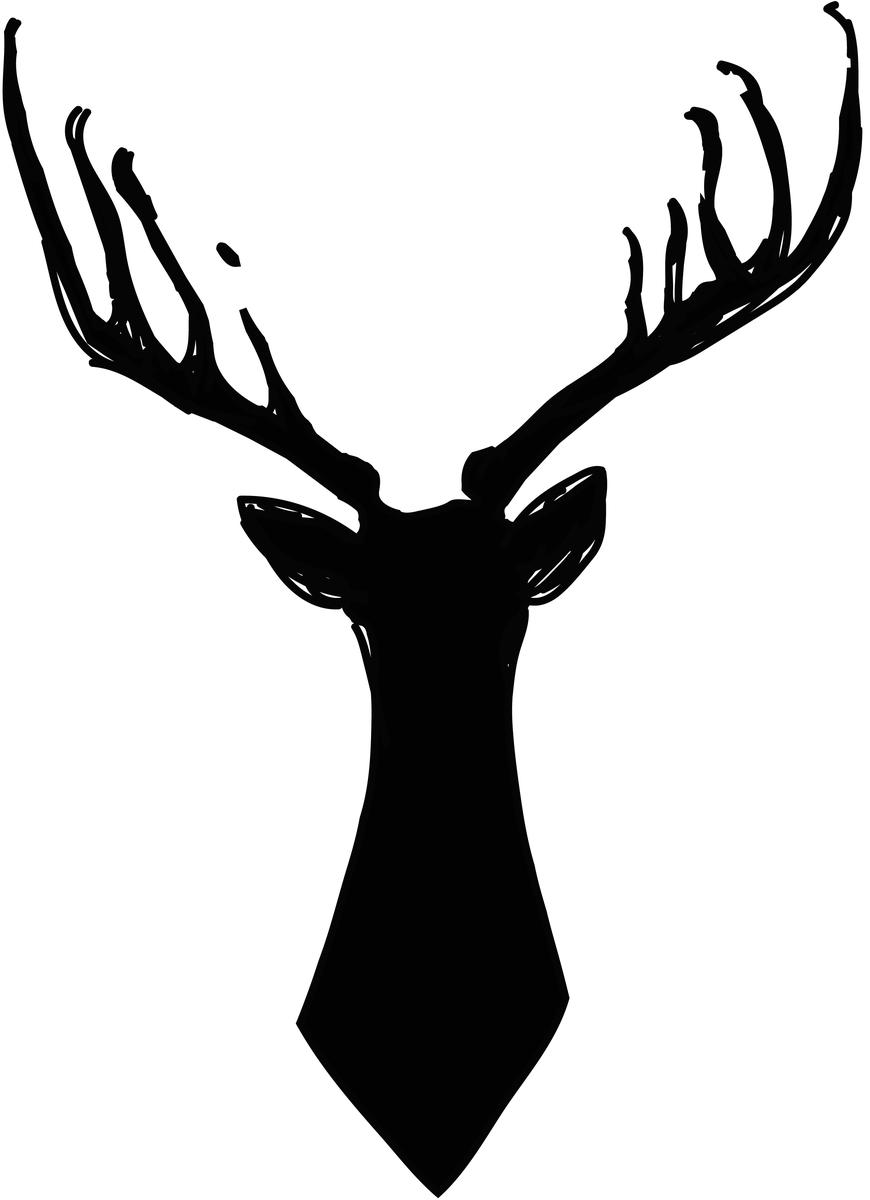 All
rights reserved. No part of this book may be reproduced in any form
by any electronic or mechanical means including photocopying,
recording, or information storage and retrieval without permission
in writing from the author.

“Kendra
McMahan eases readers into a unique and well-developed world where
darkness, as a concept, seizes our fear and hatred, rendering us
trapped by our own shadows. The vocabulary of McMahan’s world is
impeccable - not the disjointed jamming together of apostrophes and
consonants that make fantasy, sometimes, difficult to read. She
provides us with a strong willed narrator up against the physical
manifestations of an idea, and draws us in with wonder as she
describes the universe her protagonist, Firrine,
inhabits.”

“
It was a a short, fantastic read
that left me craving more!

I’ll tell you what this book does
not have.

-- Tons of action. It has actiony
scenes, but it is not really an action book. This is not a bad
thing.

--Romance. It doesn’t have a lot of
romance primarily because the romance that was originally there has
turned sour.

--Cliché plot. In no way is this
book cliché. It is unique from the names to the story.

--Stupid lines. This book is filled
with excellent vocabulary and interesting sentences.

Now that you know what the book
doesn’t have, I’ll tell you what it does.

--A very likable main character.
The main character is kind, brave, and easy to relate to. She cares
so much about what is around her and is willing to fight for
it.

--An intriguing plot. This book is
about a young woman’s Queendom being threatened by a dark force, a
force that is like no other. It’s the darkest of the darkness. The
main character sets off to try and save her home and her people.
This is the set up for the main journey.

--Characters you’ll love and
charters you’ll hate. There are characters that you’ll become
connected to , ones that you root for, and others you hope die
soon.”

This book is full of greatness in
my opinion. The characters you meet are people you will most likely
have an immediate opinion on. The plot is interesting and
intriguing. It has a nice, steady flow to it.”

“
The author delivers this story
with such a passion, as if it were her own. You cannot help but
feel compassion for the heroine and severe dislike for her
oppressors. It’s lovely to read a book that puts importance on
greater causes like preservation, home, hearth, family and survival
as opposed to on something like fickle relationships. It is nice to
see that this author is continuing the growing trend of strong
women with strong minds. I thoroughly enjoyed this book and am
excited to see how the story evolves. I would definitely recommend
this as a read!”

“
Binarius is an inspirational and
captivating book that wisp the reader off into an enchanted world
that is plagued with a dying sickness. Its composed with colorful
and dark characters that will keep you on the edge of your seat and
wanting more at ever turn of the page. I couldn’t put the book down
and found myself reading it at every waking/craving hour! A
symphony of elegant words flow like poetry with every new chapter
as it takes your breath away...it’s phenomenal!Firinne the main
character, takes you on a journey unlike any other on the world of
Fia, and when you think you know the story you’re plunged into a
roller coaster ride that flips you upside down with never ending
excitement! I highly recommend this book for anyone who is looking
for something new and refreshing. It hits the mark on ever level
and will have you screaming at the top of your lungs for
more!”

“
Anyone who has stepped into other
dystopian world’s of the YA nature know how tricky life can get for
these young heroes. Or in this case, our heroine, Firinne, young
and naive, but full of hope.There are many underlying issues in
this book, and in order to avoid any spoilers I’ll refrain from
bringing them up in this review.However, this author did an amazing
job in getting me hooked to Fia and hearing the story of The
Blacken. While the cliffhanger was brutal, it’s a promise that
something is just around the corner for this noble girl fighting to
save more than just her own life.A must read if you fancy Rowling,
Riggs, or even Collins.”

“
The series (so far?) is
imaginative and compelling, truly original. But it’s not so far
‘out there’ as to be un-relatable. The intelligent reader will see
that it’s not so much of a leap from things as they are now in the
world to things as they WILL BE if we don’t wake up. This is
written for the current generation, the generation that must take
on the big issues: Capitalism, Indigenous Peoples’ rights, and
environmental degradation.

Oh, and any sensitive reader will
fall in love with the characters. They are multi-layered and
multi-dimensional in their strengths and their flaws.”

“
BINARIUS is just magnificent!!
This magical journey continues with winding paths, questions
answered and more questions asked. It’s a spiral through every
emotion possible, Firinne’s emotions as well as your own. The
mental imagery is fantastic! What a wonderful tale, a wicked
journey and a courageous girl!! Sequel?? I’m ready for
you!!!”

Corruption; for without the dark,
we could never see the light.

To all of the victims,
perpetrators, and the all-in-ones, for without whom I would have
never been able to proficiently write about illusion, addiction,
love, loss, deceit, betrayal, and torment; even of the
self.

More importantly, this is dedicated
to my daughter. Without you, I would still be a

victim, and a traitor to
myself.

“
Whoever
fights monsters should see to it that

in the process he does not become a
monster.

And if you gaze long enough into an
abyss,

the abyss will gaze back
into

She could
feel the breath of the forest on her cheeks — the breath of a
ghost, perhaps not even from this dimension. She felt weightless as
she regained possession of her limbs, realizing quite instantly,
that the tips of her toes were numb. Every subtle move that she
made rustled the pine needles beneath her, and those sounds were
like whispers through the forest, on a seemingly endless journey of
resonance.

Get up. Keep going,
she said to herself. Although, at this moment,
she was thinking how blissful it would be if everything ended here.
Her heart’s exhaustion was a cruel puppeteer to her imagination —
portraying an existence of peace amongst foreign stars.

In the chaos and confusion, she had
lost track of the sunsets. After escaping the intricacy of the
underground tunnels, all of the days seemed to poison into each
other, so much so, that she felt decades older. She was doing well
following the rivers and keeping out of sight. Dry wood was easy to
come by, and on the few nights that she risked exposing herself in
the darkness, she found that her spectralin had weakened. After
numerous attempts, she was left feeling both drained and
defeated.

Gathering the few things she had,
she faced the rising light and began the new day — whichever day it
was. The Hums chirped above her in the trees, and although she
should feel grateful for their company, there remained only sadness
in her heart. This of course only made the Hums try harder to lift
her spirits.

Once, while she was walking, a
little one, probably only a season old, sat down on her shoulder,
chirping briskly in her ear. The corner of her mouth angled up a
bit, which surprised her because her lips were so tightly pursed
together. The Hum felt it would suffice, and met with his family on
the next branch, a couple of paces up the path.

The rye in her satchel was almost
gone, and her energy was suffering. The food she had managed to
take was the tainted food, which was distributed across the lands
of Fia by the Desideriums. At first, the villagers were grateful
for the food that was gifted, until it was realized that the food
had been modified, and all of the spectralin had been removed —
leaving only the most basic nutrients needed to survive, none of
which really fed them.

The Desideriums (they had realized
over the course of a few centuries) had plotted this kind of food
distribution in an attempt to keep the people of Fia, weak of
spectral power. This then, of course, led to the beginnings of The
Ascension - which was only still thriving in vastly scattered
communities on Fia.

The next kingdom couldn’t be more
than a day away or so she hoped. She was afraid. Nevertheless, she
forced herself to listen to the forest when it spoke to her. They
were connected; she knew, the forest knew, and it would always send
her some sort of message. Sometimes, it would be a branch falling
with its tip pointing towards the direction of her intention. Other
times, it would be a little Hum, who would fly in a different
direction than its flock. The forest led the way.

All of the walking gave her too
much time for reflection. All of it weighed her down like she had
been bound with a string of rocks, and tossed into a raging river —
water gushing down her throat — she alone was immortal. Firinne
blamed herself. If only she had allowed herself to see them for
what they truly were. Her expectations of others, and the longing
to believe there was good in people — made the falsehoods that were
right in front of her face become invisible. The fault was her own
— she had chosen this ignorance.

She thought back to a story her
mother had told her about how she was named. Her mother said that
her name came from an ancient time, long ago, before The Blacken,
from the language of her ancestors. While her mother was with
child, the spectral essence of the baby’s soul, her soul, spoke to
her. It told her what the child must be named — Firinne meant
truth, and she thought it was ironic because the truth was the one
thing she had not seen or had refused to see — whichever was the
case.