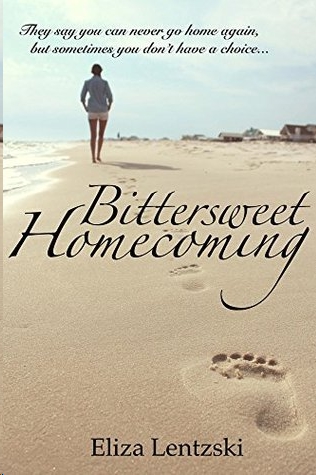 This is a work of fiction. All names, characters, places, and incidents are the products of the author’s imagination or are used fictitiously. Any resemblance to events, locales, or real persons, living or dead, other than those in the public domain, is entirely coincidental.

No part of this book may be reproduced, re-sold, or transmitted electronically or otherwise, without written permission from the author.

OTHER WORKS BY ELIZA LENTZSKI

Apophis: Love Story for the End of the World

Diary of a Human

Drained: The Lucid
(with Nica Curt)

I’ve been meaning to change my cell phone’s ringtone for a while now. Whenever it goes off in the middle of a meeting I’m embarrassed. First, because you’d think after it happening so many times that I’d remember to put it on silent. Second, because it’s some horrendous hip-hop song that’s so not me. Now, deep rattling bass that instead sounds reed thin coming through the tiny speakers on my cell phone, shakes me from my sleep.

The glowing numbers on my bedside alarm clock inform me that it’s just past 3:00 a.m. I can’t imagine who’d be calling me at this hour, but when I see the name blinking back at me on the screen of my cell phone, it feels like my heart has stopped dead in my chest. It’s 5:00 am in Minnesota. I instinctively know there will be no good news when I hit the answer button.

“Hello?” My voice is foreign to my ears, like there’s cotton shoved in the canals that distorts everything I hear.

“No, it’s fine,” I tell her. The voice is familiar, but the sound of her tears is not. I’m transported back to our childhood. She’s remained sixteen in my head, but I know she’s twenty-six or twenty-seven now. I haven’t seen much of her lately. Grown, graduated, married, no kids.

A slender arm moves to drape over my waist. “Baby, who is that?” Her lightly accented voice is garbled by sleep.

I put a finger up to my lips to keep her from saying anything else. Her usually unlined brow crinkles, but she obeys my wordless plea.

“Don’t worry about the time,” I say. I’m gripping the phone so tightly, I’m sure it’ll crack under the pressure. “What’s wrong?”

The voice on the line breaks. It shatters and falls apart. I can only make out every other word, which are punctuated by sharp sobs. But I understand just enough to confirm my suspicions.

Words of consolation get caught in my throat. “When’s the funeral?” I ask instead.

I pause and listen to the facts.

The woman next to me in bed looks startled by my words—probably because I’ve never said them to her, and she’s been my girlfriend for nearly half a year.

Without another word, I hang up and carefully return my phone to its normal location on my bedside table. My movements are slow and deliberate. I’m numb.

“What’s wrong? Who was that?” she asks me, suspicion creeping into her normally carefree tone.

“Oh no,” she laments with a deep sigh.

I pull myself out of bed, a full-sized mattress that takes up nearly all the floor space in my one-bedroom LA apartment. I turn on the lamp on my bedside table. The base is in the shape of Mickey Mouse and Disney characters are screen printed on the lampshade. I’ve had it since childhood.

I find a suitcase in my bedroom closet and begin throwing clothes into it. It’s summer in LA, a season I don’t think I’ll ever get used to, but back in my hometown the temperatures will just be getting over seventy degrees. I pack jeans and short-sleeved shirts and throw a bathing suit in there as an afterthought—not that it’s ever warm enough to swim in Lake Superior. Not that I think this trip will warrant a trip to the beach.

“The funeral’s tomorrow. I have to catch a flight to Minneapolis and rent a car.”

She chews on her lip and nods after a moment as if to say the math checks out. “Do you want me to come with?”

The question, whose answer should come so easily, makes me pause my disorganized packing. “To Minnesota?” It’s like she’s asking me if I want her to go to the moon with me.

I don’t look in her direction because I’m afraid of the hurt or the disappointment I might see on her pixie features.

I nod vigorously, still not making eye contact. I shove a handful of underwear into the suitcase, not bothering to count out the days I’ll be gone. Because I honestly don’t know—I’ve never had to do this before. What’s the proper amount of time to stay and grieve when your little sister has just lost the love of her life?

With the sunroof open, my long hair whips around my face. I know the wind is going to horribly tangle my already chaotic mane, but the slightly chilly breeze is refreshing. It’s too hot in southern California. Air conditioning leaves me feeling refrigerated and disconnected from the outside world, so being able to drive with the windows and sunroof open is a special treat.

It’s about a four-hour drive from the Minneapolis-St. Paul International Airport to my hometown. The trip takes me down a curvy, wooded county highway along the shoreline of Lake Superior, heavily traveled by semi-trucks and RV campers. I usually find the winding highway an adventure, but this is a sobering trip. I’m not on vacation; I’m going to say a final goodbye to the husband of my only sibling. Adam wasn’t even thirty yet—the innocent victim in a drunk-driving accident.

I haven’t seen Adam or my sister in at least ten years, minus their wedding a few years ago. I’d been the Maid of Honor, but I had no right to that job. Emily had friends in her life with whom she was infinitely closer, but my sister is a sucker for tradition and social etiquette, which means that I was the one in the pink dress giving the toast at her wedding reception.

Lost in thought, the drive goes by quickly and I find myself in my hometown: Grand Marais, Minnesota. Population just under 1500. It’s summer—tourist season—so I’m forced to drive at a snail’s pace through the heart of the tiny downtown district. The town has been untouched by time. Some of the storefronts look a little different—new coats of paint and updated signs—but for the most part it’s exactly as I remember. One side of the street is local businesses—T-shirt shops and ice cream parlors. The opposite side is an unobstructed view of Lake Superior. Before I was born, the city passed a zoning law that kept the lakeshore undeveloped. The city marina and a few grandfathered-in businesses dot the lakeside, but other than that, there’s nothing between you and the view of the lake.

I pass my dad’s store on Main Street. The hand-painted storefront sign is faded from age and sun exposure: Handyman Henry’s. He’s the town’s handyman and our last name is Henry. It’s not very original and a little on the corny side, but it gets the job done—kind of like my dad.

When my parents first got married, they lived in the apartment located above the shop. When they had me, they moved to the house where my dad still lives. The three-bedroom, one and a half bath, A-frame house is filled with memories, both good and bad. Most of my friends in Los Angeles can’t fathom having lived and grown up in the same house since birth to high school graduation, but that’s what small-town life is like.

Between the cross-country flight and the drive from the Twin Cities, it’s late in the evening by the time I reach the long driveway to my father’s house. The tires on my rental car crunch loose gravel, and the vehicle bumps in small grooves made by time and run-off water. The front porch light is on and a warm glow from other lights inside the house illuminates the walk from my car up the wooden deck and to the front door.

I still have a key and I’m sure my dad hasn’t had need to change the locks since I graduated high school, but I still knock anyway.

The door swings open, and my dad stands on the other side of the door. “Where’s Emily?” I ask. I drop my suitcase in the front foyer.

My dad looks tired. He looks thinner than I remember him being, too. His jeans are baggy and the red flannel shirt he wears is a size too big. The man frozen in my memory banks doesn’t look like this.

My dad frowns. “There’s no public viewing of the body.”

“The car accident.” My stomach sinks when the realization hits me. “Adam was . . .” I trail off.