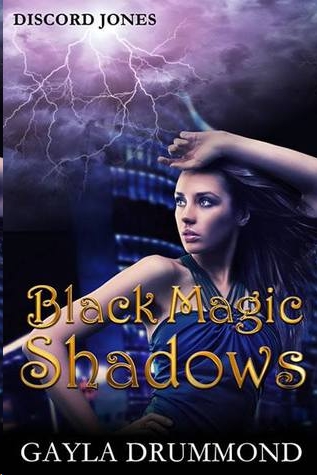 T
he day after Christmas, and no rest for the vampire-haunted. I resisted the urge to check my hair, uncomfortable with the scrutiny of our new client. Lady Celadine was an elf, a willowy blonde with piercing, grass-green eyes. Beautiful, check. Snooty? I was waiting for evidence. She had yet to respond to my "How may we help you?"

Mr. Whitehaven hadn't sent any information prior to the meeting, which was unusual. Dane had pulled a chair to the left end of my desk. My partner hadn't made his usual offer of coffee or another drink, either.

"Is there a problem?"

"I thought you'd be more attractive."

Boy, this was going to be fun.

"After all, the Prince seems quite taken with you," she said. "I can't think why."

My new delusion, lounging against the closed door, laughed. Snooty, check. "That makes two of us. Now, how can we help you?"

She frowned. "One of my belongings has been stolen. A mirror."

Okay. I could see the loss of a mirror being a huge issue for her. "Was it stolen from your sidhe?"

"Arrogant bitch," Merriven murmured, and I had to stop myself from agreeing with him. Agreeing with a delusion had to be one of the steps to complete insanity. I was trying not to go there, since I preferred jackets with normal-length sleeves.

"Where was this mirror stolen from?"

Lady Celadine lifted her chin and arched her perfect eyebrows. "Why are items typically in museums?"

Guess I'd walked into that one. "To be displayed for public viewing. That doesn't completely answer my question, though. Why was your particular mirror being displayed?"

"It wasn't yet on display."

Oh, good night. "We need information if we're going to find your mirror. What's special about it, that someone would steal it?"

"The museum was planning to display it as part of the Fairy Tales Come to Life collection. The mirror houses a spirit."

"Wait, I know this one: Snow White. Her evil queen stepmother had a magic mirror. Right?"

A faint sneer appeared on her face. "Human fairy tales."

I'd had just about enough of her. "Okay, we'll start working on it, and let you know when we have any progress to report."

Up went her chin again. If someone ever shared the truth with the elves that their noble features deteriorated to ridiculous when they looked down their noses, they'd probably quit doing it. I wasn't about to inform her.

"You're not at all the type of human woman I'd expect Thorandryll to find attractive."

As insults went, that was one I could shrug off. "I've thought the exact same thing." Rising from my chair, I smiled. "Dane will see you out."

Lady Celadine cast a disdainful glance at my partner. "I don't require the assistance of an animal."

With a series of sniffs, she stood and left, leaving my office door open. Merriven had disappeared before she'd reached it.

"Not liking the new client," I said once she'd left the building.

"That makes two of us." Dane rolled his eyes. "Elves."

"Yeah." I checked the time on my desktop monitor. Nearly noon. "I'm meeting Mom for lunch. What are we doing after?"

"Why are you asking me?"

"Because you're lead on this case."

Dane grinned. "Really?" When I nodded, he said, "Cool. Let's meet at the museum, check things out there. They probably have photos of the mirror, and maybe there's security footage."

He stood and moved the chair he’d been sitting on back into its usual spot in front of my desk, before saying, "Hey."

"Yeah?" I grabbed my purse and coat. All the snow had melted away, but it was still cold.

"Hunky dory." I was such a liar, but I didn't want to tell my friends I was worried I was going crazy. Instead, I planned to tell my mom, and see what she thought I should do to find out if I really was.

"Okay. Just wondering. You and Logan were getting cozy, then nothing since Solstice. You haven't even visited us, and we're like, right there. Neighbors."

Guilt sucked. "I know. I've got something I have to take care of. Nothing major." Just possibly losing my mind.

How had I gotten so damn lucky in the friends category? "I know. But I have to do this myself."

"Yep." I left my office ahead of him, nodding to Tabitha on my way out. I was liking our receptionist, who had a penchant for wearing faux, fuzzy animal ears via headbands. Once seated behind the wheel of my 280 ZX, I sighed. Being a psychic kind of sucked a lot at the moment.

"Oh, come now," Merriven said from the passenger seat. "You're young and powerful. The world is yours for the taking, lovely child."

"If I take over the world, will you go the hell away?"

The vampire smiled. "No. I have no plans to ever leave you for long."

Great. I buckled my seatbelt and started my car. Lana Del Ray's "Dark Paradise" softly moaned out of the speakers. I glared at the stereo. "I did not buy that song."

"You did, at my suggestion. It's glorious, and oh so appropriate for us, don't you think?"

"That's it. I'm not speaking to you anymore." My finger trembled as I punched stereo buttons to select a different song. Dad and Betty had given me a computer for Christmas, with a year's worth of Internet service. I'd spent the evening before buying MP3s for the memory stick currently plugged into the stereo's USB port. And I did not remember picking that song. Didn't even remember Merriven appearing in my home office while I was music shopping.

M
y mom was just leaving her car when I pulled into the parking lot of the café we'd agreed on. She waved and pointed to the front door, to let me know she'd wait inside.

I waved back and nodded, before finding a parking space.

"Shut up, fang face." He hadn't bitten mom while holding her hostage. Crap, I'd talked to him again. "Go away."

I left my car, shivering at a blast of cold wind that sent dust swirling across the parking lot, and went inside. Mom greeted me with a smile and a hug.

"Hi, Mom." My courage failed. I knew I needed to talk to someone, but maybe she wasn't the best choice after all. Merriven had terrorized her.

"It does." The gray clouds hiding the sun weren't helping anything, especially my mood. At least the café was brightly lit, and had an abundance of plants for decoration. We picked a table in a corner, where a couple of potted palm trees offered some privacy.

Once seated, she gave me an expectant look. "Out with it, young lady."

"You want advice. Right? About what? Maybe Logan? I like him. He's a nice man. A little older, but maybe that's what you ne..."

"I think I'm going crazy," I blurted, and her eyes widened as she slowly closed her mouth.

"Let's order, and then you can tell me why you think that."

Melting into my seat, I nodded. "Okay."

After we'd ordered—Mom went with pho, while I picked that and a small order of veggie sushi—s he scooted closer to the table and rested her arm on it, offering her hand. I took hold, careful not to squeeze too hard. Quietly, she said, "Tell me."

"I started seeing Ginger about a month ago. Not just in nightmares, but while I was awake."

"I don't know. Don't think so. I mean, no one else noticed her, and if it was her ghost, surely someone would have mentioned something." After all, my friends were mostly witches and supes.

Mom pursed her lips. "Is she here now?"

I shook my head. "I don't see her anymore. The last time I saw her while I was awake, she helped me. She looked normal then, wasn't a vampire. But I saw her in a dream after that, and not since then."

Her eyebrows drew together. "If you haven't seen her again, I don't understand why..."

"Someone else has taken her place." I took a breath. "Merriven."

"So is Ginger," I pointed out.

"Right, but," Mom sighed. "When did you begin seeing him?"

I waited to answer because our food was ready. After we had everything, I answered her question. "Solstice night. He walked out of the bonfire, after I tossed my wishes in." I scowled. "And he talks. Ginger didn't talk except in my dreams."

Mom pointed at my bowl of pho. "Eat before it gets cold."

Realizing she wanted time to think, I began collecting veggies and broth, and blew on the spoonful before tasting it.

"It was traumatic, what happened because of him," Mom eventually said. "It's not surprising you'd have nightmares about him."

"Seeing him when you're awake doesn't mean you're crazy, Cordi. There's a saying that crazy people don't know they're crazy."

My head tilted as I looked at her. "Are you seriously handing out clichés right now?"

She smiled. "People who see or hear things others don't..."

"Remember that thing? What was it?" I snapped my fingers. "Oh, yeah, the Melding. There are loads of people who do things others can't, Mom, including seeing and hearing things. Me, for example."

"I am really losing my touch with analogies."

She chuckled, but quickly sobered. "There has to be a reason you're seeing him, and it doesn't have to be related to your sanity. You've always felt guilty about Ginger. Having to face Merriven must've pushed it to the surface."