Blessed by a Demon’s Mark 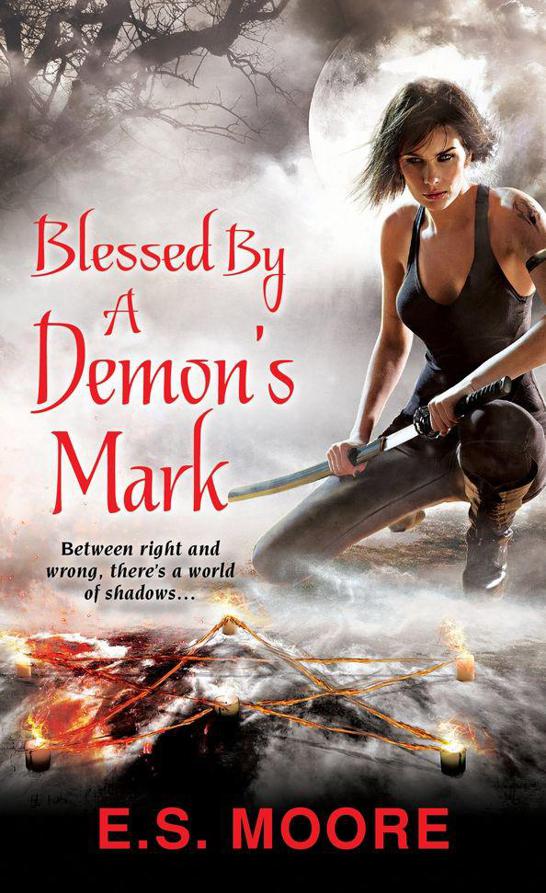 BLOOD BATTLE
I managed to avoid another attack from a curved blade and turned just in time to see one of the vamps who’d held back come charging in. I raised my hand to fire, but the vamp I dodged came at me and hit the top of the gun with the hilt of his blade, knocking it from my hand.
I didn’t have time to draw another weapon. I dropped low and swung my leg out, catching the vamp who’d knocked my gun free in the calves. He tried to catch his balance, but stepped on the dropped gun. The Glock shot out from under him and went flying under the van as the vamp fell hard, cracking his skull on the pavement.
The oncoming vamp howled as he leapt at me.
Rookie mistake.
I braced myself and settled my sword so the point would meet him on his downward arc. His eyes widened and he tried to twist in mid-air, but instead impaled himself on my sword. I jerked back in time so he wouldn’t slide all the way down, trapping the blade beneath him.
He fell to the ground, shuddering . . .
Books by E.S. Moore
TO WALK THE NIGHT
TAINTED NIGHT, TAINTED BLOOD
BLESSED BY A DEMON’S MARK
Published by Kensington Publishing Corporation
Blessed by a Demon’s Mark
E.S. MOORE