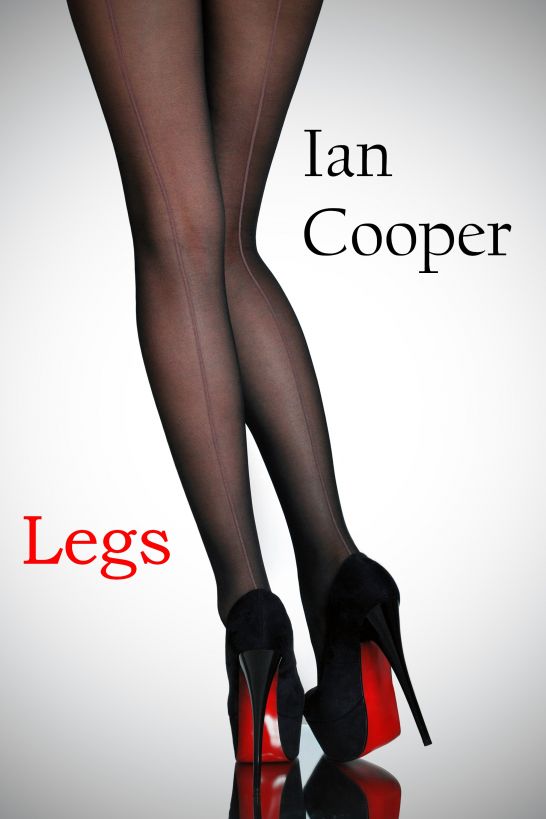 The following is a work of fiction. Any
resemblance to any person living or deceased, or to any places or
events, is purely coincidental. Names, places, settings, characters
and incidents are the product of the author’s imagination. The
author’s moral rights to the proceeds of this work have been
asserted.

Brandon wasn’t sure if there was a
question mark on the end of that or what.

Brandon Davison turned to see what
Slam was looking at.

Less assertive than Slam, he tried not
to stare. Unfortunately, it was kind of hard not to. The most
dazzling blue eyes swept past his gaze, taking in the
room.

The face turned away and that left
only…

Legs. And a jacket and not much
more.

Legs that started at the
ground, just as all legs did, but then they went up like a
beanstalk, all the way up to an ass that could only be described as
tight. Clad in sheer black stockings with the smallest of lines up
the back, a pair of legs that didn’t even seem to stop there, but
just kept on going, way up high. This mental image was reflected in
the slender arms, hands and wrists,
long
arms, and a neck that was
graceful, slim and very smooth-looking.

Brandon took another look. She towered
there, shoulders in, a natural tall-girl response, and he wondered
what she was thinking. She turned again and caught him looking,
like a deer frozen in the headlights. Brandon hurriedly looked
away, knowing he shouldn’t by the classic rules of the
game.

His heart was racing madly, but of
course this was why they came out in the first place, action,
excitement, escape.

Very tight, or
toight,
as Slam would say
in another drink or two.

A woman very seldom did that to him.
She looked different even for this place. It’s one reason why his
heart was never in it these days, no matter how Slam berated him or
tried to buck him up. The trouble was that he couldn’t convince
himself. No matter how badly he might want to. It’s like he knew
his role too well.

No, he was meant to
suffer.

To grin and bear it, for
fuck’s sakes.

Chic, European disco music
blared over the speakers at the Cock and Bull, a
hip
little alternative
bar where Facebook’s fifty different shades of gender option could
meet, mingle, and pick each other up, or put each other down,
whichever mood one might be in.

Up until now, that last
option had been the most often exercised by the two prowlers. When
in doubt,
snark.

It was good for a laugh if nothing
else, and the cheese-and-mushroom potato peels were cheap, filling
and good. The vodka was the same anywhere. The beer likewise, they
agreed.

Slam was always prowling, but Brandon
was just looking for somebody nice. That’s what he kept telling
himself, although performance anxiety might have played a role in
his remarkable lack of success to date. He could hardly live by
Slam’s example. He didn’t really want to, not even under the best
terms of reference as they called it. The guy would make love to a
potato sack if all else failed—Brandon wasn’t quite sure how he did
it, or what he told himself while he was doing it, but Slam had
made it with some remarkable dogs. Slam hadn’t caught rabies so far
but it was only a matter of time.

He’d never had the heart to tell him
that.

“
Well, there’s only one
thing I know for sure: I don’t stand much of a chance.” Guys and
girls were already eddying around the tall newcomer, slender,
willowy, and exhibiting a feminine grace that most
twinks
could only
envy.

Brandon knew he shouldn’t
put himself down, (or others) but there were times when the
loneliness and the ineffectualness of his efforts were more than he
could bear. He knew he shouldn’t have allowed himself to be dragged
along. God. Where the hell are you going to go? What the hell are
you going to do? It was always the same, first here, and then
there, and then maybe somewhere else, and then if all else failed,
they would grab a bite to eat, and he’d go home stone-cold sober,
lay sleepless all night, a hundred bucks poorer and suffer the
pangs of indigestion. When he woke up he’d have a headache, a sense
of self-loathing and not much else to show for it. He would have a
bad day at work, dragging his ass around, which was why it was
usually
Friday
these days.

If I’m not doing anything different,
nothing’s ever going to change.

Brandon turned away, savoring the
impression of a very short, black leather skirt, a long leather
jacket, kind of more faded, and what looked like size fourteen or
so black and red patent leather pumps, and a set of legs that beat
all. It was hard to tell if the person had breasts or not. They
were wearing a studded leather collar, which fair took his breath
away when he saw it.

But it was the shoes that were doing
it, he thought.

Nice feet. Fuck, even if that is a
guy.

Keep up the good work.

Yeah, and if all else fails, we can
put a flag over your head and do it for the Queen.

The pair of women (one for sure) were
given priority and a table was found for them…as it very well
should be.

He caught Slam’s eye for a
minute.

The person, looking excitingly bored
and androgynous as all hell, had medium-length purple-black hair,
all fluffed up like a psychedelic glass-fibre lamp, and makeup that
would have put Elvira, Mistress of the Dark, right to
shame.

Dangly black faience earrings did
nothing to contradict the illusion.

Slam took a big gulp, then another. He
set the glass down and waved at the bartender.

“
Wish me luck.” The guy
just looked at him in pure blank mode. “Play it again,
Sam.”

The bartender looked at a retreating
Slam.

I didn’t see that one
coming.

What the hell is wrong
with me these days?

He stared bitterly into the bottom of
another glass.

Good to watch, though.

Slam moved on in, slowly circuiting,
with a hand-shake here and a quick nod there, and Brandon sighed
and reached for his wallet. It was right out of the book,
though.

Oh, yeah. That’s
right.
I owe you one.
Slam had gotten lucky last Friday night, going home with a
forty-plus medical records transcriptionist with two teenage sons
and a very hard belly that turned out to be under restraint from
the finest stainless-steel and Kevlar girdle that money could buy,
at least to hear Slam tell it. In which case why do it? And yet he
always claimed to have done so. Said she loved sucking cock, too.
He wondered how much of it was true, but if his own loneliness was
anything to go by, it probably was true. He had this mental vision
of big floppy skin-sacks for breasts, wobbling all over that belly.
Some lady, pudgy and forlorn, perhaps glad enough to get
it.

The bartender finally acknowledged him
with a nod.

Leave it to Slam to be drinking the
most expensive thing on the list.

Stalingrad
vodka, and eighty proof at that. The worst brand
name ever.

Brandon turned to watch, sipping his
own light beer as the waistline tended to balloon in winter when he
wasn’t working as much.

Steve Richmond coloured slightly,
swallowed his disappointment as quickly as he could, and tried
again.

Those eyes froze in an
instant.

The tall person, he still
wasn’t entirely sure if it was a girl, even up close, towered over
him.
They
leaned
in, staring into his eyes. Steve couldn’t help but glance at the
chest area. He was looking for obvious bumps but that wouldn’t
prove a thing anyway, not in this crowd. She still had the jacket
on. He couldn’t really be sure. He preferred big breasts but in an
unusual case, whatever.

A strong finger poked him in the
sternum.

“
Still not getting
it?”

He turned and moseyed, with as much
grace as he could muster, back to where a grinning, and yet even
then, a kind of admiring Brandon waited.

Brandon tipped up his tall Pilsner
glass and drained it.

He thunked it on the bar and waved at
the bartender, who hadn’t actually arrived with Slam’s drink yet.
Maybe he’d get lucky, but more likely Slam would tell the fellow to
put it on Brandon’s tab.

Brandon chuckled. Yeah, and that was
about it with Slam. He’d keep on swinging, all right.

Slamster. The Slam-Meister. How many
names had the man made up for himself?

They weren’t the sort of names anyone
else would make up for him.

Nobody could ever say, but he kept on
doing it. Richmond looked over in pure speculative fashion. The
tall newcomer sat on a barstool, legs crossed and with those crazy
shoes, as if they needed high heels anyway. Those legs were really
something. The eyes were on him, and he looked away, uncomfortable
with the whole meat-market thing right about then. The shoes were
fascinating, he’d thought Goth was all shiny black paratroop boots,
but these had high heels, high ankles, and yet the toes were cut
away in a most suggestive fashion.

She was literally dressed like a
hooker, or maybe some kind of Halloween thing—Rocky Horror Picture
Show, he thought.

But that’s just insane. He wondered
what she might be like naked. It couldn’t be all bad.

He didn’t think he was a
fetishist, but one never knew. If all he could get was the
feet,
he might just give
in.

“
Why don’t you give it a
try?” Slam slapped him on the upper arm. “Go with the
moment.”

Another one right out of the training
manual.

“
Yeah, I can hardly spoil
it for the Slammer
now,
can I?” It sounded bitter and it was. “Aw, forget
it man, just get over it. He, she or
it,
just doesn’t like
you.”