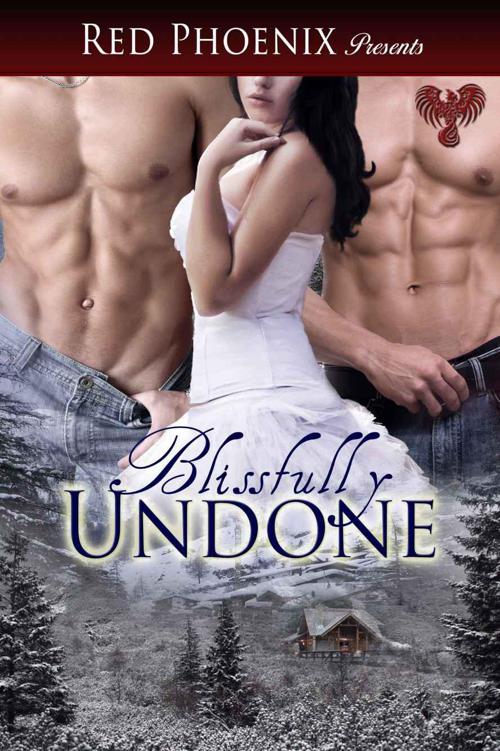 This book is a work of fiction and any resemblance to persons, living or dead, or places, events or locales is purely coincidental.

Disclaimer: The material in this book is for mature audiences only and contains graphic sexual content. It is intended only for those age 18 and older.

It Should Be Illegal

But the Cracks Begin

Jenny grabbed her luggage and threw it in Dan’s car, her hair whipping crazily from a sudden blast of chilling wind. “So where is Kelly? I thought she was going to help us get the cabin ready.”

Dan smiled uneasily. “Well, you know Kelly. Said she was running late and would meet us up there.”

She snorted in disgust as she got into his car. “I don’t know how you put up with that woman.” Although Kelly was her best friend, Jenny resented how she always seemed to ‘run late’ when work needed to be done.

“So where is Ryan?” Dan asked with a smirk, as he drove them to the discount supermarket.

“Oh, Mr. Workaholic had just one more meeting. So you know what that means…”

“Yep, we get to run all the errands before we head up.”

“And I really
hate
grocery shopping,” Jenny complained. “I suggest we only buy things we like. Screw those two!”

Jenny loved the ease she felt around Dan. The four of them were that perfect combination of friends. The couples had met in college three years ago, and still hung out together. Kelly and Dan were nicknamed the
Blondies
for obvious reasons, and Jenny was part of the
Brownhead
team. Jenny had some Cherokee blood running in her veins from her dad’s side. It gave her an exotic look with her long, dark hair and soft, brown eyes. Ryan was her perfect match because of his chocolate-brown curls—everyone said so.

Jenny appreciated how rare it was that Kelly’s boyfriend was best friends with her boyfriend. It made trips like this a ton more fun. The four pretty much did everything together, including vacations to Jamaica and Hawaii. This weekend it was Dan’s family cabin up in the mountains.

“I’ve got a suggestion,” Dan said. “Since you and I hate to cook, let’s just buy convenience foods. You know, all that premade crap that Kelly and Ryan hate.”

She chuckled. “Oh, I like the way you think!” she said as she grabbed a shopping cart and headed inside.

The two of them were sinful the way they filled up the cart with chemically enhanced foods. She knew Ryan was going to have a cow, but he deserved it.

Dan threw in some marshmallows, chocolate, and graham crackers. Jenny patted his shoulder enthusiastically. “Yay! I’ve never had
s’mores
before.”

“Wow. I didn’t appreciate what a sheltered life you’ve led, Jenny. How else can I corrupt you this weekend?”

She grinned, looking down the row of food. “I’ve never had Vienna sausages.”

“Done.” Dan threw six cans of the little sausages into the cart.

The snow was starting to accumulate on the roads by the time they finished packing their stock of liquor into the car. “Plenty of food and booze, I think we’re set. I sure hope they get on the road soon. It is going to ice up fast,” Jenny fretted.

“Don’t worry. Kelly promised to leave by four. What about Ryan?”

“He’s not leaving the meeting until five. He’ll be driving in the dark by the time he gets there.”

“Maybe you should call him and suggest a quicker exit.”

Jenny called his cell, but Ryan didn’t pick up. She left a message and then another one at his office. “That’s the best I can do. Hope he listens to it in time.”

Dan started his car and grinned at her. “I know Ryan. A blinking light at his desk will drive him crazy. He’ll get your message.”

The drive up proved to be more difficult than they expected. The mountains had at least ten inches of snow and the flakes were still falling with a vengeance. “You want to turn back?” Jenny asked.

“No, we’re almost there. The weathermen said it should be a quick storm. I’m sure it’ll clear up some before they get here.”

They arrived at Dan’s cabin after four. The sky was dark and heavy with snow. It didn’t appear to Jenny that it was stopping anytime soon. “Dan, we better get a fire going first thing. I can just imagine Kelly’s agitated state after driving up. Nothing calms her more than a warm fire.”

He nodded in agreement. “I’ll grab some firewood after we get the supplies in.”

While Dan took care of the wood, Jenny ripped off the covers from the furniture and loaded the dishwasher. Experience from past trips had taught her that the dishes needed a quick wash to get rid of the taste of disuse. Then she went about making the beds.

Dan came in with a huge armful of wood. “I’ll get more in the morning, but this should be plenty for the night. Thank goodness we have power! I can’t imagine how cold this place would get without it, especially with the wind starting to pick up. Kelly and Ryan better get here soon.”

Jenny glanced nervously at the clock. “Do you think they’re all right?”

Dan’s smile was reassuring. “Don’t worry. Both Kelly and Ryan are capable drivers. They’ll be here within the hour, I’m sure of it.”

The two snacked on Doritos and Vienna sausages while they waited. Dan had a pleasant fire going and Jenny put rocking tunes on. Both of them were Blue October fans, so she decided to indulge in the emotionally potent lyrics as they munched.

Dan sighed when
Congratulations
came on. “This song always makes me sad.”

“It is a sad song, isn’t it? Justin must have really loved the girl.”

“I enjoy the angst in his songs, don’t you?” Jenny said, thrilled to share her enthusiasm for the music. Ryan never listened to lyrics—they weren’t his thing. “Justin’s work is so real and raw.”

He agreed. “The man definitely puts his soul out for public consumption.”

“I wish more singers were open and real like that.”

Dan cleared his throat and said, “It takes guts to put your feelings on the table.”

Jenny jumped on his comment with an attempt at a witty retort. “I suppose guts on the table are bound to get eaten.” When he didn’t laugh she suddenly felt uncomfortable and moved over to the fireplace, deciding to change the subject. “I’ve always liked fires.”

Dan lost his pensive look and stood next to her. “Warm fire, good music, bad-for-you food, what could be better?”

“Only thing that would make this perfect is Ryan and Kelly showing up. Of course, I’d have to turn off the music and apologize for the raunchy food,” she said, smiling at him.

Dan winked and took out his cell to call Kelly. Although his phone showed one bar, he couldn’t get any reception. Jenny’s phone had been rendered useless the moment they drove into the mountains. He opened the door to hold his phone outside. Wind and snow whipped through the little cabin, nearly blowing out the fire. He quickly slammed the door shut. “Damn, it’s turning into a full-blown blizzard. I’m afraid if they don’t arrive soon, it’ll be too late.”

After another hour passed, Jenny began pacing. “I’m really worried about them.”

“Jenny, neither Ryan nor Kelly would risk their lives if the roads are bad. They must be waiting out the storm. We’ll see them tomorrow.”

“Yeah, okay. You’re right. Both are extremely practical.” She took a deep breath to calm herself and then started checking through the closet for her favorite game to keep her mind occupied. “Hey, do you know what happened to Settlers of
Catan
? It was here the last time we came up.”

He opened his mouth to reply when the lights suddenly went out. “Oh shit.”

The lights sputtered on for a couple of seconds and then went dead again. The glow from the fire cast eerie shadows on Dan’s face. “Did we just lose power?” she whimpered.

“Yep, we’re screwed.” He threw the last few logs on the fireplace. “I’ll get more wood in the morning, but I think we’d better head to bed before all the heat is gone.”

Jenny opened her bedroom door to allow the heat to enter. It was already freezing cold in the tiny room. The wind outside howled angrily and Jenny could feel a breeze coming from the window. She quickly donned her flannels in the dark and jumped into the bed. Jenny yelped when she slipped under the cold sheets.

“You okay in there?” Dan called out.

“Yeah, just a freezing bed. I’m fine.” Jenny shivered until her body heat started to warm the covers. It seemed like hours before she fell asleep.

A Family For Christmas by Linda Finlay
Mi novia by Fabio Fusaro
Their Newborn Gift by Nikki Logan
Murder in Misery (Spook Squad) by Broome, Ashley K
imperfect by Tina Chan
Mako (The Mako Saga: Book 1) by Ian J. Malone
Stairway to the Bottom - a Mick Murphy Key West Mystery by Michael Haskins
Cry Baby Hollow by Love, Aimee
The Case of the Stinky Socks by Lewis B. Montgomery
When the Saints by Duncan, Dave