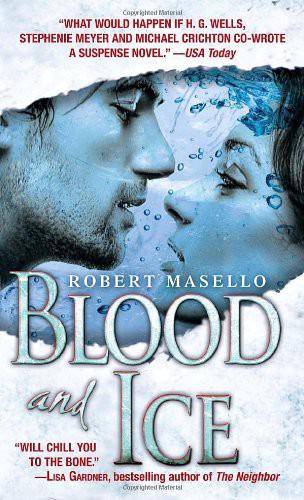 NONFICTION
Robert's Rules of Writing
Writer Tells All
A Friend in the Business
Raising Hell: A Concise History of the Black Arts
Fallen Angels� and Spirits of the Dark

In writing any book, especially one of this scope, you often have to call upon the wisdom of friends and experts. I would like to thank Fran�ois Sauzey Carol Weston, Professor Roberto V�guez, Susan Williams, and James Donlan. I would also like to thank Brooks Peel of the State Climate Office of North Carolina, and Captain George Galdorisi, U.S. Navy (Ret.). I am in debt, too, to the noted historians Cecil Woodham-Smith, whose landmark book,
The Reason Why,
was such a help to me in writing about the Crimean War, and Gillian Gill, whose
Nightingales
provided invaluable research on Florence Nightingale and her nurses. The nurse's quotation about her cap, which appears on page 271, was drawn from Gill's book, which cites
Letters from the Crimea
as its original source.

Any mistakes are, of course, my responsibility alone.

I also happened to be blessed on this book with a great editor, Anne Groell, and an agent who, as always, kept encouraging me whenever my confidence flagged. Thank you, Cynthia Manson.

Sinclair bent low over the wooden bunk where Eleanor lay. Though she was snugly wrapped in his greatcoat and buried under every blanket and sheet he could lay his hands on, her teeth still chattered and her breath fogged in the dank, freezing air. By the flickering light of the oil lamp, he could see that her eyes were rolling up under her lids, and her face was as white and cold as the ice that had surrounded the ship for weeks.

With his own numb hand, he stroked her brow, brushing a wisp of her dark brown hair away from her eyes. The skin felt as lifeless and implacable as the blade of a sword, but underneath it he could still detect the slow coursing of her blood. She would live, somehow, but he would have to see to her needs, and soon. There was no way around it, anymore; he would have to leave the cabin and go below to the stores.

She sighed in protest, her pale lips barely moving.

�Try to sleep.� He pulled the woolen cap more tightly around her head, kissed her cheek, and stood up, as much as the low ceiling of the stifling cabin would allow. Holding the lamp in one hand� its glass was smudged, and only an inch or so of whale oil remained at its bottom�he listened at the door for a moment before easing it open to the black passageway outside. He could hear the muttering of the crewmen somewhere in the hold. He didn't need to hear their words to know what they were saying. Ever since the ship had been blown off course, driven farther and farther toward the southern pole by unrelenting storms and wind, he had overheard their curses and seen the growing enmity in their eyes. Sailors were a superstitious lot, even at the best of times, and he knew it was their mysterious passengers�Eleanor and himself�that they had come to see as the source of their present calamity. But what, he wondered, would they choose to do about it? He did not like to leave Eleanor alone for even a few minutes.

He had long since removed the spurs from his boots, but it was impossible to move down the corridor without the creak of the timbers underfoot. Sinclair tried to take a step only when the ice battering the hull was especially loud, or the sails up above flapped in the night wind; but as he passed the galley the light from his lamp fell on Burton and Farrow huddled over a bottle of rum. The ship pitched to starboard, and Sinclair had to reach out and steady himself against the wall.

�Where you off to?� Burton growled. There were ice particles in his gray beard, glinting like diamonds, and a large gold hoop through one ear.

�That's none of your affair.�

�We could make it that,� he heard Farrow mutter, as the ship righted itself with a thundering groan.

Sinclair stepped to the ladder leading to the storerooms below. The rungs were coated with frost, and as he descended them the oil in the lamp sloshed from one side to the other; wild shadows flickered across the vats of salted pork, dried cod, and hard tack�all nearly empty�and the Chilean rum that the crew had broken into. His own cargo lay just beyond, in a large chest secured with heavy padlocks and chains. At first glance, it looked unsullied.

But when Sinclair bent lower and the feeble glow from the lamp fanned across the top of the trunk, he could see scratch marks and subtle indentations, as if someone had tried to pick the lock or even pry it loose. It came as no surprise. In fact, he could think of only one reason his belongings had not been rifled: The crew not only hated, but feared, him. He knew that they looked on him�a hardened cavalry veteran of the Crimean campaign, and an acknowledged master with pistol, lance, and saber�as someone to be reckoned with. He pulled the collar of his army tunic higher around his neck, then drew from its vest pocket the keys to the chest.

After glancing behind him to make quite sure he was alone and unobserved, he opened the padlock, slipped the wet chain loose, and lifted the lid. Inside, beneath a layer of riding tackle, uniforms, and several books�the works of Coleridge, Chatterton, and George Gordon, Lord Byron�he found what he had come for. Two dozen bottles, bearing the label MADEIRA�CASA DEL SOL, SAN CRISTOBAL, carefully wrapped and packed. He wiped one clean with a pair of riding breeches, tucked it under his arm, and secured the chest again.

Climbing back up the ladder, while juggling the lantern and the bottle, was a tricky proposition, made worse by the sight of Burton lurking at the top.

�Find what you were looking for, Lieutenant?�

Sinclair made no reply.

�Give you a hand there?� Burton went on, extending one mit-tened hand.

But Burton had seen the bottle by now. �Spirits, is it? Well, couldn't we all use a warming cup.�

Sinclair stepped away from the ladder and brushed past Burton, then Farrow�who was beating himself with both arms to stimulate the circulation�and once out of their sight, ducked into the galley. He held the bottle near the stove, where a low coal fire still smoldered, to thaw its contents, then returned to his cabin, praying that he would find Eleanor no worse.

As it happened, she was not alone. A guttering light shone from beneath the door, and within Sinclair discovered the ship's physician, Dr. Ludlow, hovering over her. Ludlow was a revolting
specimen of a man, baggy and hunched, with a manner at once obsequious and arrogant; Sinclair wouldn't have trusted him to cut his hair (another of the good doctor's shipboard duties), and he especially mistrusted him around Eleanor, in whom he had shown an unseemly interest ever since they had come aboard. At the moment, he was holding her limp wrist in one hand and shaking his head. �The pulse is very low, Lieutenant, very low indeed. I fear for the poor girl's life.�

�And I do not,� Sinclair declared, as much for Eleanor's benefit as the wretched doctor's. He removed her hand from Ludlow's damp grasp and slipped it under the blankets. Eleanor did not stir.

�Even my leeches are frozen, I'm afraid.�

That at least was good news. The one thing Sinclair knew Eleanor did not need was any further loss of blood. �A pity� Sinclair said, knowing full well that it was the application of the creatures to Eleanor's bosom and legs that the doctor most enjoyed. �If you will leave us alone, I can manage quite well on my own.�

Dr. Ludlow gave a cursory bow, then said, �I came with word from the captain. He wishes to speak with you on deck.�

�I'm so sorry, Lieutenant, but he was rather insistent.�

�The sooner you leave, the sooner I shall speak to the captain.�

Ludlow paused, as if to prove that he had not been dismissed, then left the cabin. The moment he was gone, Sinclair braced a stool against the door and used the dirk sheathed beneath his tunic to open the bottle. �Wait,� he said to Eleanor, though he was not sure if she was beyond hearing, �wait for me.�

With one arm, he raised her head from the makeshift pillow� a bundle of rags stuffed into a burlap sack�and put the bottle to her mouth. �Drink,� he said, but she still didn't respond. He tilted the bottle until the liquid met her lips, turning them pink, giving them a semblance of life again. �Drink.�

He felt her breath on the back of his hand. He tilted the bottle more, until a rosy trickle ran down her chin and spotted the ivory brooch she wore at her collar. The tip of her tongue appeared, as if chasing the errant drops, and Sinclair smiled. �Yes, that's it,� he encouraged her. �Take more. More.�

And she did. After a minute or two, her eyes opened. She looked up at Sinclair with a confused expression, one that mingled
deep regret with an even deeper thirst. He held the bottle steady as she suckled at its tip. Her eyes became more focused, and her breathing more regular. When he felt she had had enough�too much and she might regurgitate the lot�he laid her head back on the pillow, wedged the cork back in place, then hid the bottle beneath the pile of bedclothes.

He squeezed her hand. Was it already warmer to his touch?

The tiniest hint of a smile creased her lips.

�And sand as white as Dover.� It was one of their private catch-phrases, drawn from a popular ditty, and they had often murmured it to each other in moments far less trying than this.

Sinclair took the stool away from the door, extinguished the lamp�what oil remained had to be conserved�and left it in the cabin. Only a pale shaft of light penetrated from the upper deck to the passageway, but it was enough to guide his way to the steps.

Cold as it was below, it was far worse above, where the wind, like a bellows, sucked the very breath from the lungs and filled them instead with a chilling blast. The captain, Addison, stood at the wheel, wrapped in several layers of clothing, the last of which was a torn sail; in Sinclair's eyes, he was nothing but a privateer, who had extorted three times what the fare should have been for his and Eleanor's passages. The man could sense desperation and had no scruples about exploiting it.

�Ah, Lieutenant Copley,� he declared. �I was hoping you might pass the time with me.�

Sinclair knew it was more than that. He looked around him, at the rolling, gray sea, strewn with great slabs of ice, and the night sky that, at such a southern latitude, gave off a kind of unchanging pewter gleam. Two crewmen stood watch, one on either side of the deck, looking for especially jagged or insurmountable bergs; another clung to his perch, high above, in the crow's nest. The ship's progress was slow and precarious, and the mutable winds made the frosted sails�those that could still be unfurled�flap and luff with the rumble of thunder.