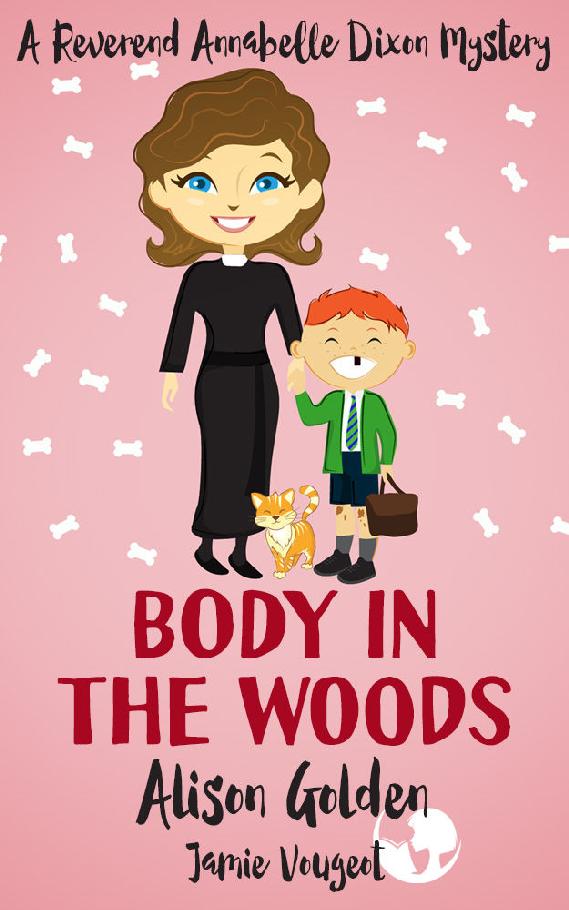 BODY IN THE WOODS 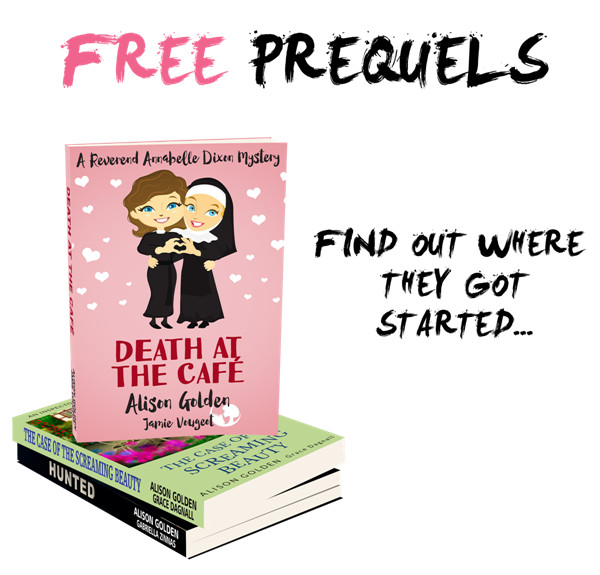 To get your free copy of
Death at the Café,
the prequel to the Reverend Annabelle Dixon series, plus two more books, updates about new releases, exclusive promotions, and other insider information, sign up for the Cozy Mysteries Insider mailing list at:
http://cozymysteries.com

IT HAD BEEN a tough week for young Master Douglas “Dougie” Dewar. It had begun with him tearing his school uniform during a particularly ambitious tree-climbing adventure, continued with reprisals about his over-active imagination from his teacher Miss Montgomery, and reached its peak when Aunt Shona discovered he had been trying to rustle sheep by training none other than the church cat, a ginger tabby named Biscuit.

How could they blame him? He had been in Upton St. Mary for only four months since his mother had sent him there from their home in Edinburgh, and he still found the village and the vibrant countryside surrounding it full of possibilities.

He would trek the rolling hills armed only with a trusty stick and an insisted-upon sandwich, imagining himself a brave adventurer on a quest to find a wise, old wizard. He would swing from tree branches like a wilderness warrior, announcing his presence with a signature yell, determined to save all of civilization, reaping world domination as his prize. And he would creep through the dense forest, envisioning it as some deep, exotic jungle on a strange new planet, while encountering delicate, well-camouflaged wildlife that demonstrated all the curiosity and nervousness of timid alien visitors.

For Dougie was not just energetic and rambunctious of body, but of mind as well. When he wasn’t scampering through the rolling countryside in search of adventures, he was poring over pages of the most astonishing and outlandish tales he could find, stoking the fires of his imagination before he lived out his fantasies against Cornwall’s glorious pastoral background.

Oh yes, it had been a tough week indeed, but it had also been an incredibly fun one.

Now it was Friday, and the glorious feeling of being on the precipice of the weekend’s adventures had Dougie running wildly through the forest on his way home from school. After his mishap earlier in the week, Aunt Shona had insisted he change out of his uniform when he got home before embarking on his adventures. It was a small price to pay, thought Dougie, as he darted, jumped, and swerved around the various tree trunks. But he wasn’t home yet.

“No more school,” he shouted, as he deftly switched his weight from one foot to another to avoid slipping on a tree root. “No more Miss Montgomery!” As he kept on running, he ran through his weekend plans. “I’ll meet the boys to play football tomorrow, and then Aunt Shona promised me a trip to the bookstore. Gonna get the next in the ‘Reptiloid Hunter’ series. Woo-hoo!”

His imagination ran wild with excitement. He ducked his head and pictured himself a spaceship shooting through an asteroid field. He skipped off a bank and fancied himself on a flying carpet. He spread his arms and turned sharply like a fighter jet, his school satchel sailing behind him like a tail.

Just as he was about to bank sharply again and release another barrage of missiles, however, Dougie found himself genuinely floating in mid-air, his feet up behind him. For a split second, he almost believed he was flying.

“Oof!” he grunted as he landed on his chest atop the tough late summer soil.

Dougie bounced back up almost immediately, his youthful exuberance overwhelming the sharp pain in his elbow and the winded sensation in his chest.

“Oh no! I’m going to be grounded for a week!” he cried as he looked down at the dirt and grass firmly embedded into his school uniform. Cautiously, he checked the spot where the stinging sensation was coming from on his elbow.

“Noooooo!” was all Dougie could muster. He had been well-schooled in the art of politeness and not even being alone in the middle of the woods was enough for him to forget his good manners and utter anything ruder – however much the frayed tear on his blazer warranted it.

He spun around, his pained expression turning to one of anger. Whichever tree root was responsible was going to get it. He took a few steps toward the spot at which he tripped and scanned for the offending object.

The thin, bar-like protrusion which jutted out of the ground at a low angle was not like any tree root Dougie had ever seen. In fact, he had never come across anything remotely like it on his treasure hunts across the forest. He knelt and brushed some of the dirt away.

As he uncovered more of the thin, white oddity, Dougie’s heart seemed to sink lower, until it turned a somersault. He knew what this was. They had studied the human skeleton just last week in class.

Dougie’s mouth opened slowly as he stared at the bone, his mind searching for another, less terrifying prospect. Suddenly, he found himself out of all other potential explanations and incredibly afraid. He hopped to his feet and sprinted toward Aunt Shona’s cottage – only this time he was trying to stifle his imagination rather than explore it.

“The boy’s fine,” Shona Alexander assured her sister on the phone, “he’s a little scamp. With a boy like him you only need to worry about when he’s
not
up to something… Oh, of course he misses you. He asks after you every chance he gets… He’s still so distracted by the excitement of a new place… You’ve got enough to worry about right now with the chemo, Olivia, just let me take care of Dougie for now… Oh, wait, I think I hear him coming in. I’ll get him to call you later, okay? Bye, Olivia.”

Shona placed the receiver down gently and turned around.

“That was your mot—”

Shona and Dougie stared at each other, each bearing an expression of absolute horror.