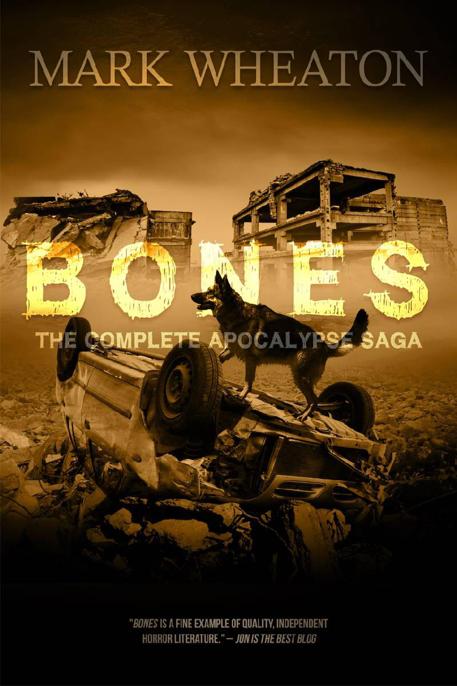 R
oberto DeMatteis had seven species of animal named after him. Though most people think of an organism’s scientific name, its binomial nomenclature, as solely derived from a combination of the two Latin words for its genus and species, Homo sapiens, Drosophila melanogaster, Ursus arctos, etc., there’s an optional third part to the name that may designate its discoverer. Types of aloe vera plants include Aloe arborescens Mill (named for eighteenth-century botanist and chief gardener of the Chelsea Physic Garden, Philip Miller), Aloe myriacantha Bowie (named for nineteenth-century explorer James Bowie, who discovered a number of new aloe plants in his explorations of the southern tip of Africa), and Aloe perfoliata L. (for Swedish botanist Carl Linnaeus, who created binomial nomenclature in the first place in 1735; why he’s prominent enough to need only an “L.”). In the case of DeMatteis, his namesakes were seven sea creatures that he’d discovered living in the geothermally heated abyssal zones around Arctic hydrothermal vents including the Riftia pachyptila DeMatteisii and the Paralvinella sulfincola DeMatteisii, as well as five more whose scientific names could all be additionally suffixed with the honorific, “DeMatteisii.”

Roberto was proud of many things in his career as a marine biologist, but nothing compared to the uncovering of these seven animals, placing him in a line that stretched back to men like Linnaeus, Charles Darwin, John James Audubon, even Jacques Cousteau, whose television programs first got DeMatteis interested in the sea (though he was more apt to fabricate stories of seafaring great-great-grand-whatevers). Despite being routinely hailed for his groundbreaking books, lectures, and research in the lab, Roberto would describe his classification of these animals in terms most akin to how a mechanical engineer might refer to the patents of drill bit configurations he or she had invented, something to hang on the wall and be praised. Only instead of having made his breakthroughs utilizing a design computer, only to then hand them off to someone else to manufacture who would then hand them off to someone else to implement, Roberto made the endless dives to secure his treasures and a place in scientific history himself. These dives primarily took him to the vents along the Gakkel Ridge, an oceanic mountain range that ran under the Arctic Ocean from Greenland to Siberia. Each discovery, he figured, had been there for millennia merely awaiting the first human being to ever reach that earthly frontier before revealing itself. Space exploration? Feh. There were still plenty of places on the home world left unexplored, enough to sate anyone’s sense of discovery. Space was just easier, Roberto would claim. Type something into one of those design computers, build a boat with sealed portholes, and chuck it high enough into the air, and they’ll put your name alongside Magellan and Columbus. Sailors both, he would add.

But sink deep into the cold seas of the Arctic to decipher the secrets of your own planet’s evolutionary history, and you had to bow and scrape for funding. The only way around this was to bring something back from the abyss you could claim as your own—an important new discovery—that you could then present to a society’s fellowship committee and say, “See?! This is where your money went. This is hard science. This
means
something.”

And as they ooh-ed and ahh-ed, you eased your way into their check-books, plucking out just enough for the next trip.

On his most recent voyage, one that had lasted fifteen amazing weeks, Roberto had discovered species numbers eight, nine, and ten, an unqualified, unparalleled bonanza. Even as he was bringing them to the surface, he imagined these three little creatures keeping him going for years, maybe even decades.

Because of that, he had refused to allow the specimens, being transported in large, temperature-controlled saltwater tanks, to leave his sight for more than even a few minutes and had blown out the rest of his department’s annual discretionary budget chartering a flight that would take him from his ship’s disembarkation port in Tromso, Norway, over to Heathrow for a refueling stop and then on to Pittsburgh International Airport. From there, they would then be packed into a refrigerated truck for transport 158 miles down the US-22 and up the I-99 back to Penn.

His worst fear wasn’t a plane crash or temperature gauge malfunction but an auto accident out on the highway. To this end, he had arranged to escort the truck the whole way utilizing a rental, a Toyota Prius, he would pick up at the airport. He imagined himself spotting a runaway tractor-trailer hurtling the wrong way down the road straight for his prized catch and wondered if he’d have the wherewithal to angle into its path with the Prius. He’d even taken the insurance rider for the first time in his life, just in case, though it was $30 a day extra.

However, the entire trip turned out to be hopelessly uneventful, and the moment he arrived in University Park, he had a grad student run the car back to a local franchise of the rental agency. Relieved, he brought the portable specimen tanks into the lab to transfer each of the organisms into their new permanent homes. But his sense of security was misplaced. He couldn’t know what his precious seawater tanks, the result of a relentless, eleven-year grant-writing campaign, had been used for in his absence. How the department head had loaned them out to the Agricultural Soil Science Department in exchange for Lady Lion basketball tickets. How a trio of grad students had been using them in their soil survey experiments for months now. Or how the work study associate whose job it was to clean the tanks had been using a solvent suitable for cleaning containers of soil or fertilizer, but one that would prove to be disastrously inappropriate for something that might later be used to hold any kind of living creature, particularly one capable of polymorphic mutation.

B
ones stood up as the old Bronco bounced along the muddy, tree-lined road, its tires spitting gravel when it listed too far off the trail blazed through the mud by the heavy-use vehicles that made up the only traffic the old road ever saw. There were no houses on Spur 790, and the two mailboxes—one business, one residential—for its one address were way up by the highway, saving the postman a daily twenty-minute round trip in good weather. A day like today, with the sky pissing buckets, would’ve taken even the most intrepid mail carrier upwards of an hour.

“
Shit!
” cursed Billy. He grabbed the steering wheel to prevent the truck’s back tires from fishtailing over the rise on the right shoulder of the road. If they lost control and slid out of the tracks, that could mean plowing backwards the next six feet into a culvert, and it would be hours before they’d get out.

“You holding on back there?” Billy asked, half-joking.

Bones stared up at the uniformed man behind the wheel but made no reply.

“Almost there, buddy,” Billy said, reassuringly turning up the radio as if to mask further turbulence.

Bones turned away from the rear speaker. He didn’t like the propulsive rock music Billy insisted on blasting when he drove, but it didn’t bother him enough to whine about it. Besides, as soon as Billy’s hand had reached for the volume, Bones could see their destination out the window, surrounded by the usual, familiar activity—flashing lights, people in uniform moving about, a battalion of awkwardly parked squad cars, etc.

Billy pulled the truck up behind the last police car in what he estimated was a line of eight or nine, momentarily wondering how they’d reverse their way out of there when they were done. He spotted two SWAT vans among the vehicles and realized that this must be serious.

The police activity was centered on the entrance of a large junkyard that seemed out-of-place this far off the beaten track and so near the woods. It appeared that the yard might have been a relatively modest business at first, a few cars, a handful of old, now-rusty appliances, but as time passed, it had been expanded into the neighboring forest. Rather than cut down trees, the owners had simply extended the high chain-link fence—topped with twin strands of interwoven razor wire—into the forest, where old refrigerators, freezers, and washing machines now stood alongside the trunks of towering eastern hemlocks. The original part of the yard was now filled with hundreds of rusting chassis from cars and trucks of every make and model dating back forty years.

Billy climbed out of the cab, his boots immediately sinking into the soft mud.

“Christ,” he muttered. He slammed the driver’s-side door and opened up the back door where Bones stood on the seat panting, staring back at him. “Ready to get to work?”

Bones, seeing Billy giving him an expectant look, gave a little woof in response. Billy grinned and reached in, grabbing the large German shepherd’s leash, and then held it out and up, the indicator for Bones to hop out of the Bronco. The pads on Bones’s feet touched the cool mud, which became the first smell that filled his nose, penetrating to the two hundred million scent receptors (one hundred ninety-five million more than a human) buried deep within his mucous membrane. Almost immediately, the smell of wet earth was overpowered by the stench of oil and exhaust fumes. Bones scrunched his nose, snorted a little, and then brought it down directly onto the ground, his eyes focusing on the grubby earth. Forcing aside the manmade smells to focus on the ground underfoot, Bones could soon smell the familiar scent of natural decay. Plants mostly, but also animals, alive and dead. The dead included a deer, likely killed through predation, as well as a rabbit who probably met a similar fate. Both gave off the harsh scent of rotting flesh and tissue, though a second rabbit, a more recent kill, came with the smell of vegetation rotting in its stomach, as the body itself had not yet begun to decay.

“Billy Bones!” came a booming voice from up by the junkyard entrance.

Billy, whose last name was Youman, bristled at the alliterative nickname for himself and his cadaver dog. But seeing that it came from George Zusak, the Zone 2 commander, he bit his tongue and faked a smile.

“Glad they sent you and not Lowe and his mutt,” Commander Zusak said, extending a hand, which Billy shook. “That dog couldn’t find a donut in an empty attic.”

Billy bit his tongue a second time at the idea that Robot, Sergeant Perrish Lowe’s Belgian Malinois, was any kind of mutt (except perhaps in comparison to Bones) and simply smirked as he figured it was what Zusak wanted him to do.

Face by Benjamin Zephaniah
Consultation with a Vampire - 01 by Patrick E. McLean
Then and Now by Barbara Cook
The Color of Heaven - 09 - The Color of Time by Julianne MacLean
Between the Bleeding Willows (The Demon Hunters Series Book 1) by Roach, D.A.
Love Is the Higher Law by David Levithan
Mated by Ria Candro
Web of Everywhere by John Brunner
The One That Got Away by Megan Hussey
Fighting for the Dead by Nick Oldham