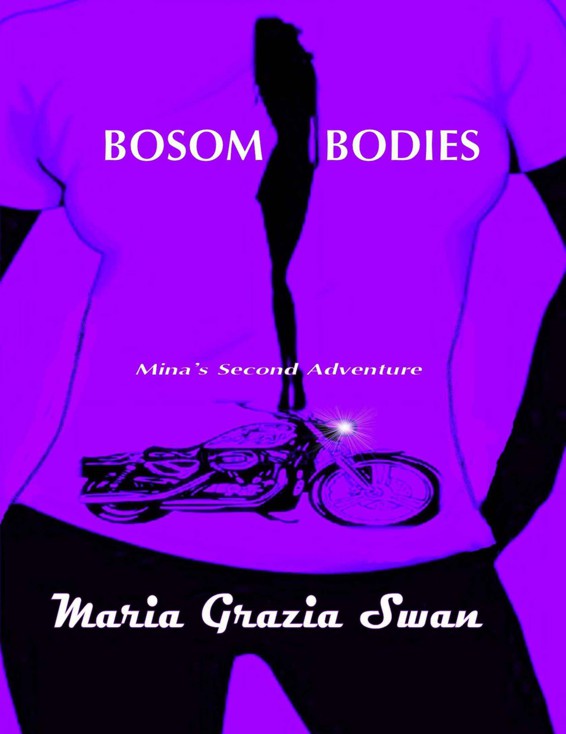 This is a work of fiction. Names, characters, places, and incidents are either the product of the author’s imagination or used fictitiously. Any resemblance to actual events, locales, organizations or persons, living or dead, is entirely coincidental and beyond the intent of the author and publisher.

All rights reserved, which includes the right to reproduce this book or portions thereof in any form whatsoever except as provided by the US Copyright Law.

Published in the USA

To
David, Brian, Blair and Preston.
Boys, you are listed by birth order. Okay?

A big thank you to the members of my SOS critique group for putting up with my 'Marianisms', to Valerie for patiently reading my first draft and to Sally J. Smith of the Editing Crew for polishing my manuscript to its sparkling final version.

Elizabeth Henze is the patient friend who holds my hand when I fret over computer questions and she is also the one I need to thank for encouraging me to take the self publishing leap.

Employees must wash h
ands before
returning to work
. Mina stared at the sign posted on the mirror above the sink. She still couldn’t grasp the fact she was one of them,
the employees.

How could she have let Ginger, her yoga instructor, talk her into doing this?
How? They weren’t even really good friends. From yoga to waitressing at
Bosom Bodies?
She glanced at the curly red wig, the thick, fake lashes fluttering like butterfly wings. The image looking back from the mirror was a full size version of that dol
l. W
hat was it called? Orphan Annie? No, not that one, oh, Raggedy Ann. Mina’s eyes moved to her black top, stretched to the max over her
foam-padded
bra. This was no ordinary padding
. T
he falsies had foam nipples to create the illusion of bona fide implants.
Viva l’America
. Two large
,
sparkly Bs marked
the spots
. According to the marketing people, the Bs stood for
Bosom Bodies.
Mina had her own version, Big Boobs! And to make sure everyone noticed them, the letters were imbedded with pretentious rhinestones.
The kind Paola used to call, “c
ircus diamonds.”

“If Paola saw me like this…”
She
said it out loud. It had been over a year since her mother’s death. Mina still found herself talking to her and thinking of her as
she did
when she believed Paola was her sister.

“There you are.” One of the other waitresses peeked in the bathroom door. “People are hungry. Orders are getting cold. What’s your problem? Wanna get fired your first day on the job?”

“
Magari
. I wish,” Mina mumbled. She checked her red mini skirt, adjusted the uncomfortable top with the
nametag
that read “Ginger” and went to serve those hungry people. Barbara, the manager, hired Ginger, the real Ginger/yoga instructor, and since she hadn’t started working yet, no one else knew what Ginger looked like. The only person aware of the switch was Barbara, and she already clocked out for the evening. Two more days and Mina’s career as a redh
ead
, big
-
busted waitress at
Bosom Bodies
would be over because Ginger would be back from her impromptu honeymoon. She didn’t know how Barbara would explain the new Ginger to the rest of the staff, and she didn’t care to know. The last time Mina
waited tables
was
fourteen months earlier in
October
1989. Before Paola’s death, before Mina met Brian. She wasn’t going to think about Brian now.

Her high heels clicked on the concrete floors of the smoke-filled restaurant. The loud
music and the chattering noise
c
ould cover up cannon fire, never mind the annoying shoes. Round tables, higher than regular dining tables
,
with stools to match, oc
cupied most of the large room. T
he rest of the space was taken by a well stocked bar.
Men of all ages, shapes and means
warmed most of the seats. They must all come f
or the food, Mina thought
as she stretched on her toes to be able to hear the orders. Even in high heels, she was the shortest waitress there, and the least busty
, the least giggly
and
,
at
twenty-four
, probably the least young. Then again, she wasn’t depending on the generosity of these men to make rent.

“Ginger, psst,
” Angelina
beckoned
from the other side of the glass separating the kitchen from the main room, “I put your plates here to keep
them
warm. Take them.”

Angelina’s English was marginal, but her
intention to help Mina/Ginger was
clear
enough
.
She was the only ally in this whole place. Mina suspected it had to do with the accent, sort of a bonding
factor. Angelina sounded Latina
and probably had cultural similarities to Mina’s Italian background. She looked so young to Mina. How did she end up here? In this
…
restaurant? Mina could see past Angelina’s sweet smile. She could read the sadness and uncertainty in the young woman’s eyes. They reminded her of her own eyes, her own feelings
those
many years ago
when
she first stepped off that plane at Los Angeles International.

She grabbed the warm plates and tried to make sense of the orders. She couldn’t read her own handwriting.
That’s what
using
computers will do to you!
Eyes watching her
? S
he turned
around. T
he kitchen helper, a short
dark
-
haired man
,
was looking at her.
H
is name was Diego.
T
he girls talk
ed
about him, calling him the silent type. Mina wasn’t even sure he understood English. Something about his piercing eyes made her uncomfortabl
e. She gave Angelina a
smile
of thanks
and scooted to her assigned tables.

It was nearly midnight by the time she walked out of
Bosom Bodies.

Only Diego, a cashie
r named Lisa, and Mina remained
. Angelina and another waitress left a few minutes earlier.
Due to corporate policy,
Mina had to c
hange
clothes
before leaving
, so she looked eve
n more silly
with the
idiotic wig and fake lashes wearing her jeans
and the
Ultrasuede coat
,
which was
Paola’s last gift
. She was thankful she didn’t know a sou
l on this side of town and
aimed to keep it that way.

Her ragtop Bug was parked at the back of the building inside the fenced area reserved for
the employees
.
Th
ere was that funny word again.

Enough rain drizzled from the night sky to allow December to be taken seriously even in Southern California.

Mina noticed something peculiar about her car. Maybe it was the reflection from the streetlight, but the car looked lopsided.

“Hurry up,” Lisa the cashier said. “I need to lock the gate, I’m already late. The sitter will charge me overtime.”

“Hey, I’m sorry. I think I have a flat ti
re.” Mina walked around her car
and
,
sure enough, it was
the front tire, passenger sid
e

as flat as her chest beneath the padding.

She could call Triple A. Her membership was current
, w
asn’t it? It would take time, and Lisa wanted her out of there. She opened the hood and remembered the spare tire was sitting in the warehouse of West Coast Software where Mi
na left it to make room for
moving boxes. That was last week. She had forgotten about the tire.

“
Maledizione!”
She slammed the hood close.

The male voice came from behind her. “So you’re Italian.”

Mina turned. Diego stood looking down at the flat tire. She was surprised at his perfect English, no accent, yet he understood Italian? Italian swear words.
How about that?

“Lisa, go ahead, go home. I
’
ll lock the gate as soon as we take care of Ginger’s car.” Mina stopped herself short of explaining her name wasn’t Ginger. She bit her lip and avoided his eyes. The man made her feel self-conscious. How old was he? And what did she care? Lisa started the engine of her small, beat-up truck
, waved to Diego, ignoring Mina
and drove off in a blast of unmuffled engine and Michael Bolton’s falsetto.

“Do you have a spare tire?” Diego asked.

“If I did, I would have already taken care of this.”

“Oh, you change your own tires? In the dark, while it rains?”

She hated him. Smart
-
ass. That was one American expression she found fascinating and mostly to the point, especially on this occasion. How would that translate into Italian? Not very well. Smart
furbo
. Ass
.

“Do you want a ride home?” Was he talking to her?

She looked around. The only vehicle left in the fenced space was her Volkswagen with the flat tire. “A ride? On your shoulders?”

“Suit yourself. Your car will be safe until tomorrow, but there aren’t any cabs around here.” He glanced at her heels. The streetlights played hide and seek with his expression. Even so, she kne
w he smirked. “See you tomorrow,
”
h
e said.

Mina watched him walk to the side of the building. She didn’t know what to do. The damp wig itched. Her leaden feet ached. She wasn’t used to being on her feet for so many hours. All her prickliness left her. She wanted to sit in her car and wait for the sun to come up or this restaurant from hell to open, so she could use a phone. Who would she call? Brian was on a flight to Europ
e with his loony mother, and Mina
hadn’t dared tell Paco
about
moonlighting as a waitress in this place.
Maledizione
.