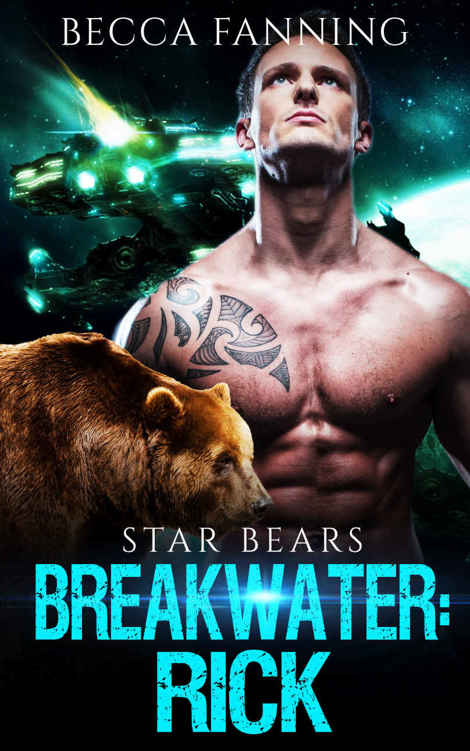 Thank you for supporting my work. I hope it’s as much fun to read as it was to write. This is the special Kindle Unlimited version of Breakwater:Rick. After you’re done reading it, you can continue to read every other story I have on Amazon. I’ve included them all for free for you. Just keep turning pages as long as you like.

Also, if you sign up to my newsletter, I’ll send you three exclusive stories that you can’t get anywhere else!

Dalos XI was one of the few cities that could boast to being as stunning as the stars around it. The capital of colony world, it seemed to consist entirely of glass and light. In addition to being breathtakingly beautiful, it was also famous for having a peerless security force resulting in very little crime, especially for a port-and-trade city. People travelled light years to explore the peaceful, picturesque metropolis. It was the sort of place one could look at and think “we did it, the future is here,” a shining love letter to human civilization in glass and chrome.

“Shit,” Zosha hissed to herself as she crawled through a vent in the anterior security station. “Shit, shit, shit, don’t be a dead end, don’t be a—oh, mother
fucker
.”

She rested her head against the rough material of her pack, trying to convince herself that she should keep moving instead of just giving up then and there. In the end, the horror stories she’d heard from duct runners back on Lytos about the dangers of staying still too long won over the desire to accept her fate. Carefully, she turned herself around and began crawling back down the tunnel, pushing her bag ahead of her.

“I blame you for this entirely,” she muttered.

“Are you talking to me?” a bored-sounding voice drawled over the comm link. “Because if so, I’d like to remind you that this mess is not my doing.”

“Me being lost in this fucking metal labyrinth is,” Zosha groused. “I wanted to take my chances with a forged ID, but no, you wanted me to do it the hard way.”

“As much as I hate to cast aspersions on your impressive array of unlawful talents, there’s no way you could have gotten yourself an ID capable of fooling even a rookie Sixer,” Spinner replied. “And with my current schedule I couldn’t have gotten you a workable one in time. Chin up, darling, you’re almost out. Take the next left.”

“See, you telling me that the first time would have made this a lot easier,” Zosha said, making the turn. “Honestly, if you’re going to force me into the vents you could at least make sure I don’t get lost. I think I’d rather just get my throat slit by Lan Doro than die in here.”

“Zosha, I am in the process of crumbling a regime,” Spinner said, sounding mildly affronted. “I can’t just drop everything to hold your hand because you picked the wrong man’s pocket. Besides, Lan Doro would never simply slit your throat. With what you stole? He’s going to make you an example. Turn right.”

Zosha grumbled but complied. “Is it too late to hitchhike to some agriculture world and settle down with a nice lumberjack?”

“You’d die of boredom in a week. Alright, see the light? That’s your exit. I’m going to put the cameras on loop until you’re in the clear. On my go.”

While Spinner worked whatever magic he used on the camera, Zosha made sure her gloves were intact after crawling around the vent and reached awkwardly around her bag, multitool in hand. She began to work on the screws holding the vent screen in place, wincing as the electric current hit her. On any other job she’d use an E-pulse to knock out the defense mechanism but she couldn’t risk security noticing that one of the vents was malfunctioning. Even if they assumed it was just a maintenance error and sent a handyman instead of a guard, she was in trouble. Anyone spotting her, no matter who it was, could get her killed. She couldn’t afford to relax until she was out of the system. As it were, she relied on her gloves to take the brunt of the electricity and worked fast. It was difficult because she was working from the wrong side, but she’d had plenty of practice and in short order the screen came loose. She grabbed onto it to stop it from falling and waited for Spinner to tell her to act.

“Okay,” he said finally. “The cameras from where you’re coming out to the port are all on a loop. You need to go fast. Go into the hallway and follow the blue light. You want to be in docking bay 7.”

“Got it.” Zosha was moving before he finished speaking. She pushed her bag forward and it fell out of the vent, taking the screen down with it. Next she wriggled forward until she was only in the duct from her knees down, her feet pressed to the top of the metal chamber as she slipped slowly forward. She took a deep breath and relaxed, tumbling completely into the hallway. She hit the ground palms-first and let herself roll. It was clumsier than she’d like, but nothing felt broken. Grabbing her bag, she dashed towards the hallway.

As promised, there was a blue light embedded in the floor that led visitors towards the docking bays. She ran along it, ignoring the odd looks she was getting from people. She skidded to a stop when she reached the end of the light path, looking around wildly for where she was supposed to be. She couldn’t see any signs and cursed under her breath. Her eyes fell on a lone security guard.

The guards out here don’t check ID,
she reminded herself as she hurried towards him.
It’ll be fine
.

“Excuse me?” she called to him, trying to sound desperate. Given her circumstances, it came naturally.

Zosha nodded at him, widening her eyes and biting her lip. “Can you tell me the fastest way to D-7?”

She nodded again. “I just got so caught up looking at the kiosks in K-Ward I lost track of the time.”

“Happens all the time,” the guard chuckled. “Alright. See the elevator over there? Head towards that, then go down to the second level. The door is pretty clearly marked, you can’t miss it.”

“Thank you so much,” Zosha said as she spun away and made for the elevator.

“Of course! Hope you enjoyed your stay!”

Once she was in the elevator, she took a steadying breath and reopened her comm line to Spinner.

“Alright, I’m almost there. What next?” she asked.

“You want to get onto a ship called the
Breakwater
,” Spinner answered. “They’re smugglers. I don’t know much about them, so make sure they don’t see you. As far as I know they’re not in the skin trade but tread carefully anyways.”

“Okay,” Zosha said, stepping out of the elevator. The guard had been right; there was a giant glowing seven above a door several yards away from her. She walked towards it. “Well, this is me. Have fun crumbling civilization as we know it, Davy.”

“Zosha,” Spinner said over the line. The softness of his voice made her step falter. “I promise I’ll look into sorting this out. You have my emergency line if anything happens.” By emergency line, he meant personal line, something which Zosha may have been the only person in the universe with access to.

“If you ever use my real name again I’m going to have you assassinated,” he said gently.

She laughed wetly. “Got it. Alright, time for me to get stealthy,” she told him as she entered the bay. “Wish me luck then fuck off and let me do my job in peace.”

“Good stars and good winds, you noxious hell beast. Don’t die out there,” he told her, his voice as aloof as usual.

“Back at you, you gingery shit,” she told him before cutting the line with shaking fingers.

Getting onto the ship was easy. Smugglers were, for good reason, notoriously protective of their ships. This meant they all had similar security measures in place, usually biometric scans and pass codes, all with one thing in common: no cameras. They couldn’t afford evidence of their own misdeeds, meaning they had to rely on other countermeasures. This would trip up almost anyone else, but Zosha had grown up on Lytos, an asteroid colony of thieves and murders, and had been getting through this type of security for what seemed like her whole life. She was on edge for the whole process, chewing her already abused lower lip until it bled, but she was on board before anyone else showed up in the bay and made her way to the cargo hold.

Luckily, the crew of the
Breakwater
already had some cargo loaded, meaning there were plenty of crates for her to hide behind. She settled into one corner, making sure that neither she nor her bag could be seen, then took a moment to stretch out. Her back made at cracking sound and she could feel her knees creaking. She settled back, closing her eyes and preparing for a long, uncomfortable ride.

As exhausted as she was from running almost non-stop the past few days, she was too wired to fall asleep. The most she could do was even out her breathing and force her muscles to relax as she let her mind wander. She lay like that for about a half hour, feeling the tension slowly melt away from her body, when she heard the hiss of the door opening and several arguing male voices getting louder.

“…all I’m saying is, if we’d decided to run guns instead of medicine, we’d have already been paid. I could be getting a drink thrown in my face by a gorgeous broad right now,” one complained.

“Well, at least he’s realistic,” another commented, which garnered a few laughs.

“After the cluster-fuck on the Edge we can’t afford jobs that dangerous,” a new voice said. “We’ve been over this.”