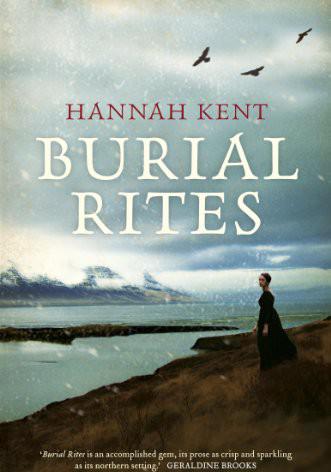 In northern Iceland, 1829, Agnes Magnúsdóttir is condemned to death for her part in the brutal murder of two men.

Agnes is sent to wait out the time leading to her execution on the farm of District Officer Jón Jónsson, his wife and their two daughters. Horrified to have a convicted murderess in their midst, the family avoids speaking with Agnes. Only Tóti, the young assistant reverend appointed as Agnes’s spiritual guardian, is compelled to try to understand her, as he attempts to salvage her soul. As the summer months fall away to winter and the hardships of rural life force the household to work side by side, Agnes’s ill-fated tale of longing and betrayal begins to emerge. And as the days to her execution draw closer, the question burns: did she or didn’t she?

Based on a true story,
Burial Rites
is a deeply moving novel about personal freedom: who we are seen to be versus who we believe ourselves to be, and the ways in which we will risk everything for love. In beautiful, cut-glass prose, Hannah Kent portrays Iceland’s formidable landscape, where every day is a battle for survival, and asks, how can one woman hope to endure when her life depends upon the stories told by others?

‘
Burial Rites
is an accomplished gem, its prose as crisp and sparkling as its northern setting.’

‘So gripping I wanted to rush through the pages, but so beautifully written I wanted to linger over every sentence. Hannah Kent’s debut novel is outstanding.’

MADELINE MILLER, Orange Prize-winning author of
The Song of Achilles

A Note on Icelandic Names

A Note on Icelandic Pronunciation

A NOTE ON ICELANDIC NAMES

Icelanders have traditionally used a patronymic naming system, whereby a child’s last name is derived from his or her father’s first name, together with an affixation of -són or -dóttir. Agnes
Magnúsdóttir
is therefore literally translated as Agnes
Magnús’s daughter
. Because of this system, blood members of an Icelandic family may all have different surnames.

A NOTE ON ICELANDIC PRONUNCIATION

For ease of pronunciation, not all Icelandic letters have been used in this printing. The consonants ð (Ð) and þ (Þ) have been replaced with ‘d’ and ‘th’ respectively.

The pronunciation of certain vowels are conditioned by accents:

á as the
ow
in
owl

é as the
ye
in
yet

í as the
ee
in
been

ó as the
o
in
note

ö as in the French
fleur

ú as the
oo
in
moon

ý as the
ee
in
been

æ as the
i
in
wife

au as in the French
oeil

ei as the
ay
in
way 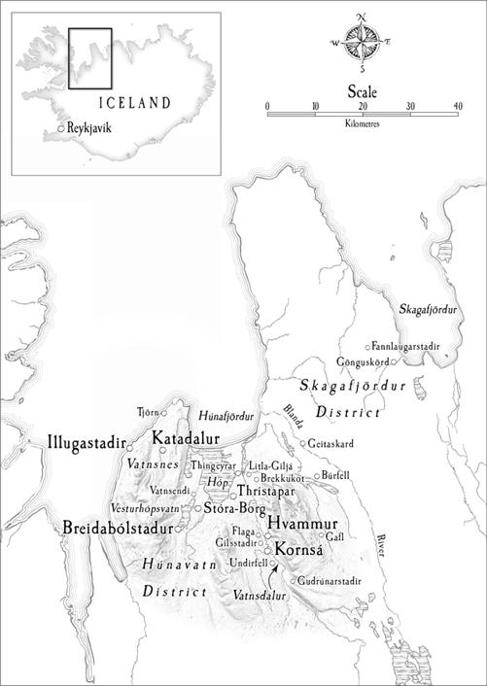 ‘I WAS WORST TO THE ONE I LOVED BEST.’

THEY SAID I MUST DIE
. They said that I stole the breath from men, and now they must steal mine. I imagine, then, that we are all candle flames, greasy-bright, fluttering in the darkness and the howl of the wind, and in the stillness of the room I hear footsteps, awful coming footsteps, coming to blow me out and send my life up away from me in a grey wreath of smoke. I will vanish into the air and the night. They will blow us all out, one by one, until it is only their own light by which they see themselves. Where will I be then?

Sometimes I think I see it again, the farm, burning in the dark. Sometimes I can feel the ache of winter in my lungs, and I think I see the flames mirrored in the ocean, the water so strange, so flickered with light. There was a moment during that night when I looked back. I looked back to watch the fire, and if I lick my skin I can still taste the salt. The smoke.

It wasn’t always so cold.

THERE WILL BE AN AUCTION
on the 24th of March 1828, at Illugastadir, for the valuables the farmer Natan Ketilsson has left behind. There is one cow, a few horses, a considerable amount of sheep, hay and furniture, a saddle, a bridle, and many dishes and plates. All this will be sold if a decent offer is presented. All valuables will be awarded to the highest bidder. If the auction is not possible due to bad weather, it will be cancelled and held the next day, weather allowing.

To the Very Reverend Jóhann Tómasson,

Thank you for your worthy letter from the 14th, where you wished to be informed of how we attended to the burial of Pétur Jónsson from Geitaskard, who is said to have been murdered and burned on the night between the 13th and the 14th of this month, with Natan Ketilsson. As my Reverend is aware, there was some deliberation over whether his bones should be buried in consecrated ground. His conviction and punishment for robbery, theft, and receiving stolen property was to follow after his prosecution in the Supreme Court. However, we have not had any letters from Denmark. The Land Court judge convicted Pétur on the 5th of February last year, and sentenced him to four years of hard labour in the Rasphus in Copenhagen, but at the time of his murder he was on ‘free foot’. Therefore, in answer to your enquiry, his bones were buried with Christian rites, alongside Natan’s, as he could not yet be thought of as belonging to those outside the Christian way. These people are expressly defined in the letter from His Majesty the King on the 30th of December 1740, which lists all persons who shall not be permitted Christian burial rites.

To the Assistant Reverend Thorvardur Jónsson
,

I trust this letter finds you well and thriving in your administration of the Lord’s work in Vesturhóp.

Firstly, I wish to extend to you my congratulations, however belatedly, for the successful completion of your studies in the south of Iceland. Your parishioners say that you are a diligent young man, and I approve of your decision to repair to the north to begin your chaplaincy under the supervision of your father. It is of considerable joy to me to know that there remain righteous men willing to fulfil their duties to man and God.

Secondly, I, in my capacity as District Commissioner, write to you in request of service. As you will be aware, our community has recently been darkened by the shadow of crime. The Illugastadir murders, committed last year, have in their heinousness emblematised the corruption and ungodliness of this county. As District Commissioner for Húnavatn, I cannot abide societal waywardness and, after the anticipated authorisation from the Supreme Court in Copenhagen, I intend to execute the Illugastadir murderers. It is with this event in mind that I ask for your assistance, Assistant Reverend Thorvardur.

As you will recall, I related the event of the murders in a letter circulated to the clergy almost ten months ago, with orders that sermons of chastisement be delivered. Allow me to repeat what occurred, this time to provide you with a more invested consideration of the crime.

Last year, on the night between the 13th and 14th of March, three people committed a severe and loathsome act against two men, with whom you may be familiar: Natan Ketilsson and Pétur Jónsson. Pétur and Natan were found in the burnt ruins of Natan’s farm, Illugastadir, and a closer examination of their corpses revealed wounds of a deliberately inflicted nature. This discovery led to an enquiry, and from there a trial ensued. On the 2nd of July last year the three persons charged with these murders – one man and two women – were found guilty in the District Court, presided over by myself, and sentenced to be beheaded: ‘He that Smiteth a Man so that he Die, shall be surely put to Death.’ The death sentences were upheld in the Land Court on the 27th of October last year, which met in Reykjavík. The case is currently being tried in Copenhagen’s Supreme Court, and it is likely that my original judgment will stand there also. The name of the convicted man is Fridrik Sigurdsson, the son of the farmer at Katadalur. The women are workmaids, named Sigrídur Gudmundsdóttir and Agnes Magnúsdóttir.

The Hearts of Horses by Molly Gloss
Hideaway Hill by Elle A. Rose
Blind Eye: The Terrifying Story of a Doctor Who Got Away With Murder by James B. Stewart
Her Christmas Hero by Linda Warren
Short of Glory by Alan Judd
From Herring to Eternity by Delia Rosen
Losing Faith by Adam Mitzner
A Natural History of Dragons by Marie Brennan
Children of Dreams, An Adoption Memoir by Roberts, Lorilyn
Fields of Rot by Jesse Dedman