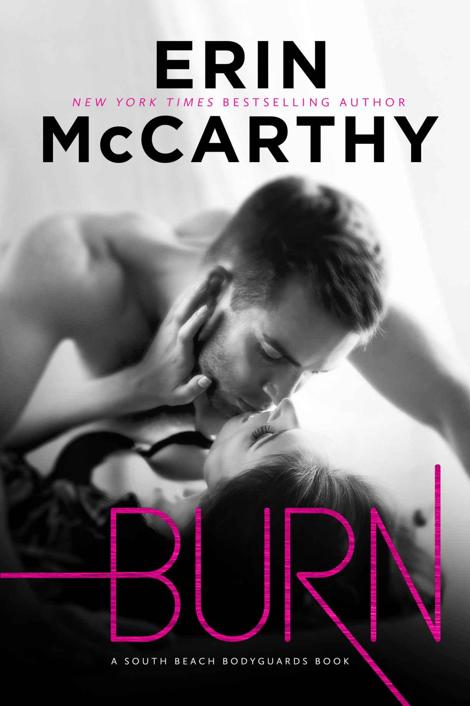 For a full list of over sixty books available visit:

When bodyguard Ryan Harris finds an intruder in his apartment, he’s shocked to realize it’s his former stepsister, Isabel Rodriguez. Naked. In his shower. Estranged from his father, he’s only met Isabel a few times, but he’s seen enough to be distracted and unnerved by how gorgeous she is wet and two feet away from him. And did he mention naked? But Isabel insists her name is Julia. It’s either a con or a case of amnesia. Either way, he can’t lay a hand on his former stepsister… or can he? The rules have never stopped him before and they’re not about to now.

Isabel doesn’t know how she got into Ryan’s apartment. She only knows that she feels safe with him. Not to mention very sexy given the way he looks at her. Determined to be underneath that rock solid body, she can’t seem to keep her clothes on around him, even when he tries to resist. When Ryan gives in to the sexual tension between them, there will be no forgetting this steamy night of passion.

No one knows why she’s lost her memory, but she can ignore the uncomfortable reality when she’s protected by Ryan and his hot-blooded strength. But when her memories come crashing back in, will the waves drown out Ryan’s deepening feelings for her?

M
y mom said my dad was an asshole, and she was right. He was. Still is. But then she left him, and left me with him, which makes her an asshole too. Especially since I never heard from her again.

My dad still showed me he was an asshole every single day, which I guess stands for something. A loyal asshole. An asshole who accepts his responsibility. And that’s good enough most of the time, but it doesn’t make him any less annoying to me.

So when I got his texts after turning my phone back on, I felt my shoulders tense. I was sitting in traffic on A1A, otherwise known as the Beach’s parking lot, sweating despite the A/C and contemplating ordering pizza for dinner. So basically, Tuesday.

Get your ass home. Now
.

This would be a perfect, “what are you, my mother?” jab, but in my case, that was too ironic, though I still responded with a “I don’t live with you.”

I hadn’t since I was nineteen, when in show of bravado I had stormed out of his Spanish style mansion. Which meant at twenty-four I was living in the sketchy part of Miami Beach, not exactly ocean view. More like dumpster and graffiti behind the wig shop view, but it was better than sharing space with my old man, Mickey Harris, and his self-proclaimed tough love. Bad enough I still worked for him at Miami Security. I had left his roof and his rules the minute I could find a roommate and an apartment. Now the roommate was gone and it was just me and my bare bones apartment and moldy fridge, but hey, it was the principle of the thing.

Then my screen lit up with an incoming call. Dickhead Dad. I ignored it. If he wanted me to go back to work, he would say that. So I had no idea what he was getting at and I was too tired to care or have any desire to figure it out. It had been a long night on surveillance that had turned into the following day and now I just wanted to order a pizza, drink a beer, and sit on my Craigslist purchased couch.

After fifteen minutes to go through two lights and crawl about a tenth of a mile, I finally made it home. The lady downstairs was outside with her yappy little dog letting him sniff around one ratty patch of grass that flanked the sidewalk. She was probably in her seventies, wearing skintight short shorts and a poncho. Welcome to Miami Beach. “
Buenas noches
,” I said to her as I jogged up my stairs.

She gave me a nod, nothing more. This was our routine and I kind of dug it. I’d never been a charming guy and even old ladies knew that. It felt right.

What didn’t feel right was the air in my apartment the second I unlocked it and shoved it open an inch. I sensed it immediately. A hum, a disturbance. Something. Just a gut instinct. There was someone in my apartment. I thought about my father’s text and wondered what the hell was going on. He did have a key, but why would he be there when he currently lived in an overblown douchepad in a highrise in Sunny Isles?

I pulled my gun out of my waistband. It was stupid to assume anything other than an intruder so I was going in prepared. Quickly, I pushed the door open, to grab the element of surprise. My living room and kitchen were empty. But I heard the very distinct sound of the shower running. Now that was fucking weird. Who broke in and took a shower? And if it was a burglar they must have been disappointed. The only thing I had worth stealing was my gun and that was always on me. Poor prick probably figured if he couldn’t score cash for drugs, at least he could wash his pits. Which was disgusting. I wasn’t going to sit there and say my bathroom was spotless, but I didn’t want a random dude scrubbing his nuts in it.

Moving across the room I realized the bathroom door wasn’t even closed, which gave me a huge advantage. The shower curtain was clear, because it was just the liner. I’d never actually gotten around to buying a legit shower curtain, because, why? The liner worked for now. Coming at the doorway from the side, weapon up, I peered into my bathroom, right through the clear liner, and discovered that in no way was that a dude. That was a woman. Sure, it wasn’t a clear shot, because there was a veil of soap scum, but I knew a naked chick when I saw one, and that was one fine body, with killer curves. She had thick dark hair clinging to her back in wet ropes and her face was tilted up into the spray, giving me an incredible view of a pair of perfect breasts, high, full, round.

Damn. I felt an immediate and uncontrollable reaction. Lust. I couldn’t help it. She was just so… wet. Everything looked slick and lickable and that was more bare skin than I’d seen in recent weeks. She turned slightly and I got a view of her narrow waist and flared hips and a brief, quick glimpse of her inner thighs. Everything about her looked Latin and luscious and, inconveniently, I suddenly had an erection.

My hand relaxed just slightly because I didn’t let my guard down totally. Just because she was hot didn’t mean she wasn’t dangerous. But I needed to shift things around a little in my pants. This was bullshit. I had a burglar boner. It was insane.

So I stepped forward into the bathroom and with one swift movement, I yanked back the shower liner. “What the hell is going on?” I demanded, determined to focus on her face, and stay alert. Look alive, that’s what I needed to do.

She turned and screamed.