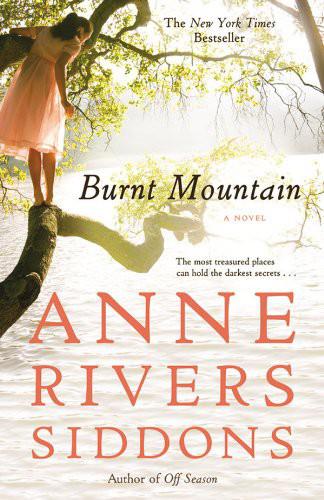 W
e heard it first on an early morning in June. I thought then that it might have been going on for many mornings, but given
what we know about it now, I realize that this must have been one of the first times that it sounded, perhaps the very first.
This year, anyway.

It wafted into our bedroom on a soft green wind, along with the sleepy twitter of songbirds and the heartbreaking sweetness
of wild honeysuckle from the woods behind the house. We had had one of Atlanta’s not-infrequent and unadvertised long, cold
springs and had only slept with our windows open for the past month.

We had moved into our house just recently, and the sounds and smells of our new neighborhood were still unfamiliar to us,
exotic in their strangeness. But we were learning. The sleep-murdering a.m. roar down the street had become the Suttles’ scowling
teenage son starting his motorcycle; the
choking miasma that often drifted over the lower end of the street was old Mr. Christian Wells, who had a widely known fear
of West Nile virus, spraying his extensive lawn with a virulent pesticide; the shrill shriek that set every dog on Bell’s
Ferry Road barking was Isobel Emmett across the street, who had forgotten once again that she had armed the house alarm.

This morning’s sound was different, though. This was the sound of children, many children, far away. Singing.

I lay for a moment without opening my eyes, trying to see if the sound tasted of dreams. It didn’t; the singing children seemed
to be coming nearer, from somewhere in the west, and their song grew louder. I could almost make it out. It was a raucous
shouted noise, somehow a summer song. I felt that. I knew it.

I turned over and looked at Aengus. He did not move, but his eyes were open. Even in the dimness, they burned the banked-fire
blue that I had fallen in love with, the blue of the hot embers of coal. His crow’s wing of black hair fell over one eye.
I had fallen in love with that, too. And the straight thick black eyebrows. I even loved the scattering of black freckles
across his nose and cheeks. Aengus at the time I met him was as unlike any of the other young men in my small southern town
and only slightly larger southern college as a raven to a flock of sparrows. The fact that my mother was appalled by him when
I first brought him home from school lit my budding infatuation into a bonfire.

“Angus,” she had murmured sweetly, looking up at him from under her celebrated inch-long lashes. “Like the cows?”

“I wouldn’t be surprised,” Aengus said agreeably, in the rich lilt that could not have been cultivated in the Deep South or
possibly anywhere else in the country.

“I don’t believe we know any Anguses, do we, Mother?” she said to my grandmother, who lay reading on the chaise on the screened
porch where we had gathered.

“He has fire in his head,” my grandmother murmured, not looking up from her magazine.

Grand gave a disgusted sniff, still not looking up. She was wearing one of the bright silk caftans she had brought home from
India, and her vermeil hair was piled on top of her small, elegant head. I thought she looked beautiful.

“Well, she certainly knows her Yeats.” Aengus grinned. “I spell it that way, too, Mrs. Wentworth. With an
A
before the
e.
Nobody uses it like that but my mother, but there it is. Will you come dance with me in Ireland?”

“I have no idea what either of you is talking about,” my mother said dismissively. “Thayer, go get us some iced tea. The sweet,
in the pitcher. There’s mint in the fridge.”

I got up, but before I left the porch I saw my grandmother lift her head and give Aengus her dazzling full smile. She had
been a great beauty; everybody said so. When she smiled like that she still was.

“I will dance with you anywhere, Mr. O’Neill,” she said, and from that moment on she loved him almost as much as I did, until
the day she died.

Aengus looked over at me now, half-smiling in the dimness.

“What on earth do you think it is?”

“The children of Llyr,” he said, stretching luxuriously. “Grieving for the human children they were before the Dagda turned
them into swans.”

“I don’t want to hear any more of your damned Irish bog fairy tales,” I said. “Really, what do you think that is?”

We listened for a moment. The singing children were coming closer. Their song was a real shout now. Its familiarity tickled
my tongue.

“Kids having a good time. They’re obviously going somewhere in a car or something, the way they’re moving closer.”

Another moment passed, and then I said, “I know what it is! It’s ‘The Cannibal King’! It’s a great kids’ song; we used to
sing it endlessly on the bus to camp and coming home….”

Just then we heard the
shushhhh
of air brakes and the grinding of big gears changing.

“It is a bus,” I said. “Where on earth are those kids going this early in the morning on a bus? There aren’t that many kids
around here….”

“Isn’t there a camp or something that all those assholes in Happy Hollow whomped up for their little darlings?” Aengus said
peevishly. “God knows there are enough toddling scions and scionesses over there.”

Our street, Bell’s Ferry Road, ran through the hilly river forest surrounding the Chattahoochee River just to the west
of Atlanta. Many of the big old houses had been summer places for well-to-do Atlantans for decades—ours was one of those—and
the newer ones were gracefully and conservatively built to blend in. It was a cool ribbon of a street, winding its way down
to the bridge that spanned the river.

On the other side of the bridge there was a gated community of houses so jaw-droppingly expensive and baroquely designed that
first-time visitors were often stricken to silence—the few who were invited into the enclave. It was called Riverwood, and
it gleamed, as my grandfather used to say, like new money on a bear’s behind and was as impenetrable as Gibraltar. It was
a mark of distinction among many people we knew not to know anyone who lived there.

To get anywhere near the city or the freeway, the Riverwoodies had to drive back east up Bell’s Ferry Road toward town, and
it was all I could do to stop Aengus from throwing rocks or squirrel turds at their Jaguars and Land Rovers and chauffeured
limos. I don’t know why Riverwood and its denizens riled him so. Aengus had no temper to speak of, and had never seemed to
care who lived where.

But Riverwood maddened him.

“I think it does have a camp,” I said now. “Up in North Georgia near Burnt Mountain, maybe. It’s private; only their kids
can go. This would be the time of year for it to start and that
was
a bus, and that song…”

“Yes. I don’t think there’s a southern kid alive who doesn’t know it.”

So I sat down on my side of the bed and sang:

Oh, the Cannibal King with the big nose ring

Fell in love with a dusky mai-ai-aid,

And every night in the pale moonlight

Across the lake he’d wa-a-a-ade.

In the shade of the bamboo tree-ee-eee,

And every night, in the pale moonlight,

“You were supposed to give your arm a big sloppy smack after all the ‘aye-oomphs,’ ” I said. I was smiling slightly; I could
feel it on my lips. The hot, dusty cocoon of the yellow bus, and the blue and green young mountains of North Georgia flying
by, and the smell of suntan oil and Popsicles, and sweet young voices shrieking at the tops of their lungs. Camp. Going to
camp.

“I’ll never hear ‘The Cannibal King’ again without thinking of you,” he said.

I looked over at him, and suddenly, unaccountably, my eyes filmed with tears and my chest and throat constricted, and I
saw, not Aengus’s dark, sloe-eyed face but another one: tanned nose peeling, sun-bleached hair hanging over gray-green eyes,
chipped front tooth, a slow smile that made my breath stop. Always.

This is where we should get married, a deep voice said from the other pillow. A top bunk, I remembered…

I jumped to my feet and went to the window and looked out, not seeing the tender new green or smelling the sweet honey of
the sun dappling through the branches onto our lawn. I was stony with pain and surprise. I had buried it all so deep…. It
was so long ago….

Up at the end of the street I heard the bus’s air brakes hiss again and the gears growl as it made the turn onto the road
that would take it to the freeway north. A last banner of song floated behind it: “Oh, the Cannibal King with the big nose
ring…”

It did not sound cheeky and summer-day and young now. It sounded somehow menacing. Knowing, in a crawling, terrible way. Wrong.

I turned and ran across the rug and slipped into bed and buried my face in Aengus’s neck. He pulled me close to him, holding
me hard against the long length of him.

He held me that way for a long time, but I did not get warm again. At least not that day.

Once, in my freshman year at Sewanee, I lay in the infirmary shaking with influenza and tried to estimate the number of times
I might conceivably have said those words to someone. Within five minutes I realized that even without the burning forehead
and the throbbing bones I would have had more luck tallying stars.