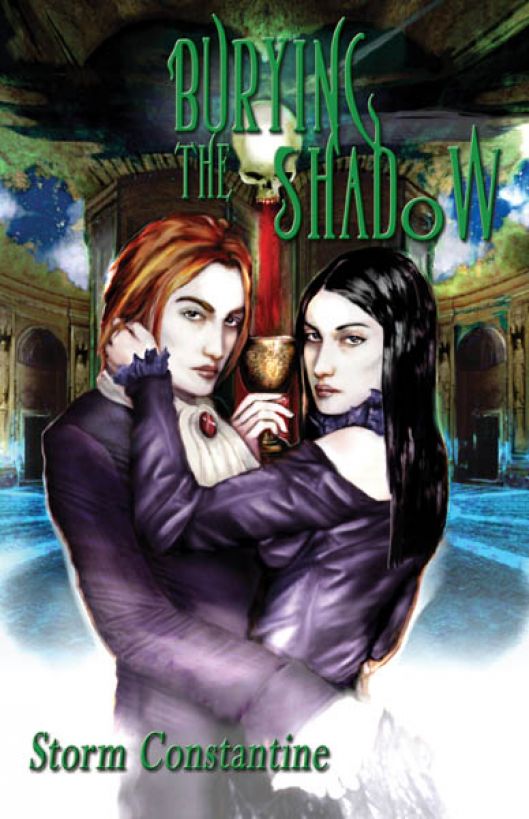 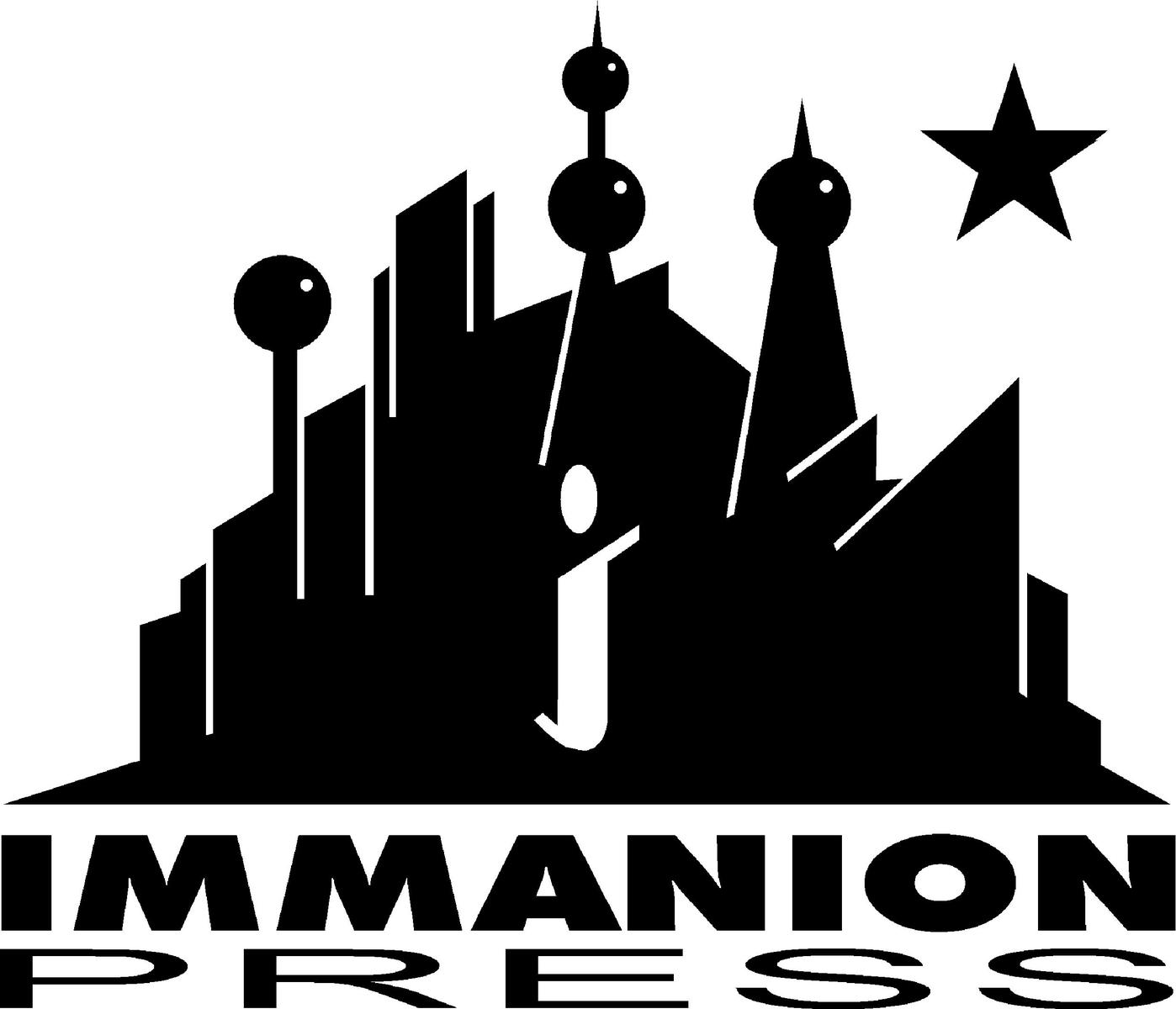 This is a work
of fiction. All the characters and events portrayed in this book
are fictitious, and any resemblance to real people, or events, is
purely coincidental.

This ebook is
licensed for your personal enjoyment only. This ebook may not be
re-sold or given away to other people. If you would like to share
this book with another person, please purchase an additional copy
for each person you share it with. If you’re reading this book and
did not purchase it, or it was not purchased for your use only,
then you should return to Smashwords.com and purchase your own
copy. Thank you for respecting the hard work of this author.

All rights
reserved, including the right to reproduce this book, or portions
thereof, in any form.

The right of
Storm Constantine to be identified as the author of this work has
been asserted by her in accordance with the Copyright, Designs and
Patents Act, 1988.

His is the
kiss of a timorous lover.
Feel his inhuman lips on the
throat, the heat of it.
The bite, when it comes, is
cold.
Begin to sink as the blood flows into his mouth; it is
almost soothing.
No pain.
No pain at all.
His
teeth grind into the muscles; ecstasy and torment.
Life, the
very being, is flowing out.
Unholy nourishment.
Holy
nourishment.
Drained slowly.

The trauma
of it feels like being torn, but it is no more than suddenly having
the ability to experience reality in a different way.
Waiting for the end... for what?
Cannot foretell.
No longer flesh, no longer blood.
Soul.
Free.

Canto One
Section One

‘…
and this dire
change, hateful to utter…’

A renegade burned out
among the stars last night.

My brother and I were
visiting the open air theatre in the Avellan
zuko
with the
Di Corboran family, for the opening night of the new Zamzummim
production. The play, as is usually the case with Zamzummim
confections, was the light in the centre of a jewel; coruscant. As
well as the noble families of Sacramante - humans all - many
members of the artisan eloim throngs were present, including Miahel
Shahakim who was being brought out by his elders for a second
cycle. This inevitably caused a stir among the patrons. Miahel had
been confined to the atelier courts for over forty years; now he
emerged, fresh as a dew-heavy bud, sleekly fed and quivering with
unspent energy. His presence was almost as gratifying as the
Zamzummim play. Almost.

Beth and
myself were alone in representing the Metatronim throng that night;
our father was incubating a new epic lyrica at the time and needed
the support of his kin around him. We had always been somewhat
estranged from our family throng; Metatron’s creative parturitions
barely touched us nowadays.

During the
interval, all artisans present in the audience, together with their
patrons from the great families of the city, repaired to the salon
above the stage for refreshment. Here, long windows were thrown
open to the night, and the balconies were festooned with heavy
swags of woven flowers, oozing a frenzied perfume. The night was
alive, as only a late summer night can be.

Below us, in
the
zuko
square, the rank and file of the city milled in a
great crowd, queuing at the essence-blenders’ stalls to buy their
cocktail cordials. They were not permitted within the theatre
itself (indeed could not afford it), but dressed up in their best
clothes to celebrate, in their own way, outside. Occasionally,
they’d be brave enough to glance up at the balconies, hoping for a
glimpse of a famous eloim artisan.

For several minutes, I
leaned upon the rail, gazing out across the city of Sacramante,
breathing in its riot of scents; the hot flesh-smell beneath me,
the flower haze above. In the room behind, Oriel Zamzummim
bashfully courted praise for the first half of his production,
nervously pointing out that, as yet, the praise was undeserved.
What if no one liked the second act? Nevertheless, he accepted the
congratulations and kisses of his admirers; none of it was
undeserved, in my opinion. I had no fears for the second act.

Spreading out
my arms along the balcony rail and leaning backwards, I showed off
the precise lines of my new velvets while, just inside the room, my
brother, Beth - as ever a potent charm in black and gold lace -
grilled Oriel for information about his current work in progress.
Beth is an artist; I knew he did not really care what Oriel was
doing. Exhibiting interest was simply a political move. I raised my
head and watched him with a faint smile on my face, waiting to
catch his eye. So beautiful, my brother Beth - I love no other
more. Just as our glances collided through the throngs, our glasses
raised in delicious complicity, a terrible sound came from outside:
a cry, a wordless shout.

At that
moment, everything went utterly still, but for the light shooting
from jewelled throat to jewelled throat, from candelabra to
chandelier. Nobody spoke, because the sound, so immediate in its
intensity, told the artisans present all we needed to know. We
felt
it too, felt it deep and hard beneath our skins. As
one, the silent gathering slid out onto the balcony, human patrons
in quick pursuit. Below us, all the eyes of the crowd were raised
in the direction of the atelier courts. The high, dark tower of the
campanile could clearly be seen, with its baroque crown of stone
lace, so intricately worked. Something moved there, something that
generated a hiss within each throat and sent fingers flying to open
mouths. A figure clawed at the fragile lace of the bell tower; a
tiny, stick-like figure at this distance. I saw the gleam of cloth
of gold, the gleam of golden hair; white hands and face like little
marble stones. I felt Beth behind me; he entered my mind through
the door that is privately his.
‘Who? Who!’
I felt behind me
for his hand, clutched it until my fingernails bit flesh.

‘They have
closed all doors,’ I informed him. ‘I cannot tell.’

Another play
was being enacted on the campanile, but we were too far from it to
discern the details of its drama. There was movement, jerky
movement, and time hung suspended like an iron sword. Then the wind
of flight was in my blood, in the blood of all of us, and the
figure fell. For a brief instant we were permitted ingress through
the splintered doors of a ruined mind; I felt the body arch, felt
the hurricane of impending destruction in my flesh, felt...
nothing.

Moments later,
a scream shattered the balmy night air; and again, and again.

I gasped and
buried my head in the supple fall of my brother’s hair. His arm
curled around me. It was over.

We were in the
centre of a numbed ganglion of scratched nerves. Nobody spoke, but
the breathing was loud. Then, quite nearby, the proprietor of the
theatre summoned one of his people through the stunned silence.
There was a whispered enquiry and the servant departed. There was
no more fuss than this.

‘Perhaps it
was a stunt,’ a Di Corboran woman said, brightly, fracturing the
hush.

Beth’s arm
tightened around me. ‘Perhaps,’ he answered, though I saw,
reflected in his eyes, the same bitter-cold dread that was in his
heart. In both our hearts. We knew that cry; it was the lament of a
soul’s death, yet, at that distance, we could not identify the
source, or put a name to it.

We, the eloim throngs,
for whom death is but a far threat, (as is rare disease to men and
women), were having to face the Dark Brother with increasing
regularity. Death was not occurring through decay or sickness, but
through suicide; the ultimate, unbelievable obscenity. At first, we
had thought the self-destructions a bizarre coincidence - freak
events - or else a natural culling of defective spirits, but now...
How many dead? Five, six? And in the space of only seven months.
Was this condition confined to the city, or were other eloim,
abroad in the world, suffering the same decline? Would it pass?
Would the sardonic brother furl his wings once more and leave us
be? What was engendering this terrible despair, causing eloim to
seek the kingdom of their most feared enemy? So far, our elders,
the Parzupheim, had refused to view these events with importance.
Now, concern was growing among the throngs. Soon, surely,
investigation must be made and action taken.

The
theatre-master’s servant returned and whispered in his master’s
ear. People were beginning to move back into the theatre for the
second half of the play, discreetly holding on to each other - men,
women and eloim alike - and trying to recapture the heady pleasure
of the early evening. There was little point in letting whatever
tragedy had occurred blight the performance. The performance is the
life of the city, our life, and beyond all considerations of
personal grief. Whatever information the servant had imparted to
the theatre-master would not be discussed until the performance was
concluded; it would be improper to do so before, and disrespectful
to Oriel. Poor Zamzummim; I am sure he saw acute omens in what had
happened. Yet the performers, as if driven to excellence by the
shade of calamity, sailed through the rest of the play with
exuberance and zest, clawing back the cowering spirits of the
audience into the moment, and making them soar and ache with
passion.

After the performers
had left the boards, I made a point of visiting the eloim’s private
balconies high above the stage, in order to applaud Oriel Zamzummim
warmly for his efforts. He was an appealing figure, dark and
intense of countenance, yet dwarfed by his overwhelming brethren of
greater height and stature; I accorded them a brief, cordial
glance.

‘Gimel,’ Oriel
said, half rising from his seat as I approached. ‘Gimel.’ Just my
name, so softly.

I leaned
forward and briefly touched his hand. ‘Come to the house soon,’ I
said. ‘And when are you going to create a part for me in one of
your successes, hmm?’

He smiled
vaguely. ‘I wouldn’t presume, sweet lady,’ he said, pressing the
ends of my fingers to his brow.

That cheered
him up a little. ‘You honour me.’

I accompanied
him to the astral dome above the balconies, where everybody was
heading for liqueurs. I felt quite light-headed, and somehow
drained, as if I had been weeping for hours.

Leone Di
Corboran, the special patron of the Metatronim throng, sought me
out and plucked me from Oriel’s arm. He had the news, of course,
and it was only right my patron should tell me.

Leone had
never denied himself any of life’s pleasures; he was a large and
solid man, but for all his size not without his attractions. ‘Where
is Beth?’ I asked him, as he opened his mouth to speak. Around us,
everyone had gone into huddles and were speaking quickly, in low
voices.

‘He begged me
to give you his apologies,’ Leone said. ‘He has retired to the
inner salon for a few moments alone.’

‘Without me?’
I was astounded.