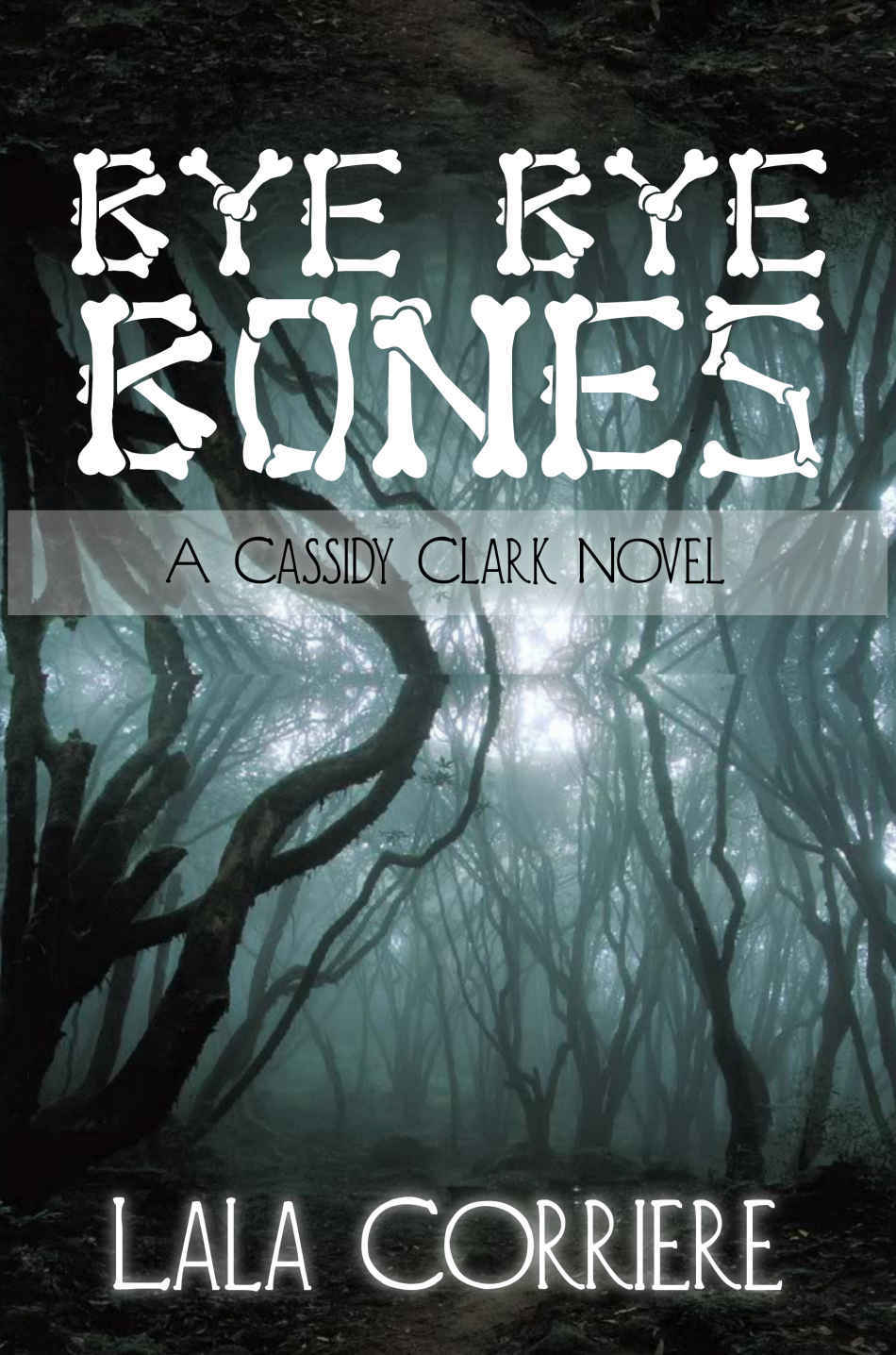 It is said every human has an evil eye.
Seeing through it is what becomes disturbing.
Mirror, mirror, on the wall,
Time for the pretty ones to fall.
Chapter One
JAXON GILES PUKED over the edge of his front patio as he waited for the sheriff’s department to arrive. Again. Wiping his mouth with the sleeve of his suit jacket before stripping it off, he tossed the soiled Armani over the stucco wall, managing to avoid the pile of vomit.

As he dialed 911for the umpteenth time, he felt like the male-version of Nicole Brown Simpson. “You know the house. You’ve been here before. Sandra Vickery is at it again.”

Jaxon sat down on the second travertine step and loosened his tie. February in the desert brought chilly evening temperatures. The crisp air was now his friend. Hell, Fargo wouldn’t be cold enough to cool down the blood that boiled in his veins.

The red and blue lights finally made their way up his driveway and an all-too familiar deputy exited the car. Jaxon didn’t recognize his partner on the other side of the car.

“She was just here. Again.”

“Did she cause you physical harm this time?”

“She was pulling out of the back drive when I got home.”

“Non-verbal. A nice big finger waving at me and you know which one.”

“No. Because my dog is not my property. He’s my goddamned family.”

“You need to calm down, Mr. Giles.” The deputy thumbed through his notes and, after a long sigh, said, “So, I see here from dispatch that you arrived home approximately forty minutes ago to find your ex-wife pulling out of your back driveway, flipping you the finger, to quote you, and only later you discovered your dog in the backyard. Deceased.”

“If you think five-minutes is later, that is correct. You’ve been here how many times? You know she’s the one who killed Gecko!”

“The only thing I know right now is your emotional state has me most concerned.”

The deputy motioned to his sidekick before turning his gaze to Jaxon. “My partner will escort you inside your home while I check out your backyard, okay?”

Jaxon nodded, understanding the stern verbal hint. He knew if he weren’t careful he’d be the one spending the night in a jail cell. After following the second deputy indoors, he poured himself a scotch, neat.

Worried about his girlfriend, Jessica Silva, he checked his watch. It was 10:15 and Jessica, a local evening news anchor, would be on the air. And safe. Maybe.

Fifteen minutes later there was a rap at his back kitchen door. The first deputy entered, just ending a phone call.

“I can’t see any signs of foul play, Mr. Giles. Your dog shows no trace of injury.”

“I just took a call from another squad car that drove to Ms. Vickery’s home. The funny thing is that she was home, sitting in the living room watching television. She had no problem letting our deputies inside. In fact, they report she had been sitting on her sofa knitting a baby blanket.”

“Don’t you get it by now? There is no goddamned baby. She’s brilliant at this game. I haven’t touched this woman in over two years and yet she insists she’s carrying my baby. Maybe she’s delivering an elephant and going for twenty-two months. Either way, it isn’t mine.”

“Didn’t you report a burglary about a year ago at this property? No sign of forced entry?”

“It was nineteen months ago. The place was ransacked.
Vandalized
. The deputies asked me if anyone had a key to my home. At first I said no but then remembered my housekeeper kept one.

“They wanted to question her, and they did, but I was the one to put the pieces together. My housekeeper has been with me for years. And suddenly, she also began cleaning my ex’s house.”

“But your wife was cleared, along with the housekeeper.”

The lead deputy took a seat on the leather sofa. “Then give me something. Right now we can’t even bring her in for questioning.”

Jaxon blurted out, “You won’t touch her because she donates to all of your fundraisers. I get it. She’s Tucson’s own little heiress. Vickery Pools. You guys won’t do anything but kiss her royal ass.”

He knew he was crossing the line. Frustrated, he tossed his hands up in the air and rolled his head from shoulder to shoulder, well aware of every knot and pop.

“Might help.” The deputy paused, took a deep breath, “Why haven’t you taken out a restraining order on her?”

“Well, apparently she has. Get the restraining order. And notify all of your neighbors. This is no time to be private.”

He knew the facts. At best, that order was a worthless piece of paper. The flip side was that it might send this woman over the edge into a cavernous rage.

Chapter Two
IT STARTED OFF AS any normal day. I was out of coffee pods. Great. That left me with the bitter tasting dandelion-root tea that was supposed to detoxify my body. I guess it worked since every time I stomached a cup of the nasty stuff I ended up with diarrhea.

My cat had done her projectile vomiting thing. Never on the tile floor. Always spewed across the oriental carpet. Of course, I was barefoot when I walked through it.

And for the fifth time in three weeks, my newspaper beckoned to me as it lay cradled between several mature Prickly Pear cacti pads.

Then the phone call. This wouldn’t be any ordinary day.

“Detective Manning here. I need your help, Cassie. Big time. FBI may want to get involved but I need you now.”

“Tell me something that would make me want to work with your sorry ass again,” I said.

“People are disappearing. All across the valley. Poof. Gone. Like vanished.”

“Happens all the time here in the desert, given the demographics and the illegals.”

“Hear me out. That’s not the case. We can’t make a connection but we have five women that have gone missing and they span all of humanity. Old. Young. Rich. Poor. Educated and not. All races. And no illegals.”

“Because we’ve managed to keep a lid on this but I have a hunch we’ve run out of luck. Congresswoman Strong appears to be our newest person to disappear.”

“I hate that bitch.”

“So do I. So does most of southern Arizona. But that doesn’t mean we play mean, right?”

As I looked across my counter at the fancy box of crap tea and back out at the cat puke with a three-foot projectile range, I realized I would not be enjoying the morning paper without serious bodily harm.

Proclivity toward the insanity of certain crimes, serial crimes being one of them, is what drove me back to his office and what I frequently referred to as his sorry ass. I arrived in less than forty minutes.

I STORMED IN TO the office of Chief David Manning. The small quarters, close to dank and totally gloomy, didn’t lighten my mood. Gray paint?

Manning closed his office door. “Okay, let them out. They have to breathe.”

Finnegan and Phoebe, my so-named pupcakes, eagerly emerged and being Teacup Yorkies and the king and queen of lickers, ran to meet the chief with their tongues hanging out and tails wagging.

“What do you have for me, Manning?” I whined. “Better be worth it.”

“It’s only worth it because your name is all over it.”

“Meaning you don’t have much, do you?”

“Cassie, you’re the best private detective in town. I have five, maybe six, missing persons. Like I said on the phone, all female, but nothing else ties them together.”

“I repeat, how many citizens go missing in the valley each year?”

“A lot. But if you cross off the illegal immigrants, that number is significantly reduced.”

“We have plenty of gangs around here,” I said.

“And we have our pulse on them. There’s no way we can keep track of every Trap House or Trap Star, but they aren’t on my radar with these cases.”

“Okay. So it’s not a crack house or a dealer. Where’s your board of the vics?” I asked.

David Manning led me back to the conference room and rolled up the map of Southern Arizona to reveal photos and data on all of the missing people. Except one.

“You said maybe six. Where’s the sixth?” I asked.

“I’m not sure she fits the profile.”

“Damn it, Manning. Put up the sixth possible.”

Manning opened his briefcase and removed a stained accordion folder. He retrieved a paper-clipped bunch of papers that contained one faded photograph and a few loose notes.

“I’ll get you the entire file if you’ll take your high-horse down a notch. If this crime is related, she would be our first. Almost eighteen months ago and only eighteen-years-old. You’d think a runaway but this little lady was studying to take her real estate exam to work with her mother. She lived with her mom and all of our reports indicate she was on top of the world with her new career potential.”

“Get a better photograph and put her up on the wall.”

“Did I ever tell you that you look like Woody Woodpecker with your red hair pulled up on top of your head?”

“I didn’t have much time to groom and besides, you look like Don King on a good day.”

Manning taped the only photo the file contained to the wall of fame before writing down the key facts.

I took a seat on one of the regular government-issued cheap chairs to study the wall.

Nothing gelled. An eastside twenty-three year old with aspirations of becoming a model. Working some television ads and a little print. Missing for ten months. Eight months ago, a waitress from mid-town. Employed by a chain restaurant but rumor had it she was moving up to white linen tabletops. Thirty-four. A hairdresser at
Cosas Buenas
Spa and Salon, forty-nine, missing for five months, and living on the far northwest side of town. Two months ago, a socialite from the foothills, thirty-seven. Congresswoman Elizabeth Strong, forty-one. And the new addition to the wall. The eighteen-year-old, trying to forge out a career. We have young women. Blondes. Brunettes, and the obvious fake redhead.”

I slapped my hands down on his desk.

He shook his head and grinned. “Just getting back to you for that comment about my fat gut.”

The Knowledge Stone by Jack McGinnigle
i 077f700896a1d224 by Unknown
Senn (A Cocky Cage Fighter Novel Book 5) by Lane Hart
Once Forbidden by Hope Welsh
Having Everything Right by Stafford, Kim; Pyle, Robert Michael;
Levitate by Kaylee Ryan
Nothing Ever Dies: Vietnam and the Memory of War by Viet Thanh Nguyen
Too Close to the Edge by Pascal Garnier
Flowers for My Love by Katrina Britt
I Hate Everyone...Starting With Me by Joan Rivers