Read Cadence of My Heart Online

Cadence of My Heart 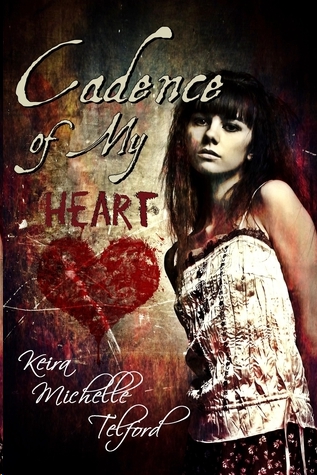 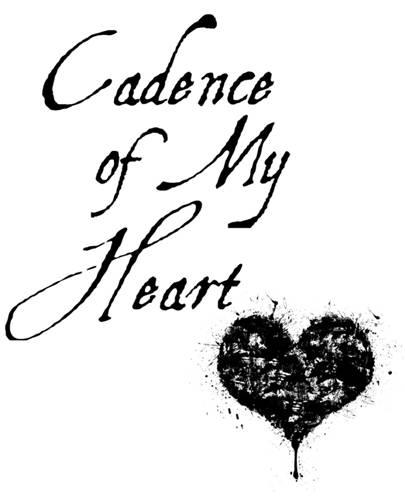 This is a work of fiction. Names, characters, businesses, places, events, and incidents are either the products of the author’s imagination, or used in a fictitious manner. Any resemblance to actual persons, living or dead, or actual events is purely coincidental.

“I looked and looked at her, and knew as clearly as I know I am to die, that I loved her more than anything I had ever seen or imagined on earth.”

In the darkened hallways of the servants’ quarters in Neverleigh Manor, Cambridgeshire, a butler—an older gentleman in a black pinstripe suit, complete with waistcoat and polished shoes—selects an appropriate wine from the cellar to accompany the cook’s menu for this evening’s dinner. Elsewhere in the servants’ halls, a handful of footmen check their liveries, making sure they’re clean, pressed, and ready for service.

A kitchen maid in a plain blue blouse, charcoal skirt, and white apron preps vegetables at the kitchen table, while the cook pays for a fruit and vegetable delivery at the servants’ entrance. In an adjoining room, a mature housekeeper with pinned up gray hair and a long royal blue dress, pores over letters of recommendation from applicants vying for a housemaid position.

A vacancy recently popped up after one of the house’s senior housemaids found herself pregnant following a careless romp with one of the stable hands, and was therefore forced to leave service.

Stepping through the front doors of this elegant stately home is like falling through a time portal that throws you back two centuries. It’s a romantic devolution due entirely to its relatively new owner—an eccentric American billionaire, Harlan Ashlock—who decided to recreate the Victorian era in all its glory, purely for his own amusement. Since he’s also slowly acquiring country houses and estates in other counties—buying up enormous parcels of land, and even one entire village—it seems reasonable to assume that quirks like this may soon start to appear elsewhere.

Though there’s no real purpose to many of the unusual things he does, his eccentricity is having certain benefits for the locals. For every place he buys, he hires a full complement of staff to manage the property and grounds, including: butlers, valets, footmen, housemaids, cooks, kitchen maids, stable hands, groundsmen, and so forth.

And it’s catching on.

Privately owned stately homes up and down the country—in an effort not to be outdone by the Ashlocks—have started hiring their own domestic staff, and people are clamoring for the jobs. Affluent landowners like these can offer long-term job security, and a comfortable, live-in working environment. It’s a life of hard graft, but one that’s well worth the benefits it provides.

Neverleigh Manor in particular—a sprawling Jacobethan-style country house that was once on the verge of collapse—now employs over fifty domestic staff, thanks entirely to Mister Ashlock and his young British wife. They used their deep pockets to fully restore the building, gave the estate a new lease on life, and secured its future for another generation with the birth of their daughter, Cadence—sole heir to the Ashlock family fortune.

“I have to go.” She wriggles backwards off the bed, finding her high-heeled shoes on the floor of the housemaid’s sparse, undecorated bedroom. “Cadence’s piano lesson just ended.” She slips on the shoes, raising her from five-eight up to a clear six feet.

The unsatisfied housemaid, Rachel, a twenty-something blonde in a plain black dress and white apron, stares at Marlee in disbelief, her legs still spread on the bed.

“So that’s my lot, then? You’re not even gonna finish?”

“I don’t have any more time,” Marlee grumbles, checking her appearance in a wall mirror. “You were taking too long.”

“Pardon me for enjoying myself.” Rachel reaches for her knickers. “You live your whole life by that girl. Do you realize that?”

“Yes, I do.” Marlee’s long, honey blonde hair is too ruffled to pin back up properly, so she lets it loose. “It’s my job, Rachel. I take care of her.”

“She ain’t a bloody toddler, Marlee. She’s nearly sixteen. She won’t self-destruct if she has to spend two minutes alone.”

Marlee doesn’t bother to argue. She’s going to tend to Cadence, and that’s all there is to it. Not only is it a job requirement for her to be at Cadence’s beck and call, but it’s a pleasure. She’s likes being with Cadence, much to the confusion of the other staff who see a much greater separation between servant and master. In that way, Marlee’s position is somewhat unique.

As Cadence’s nanny, she’s set apart from the other domestics in the household. Unlike them, she gets to sleep upstairs with the family, in the room next to Cadence’s. She gets to join them for breakfast, lunch, and dinner, and often receives invites to attend family functions as Cadence’s chaperone. She could also have her own assistant—a nursemaid—if she so wished, although she’s never seen the need for it. She rather likes having Cadence all to herself.

Cadence is the oldest child she’s ever cared for, having begun her employment with the Ashlocks little more than two years ago, when the adolescent heiress was already thirteen and a half. At that time, the child’s elderly nanny had suddenly—and rather inconveniently—dropped dead, leaving a rather large void in Cadence’s care-giving, but not in anyone’s heart.

The woman was, by all accounts, a crotchety old witch who’d spent far too many years on this Earth making life a misery for countless children, so nobody was much saddened by her passing—least of all Cadence. For her, it was a blessing. For her parents, it was a nuisance. For Marlee, it was little more than a fortuitous opportunity to get away from screaming babies and dirty nappies for a few years, and into a job where she could enjoy a few perks of working for one of the country’s richest families.

Since her position at Neverleigh is higher ranking than that of a simple housemaid, Mister Ashlock doesn’t insist that she wear the Victorian-inspired uniforms he makes the other staff wear. Instead, she’s instructed to wear outfits which emphasize her womanly assets, and he’ll quite boldly state to anyone who asks: “If I have to look at her, I want to
look
at her.”

That means he wants to see her cleavage, it being ample and quite delightful, and his wife somewhat lacking in that department. To anyone who questions it, the answer is given that a nanny ought to exude femininity from head to toe—and Marlee surely does—although that hardly explains why her more mature, wrinkly predecessor wasn’t bound to the same rules.

In compliance with the dress code, she’s required to wear a selection of high heels, stockings, calf length skirts, push-up bras, and fitted blouses—the latter all having open necklines—and today’s ensemble is no exception.

She fastens the buttons of her black silk blouse, adjusts her breasts within, and reaches for a stick of lipstick held by a garter at the top of one of her stockings. She applies a fresh coat to her lips, makes sure her makeup isn’t smudged around her hazel eyes, then rummages for something in a beside drawer.

“Whatchu looking for?” Rachel scowls, still annoyed that she has to carry on her day without reaching sexual climax.

“Why? Worried your precious little brat will smell housemaid on you?”

“No, you just leave a bad taste in my mouth.”

She follows that with a wink, but Rachel still wallops her with a pillow.

Double The Love (BWWM Pregnancy Romance Novel) by Cleo Jones
Rise of the Mare (Fall of Man Book 2) by Jacqueline Druga
Father's Keeper by Parker Ford
Kissing The Enemy (Scandals and Spies Book 1) by Leighann Dobbs, Harmony Williams
The Bear: A Novel by Cameron, Claire
No Strings Attached by Lark, Erin
The Spell Sword by Marion Z. Bradley
Before the Rain: A Memoir of Love and Revolution by Luisita Lopez Torregrosa
Spanked by an Angel [Notorious Nephilim 1] (Siren Publishing Ménage Amour) by Carolyn Rosewood
Better Than Revenge (Sweet Secrets #1) by Taylor Henderson