The characters and
events portrayed in this book are fictitious or are used fictitiously. Any similarity to real persons, living or dead, is purely coincidental and not intended by the author. 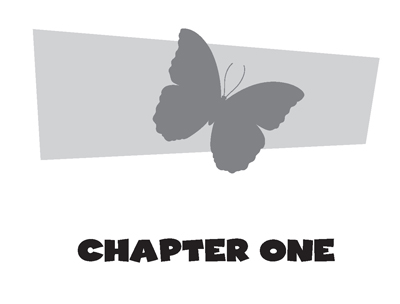 Bindi stared into the shop window, paying close attention to a gorgeous multicolored shoulder bag. “Check out that bag, Mum,” she said enthusiastically. “It's so pretty!”

Robert wasn't too far away, staring with undisguised admiration at a toy shop, which had boxes and boxes of remote-controlled dinosaurs just waiting to be bought.

“Mum, look at the velociraptor!” he said awestruck. “It looks so real.”

Bindi was now peering closely at the price tag on the bag, looking worried. “Um, are Singapore dollars more or less than Australian dollars?”

Terri laughed. “Less.” She glanced at the price tag. “But not that much less!” She dragged her kids away from the enormous shopping area that was part of Singapore's Changi Airport. “C'mon you two, ignore the shopping and let's head toward the baggage claim. Dr. Timothy will be waiting for us.”

Dr. Timothy Chan was an old friend of the Irwins'. He had worked as a reptile keeper at Australia Zoo for three years, and was now based back in his home country. In two days' time he'd be opening a brand new reptile park on the beautiful island of Pulau Ubin.

The Irwins had been invited by Dr. Timothy to attend the official opening of the park. So not only were they excited about seeing Dr. Timothy again, they were going to see a whole lot of reptiles, which was doubly exciting.

After grabbing their luggage, the Irwins went through to the arrivals area and, as promised, Dr. Timothy was there, a big smile on his face.

“Terri, Bindi, Robert! Welcome to Singapore!” He gave them all a hug. “You kids are getting bigger and stronger every time I see you. You'll be helping your mum catch crocodiles in no time.”

Bindi was eager to set her friend straight. “We already do, Dr. Timothy.”

Robert was not going to be left out. “Me too. Last time we went on a croc research trip, I helped too.”

Dr. Timothy smiled. “Now why doesn't that surprise me? Well, you kids will come in very handy at the Pulau Ubin Reptile Park,” he said. “We've got a few crocs, a few goannas, three sailfin lizards, four different species of frogs, salamanders, rainforest dragons, and of course, we haveâ”

“Komodo dragons!” Bindi and Robert finished his sentence for him.

The Komodo dragon was Dr. Timothy's favorite reptile. The largest lizard in the world had been an obsession of his since he was a young boy. He had learned everything he could about the lizards, and was now one of the world's foremost authorities on the creature. No one knew more about Komodo dragons than Dr. Timothy!

“Well, let's get out of the airport. I thought I'd take you straight to the island so you can have a look around.” Timothy looked at the Irwins, who were nodding enthusiastically. “Unless you're feeling tired, and I should take you to your hotel first?”

“No way! We want to see your reptiles!”

“I thought you might say that.” He grinned. “Well, it's an interesting ride. I'll drive us to the ferry terminal, and from there we can take a bumboat over to the island.”

Robert grinned from ear to ear. “Did you say bumboat?”

Timothy directed his guests out of the terminal and into the humid Singapore air of the parking lot. “Yes, a bumboat. They're traditional barges that have been used around the islands and on the Singapore River for hundreds of years. They're also called
tongkangs
or
twakows
.”

Bindi couldn't let the joke end there. “Will we be traveling by bum-car, Dr. Timothy? Or bumcycle?”

Robert snorted with laughter, and Bindi dissolved into giggles.

Terri just looked at her kids. “Sorry, Timothy. My children areâ¦well, children, and any word with bum in it seems to be too darn funny for words.”

He smiled at the kids, who were still doubled up with laughter. “Ah, I'm afraid this word is so familiar to me, I didn't realize it could also be funny.” He considered it for a moment. “Yes, I guess it is sort of humorous.”

He pointed in the direction of his car, and the four walked toward it.

“Here we are.” Dr. Timothy grabbed their luggage and piled it into the trunk. Unlocking the doors, he gestured to the Irwins. “Your
bum
station-wagon awaits.” The ferry ride out to Pulau Ubin was short, but it was a refreshing journey after being cooped up in an airplane for so long. The scenery was beautiful. Dr. Timothy pointed out the pretty Changi coastal areas, and the coastline and mountainous regions of nearby Malaysia. The tranquillity was often interrupted by enormous jets flying overhead, but it all added to the excitement of the place. They were a world away from Australia Zoo, and it felt like an adventure was about to begin!

The ferry terminal was a hive of activity. There was another bumboat already docked, and couriers leaped on and off three smaller boats, unloading boxes and various equipment onto the wharf.

Dr. Timothy looked on, scratching his head in amazement. “I can't believe we're so close to opening. I've been working toward this for so many years.”

Terri smiled at her old friend. “And we're thrilled to be here to watch it happen, Timothy.”

Timothy turned to the kids. “Are you ready for the tour?”

“You bet!” they chorused.

Timothy began to guide them toward the entrance gate, where workmen were putting the finishing touches to the admissions desk. “Okay then, I think we should start with the amphibian exhibit overâ”

Dr. Timothy visibly sagged at the sound. He pasted a smile on his face and turned to his guests. “Ah, I must introduce you to our esteemed patron.”

“Well, well, this must be the famous Irwin family. How nice of you to visit our little island,” said the small woman with the extremely large voice. She tottered over to them on her high heels. She wore an expensive-looking leather jacket and skirt, and her sleek black hair was scraped back in a tight bun.

“Terri, Bindi, Robert. May I introduce you to Mrs. Cynthia Yeoh.”

The Irwins subconsciously moved away from Cynthia Yeoh rather than toward her. “G'day, Mrs. Yeoh.” Bindi tried to be polite, but there was just something a little “ick” about the woman.

Terri put out her hand to shake Cynthia's, but Cynthia moved in and gave all three of them a hug. It was the most unwelcoming limp hug any of them had ever experienced. Her clothes were cold to the touch. It was almost like she was wearingâ¦

“Ewww, are you wearing snakeskin?” Robert screwed up his face at the thought.

Cynthia let out a high-pitched laugh. “Of course I am, darling boy. If I can't wear snakeskin at a reptile park, where can I wear it?” She laughed again.

The Irwins didn't share her sense of humor, and looked at Dr. Timothy, speechless.

He tried to smooth things over. “Cynthia has helped us raise funds and awareness for the reptile park,” he explained. “Her husband, Mr. Jack Yeoh, is Minister of Planning and the Environmentâ”

“It's true, but everyone knows I do all the work around here!” Her shrill laugh filled the air again.

Robert couldn't help himself. He put his hands over his ears. She would give a flock of galahs a headache!

Dr. Timothy continued. “Yes, she has been extremely helpful. Andâ”

“And tomorrow night I'm hosting
the
social highlight of the Singaporean calendar!” She gave a grand sweeping gesture, as if she was addressing a theater full of people.

“Oh, that's nice,” Terri said. She turned to Dr. Timothy to ask him to begin the tour of the grounds, but Cynthia interrupted once more.

“It's for the opening of the park, of course, and there will be a traditional Chinese banquet at my home. A who's who of the Singaporean social scene will be there. My husband is away on business, but everyone else will be there. And mediaâthere will be
tons
of media! You will be my guests of honor. I won't take no for an answer.” Her head swiveled around as she caught sight of a passing employee. “Rupert,” she screeched to him. “Get one of the boys to empty his boat. I need to get back to the mainland pronto!”

She tottered off toward the ferry with a dismissive wave to Timothy and the Irwins, who felt like they'd just been hit by a mini tornado.

Deadlocked 6 by Wise, A.R.
B00CO8L910 EBOK by Karalynne Mackrory
The Lord Bishop's Clerk by Sarah Hawkswood
Rocky Mountain Lawman by Rachel Lee
What Can I Do When Everything's On Fire?: A Novel by Antunes, António Lobo
Scary Mary by S.A. Hunter
High Heels in New York by Scott, A.V.
Token Vampire (Token Huntress Book 2) by Kia Carrington-Russell
Studio Sex by Liza Marklund
Creeping Shadow (The Rise of Isaac, Book One) by Peckham, Caroline