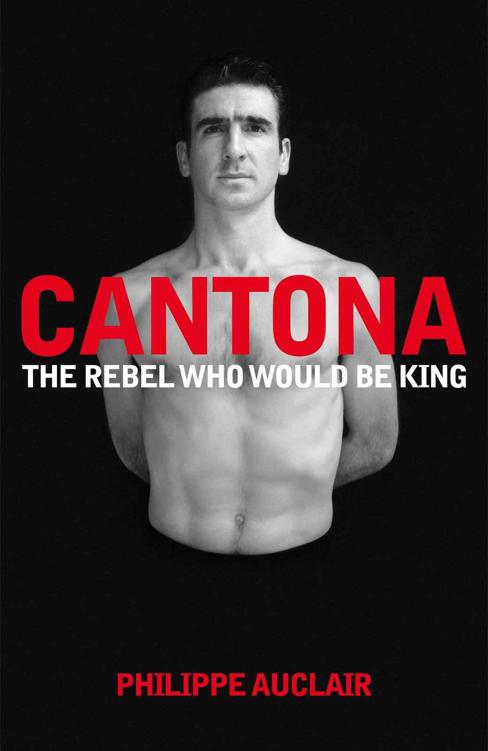 THE REBEL WHO WOULD BE KING

First published in paperback 2009 by Macmillan

The right of Philippe Auclair to be identified as the author of this work has been asserted by him in accordance with the Copyright, Designs and Patents Act 1988.

To Jean-Marie and Marion Lanoé 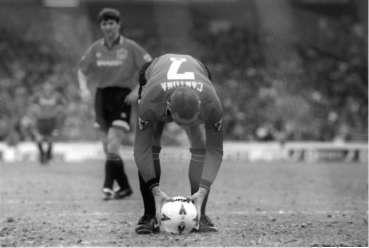 5. THE VAGABOND 1: MARSEILLES AND BORDEAUX

7.
THE VAGABOND 3: MARSEILLES, AGAIN, AND NÎMES

10. FAREWELL TO DREAMS: EURO 92 AND EXIT FROM LEEDS

13. THE WORST NIGHT OF ÉRIC’S LIFE

17. THE AFTERMATH AND THE RETURN OF THE KING: APRIL–DECEMBER 1995 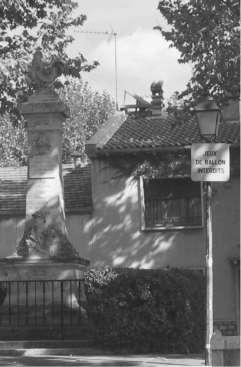 I’d originally thought of giving this book a different title:
The Life and Death of a Footballer.
This was not to satisfy a desire for gratuitous provocation. Éric Cantona, the footballer, really died on 11 May 1997, when he swapped his Manchester United jersey with an opponent for the last time.

Throughout the three years that this book took to research and write, the idea that this ‘death’ – a word Cantona himself used liberally when speaking of his retirement – was also a suicide became a conviction of mine. In January 1996, when he was at the height of his powers, he turned down the chance to rejoin the France team. He chose not to be part of an adventure that would lead to a World Cup title in 1998. Why and how you shall see for yourselves. At this stage, it should be enough to say that this apparently incomprehensible decision fitted in with the strange logic of his progress so far, an eccentric parabola the like of which French and English football had never seen before, and are unlikely to see again.

There have been many accounts of Cantona’s life, perceived failings, failures and achievements over the years; too many of them published in the immediate wake of his prodigious success with Manchester United to stand the test of time. Some have focused on his ‘troubled personality’, and sought clues to his ‘instability’ and tendency to explode into violence. Others were mere picture books or collections of match reports which could only satisfy the hungriest and most easily sated of fans. Some (particularly in France) were attempts to make a martyr of him, a victim of the establishment or of xenophobia. Others deplored the self-destructive undercurrent in his character, which had prevented him from becoming one of the game’s all-time greats.

One thing united these attempts at making sense of the man who transformed English football to a greater extent than any other player of the modern age: as I soon discovered, even the most thoughtful and penetrating of them were reluctant to question the mythical dimension of Cantona. To question – not to deny, as so many of his deeds instantly became, literally, the stuff of legend.

Éric himself helped build this legend. His sponsors exploited it with glee. It provided writers with tremendous copy. A strange balance was thus found: it was in nobody’s interest to look beyond the accepted image of a prodigiously gifted maverick, a gipsy philosopher, a footballing artist who could be exalted or ridiculed according to one’s inclination or agenda. Cantona attracted clichés even more readily than red cards.

I’ll not claim to have unearthed a truth that had proved elusive to others; my ambition was to write this work as if its subject had been a sportsman (or a poet, or a politician) who’d left us a long time ago. Which, in Cantona’s case, is and isn’t true. It is true because he scored his last goal in competition twelve years ago and because the Éric who still exerts such fascination, the Éric one wants to write and read about, ceased to exist when he last walked off the Old Trafford pitch. What followed – his efforts to turn beach soccer into an established sport, which were remarkably successful, and his attempts to be accepted as a bona fide actor, which were largely ignored outside of France – are part of another life, a life after death if you will, which I will only refer to when it has a relevance to what preceded it. It isn’t true because his aura has not dimmed since he stopped kicking a football. Manchester United fans voted him their player of the century several years after he’d retired, ahead of the fabled Best-Law-Charlton triumvirate. More recently, in 2008, a poll conducted in 185 countries by the Premiership’s sponsor Barclays found him to be this competition’s all-time favourite player. That same year,
Sport
magazine chose the infamous Crystal Palace ‘kung-fu kick’ as one of the 100 most important moments in the history of sport. Ken Loach has made him a central figure in his latest film,
Looking for Éric.
The ghost of Éric Cantona will haunt us for some time to come.

True, legends have a habit of growing as actual memories are eroded by time. But I didn’t want to ‘debunk’ this legend: those looking for scandalous titbits and innuendo will be disappointed, I’m afraid. But I wished to interrogate the myth and chart Éric’s steps from promise to damnation, then redemption and idolatry, with the exactness of a mapmaker. What I can promise is that there will be a few surprises along the way.

The first decision I took was an easy one for me, even though it intrigued several of my friends, and will puzzle a number of readers. I informed Éric Cantona that I was writing a book about him, first by fax through a mutual acquaintance, doing it twice for good measure, then in person, on the occasion of one of his regular visits to England. I was told that he was aware of my project and that I could consider this an unspoken assent. I had confirmation of this when he thanked me for my undertaking during one of his visits to England, and that was that.

He had, after all, already put his name to an autobiography published shortly after he’d won his first title with Manchester United in 1993,
Un Rêve étrange et fou
, which was so haphazard in its overall conception, and so inaccurate in its detail, that it clearly showed that the idea of going over the past made little sense for him. I was also wary that his entourage might try to exert a control over the finished work that I wouldn’t be willing to accept. Éric’s previous chroniclers have all encountered the same problem: their subject has been demonized to such an extent that those who love him feel a natural urge to protect him with a fervour bordering on fanaticism. To achieve what I’d set out to do, I had to refuse to choose a camp, something which would have been impossible had Cantona himself been looking over my shoulder. In fact, he’d have been holding my pen.

I must conclude this short foreword with a word of apology and a recommendation. I know that it is not customary for a biographer to appear as transparently in his narrative as I do in these pages, but I strongly felt,
mutatis mutandi
, that my own experience of England, where I settled five years before Éric, could inform what is also a reflection on exile in Britain. Following Erik Bielderman’s advice, I also took the liberty to extract from my original draft a number of digressions – some of them of an anecdotal nature, others more akin to essays – which, whilst giving a sense of context to Éric’s story, would also have interrupted the narrative flow: the first of these is both a coda to this foreword and a prelude to what follows. The reader should feel free to skip these asides and peruse them at leisure should he or she feel so inclined, which is very much my hope. But I must now leave the stage to the man who really matters: Éric Cantona, and start where it all started, a rocky spur above Marseilles, a city unlike any other, where a footballer unlike any other was born.

The Jilted Bride by Richards, Shadonna
Summer Lovin by Carly Phillips
The Daring Exploits of a Runaway Heiress by Victoria Alexander
What You See by Ann Mullen
Wizard of Washington Square by Jane Yolen
The Byram Succession by Mira Stables
In the Way by Grace Livingston Hill
Brooklyn Graves by Triss Stein
That's What's Up! by Paula Chase
Tuck's Treasure by Kimber Davis